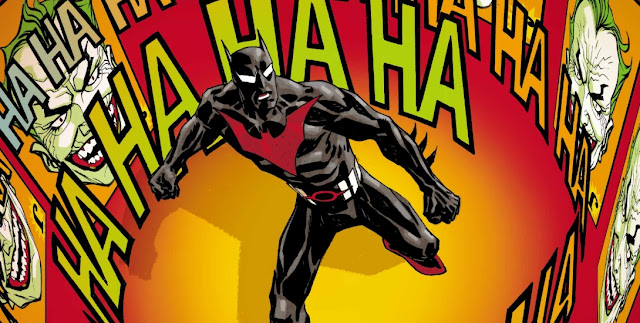 “The Final Joke” – Part One 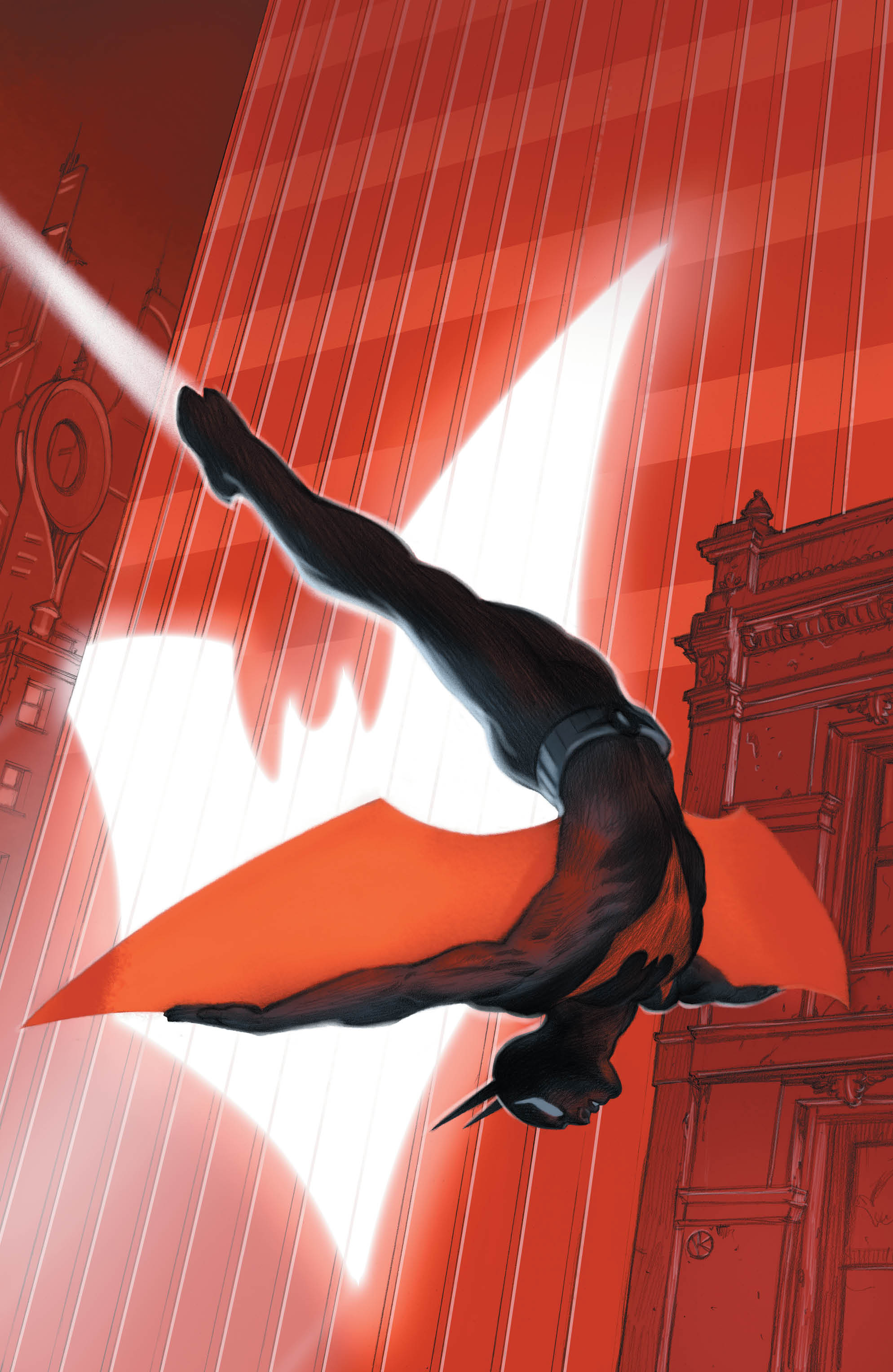 It’s very rare for an issue to feel like it’s on this grand a scale. For the twenty fifth anniversary instalment, Dan Jurgens has stuffed in extra greatness, not just extra pages. The entire issue is a gift to the readers. We see a sweeping history of Batman, from his earliest days with an eager young Dick Grayson beside him. We see the story of how Gotham grew from the seat of depravity that it was, into the technological marvel of the future. All the while we see a reunion and a memorial, but the joke is on Batman this time around.
It’s a real testament to Jurgens that he’s able to understand a lot of things all at once. His knowledge of exactly where certain characters are as time passes and his complete understanding of current comics continuity, allows the seamless move from past to future. Understanding how something as rooted in the city of Gotham as its intense crime could go, is what brings this version of the future to life. 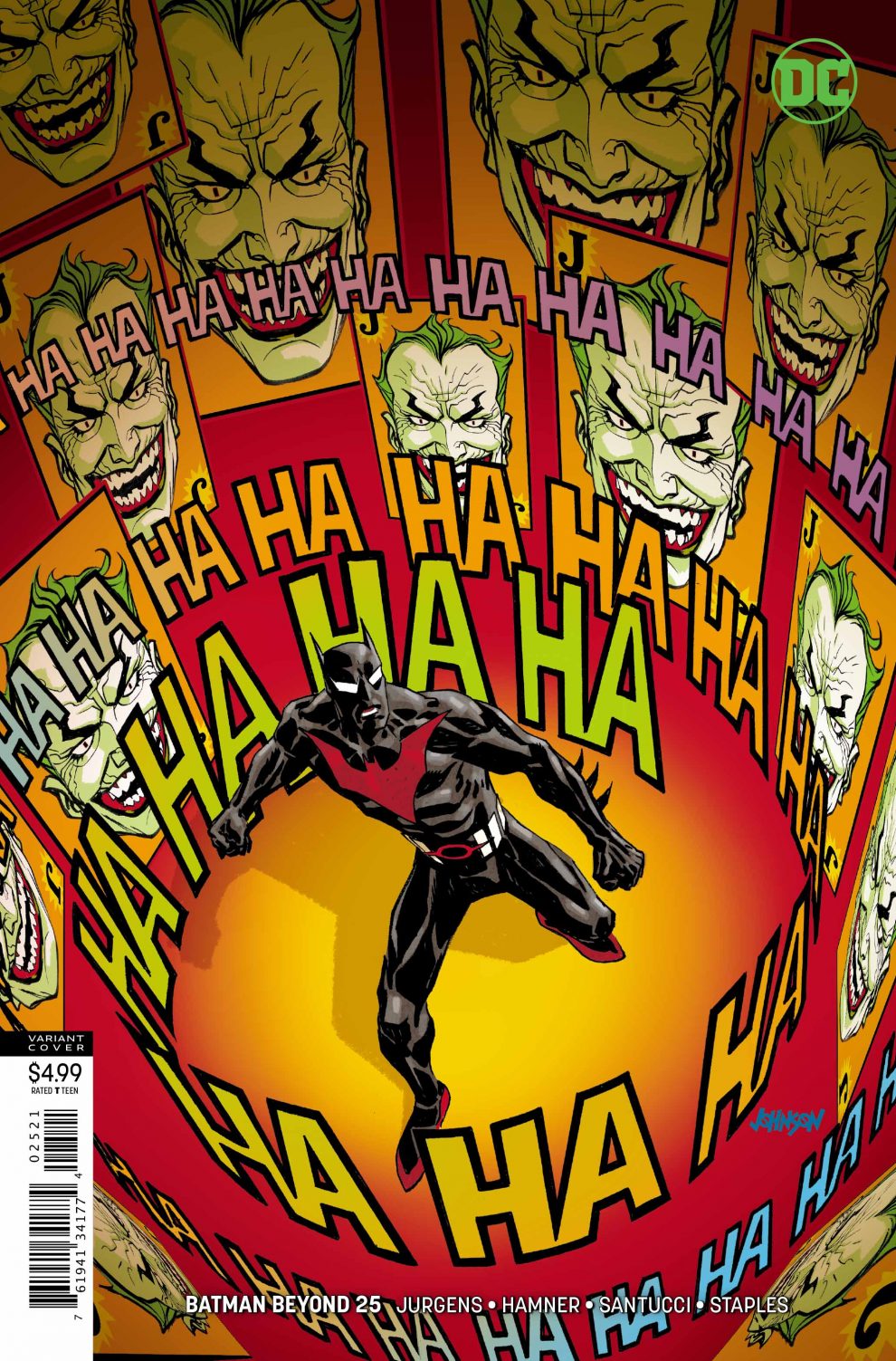 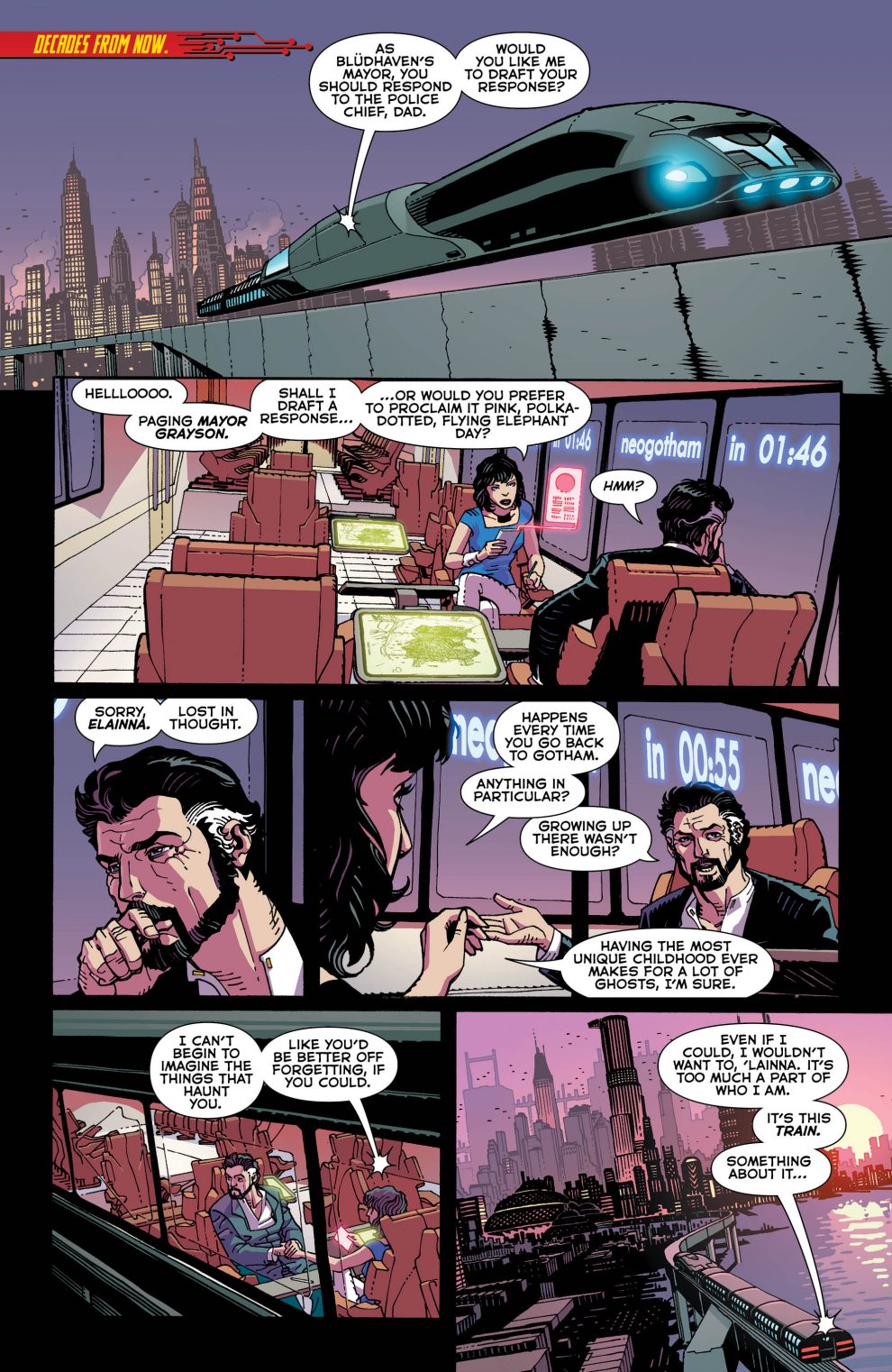 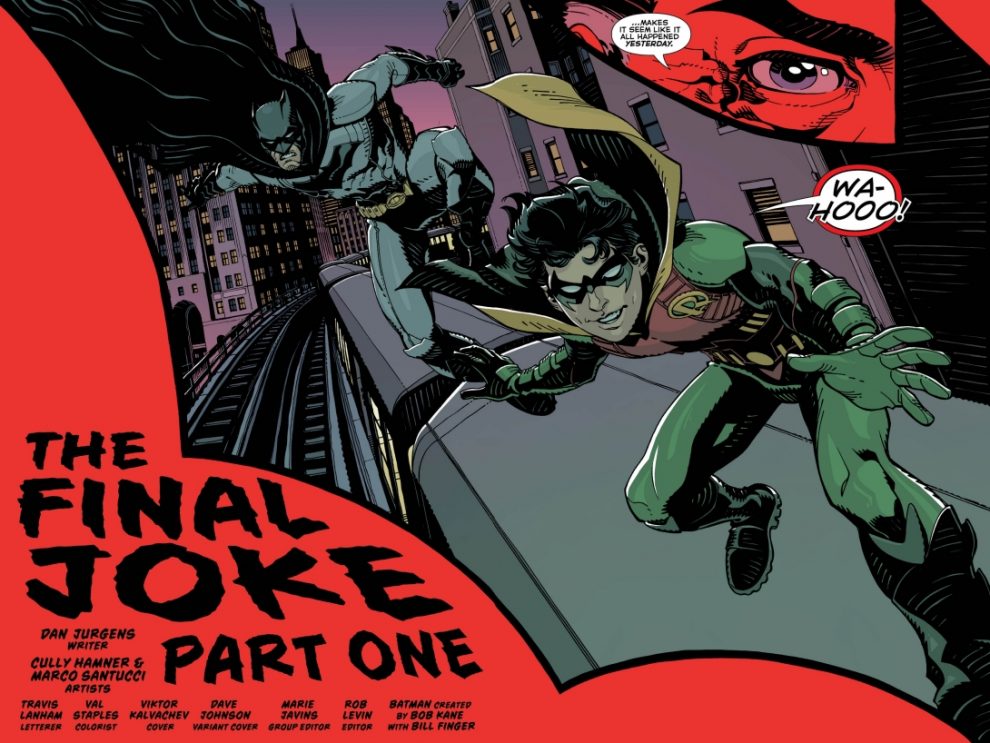 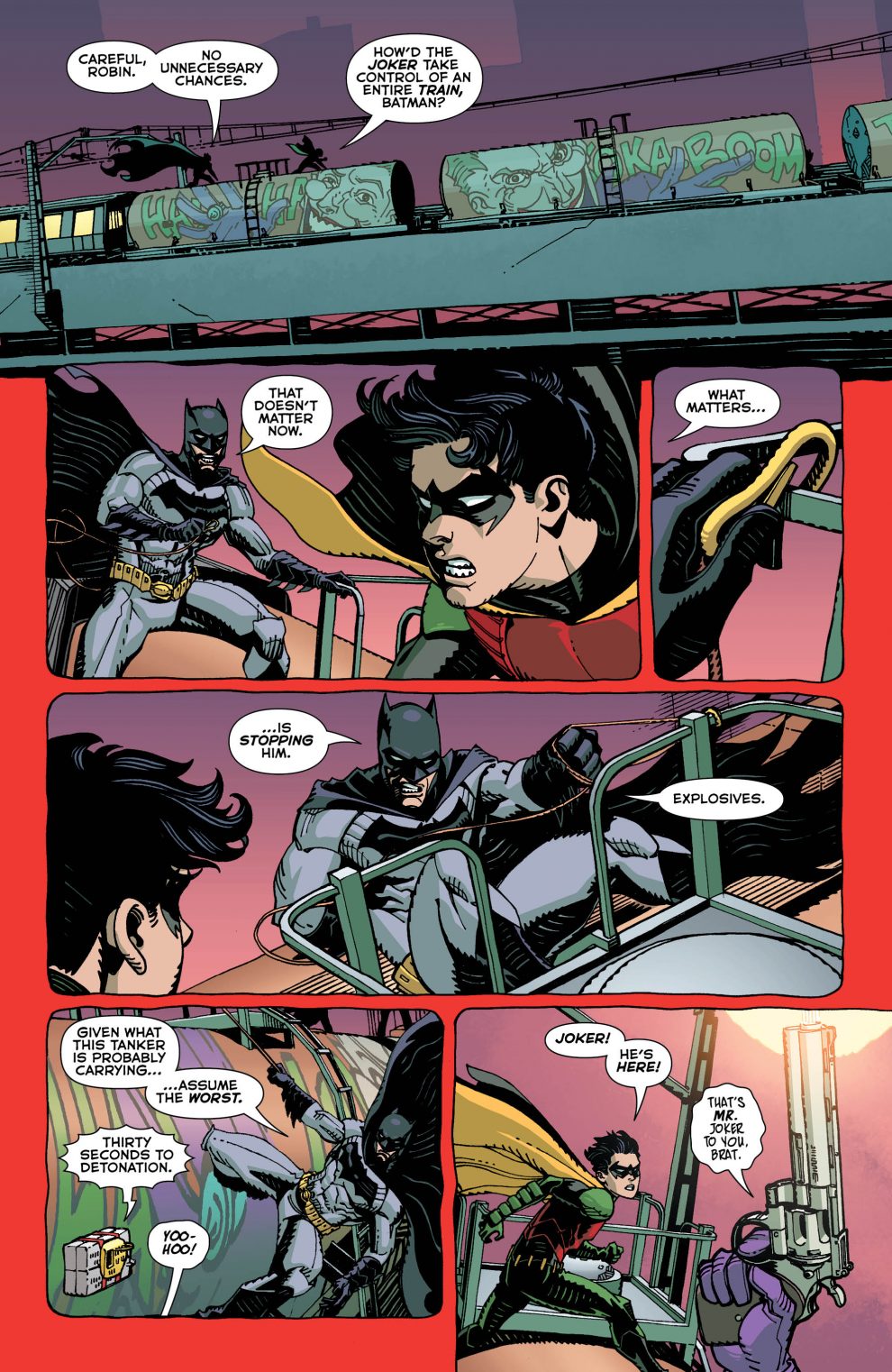 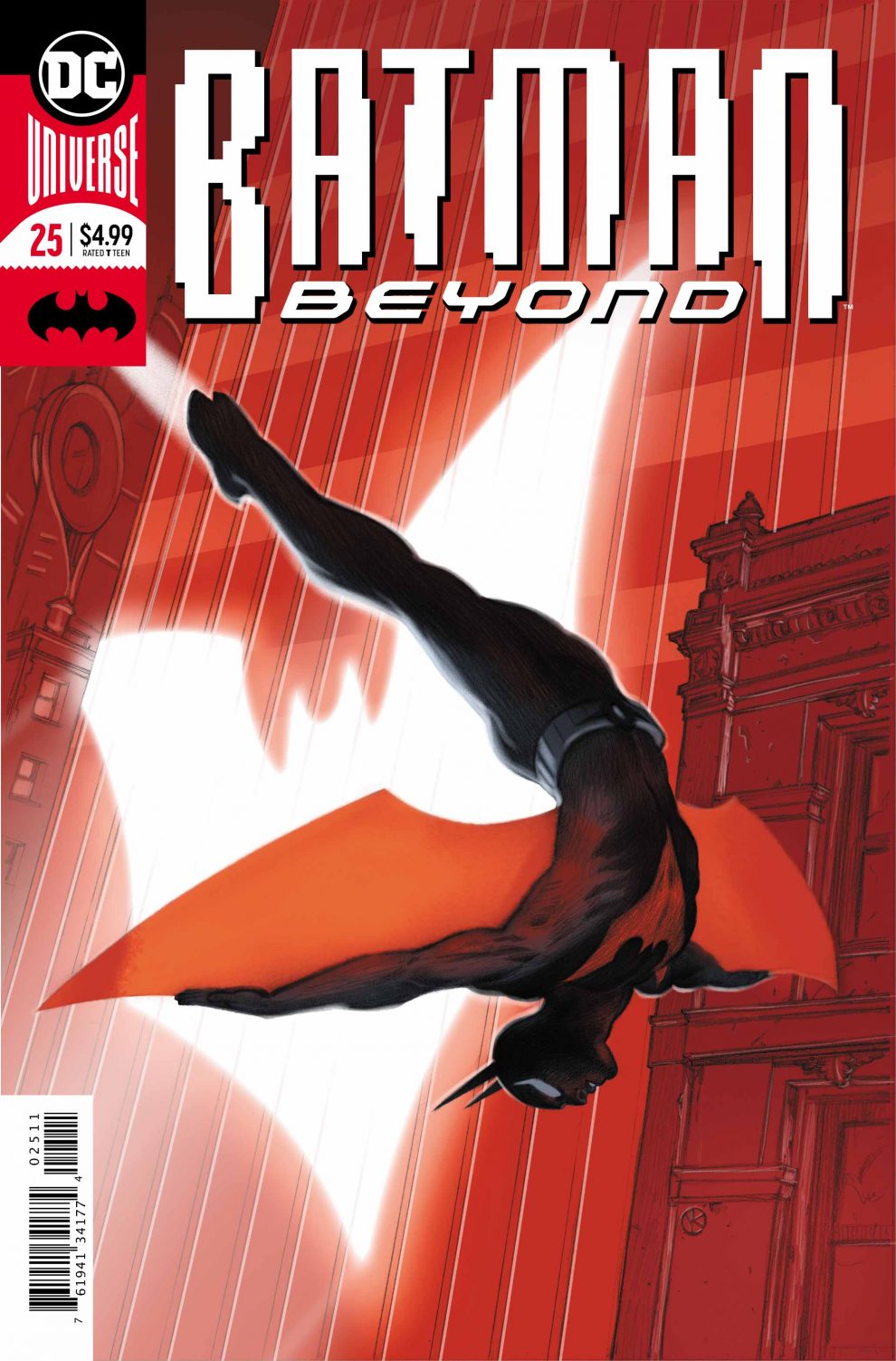 Add to that the art team’s perfect murals of Batman, past and future, and the differences in time, shown by the differences in art style, and we get a first rate tale. All of this comes together as a journey we readers take together on a train through Gotham, learning the reasons why that world is as it is.

The joke is on us if we thought there’d be peace forever. The whole issue builds tension up to a cinematic crescendo. The conclusion hits you as everything that was being built comes crashing down, and the facts that the world is built on is torn out from under us.
Why is he here? What does he want? Why does he have to be wearing that shirt? You’ll understand when you read the issue, and shout angry vowels at the air, as Jurgens leaves us hanging. Again.