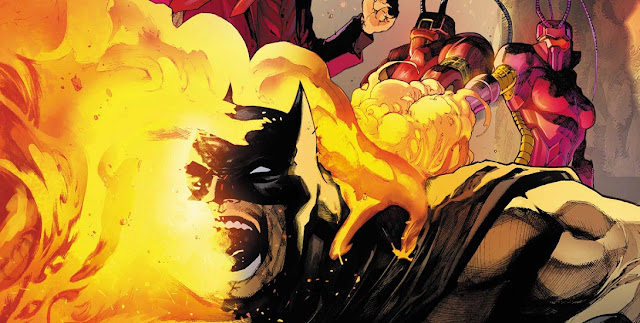 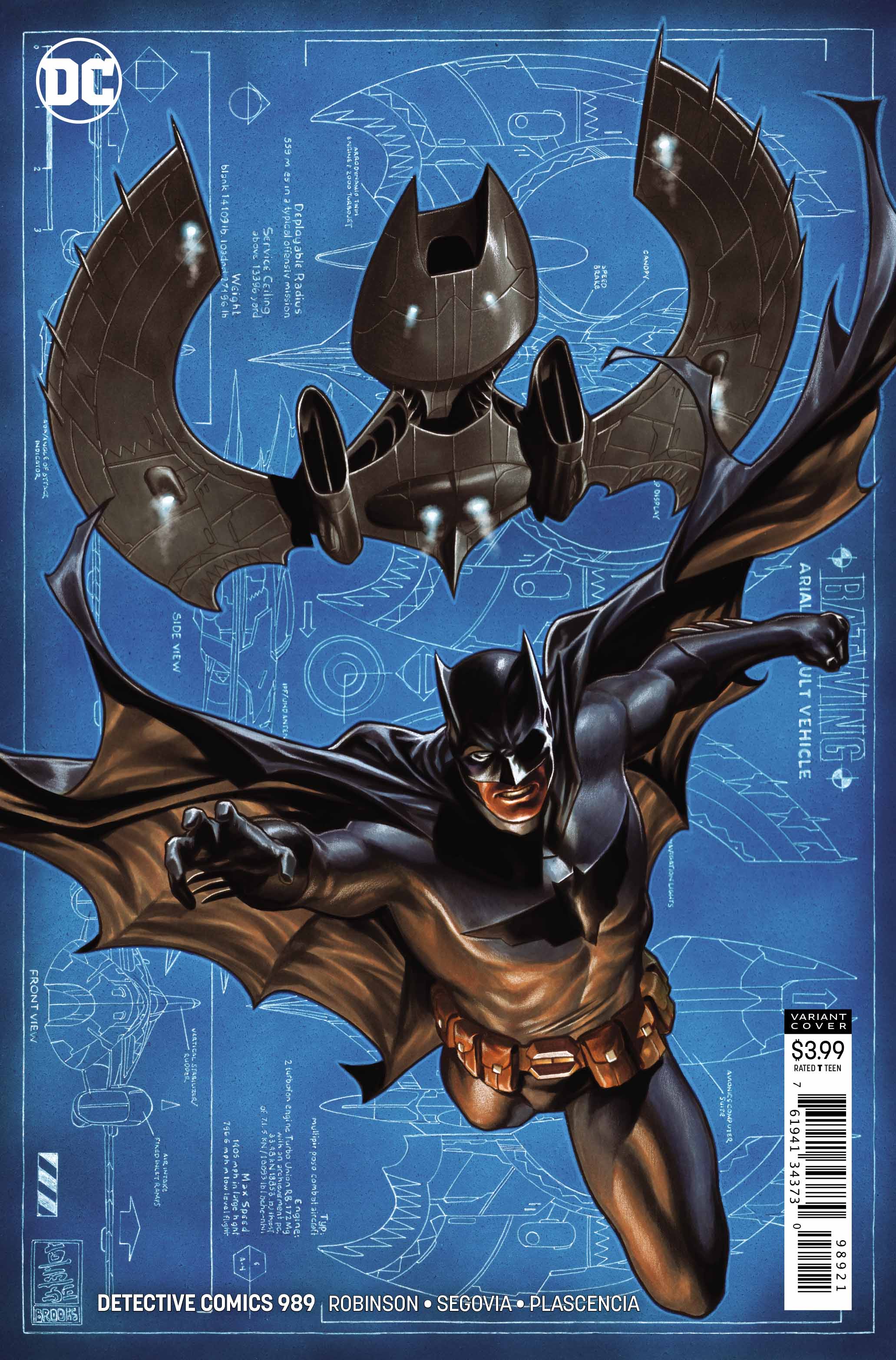 Writer: James Robinson
Artists: Stephen Segovia & Ivan Plascencia
Review by Steve J. Ray
A murder victim who isn’t what he seems, a mystery within a mystery, and a pyromaniac double-act. This is where we left Detective Comics #988. What’s the deal with two Fireflies, a corpse that led a double-life and twin trouble makers TweedleDee and TweedleDum?
Is anyone else seeing a pattern developing?
I commented that the last issue wasn’t my favourite, and this instalment, while better than its predecessor, hasn’t done much to assuage my misgivings about this story-line. I’ve said for years that I miss good old fashioned detective stories in these pages. Batman has always been touted as being the World’s Greatest Detective, but it’s a side of him that we really don’t see enough of.
Talking to friends, and fellow comics critics, I know that this is a common sentiment. When ‘Tec #988 was released some applauded the fact that this is what we seemed to finally be receiving; Batman tracking clues and solving a mystery. No jokes, no riddles, no grandiose nefarious super-villain schemes. I knew going in that this was to be an unofficial sequel to writer James Robinson’s “Face The Face” so I wasn’t fooled. This story is following the old trope of the villain luring Batman in with clues.
After the last three plus years of innovation and new stories chock-full of fresh ideas this, to me, feels like a big step backwards for Detective Comics. 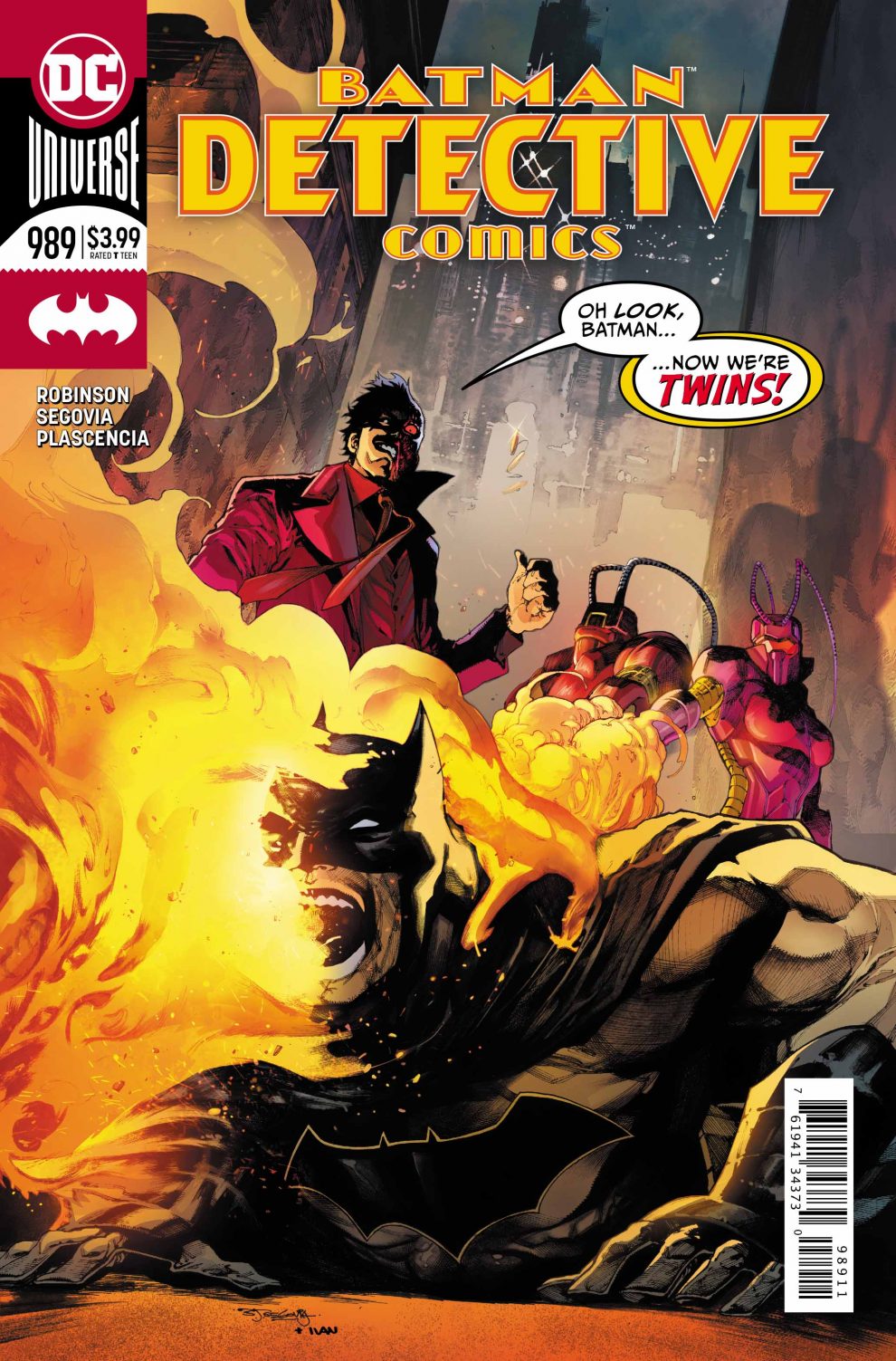 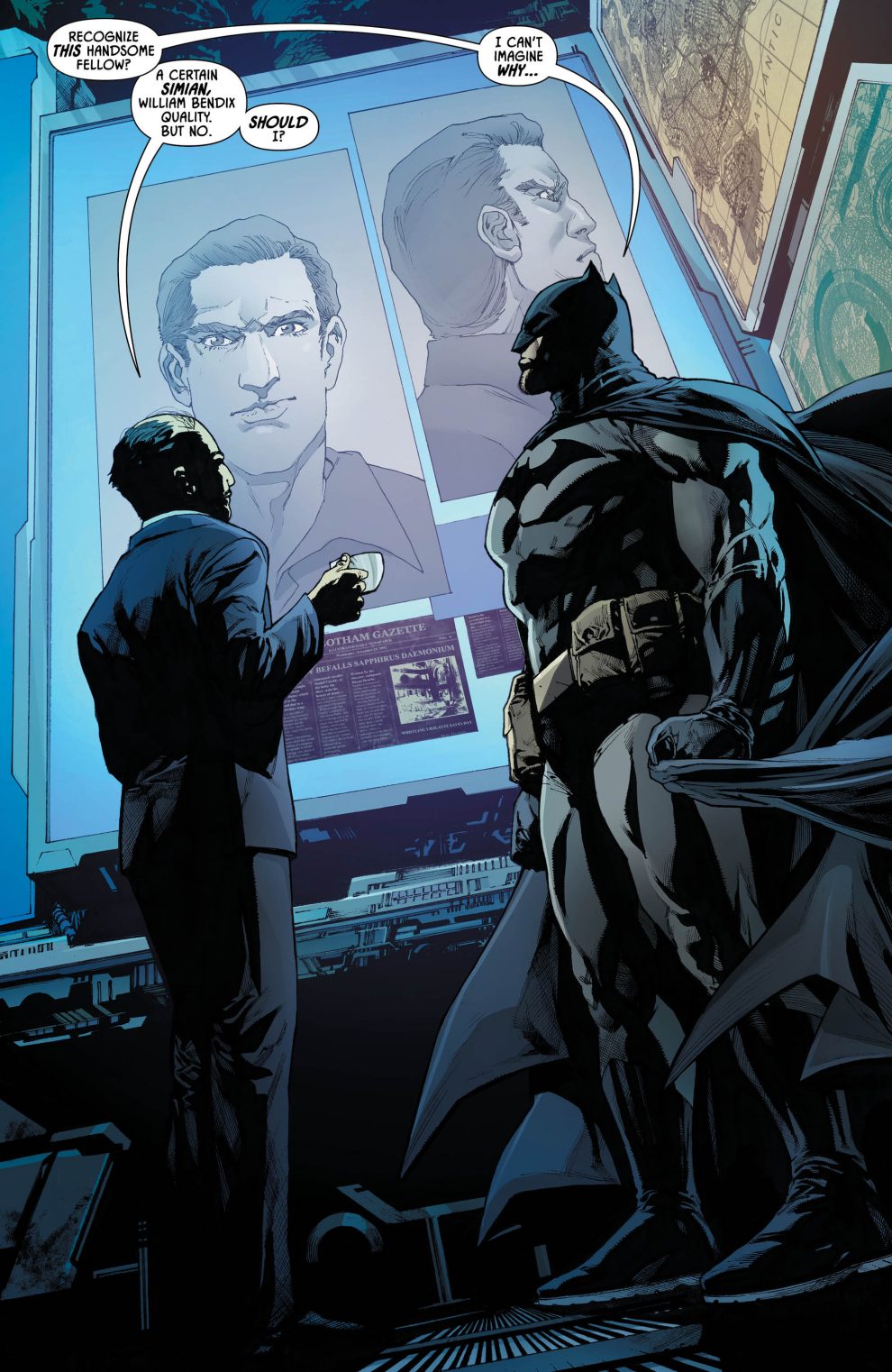 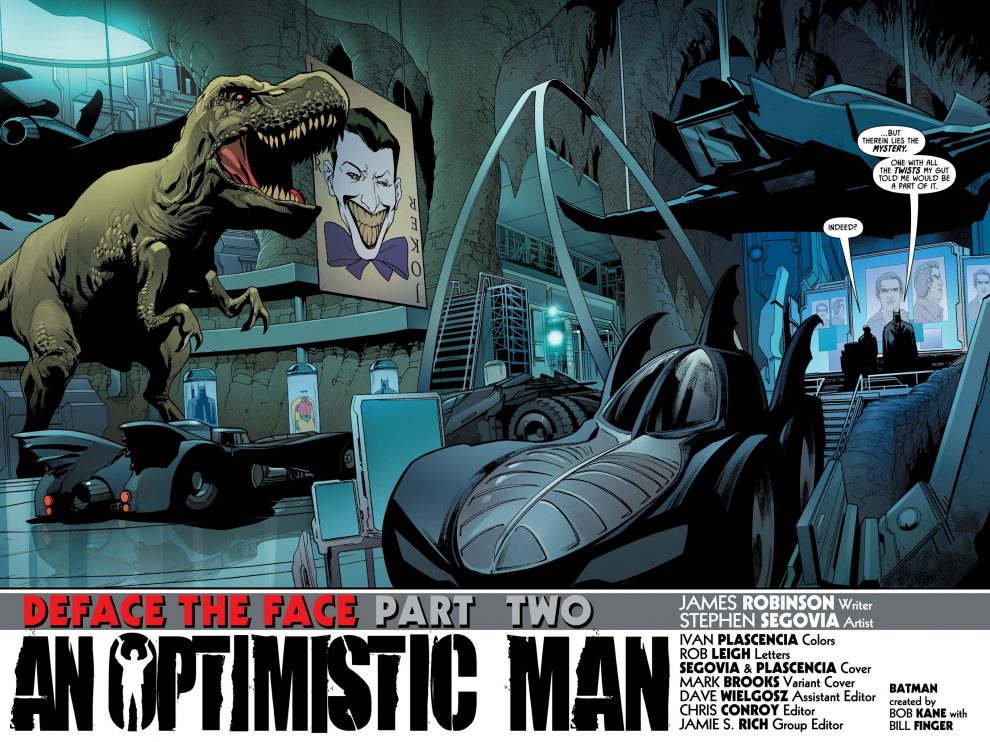 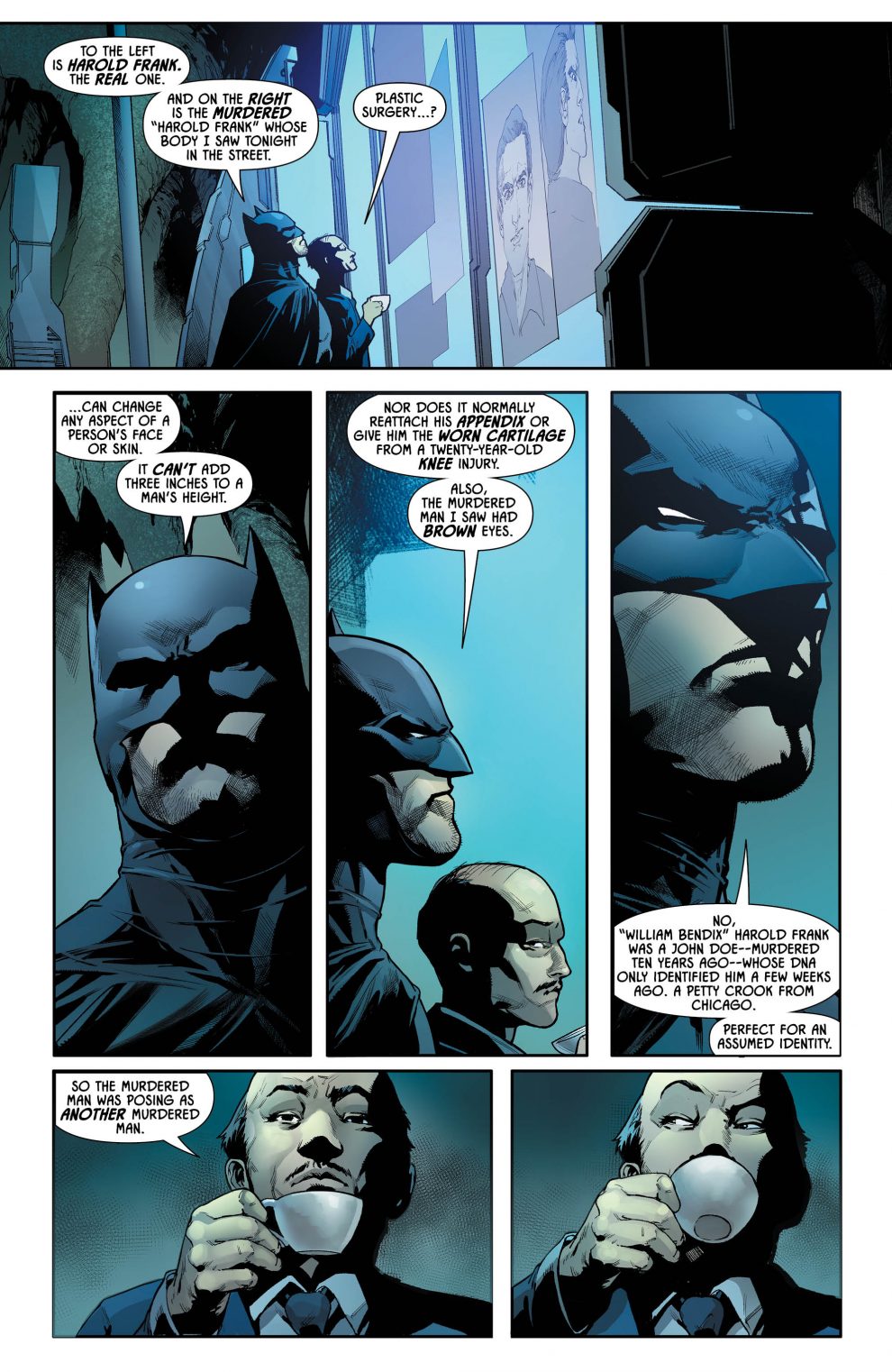 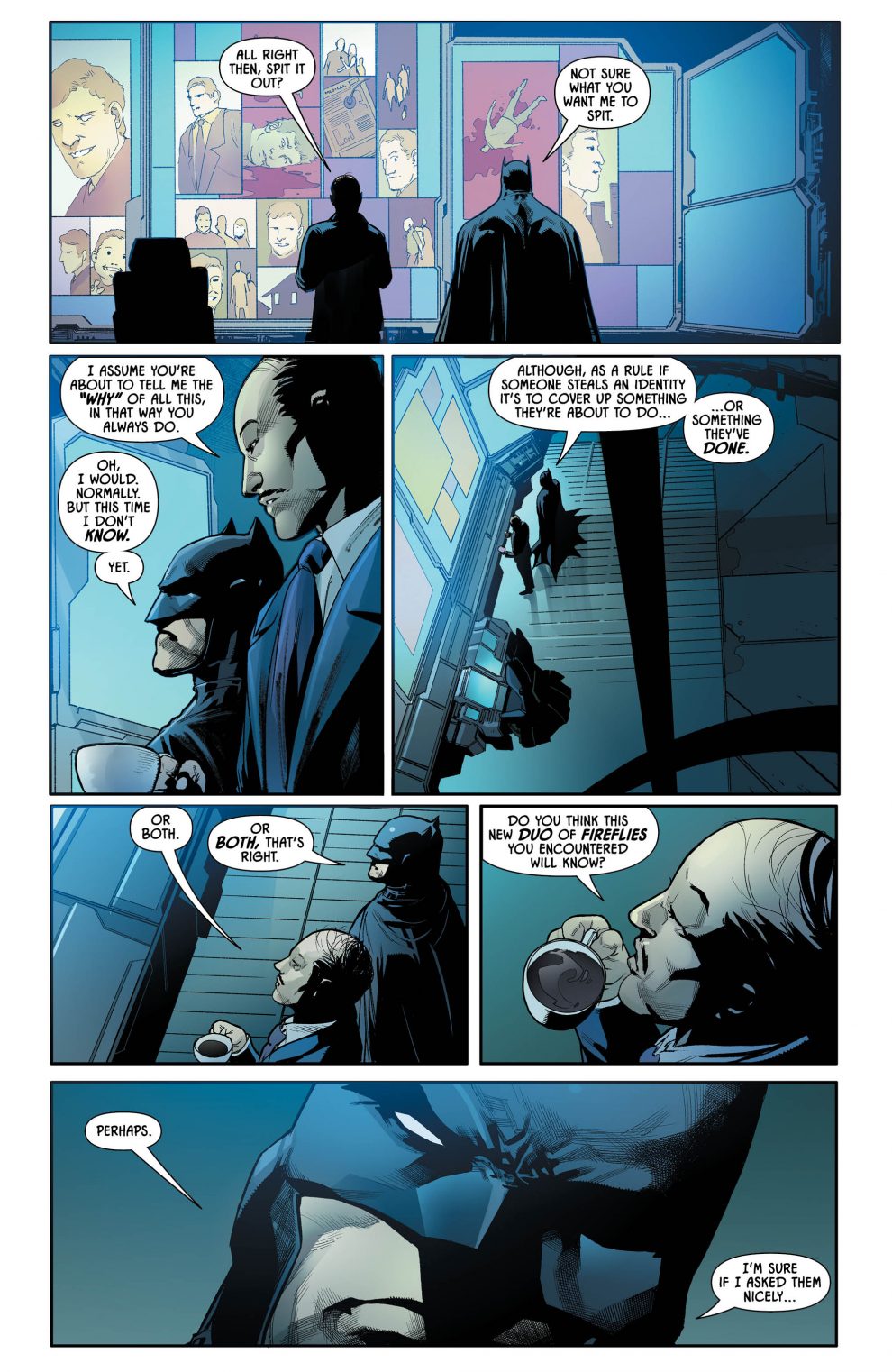 Where’s The Detecting In Detective Comics?

Of course it can be said that this title hasn’t really been a detective series for decades, but that’s OK as everyone knows that it stars Batman. I’m fine with it, as long as I’m still being entertained. While this isn’t close to being the worst story that’s been printed in the pages of this title, it’s far from the best. To be little bit kinder, though, I would still consider this a great story to give new readers keen to learn more about Batman.
The art in this story is, on the whole, pretty darned impressive. The one slight criticism I’d mention is that I can’t quite work out what Stephen Segovia is aiming for? His use of light, his layouts and composition are all terrific. What I don’t get is if he’s going for realism, heightened realism or caricature. I also review Batman: Kings Of Fear where Kelley Jones is at his freaky best.
Mr. Segovia’s art goes from super real one minute, to Balloon Batman the next. On page one (see above) Batman is a couple of tugs on the bicycle pump away from looking Liefeld-esque…(NOT a compliment). The same can be said about the first panel on page 11. Throughout the rest of the issue, though, he’s much more natural and realistic. On page 14 Batman is downright awesome! Maybe I’m nit-picking, but I’m a stickler for consistency.
What is excellent, page after page, and issue after issue, is the excellent work we get from color artist Ivan Plascencia and letterer Rob Leigh. These are two comics professionals who churn out gorgeous, flawless work every single time.

These two issues have not been terrible, but when every issue before them has been bordering on perfect I’d be lying if I said I wasn’t a little disappointed. I am keen to see what Mr. Dent is up to, but when Two-Face shows up as the main villain in chapter two I can’t help but feel in two-minds (sorry) about the whole endeavour.