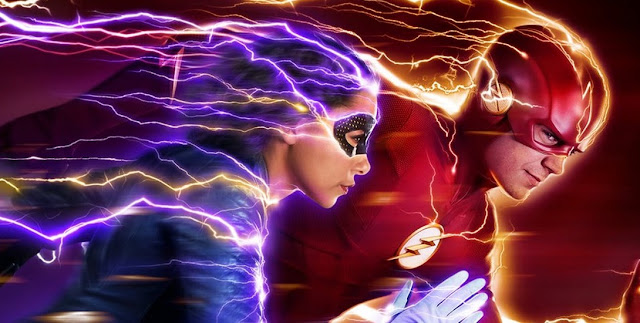 Holy future shock! Throughout season four of The Flash Barry Allen and the team kept encountering a young lady at CC Jitters. In the very last episode we discovered that she was none other than Nora West-Allen, the future hero who would come to be known as XS, and Barry and Iris’ daughter. We come into season five with this knowledge, but have to wonder why she has travelled back in time, knowing full well what messing with the timelines has led to in previous episodes. 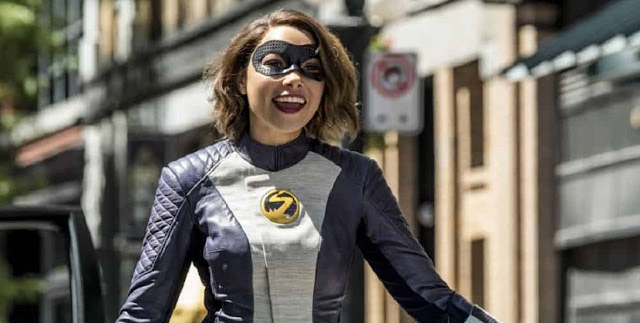 Team Flash Meets XS
This show has always given us personality, and this season premiere is no different. Nora is as well thought out and written as a character making her debut can be. Jessica Parker Kennedy is adorable, vulnerable and bad-ass all at once. Yes she’s a superhero, but she’s also a daughter and a human being. The young actress gives a great performance, showing us all those nuances without melodrama, angst or over exuberance. I see her fitting in really well with the team should her role be expanded further.
The other thing this show excels at is letting us see individuals coming together as far more than the sum of their parts. Ralph and his inability to process time travel and multiple realities is hilarious. Vibe after too much champagne is priceless. Joe, Cecile and Iris are Barry’s support system, and Caitlin – as always – keeps the whole unit functioning.
The episode gives us just the right balance of action humor and mystery. Seeds sown as to what me may expect further down the road, and the possibility of some huge threats are clearly looming on the horizon. 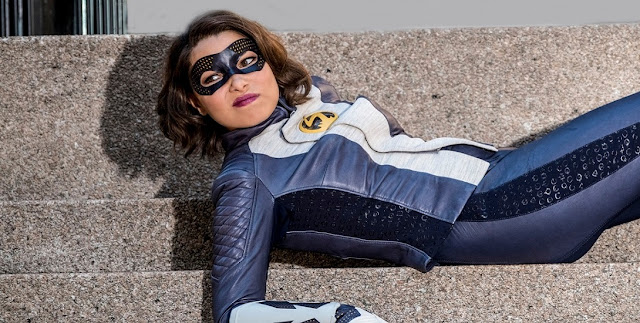 Nora’s Presence… and Nora’s Present
While I jumped for joy and literally punched the air when Nora gave her father… shall we call it a little gift? I’m really not sold on the new Flash costume. The color and lightning highlights are very cool, but I really don’t like the deep grooves on the forehead. The lack of chin-guard also reveals far too much of Barry’s face for my liking.
After the breakneck pace of the last few episodes of season four, this episode felt a little slow, but hey… this shindig is just getting started. A second viewing left me a lot happier as I picked up on more subtle references. The board has been set, but only a few pieces have been put into play. I think that this season’s black king has yet to make his full presence felt. 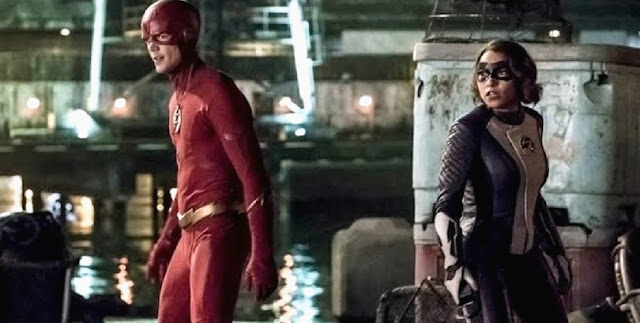 There Is No Fate
This was a fairly solid season opener. Pacing issues aside it left breadcrumbs to follow, reintroduced us to Team Flash, gave nods to the past (look out for the wonderful Tom Cavanagh moment) but still has it’s sights set firmly on the future. I’m looking forward to seeing what happens next. 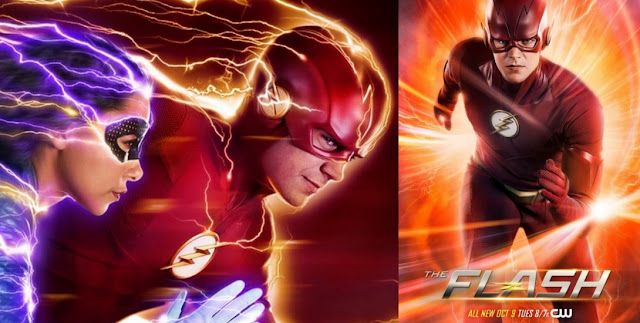 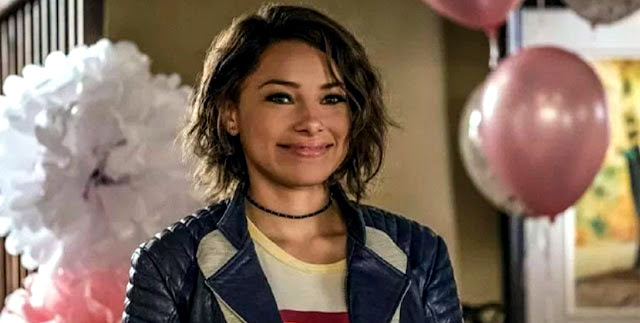