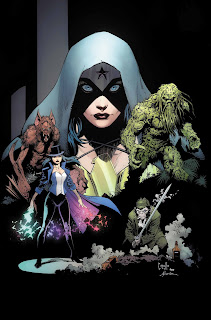 The Upside Down Man is here! The team of James Tynion IV, Álvaro Martínez Bueno, Raül Fernandez and Brad Anderson have been teasing his arrival for months now, and the suspense has been killing me. I’m incredibly happy (not sure if this is actually the correct word to use here… perhaps horrified would be more apt) to report that he totally lives up to his billing.
This character doesn’t just look scary, he IS scary.
He is also mindbogglingly powerful. The scenes where he almost effortlessly, deals with the entire league are terrifying. 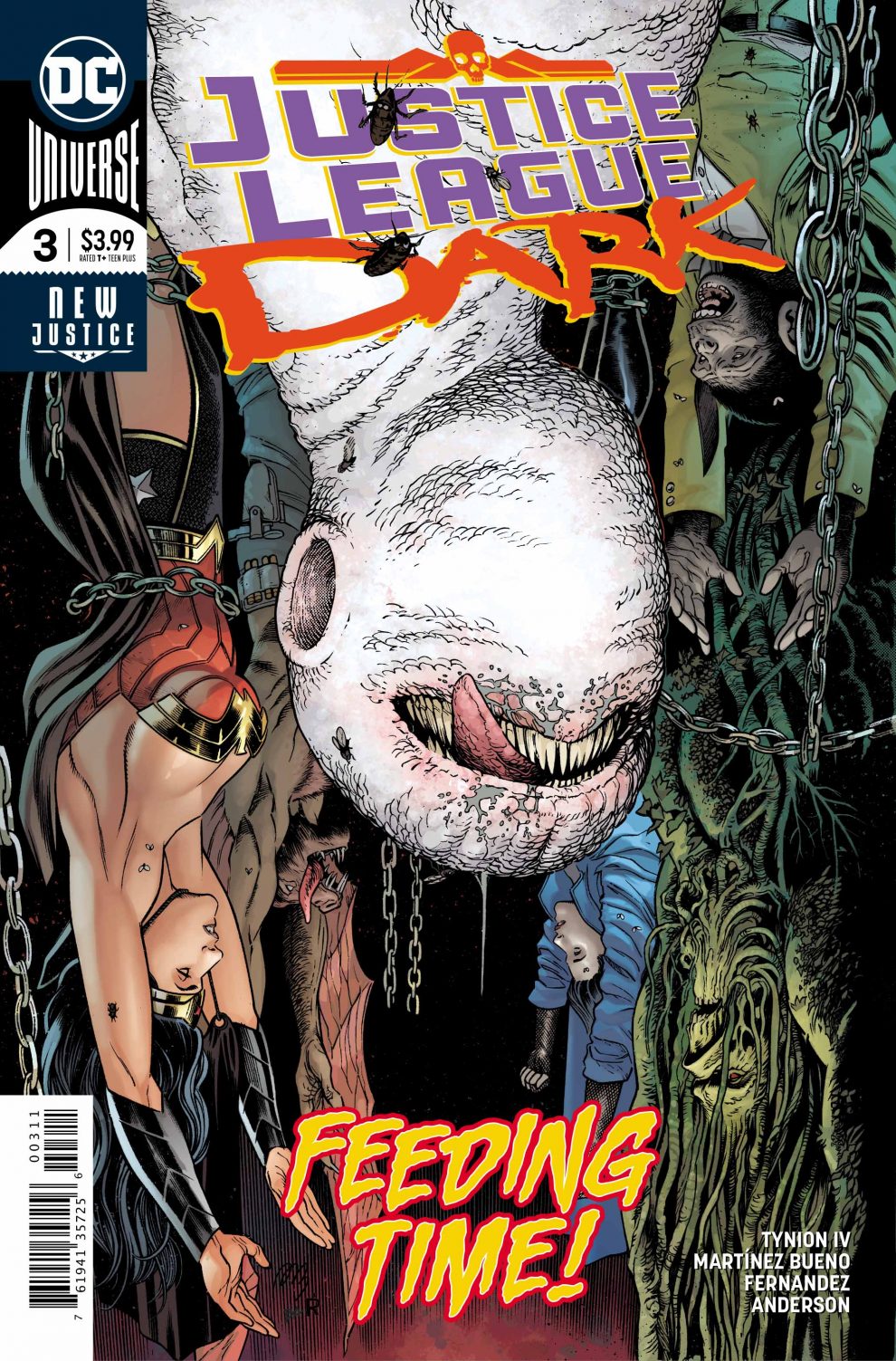 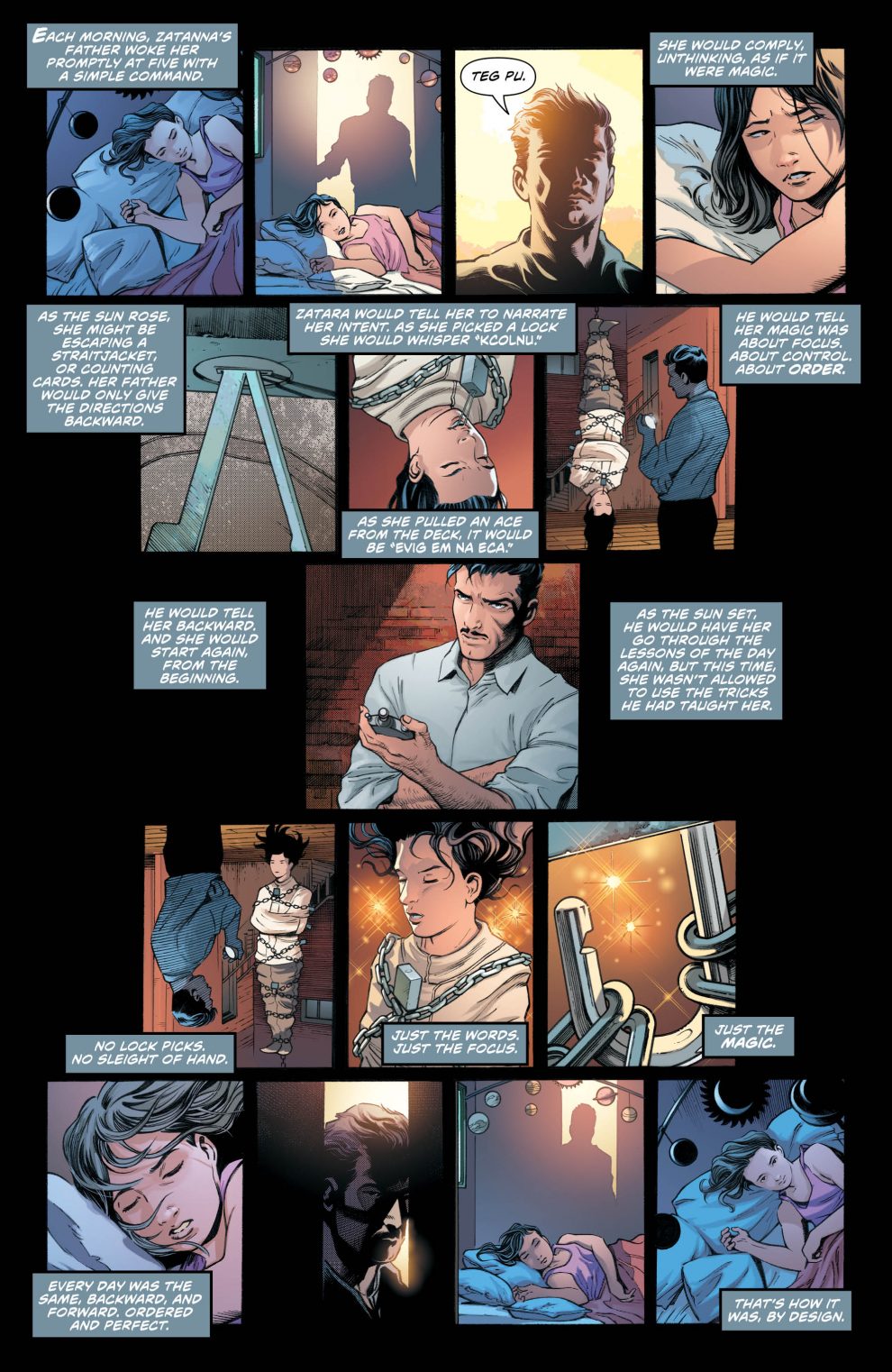 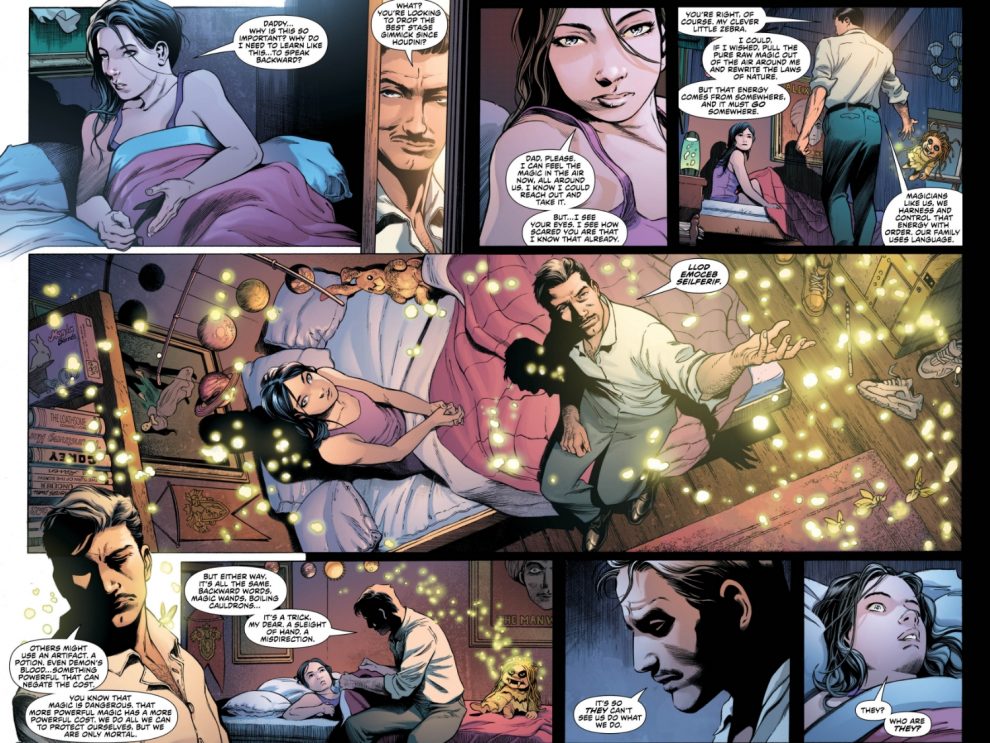 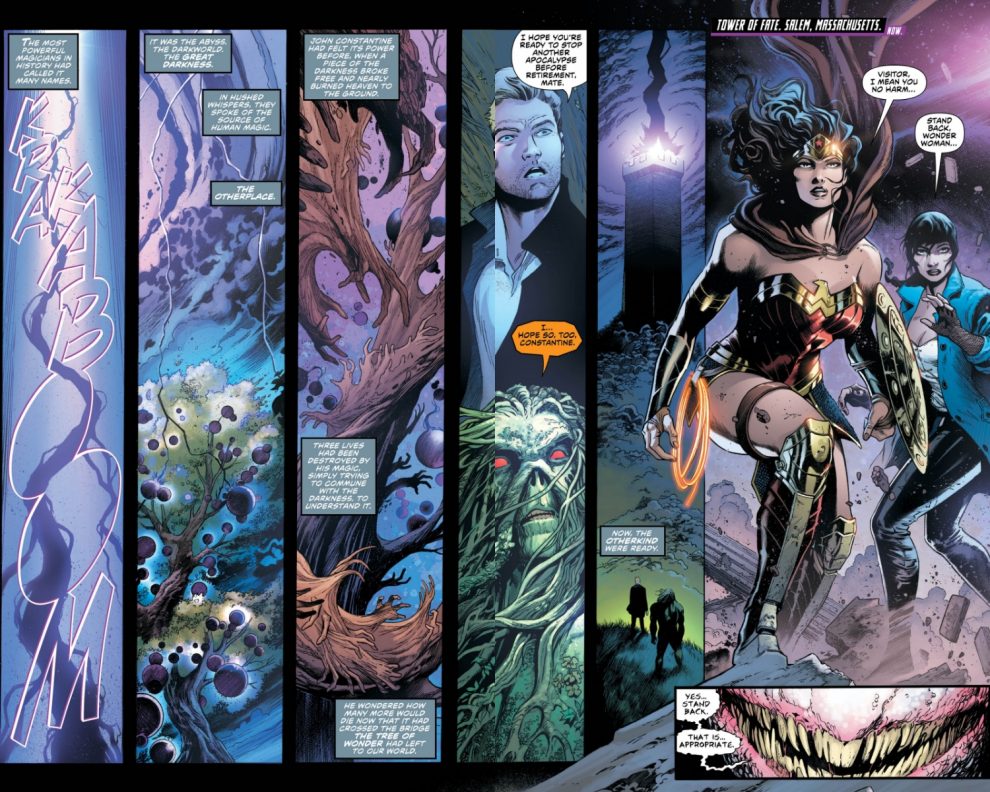 Turning the DC Universe Upside Down

This initial three issue arc has been a joy to read. James Tynion IV has proven himself as one of the foremost authors of team books for DC. His run on Detective Comics; with Batman leading a small army of heroes, was one of my all-time favorite eras in the series’ history. Here in JLD he’s brought together a bunch of characters that I didn’t believe would ever fit together and made it work. One of the highlights in this episode was getting the payoff for the scene in issue #1 where Wonder Woman first encountered dark magic, as a child on Themyscira.
I don’t have to tell anyone how well the art team of penciller Álvaro Martínez Bueno, inker Raül Fernandez and color artist Brad Anderson translate Mr. Tynion’s words into eye-kissing art, because the proof is right there on the page. This team worked wonders on Detective Comics and continue to bring their brand of magic to these pages too. Letterer Rob Leigh’s work here is also top class, grade A. Look at The Upside Down Man’s unique and eerie word balloons and tell me I’m wrong.
Look out for Swamp Thing quite literally going large on the villain, it’s a spectacular image. It’s totally now, but also wonderfully reminiscent of the classic Alan Moore story where Swampy invades Gotham City to rescue his wife. John Totleben’s image of giant redwood trees inhabited by Swamp Thing, stomping through the streets of Batman’s home town on page 24 of Swamp Thing #53 (1986), is one of my all time favorite comics memories. Page 10 of Justice League Dark #3 has joined it. 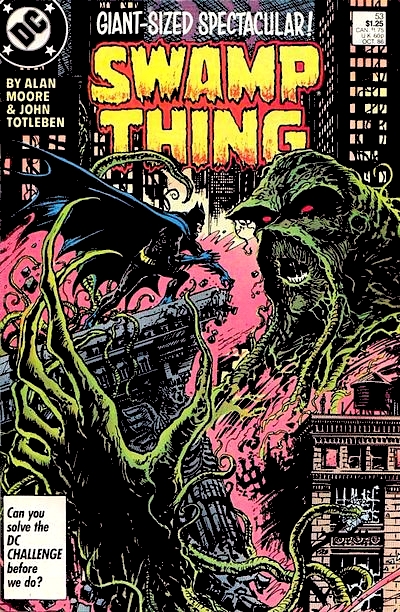 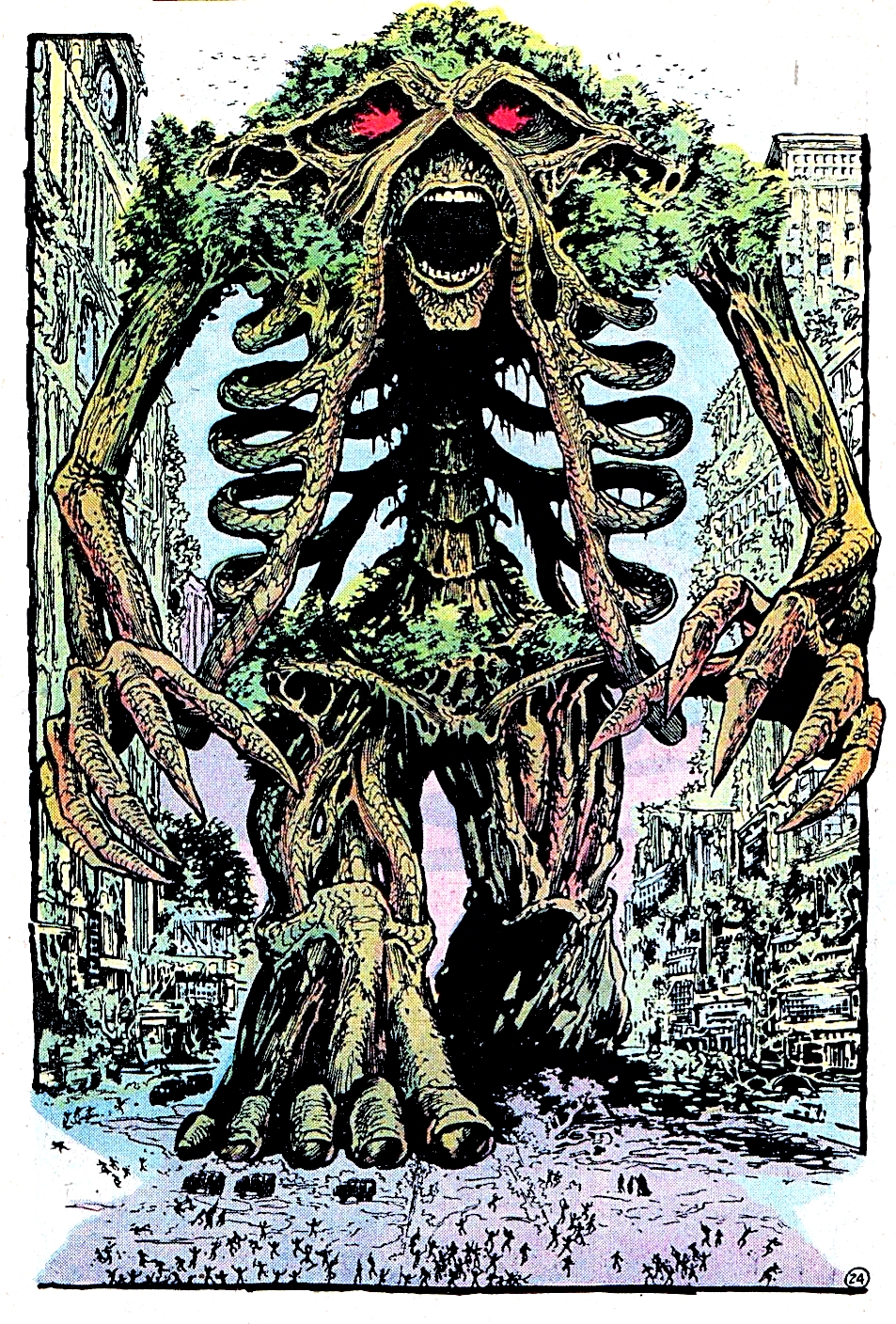 This issue’s villain isn’t the only one with an appetite. “The Last Age Of Magic” was just the appetiser; a tantalising and delicious entree, if you will. “The Witching Hour” which begins next issue, promises to be the main course.
Come to me, yummy comic. I’m HUNGRY!