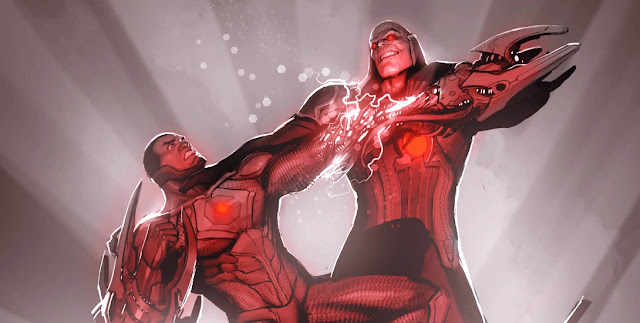 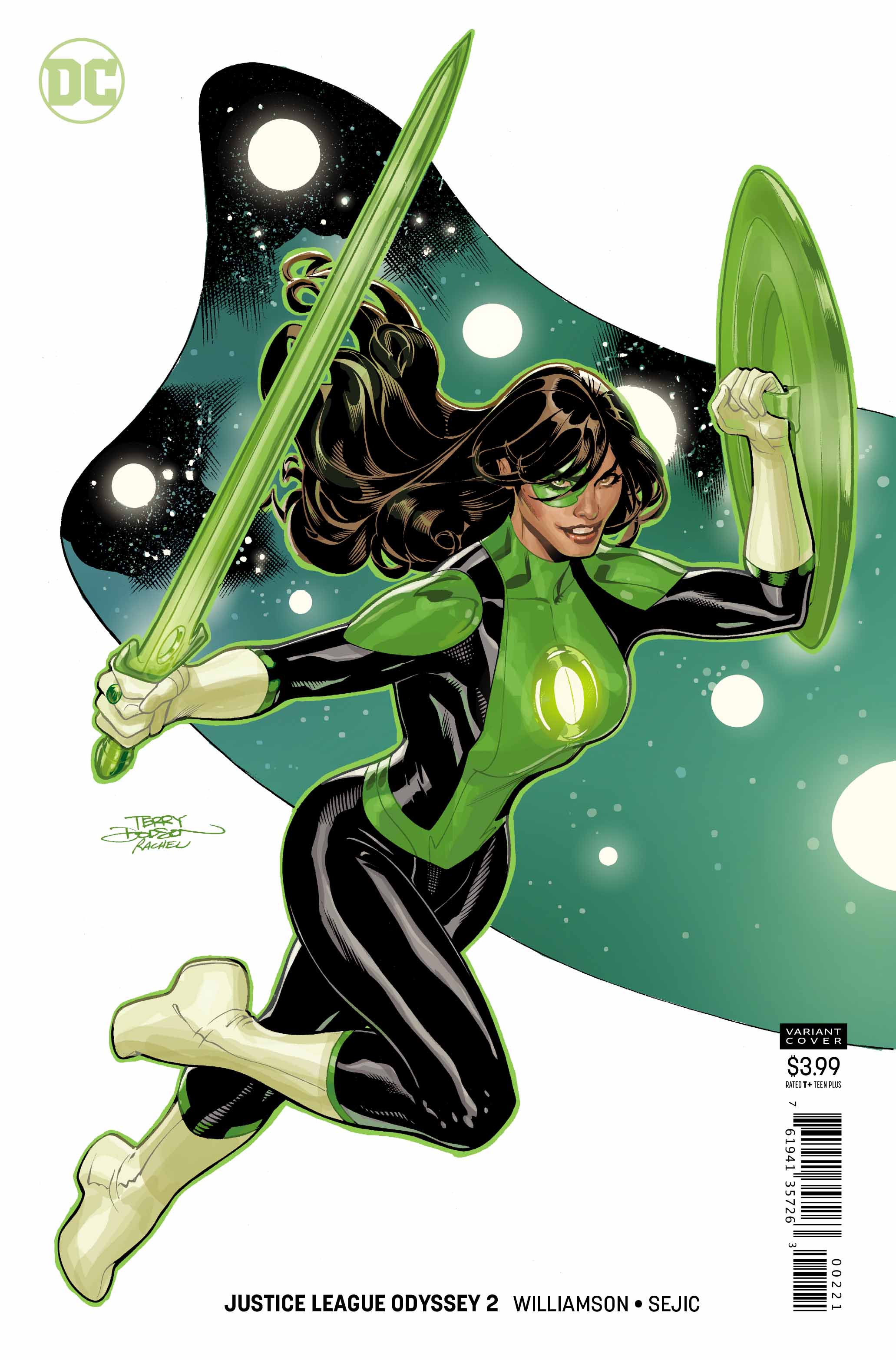 Writer: Joshua Williamson
Artist: Stjepan Šejić
Review by Adam Ray
The adventures in deep space continue. We learned in issue #1 that some members of the Justice League were drawn to the Ghost Sector. Darkseid, now younger and slightly less dangerous compared to how he once was, called out to Cyborg, Starfire, and Azrael. Our heroes are told, by a figure that they really shouldn’t trust, that they’re revered as ancient gods by beings from a planet they’ve never even been to. That’d disorientate anyone. It’s nice for us readers to connect our confusion with that of our heroes, out in the Ghost Sector.
The issue is very easily split down the middle. First there’s the half where the Justice League members discuss the situation with Darkseid. I use the term discuss very lightly. While it’s true that the former ruler of Apokolips isn’t the all powerful conquering entity he once was, he’s still a figure of great power that absolutely cannot be trusted… isn’t he? 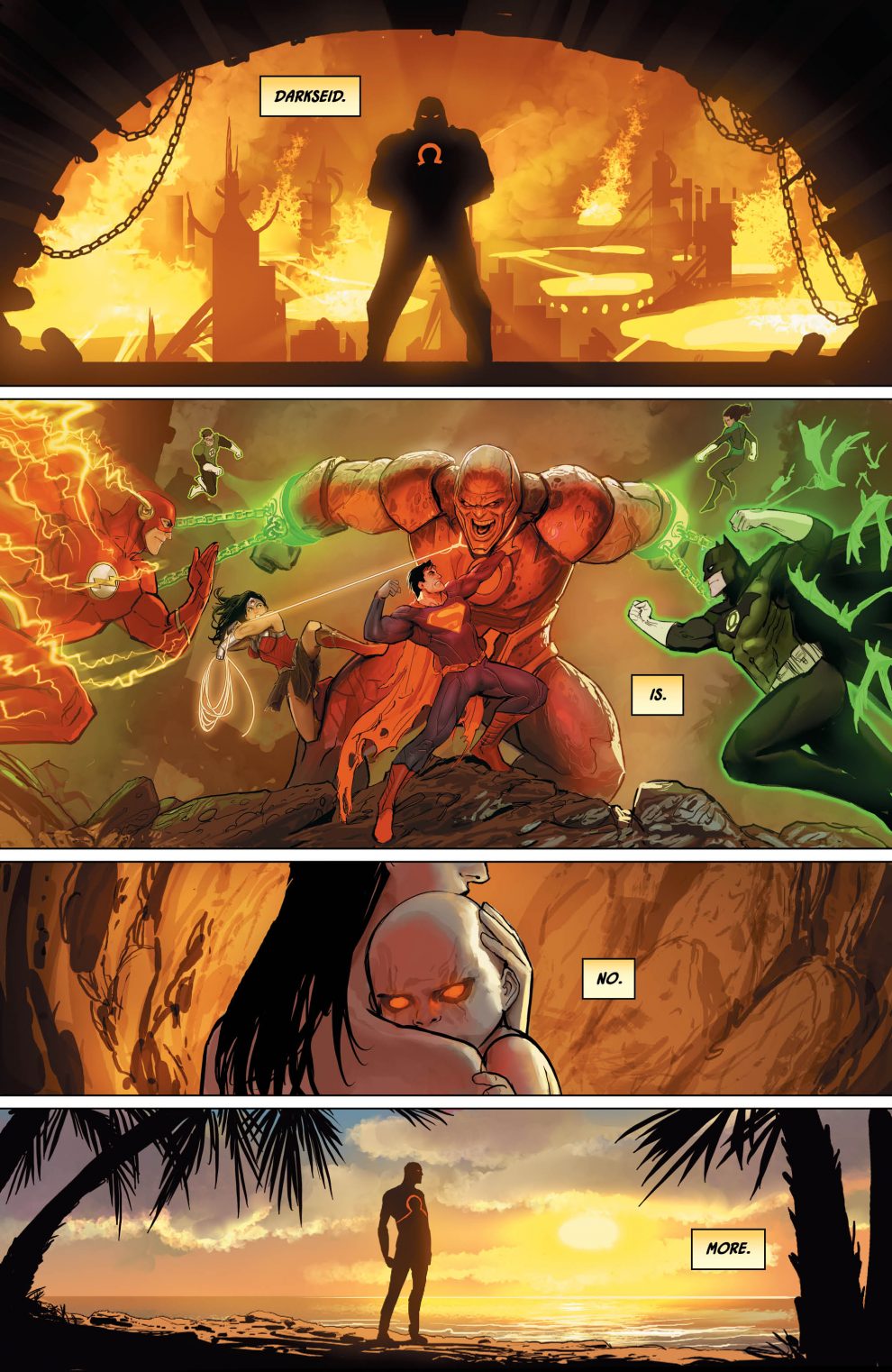 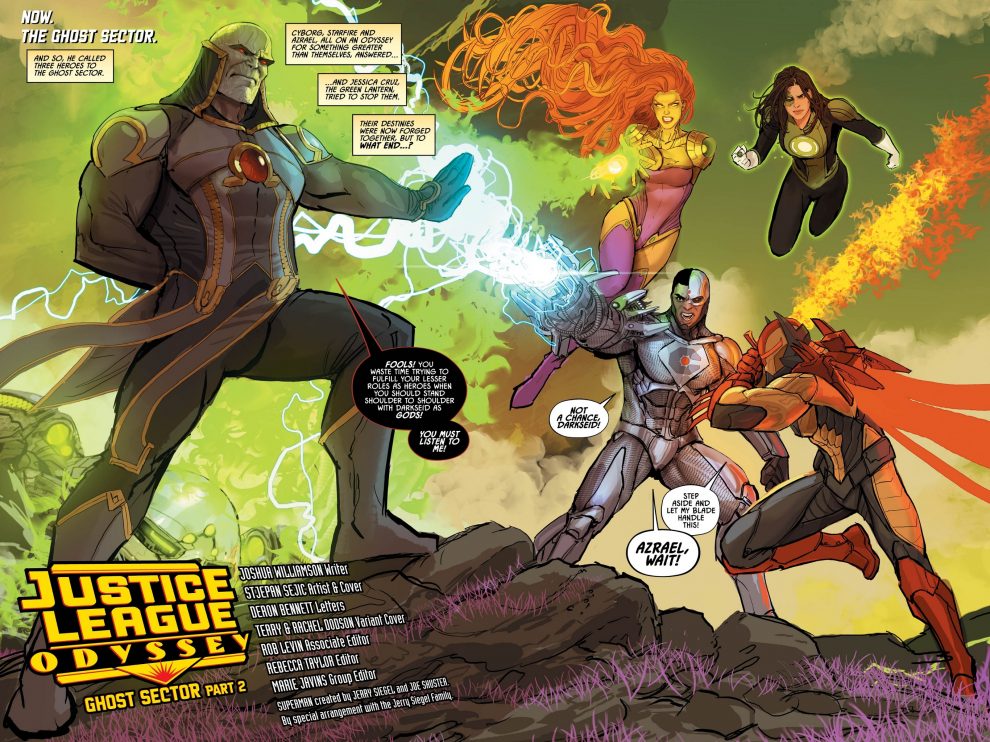 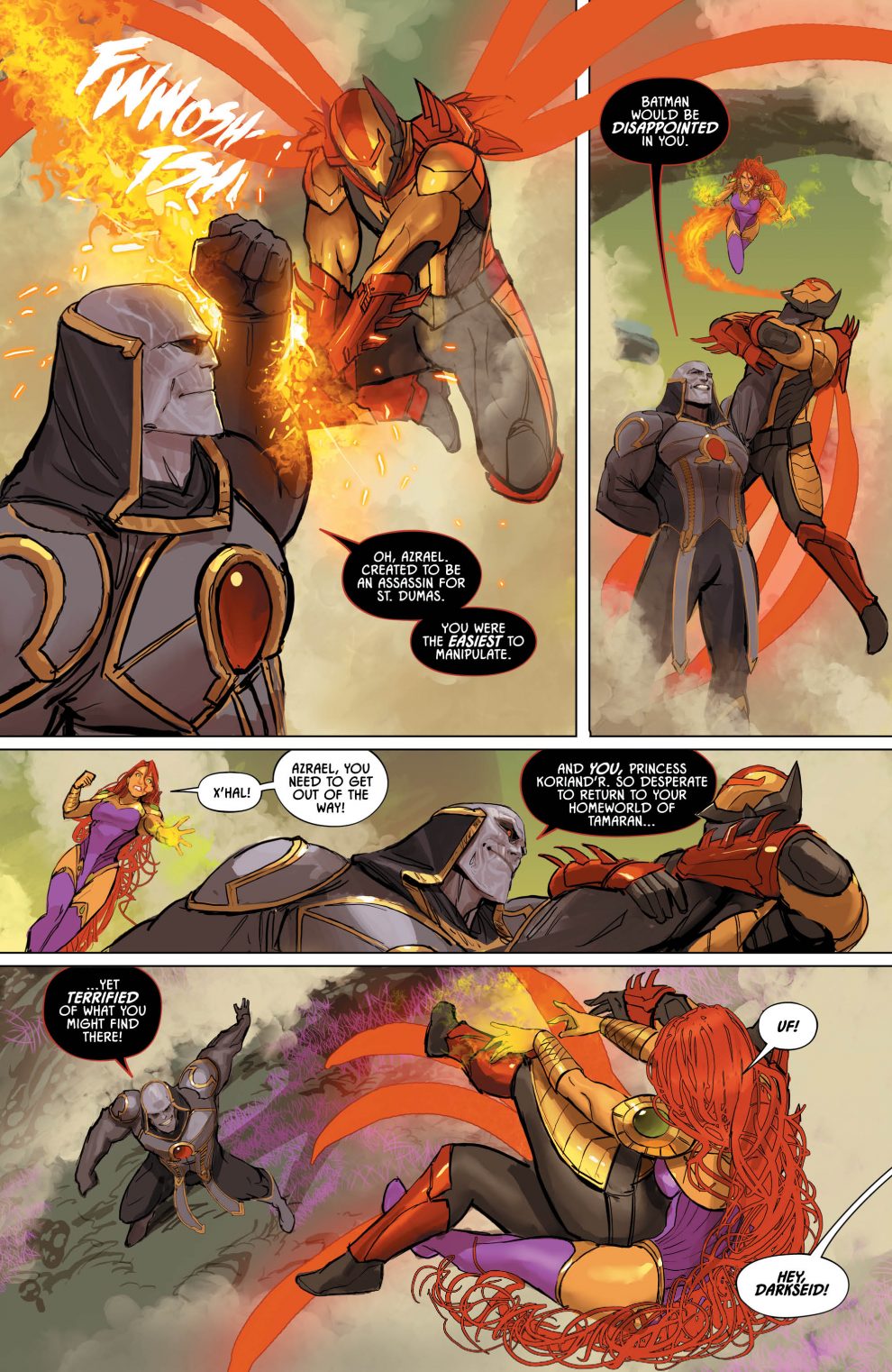 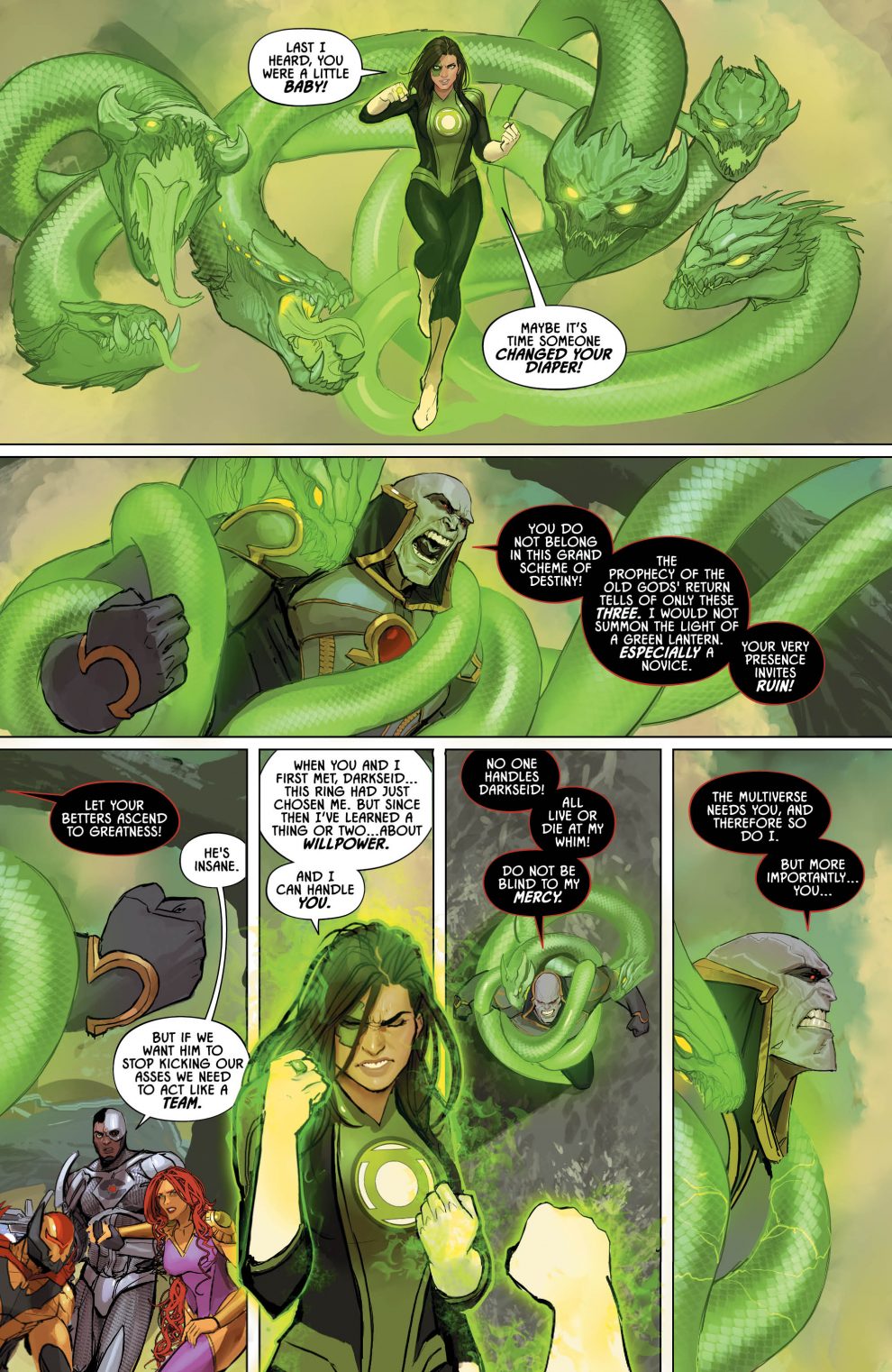 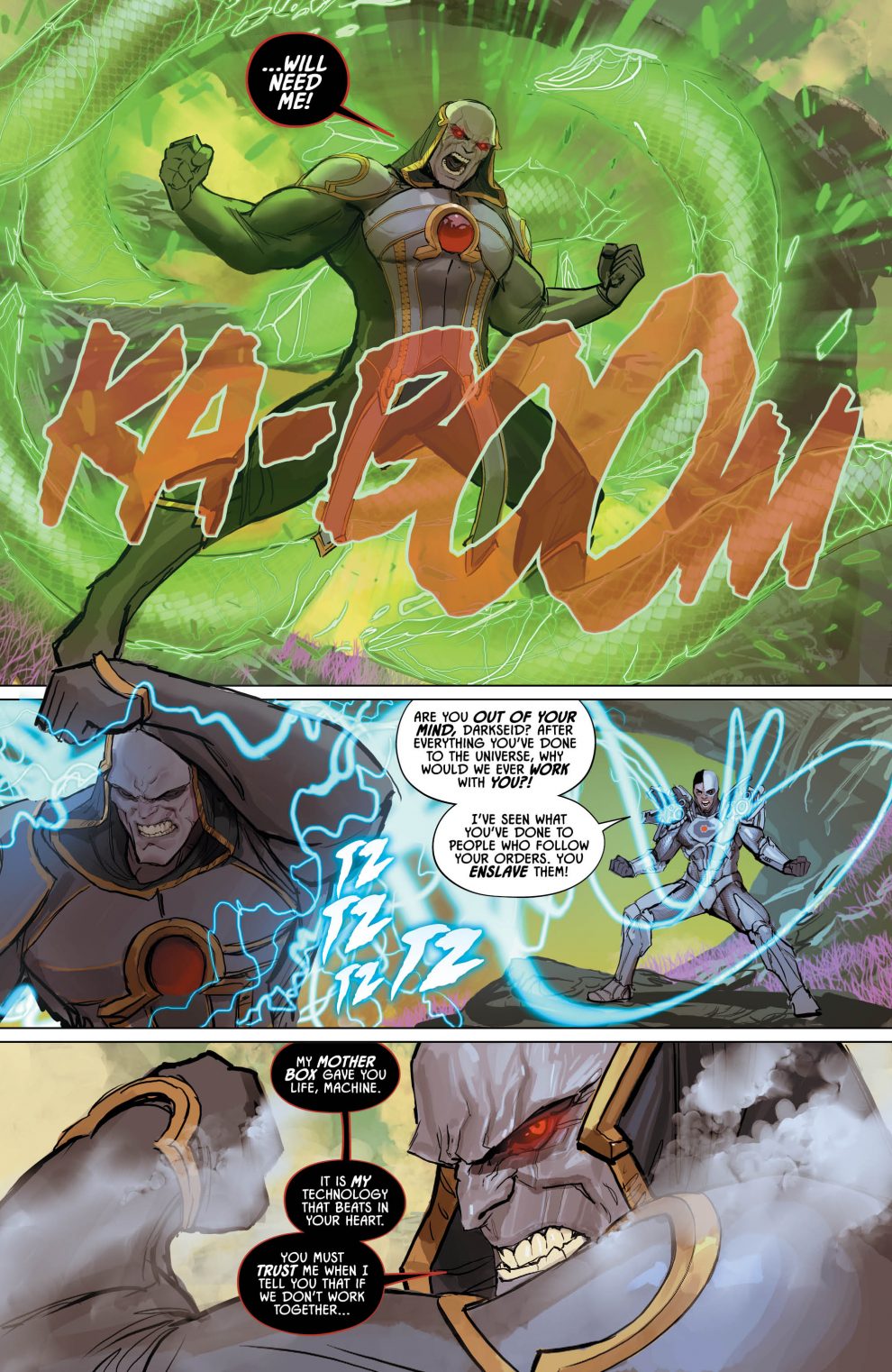 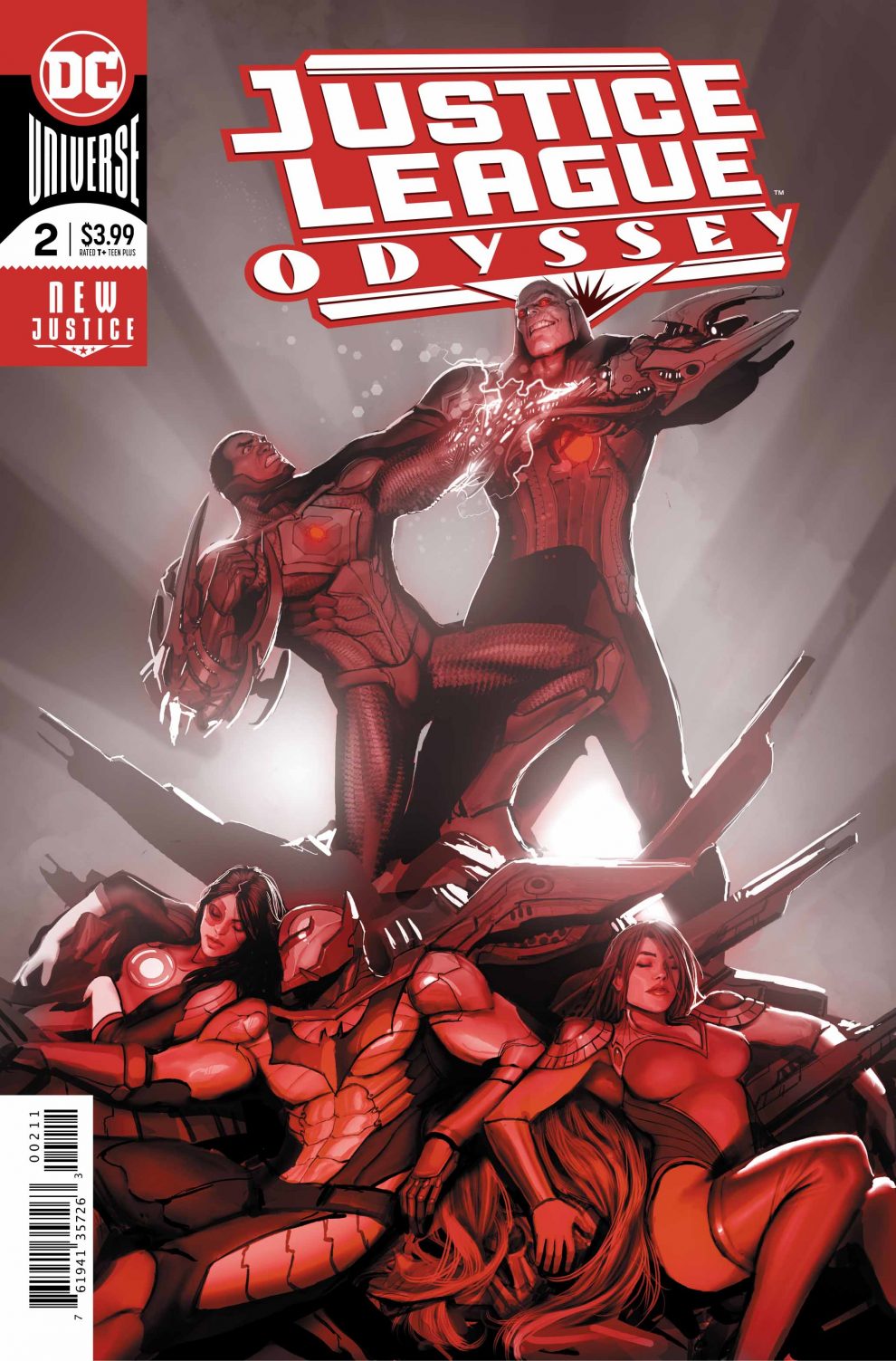 After this, there’s the half where the Justice League investigates the planet they’ve found themselves on. Williamson’s done a great job adding a layer of mystery into the story at this important juncture. The mysticism he’s been able to put up so far really shines through when we see the extent to the Justice League members are worshipped. A real society exists here. Seeing how the team takes this new found situation is a real insight into their characters.
While all this is going on, Jessica Cruz’ is doing an admirable job in keeping the peace between the members of this very rag tag ensemble.

With what feels like a very dark ending to the issue, we’re all left bemused by the mystery. It’s too early into the series to receive any real answers, but I feel that the mystery isn’t what we’re meant to focus on. Maybe we should see how this team tackles the troubles they find in deep space, and wonder about their shared fate later.