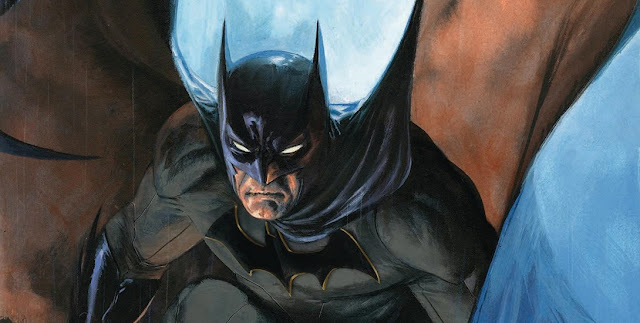 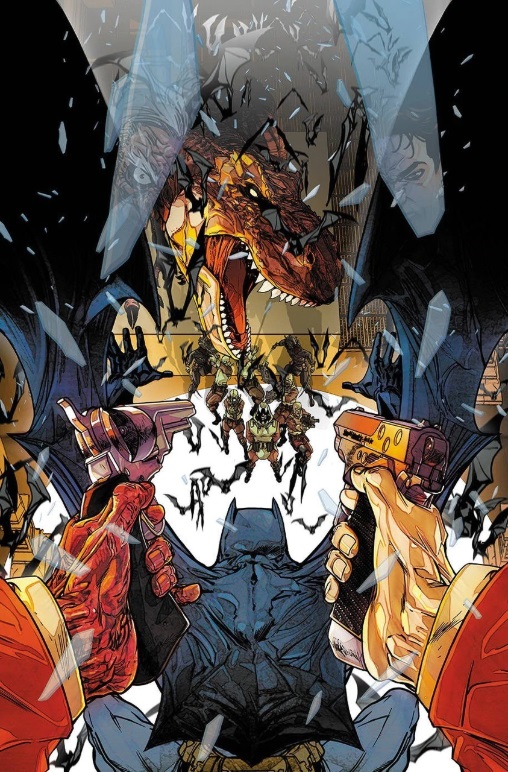 Writer: James Robinson
Artists: Carmine Di Giandomenico & Ivan Plascencia
Review by Steve J. Ray
Charles Dudley Warner famously paraphrased Shakespeare with his quote “Politics makes strange bedfellows.” Thinking about it though, the Bard’s original line from The Tempest, ““Misery acquaints a man with strange bedfellows” is just as apt. Detective Comics #992 begins with Two-Face as Batman’s new partner. Yes, dear reader, the Dark Knight’s brother-in-arms in the battle against Kobra is Harvey Dent’s evil alter-ego! This situation also brings to mind the ancient proverb, “The enemy of my enemy is my friend.”
It’s no secret that I haven’t really enjoyed much about this storyline except the art. The last four issues have been lovely to look at, but I’ve found them a chore to read. I’m extremely happy to report that this issue is a great improvement over its predecessors.
Back in the day there was a time where Harvey Dent seemed to have been cured of his multiple personality disorder. Batman once took a leave of absence from the DC Universe and, during this period, Batman deputised Dent as protector of Gotham City. Much of writer James Robinson’s “Face The Face” story dealt with the fallout from Harvey’s tenure protecting the city.
Jeph Loeb and Tim Sale’s seminal work Batman: The Long Halloween made me “Believe in Harvey Dent.” Harvey has been “Cured”  before, but the “Big Bad Harv” side of his personality always resurfaces. This is tragic because – as this issue proves – he could be an incredible force for good. 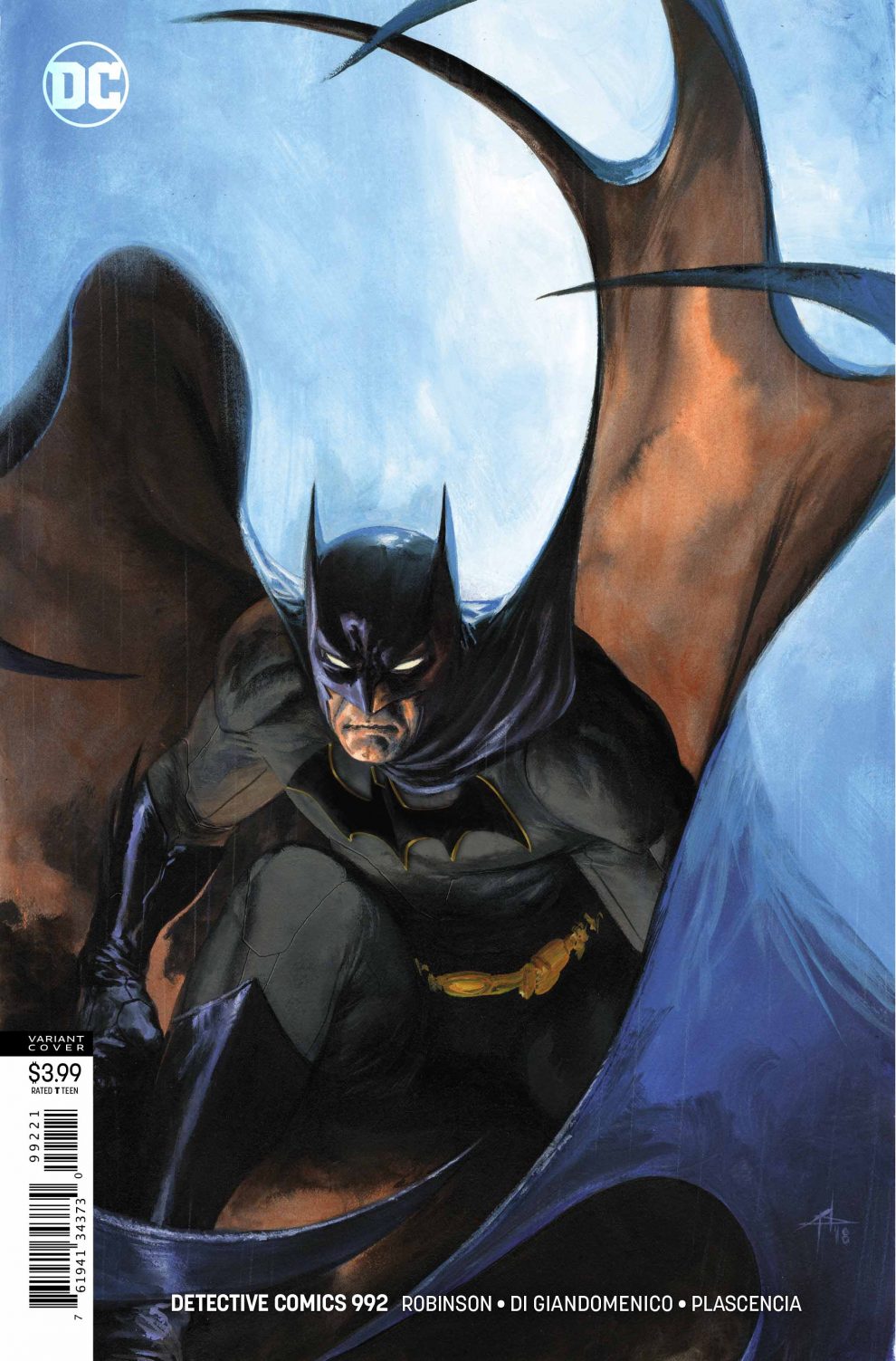 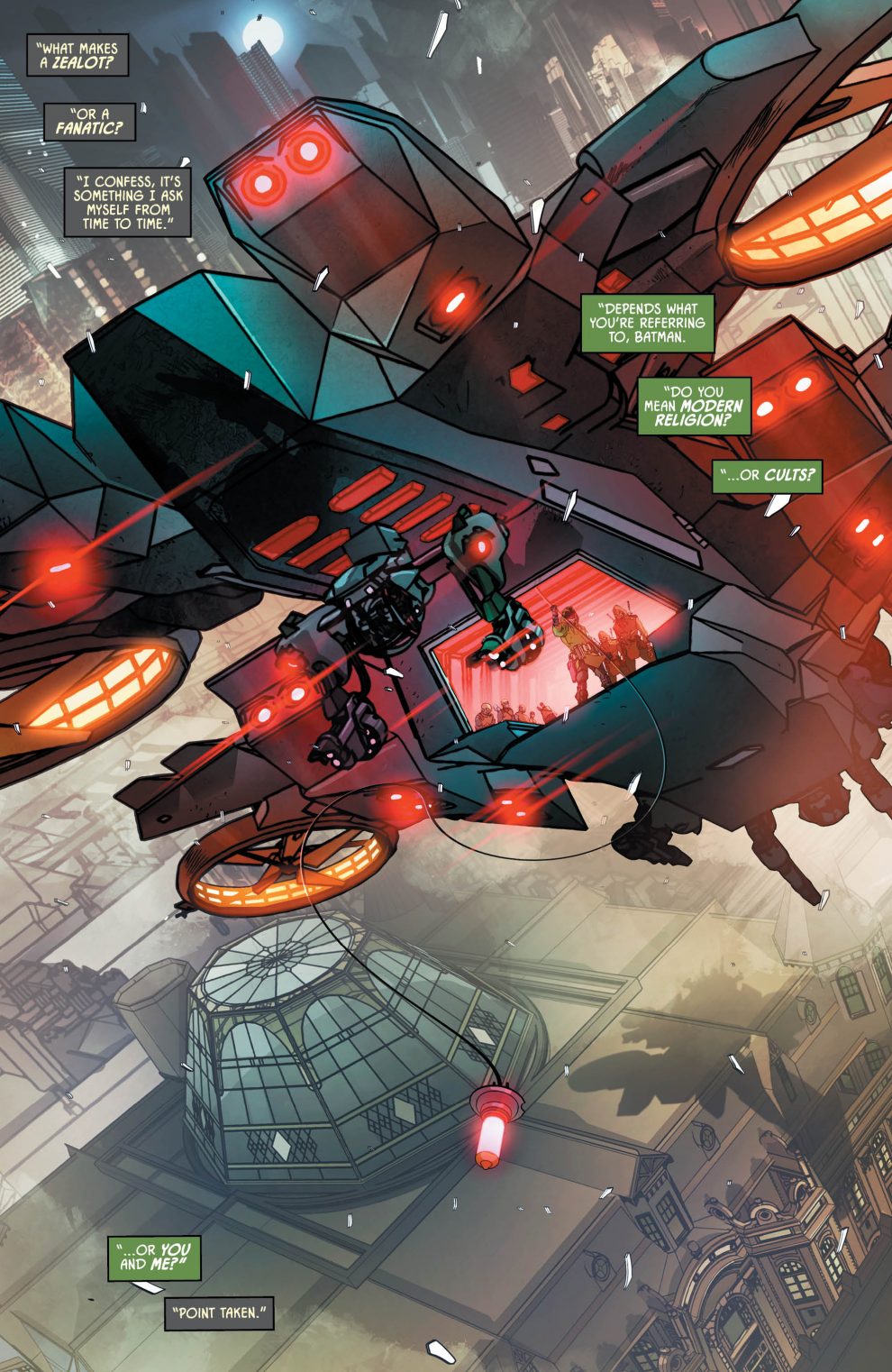 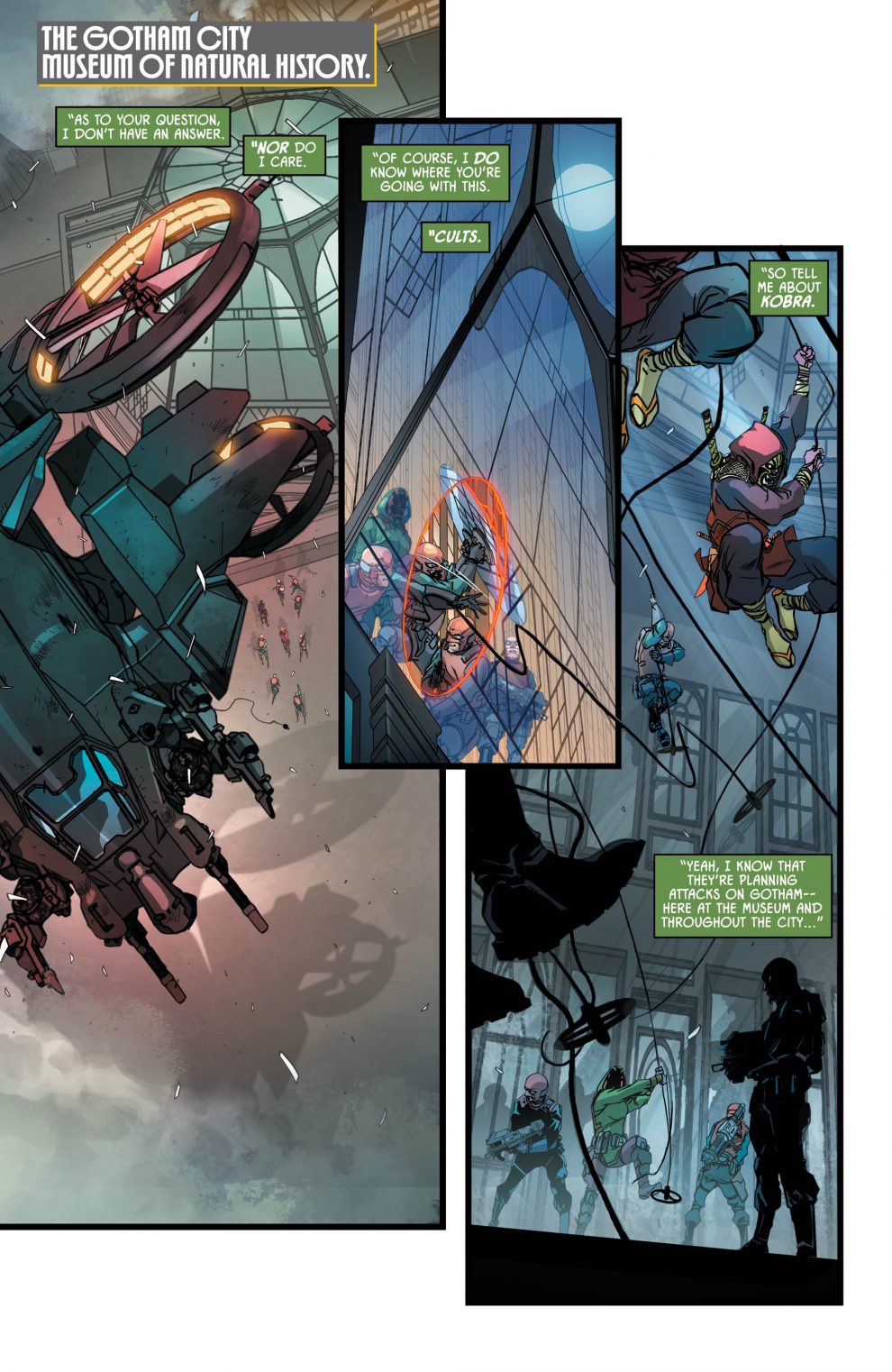 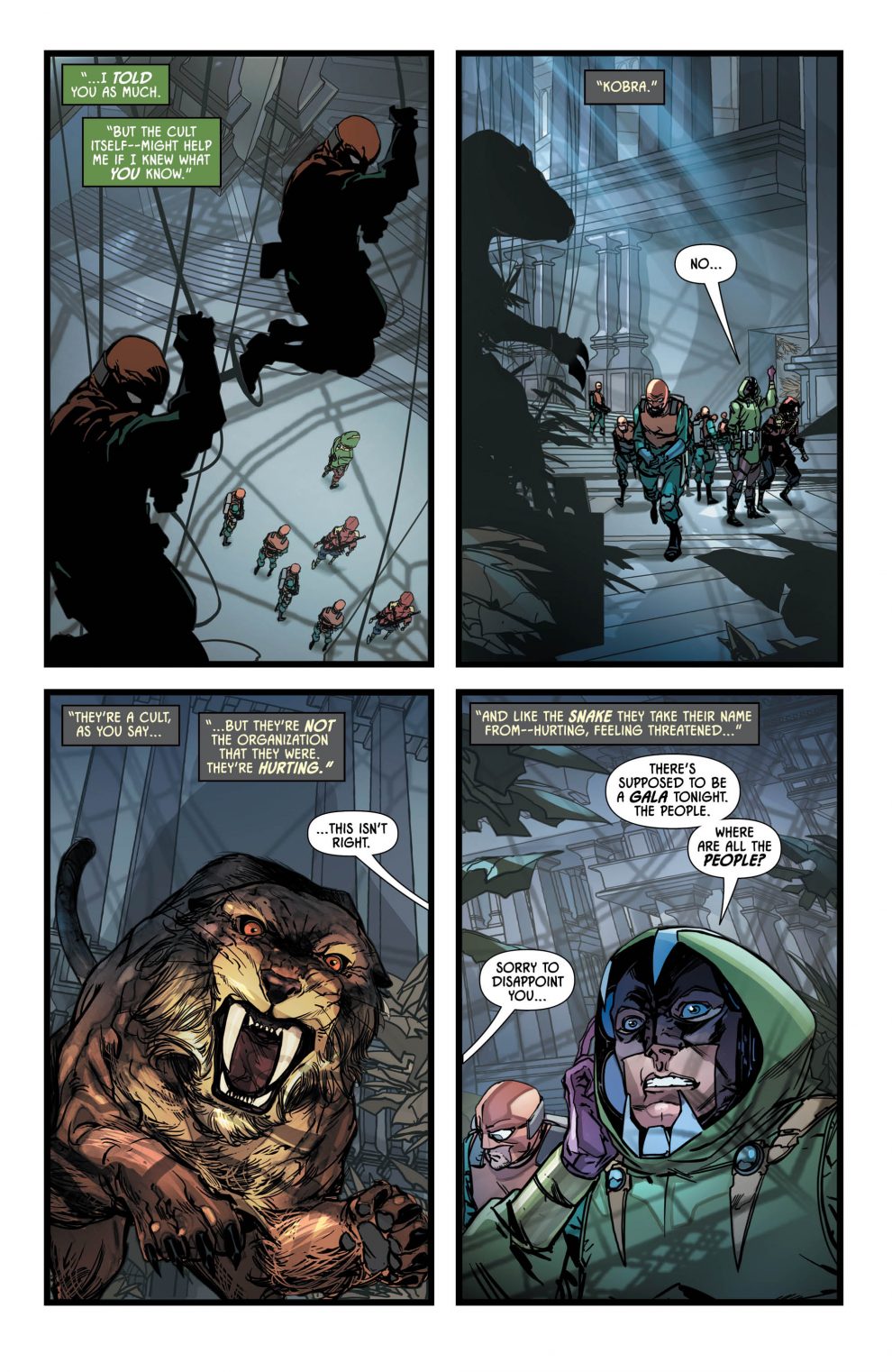 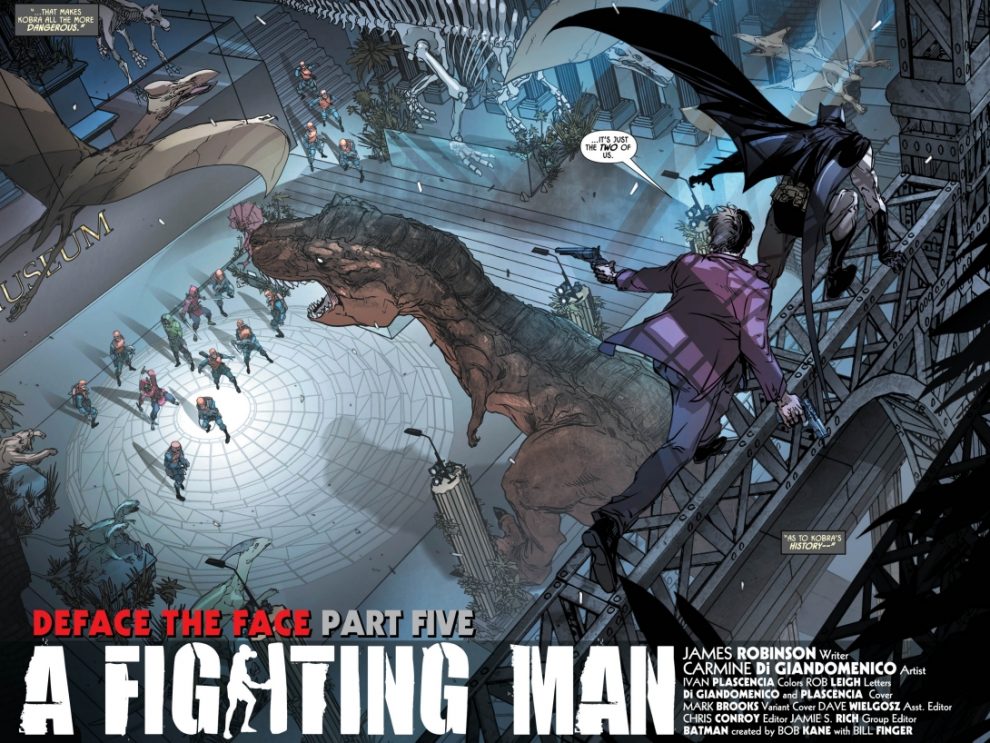 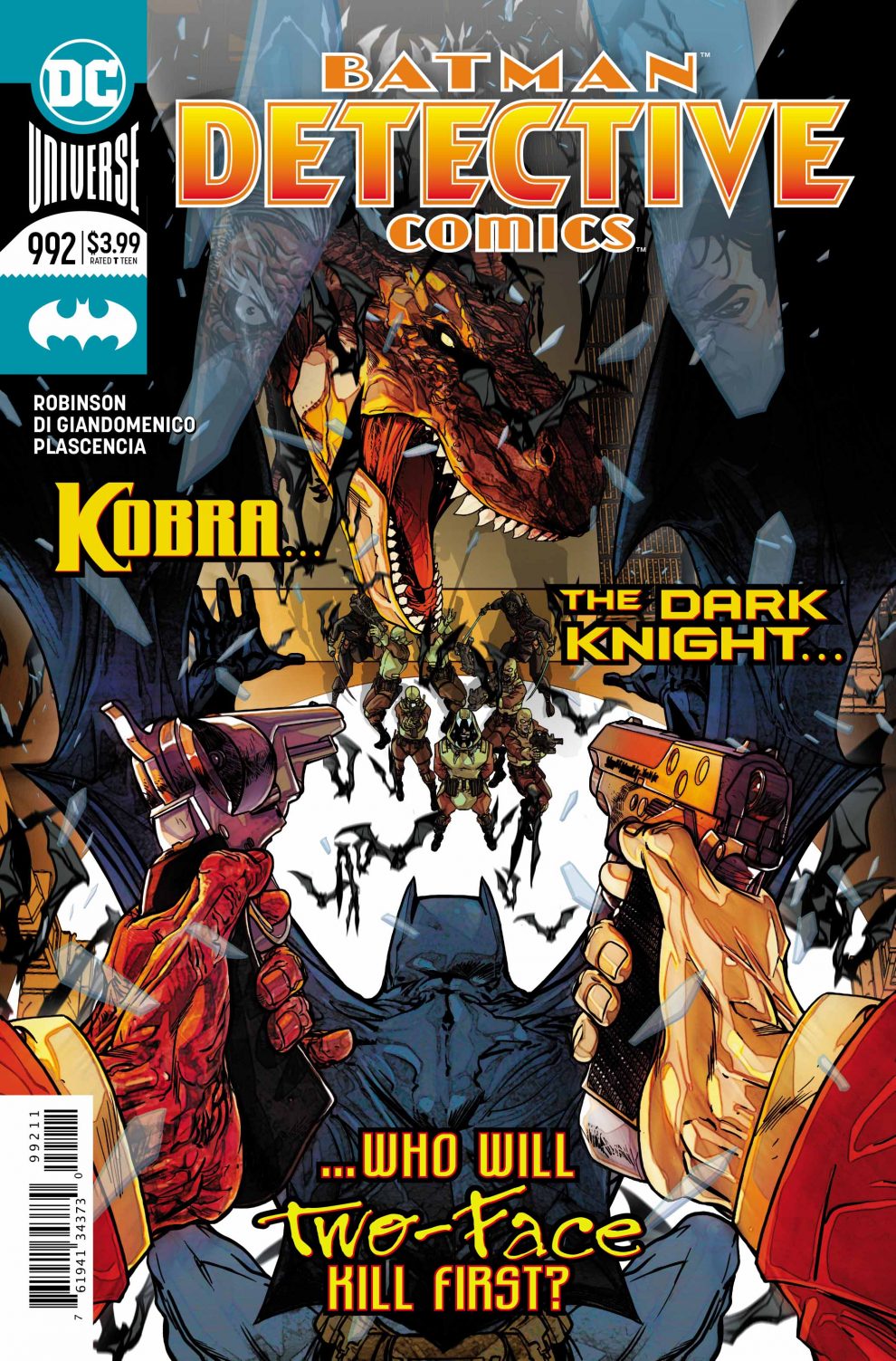 Batman and Two-Face: The Dysfunctional Duo

This issue contains some terrific action, and great character interaction. Finally, Robinson makes references that tie his story to the last few years of Detective Comics. Batman’s allies from the excellent “From The Outside” Black Lightning and Katana join the battle. Batgirl, Orphan, The Signal and Batwoman are also in the thick of it. Many of these characters will form part of the all-new Batman And The Outsiders series. I know that every writer wants to leave their personal stamp on a series, but Detective Comics has a long, rich history, which Robinson largely ignored until this instalment.
The one thing that hasn’t disappointed over these five chapters are the visuals. Artist Carmine Di Giandomenico, colorist Ivan Plascencia and letterer Rob Leigh, all shine once again. The action, character moments, sweeping panoramas and storytelling are all lovely to look at, and easy to read. Smoke, rubble, pugilism and conflagration… it’s all there. Where you don’t see our characters faces, letterer Leigh’s white on green captions for Two-Face clearly let us know who’s saying what.

This has been the strongest issue in quite a while. I know it sounds obvious, but comics work best when both writing and art are strong. This issue was a good, solid read, and not just an album of pretty pictures. I am looking forward to the finale next issue, which has ominously been touted as “The Death Of Harvey Dent!”