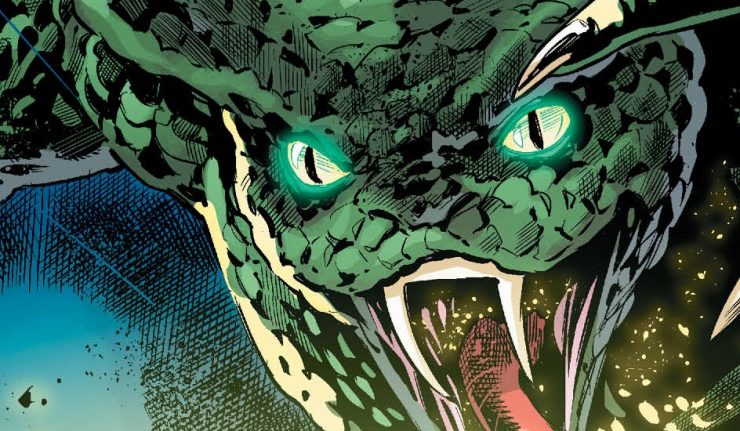 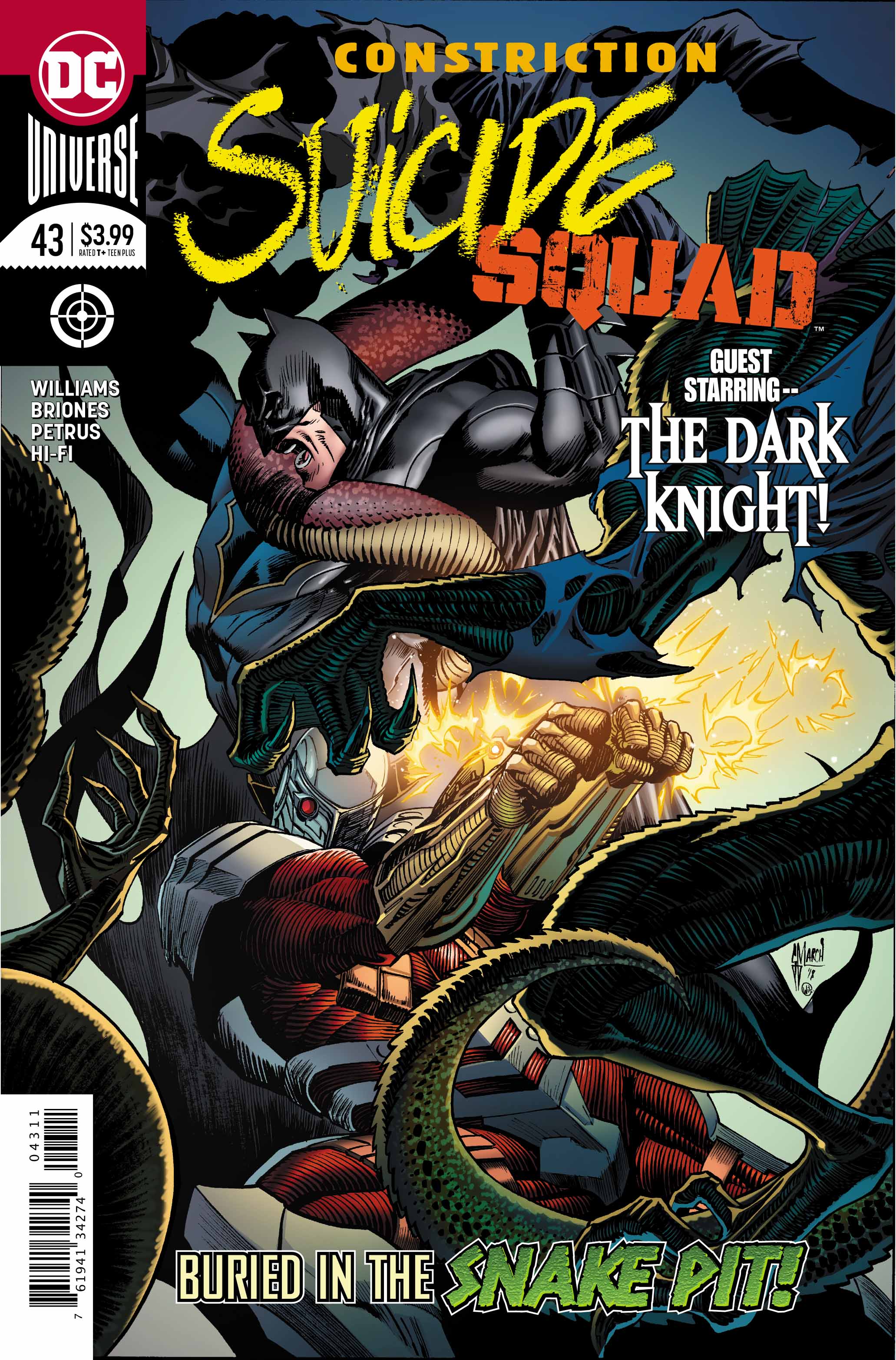 Suicide Squad #42 saw Batman and Deadshot close in on the location of Kobra’s hideout. While Harley and the two Captains, Cold and Boomerang, were closing in on our unlikely heroes. Issue #43 is non-stop action, and we’re thrust right into it as the dynamic duo of Deadshot and Batman are ambushed by Kobra goons.
Defeating them easily, the duo then clash as tensions rise between them. Things don’t get any better when the triple threat of Harley Quinn, Captain Boomerang and Captain Cold come and crash the party!
Action. Drama. Comedy. This issue has it all! 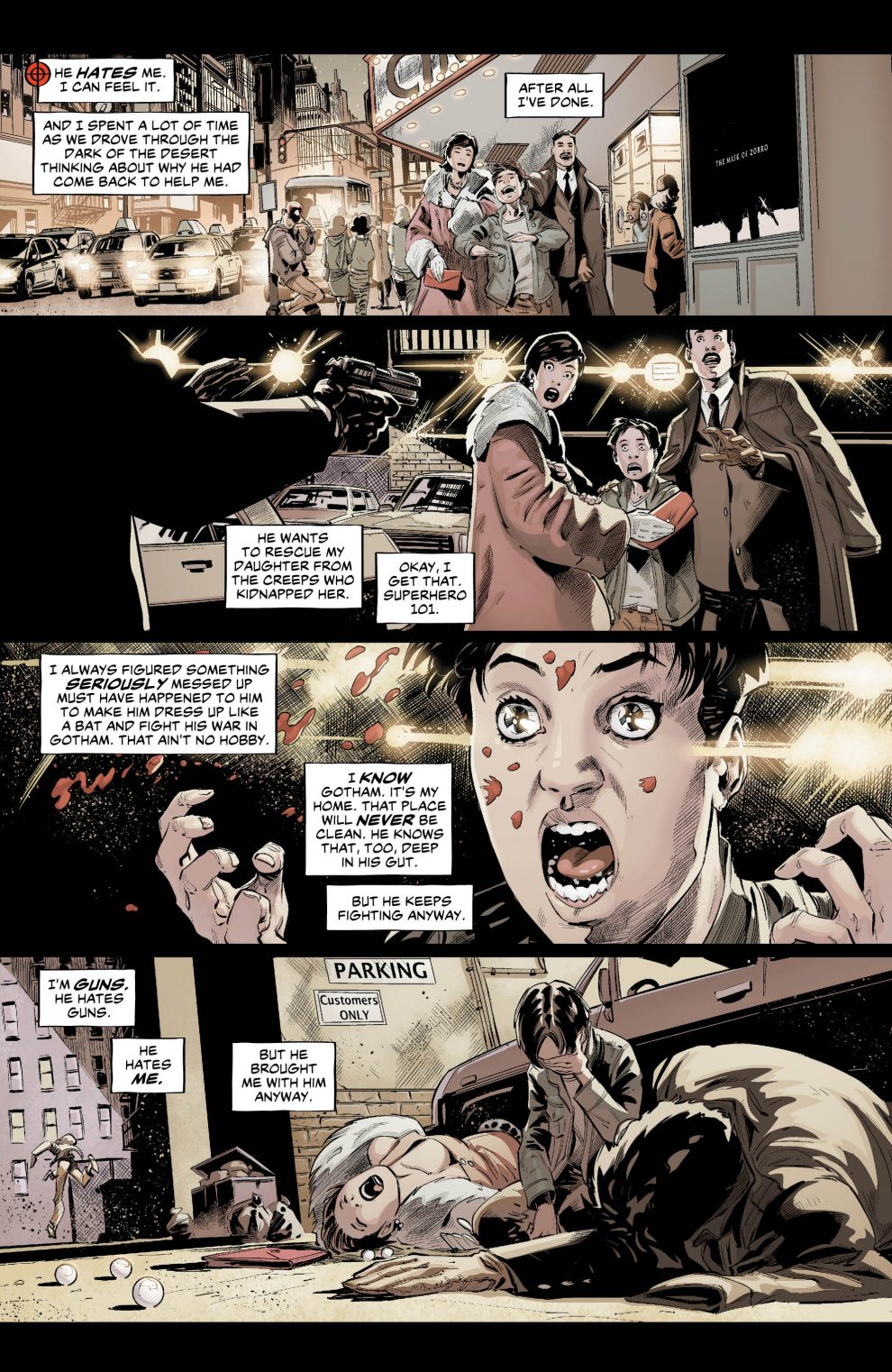 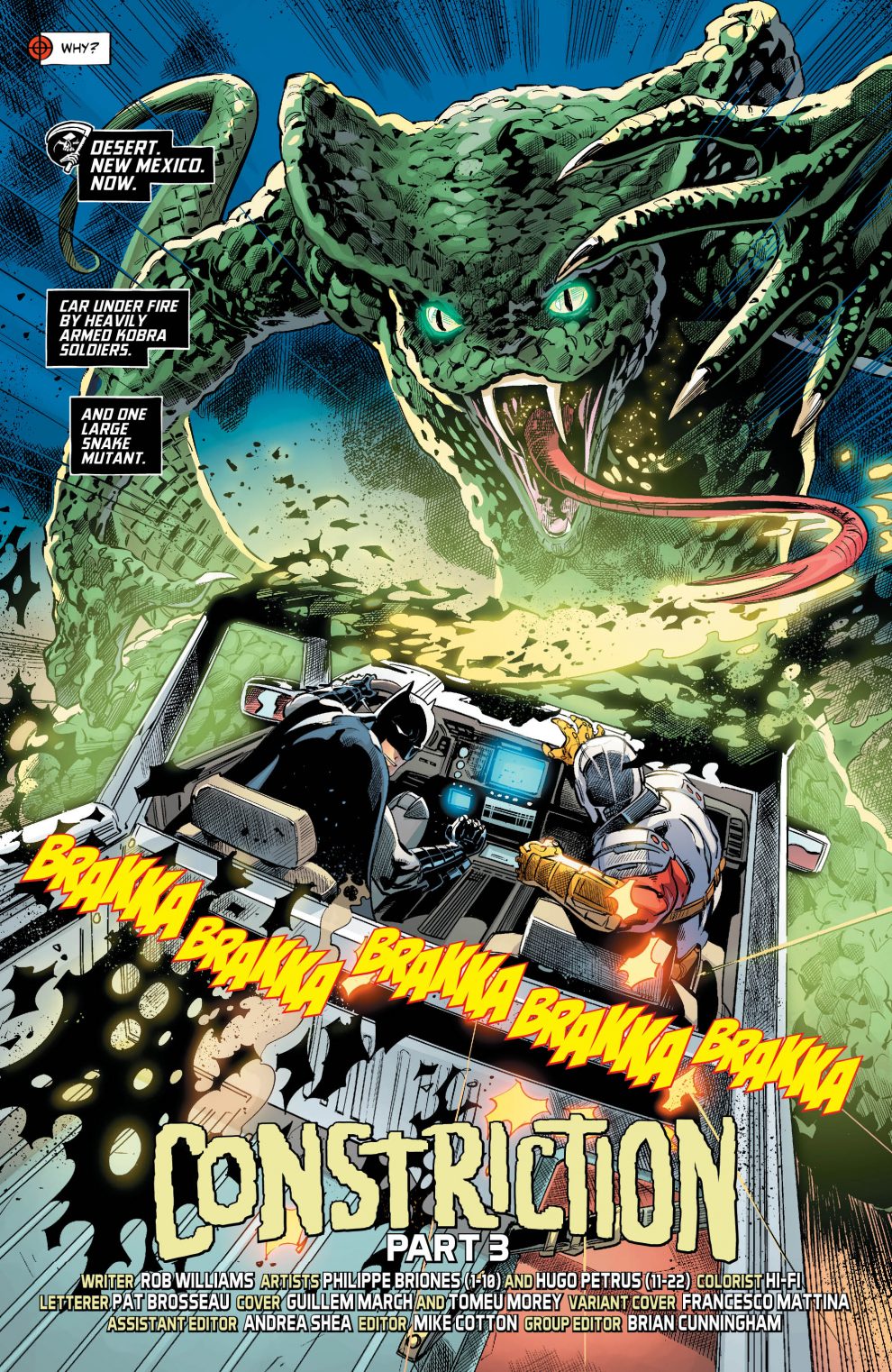 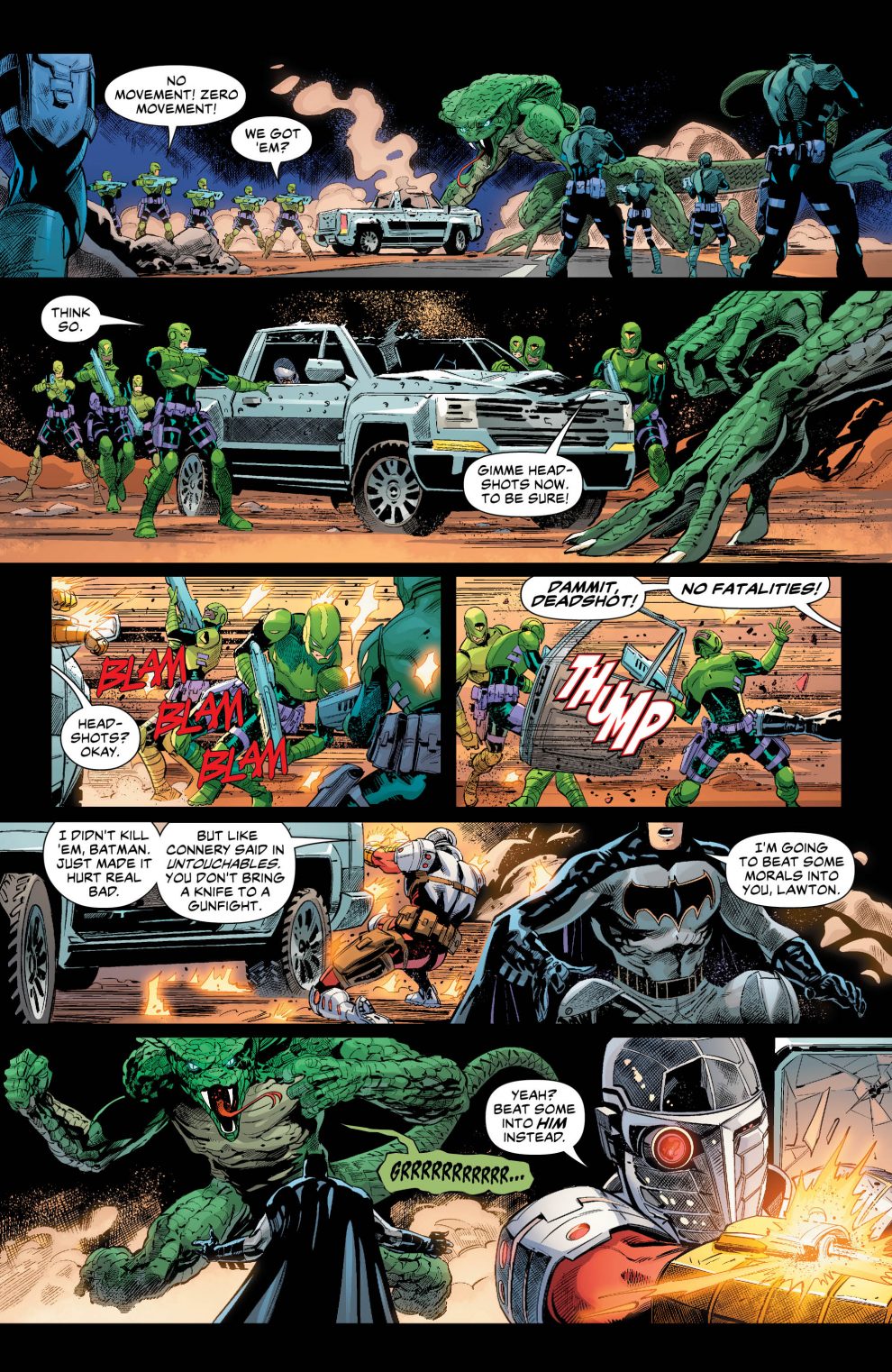 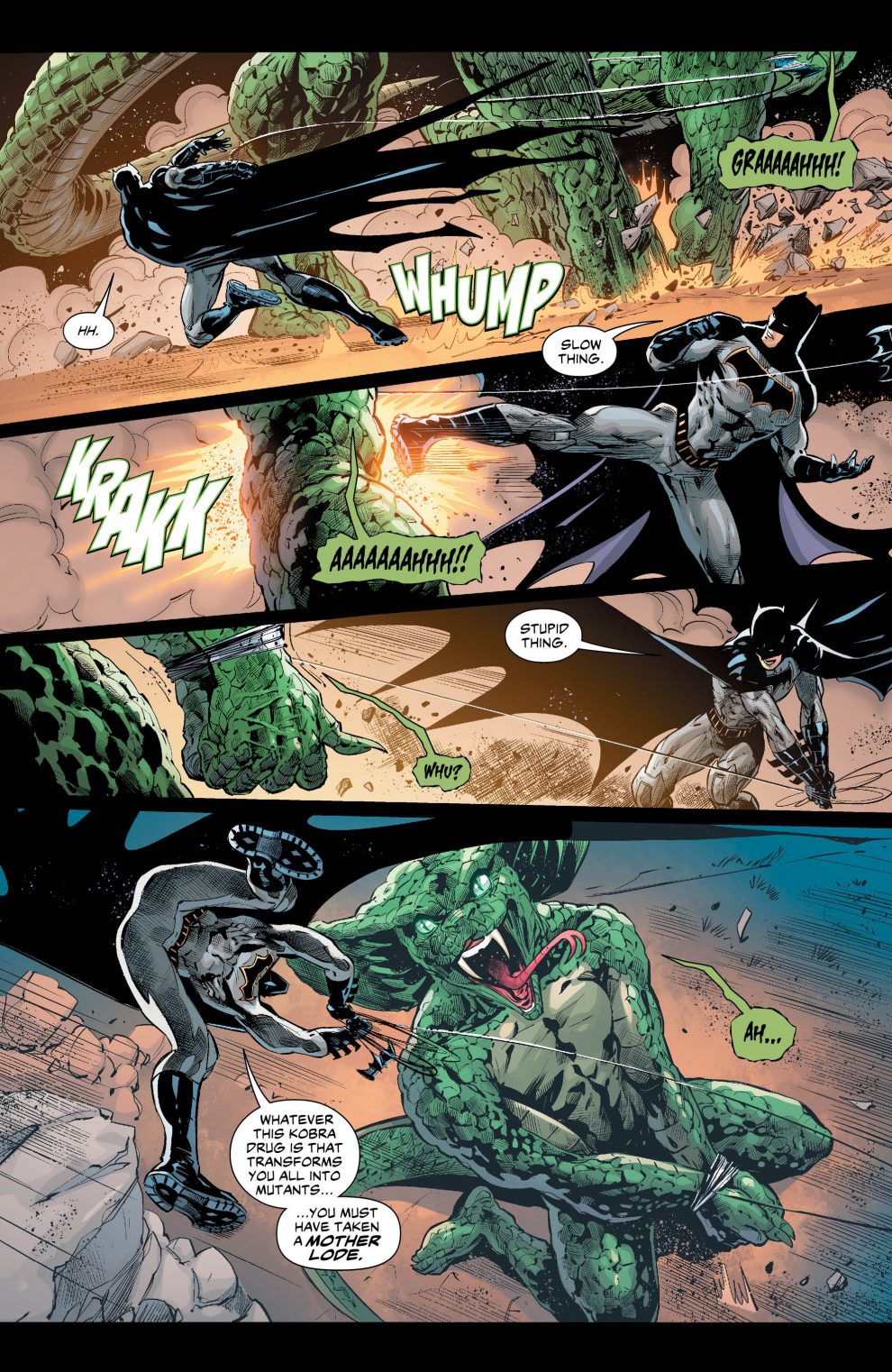 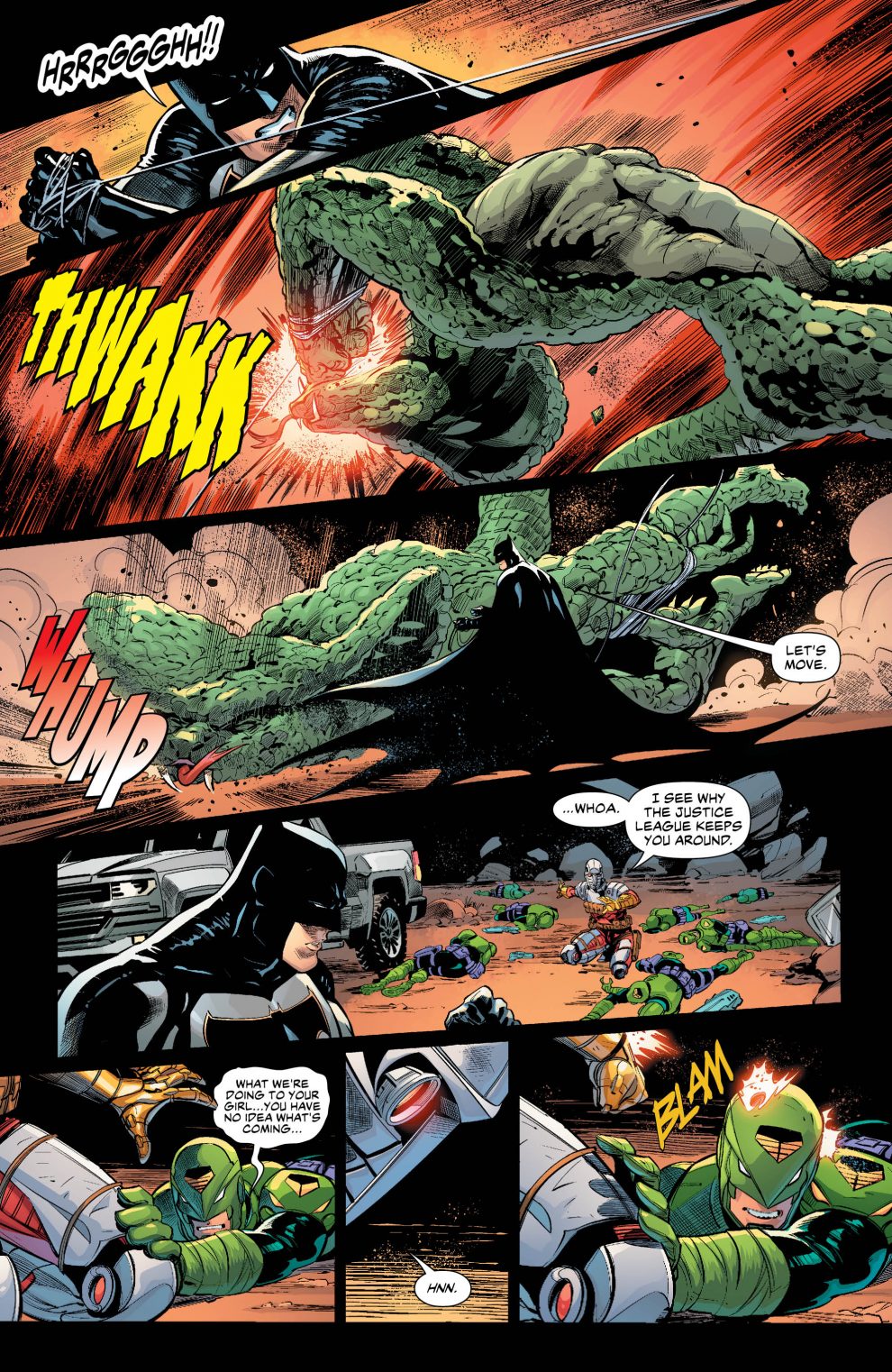 Rob Williams has produced one of the best comics to date. The writing in this issue is bordering on perfect. Each character’s personality shines. Which is something I imagine is incredibly difficult to do; not to have any one character outshine the others, especially with a roster that has so many outstanding personalities.
The comedic talents of Harley and Boomerang really add something to the issue. Seeing them working with the deadpan Cold, is simply brilliant. I think Williams was smart to include them in this story arc, which has some quite dark undertones. Despite the edge of your seat action and bright colours, the serious nature of Deadshot and Batman could have made this comic a lot darker if it was just them. Never underestimate the power of comic relief.
The dynamic and interactions within the two team ups alone is worth paying for. Deadshot and Batman continue to be at odds, whilst still having each other’s backs at times of crisis. Captain Cold is growing more and more annoyed with his compatriots as their time together increases. I’m looking forward to when the two teams face each other in an epic showdown. The quips they’ll be firing off will be hilarious!

Rob Williams is one of the best comic book writers in this day and age. Every issue of Suicide Squad he has written has been outstanding! The story arcs have been incredibly written. Twists and turns on every page. Action and comedy in every issue. Heartfelt emotions and gut wrenching reveals. Rob Williams is a mastermind.
Once again the artwork in this issue is the only thing stopping it from getting full marks out of ten. The artist changes halfway through the comic. With Philippe Briones drawing the first half and Hugo Petrus drawing the second. Both are obviously very capable artists. However, I feel that Briones’ art style fits this issue a lot better than Petrus’. The art in the second half of the issue, unfortunately, lets the issue down.