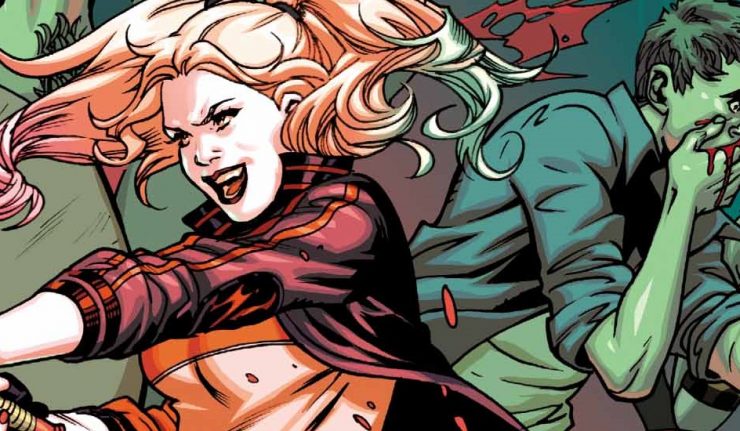 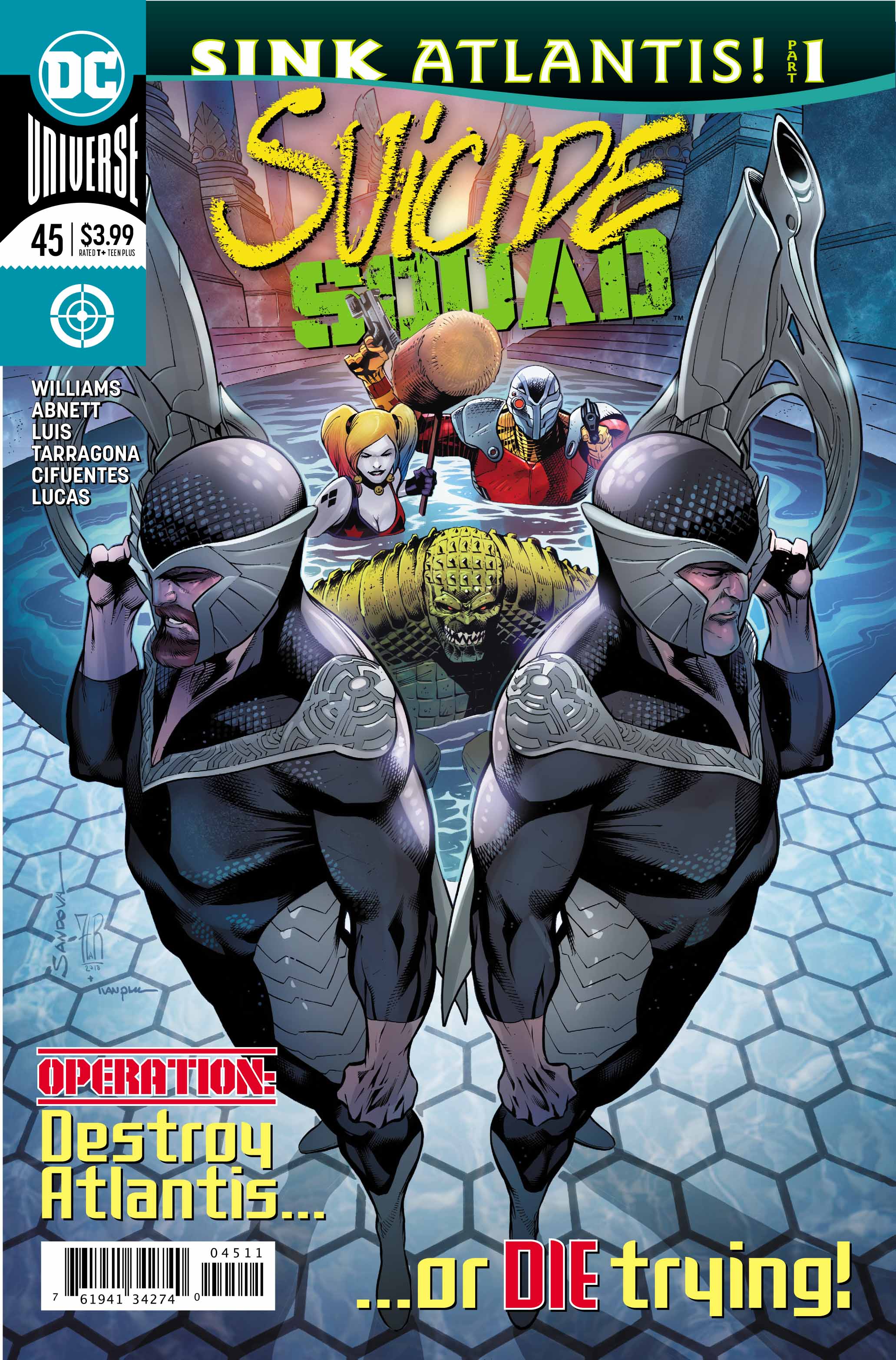 The team is still trying to recover after the events of the last two story arcs. Losing Enchantress means the team is down one of their heaviest hitters so no longer have magical offence, and Deadshot is still hurt after saving his daughter from Kobra. This is an excellent time for Rob Williams to freshen up the squad’s roster, like he did when he introduced Captain Cold in the last run. I’ve said for a little while now that Suicide Squad could benefit from somewhat of a rotating roster. They don’t feel expendable if it’s the same characters week in, week out.
It seems that Williams will be rotating the roster some more, bringing in at least two new characters for this upcoming run. This issue, and the ones coming after it, appear to have watery connections. That’s right folks, you’re gonna want to keep an eye on events in future Aquaman comics too. 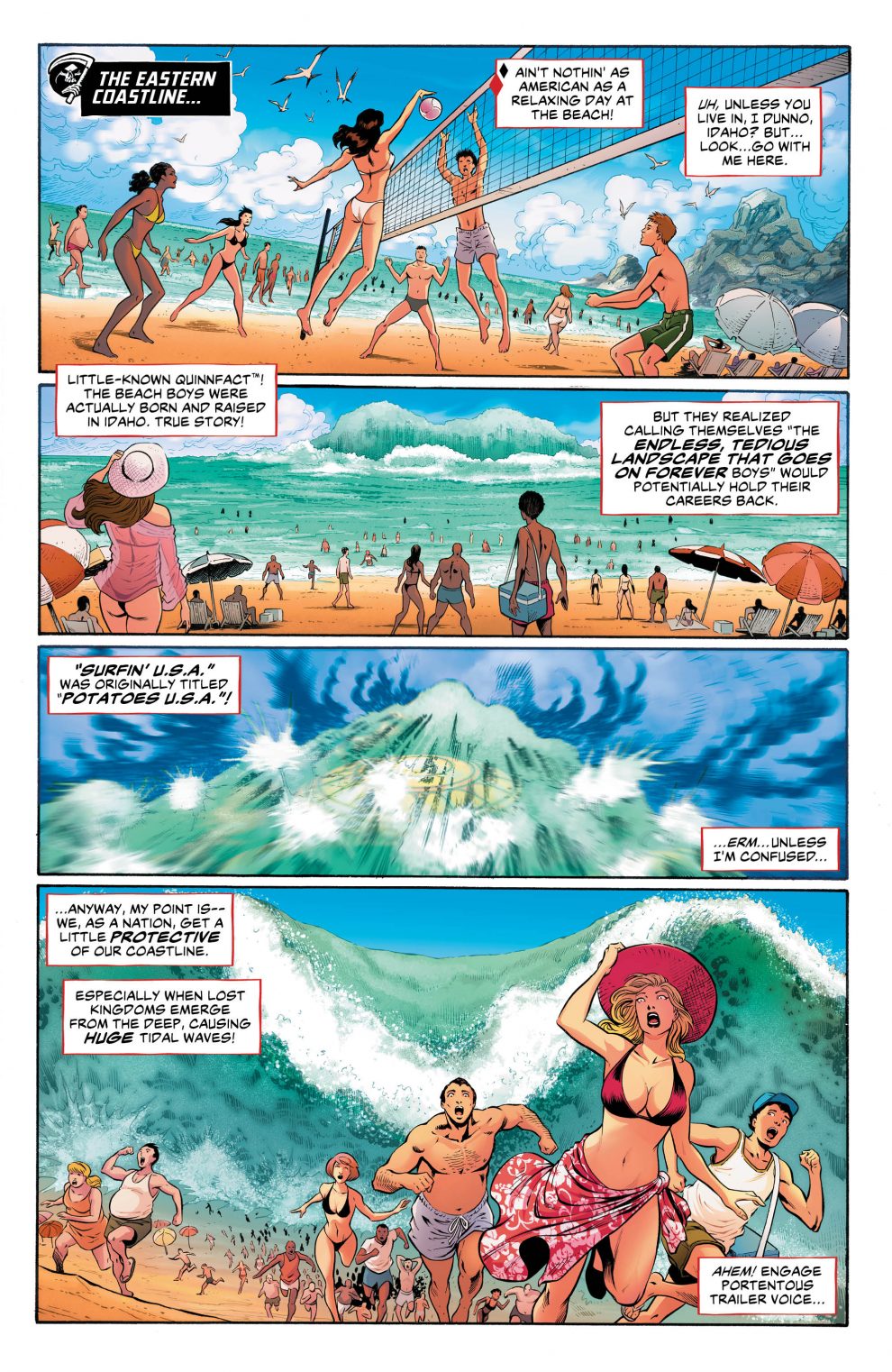 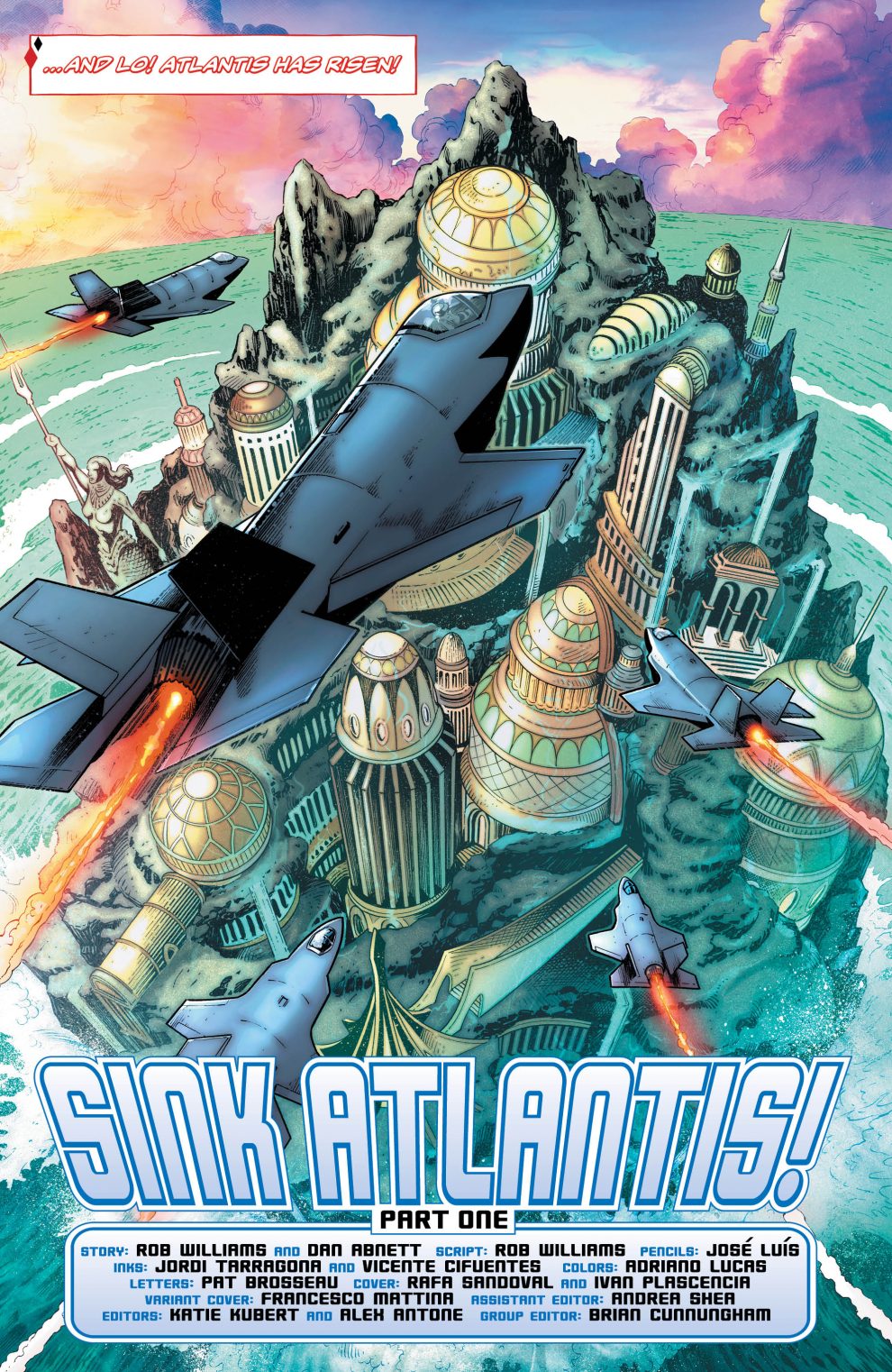 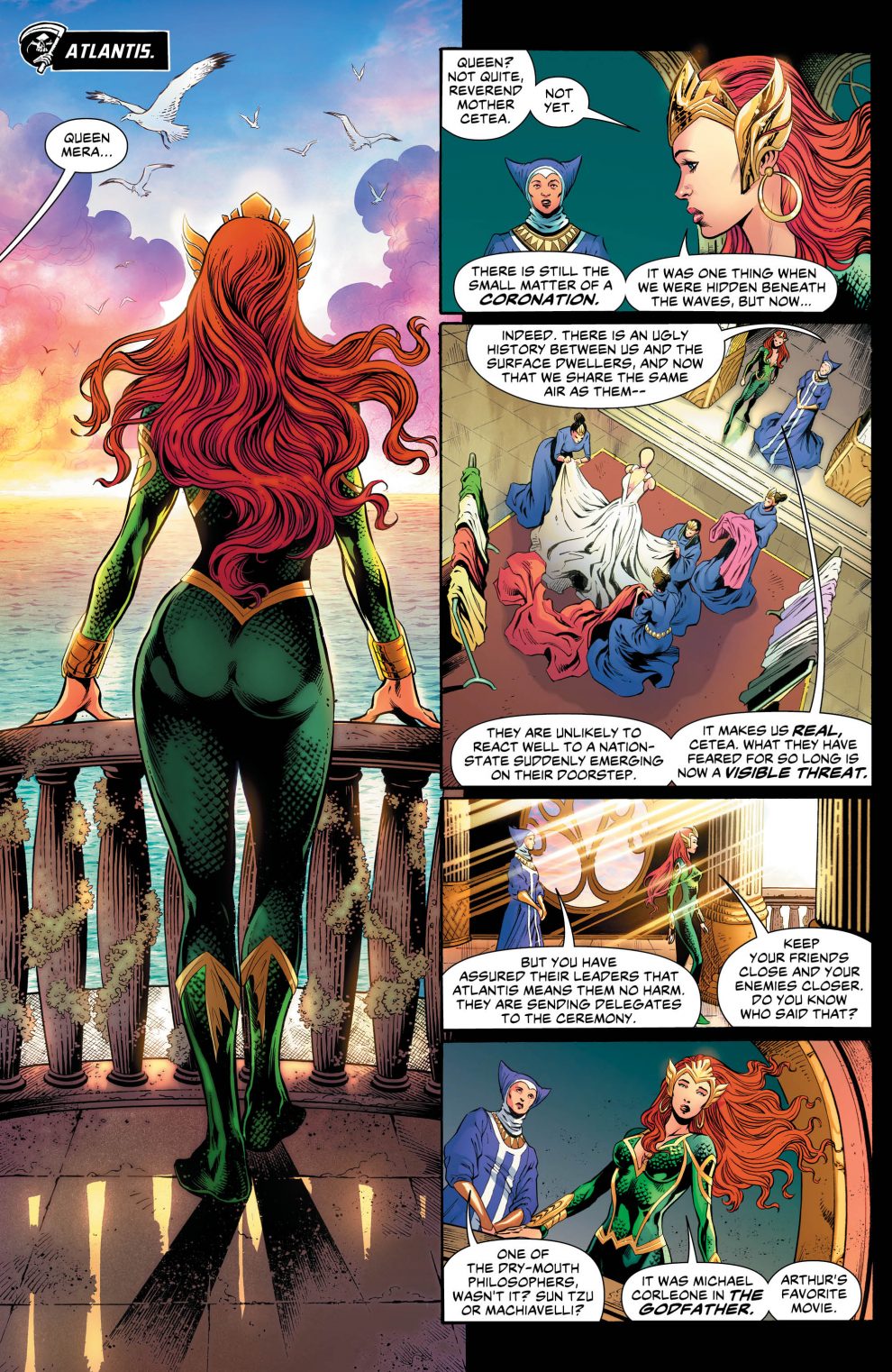 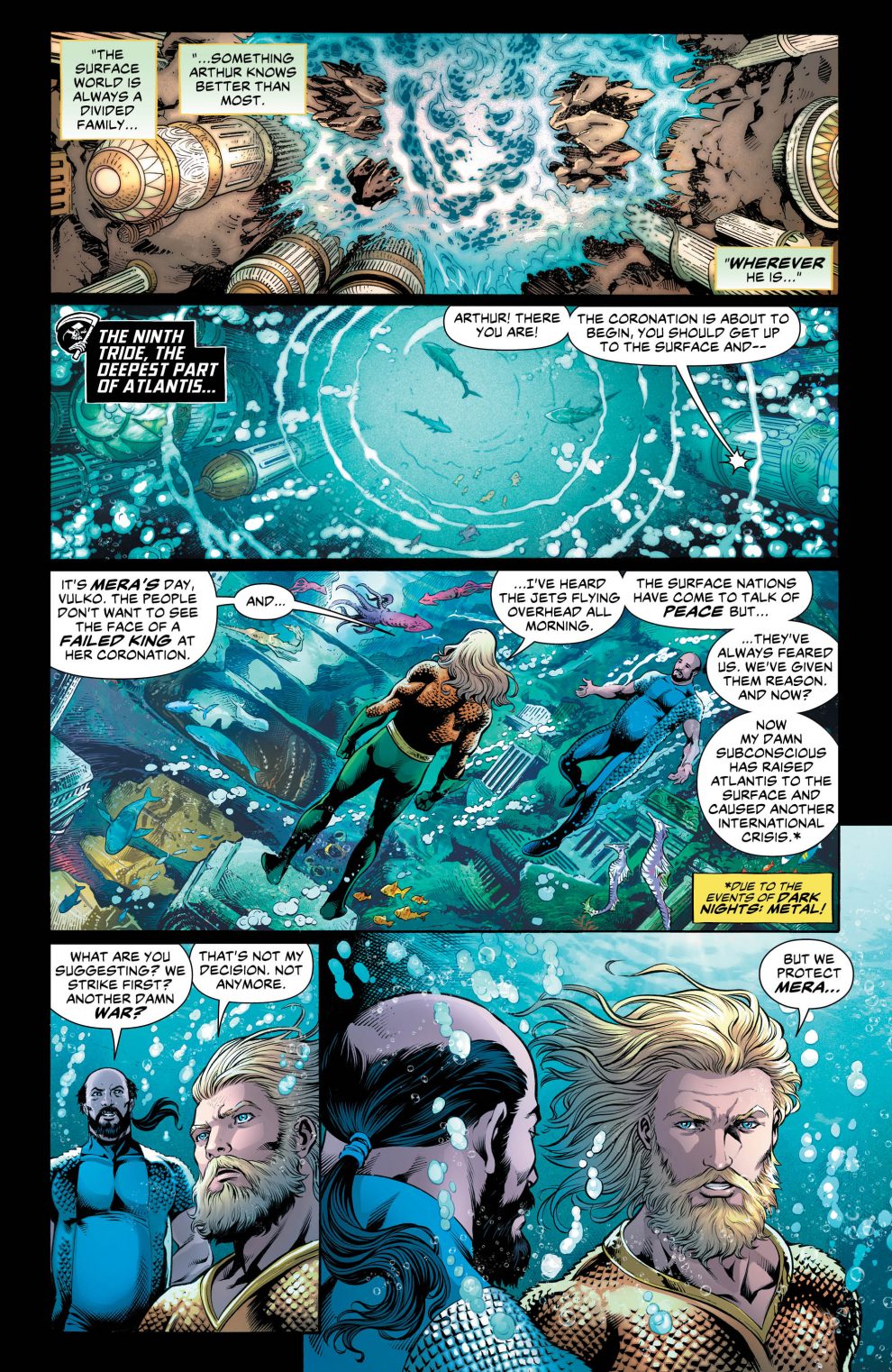 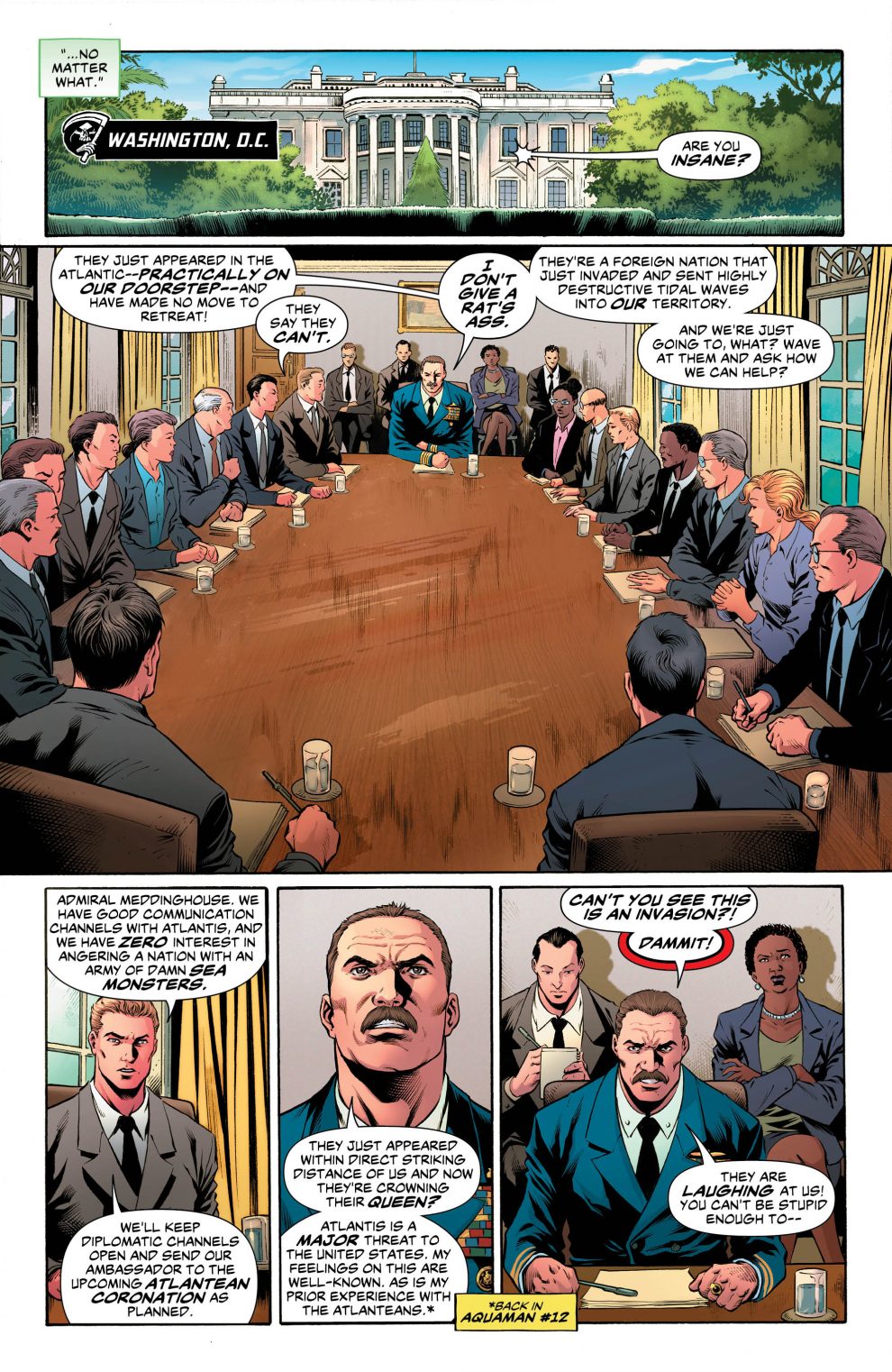 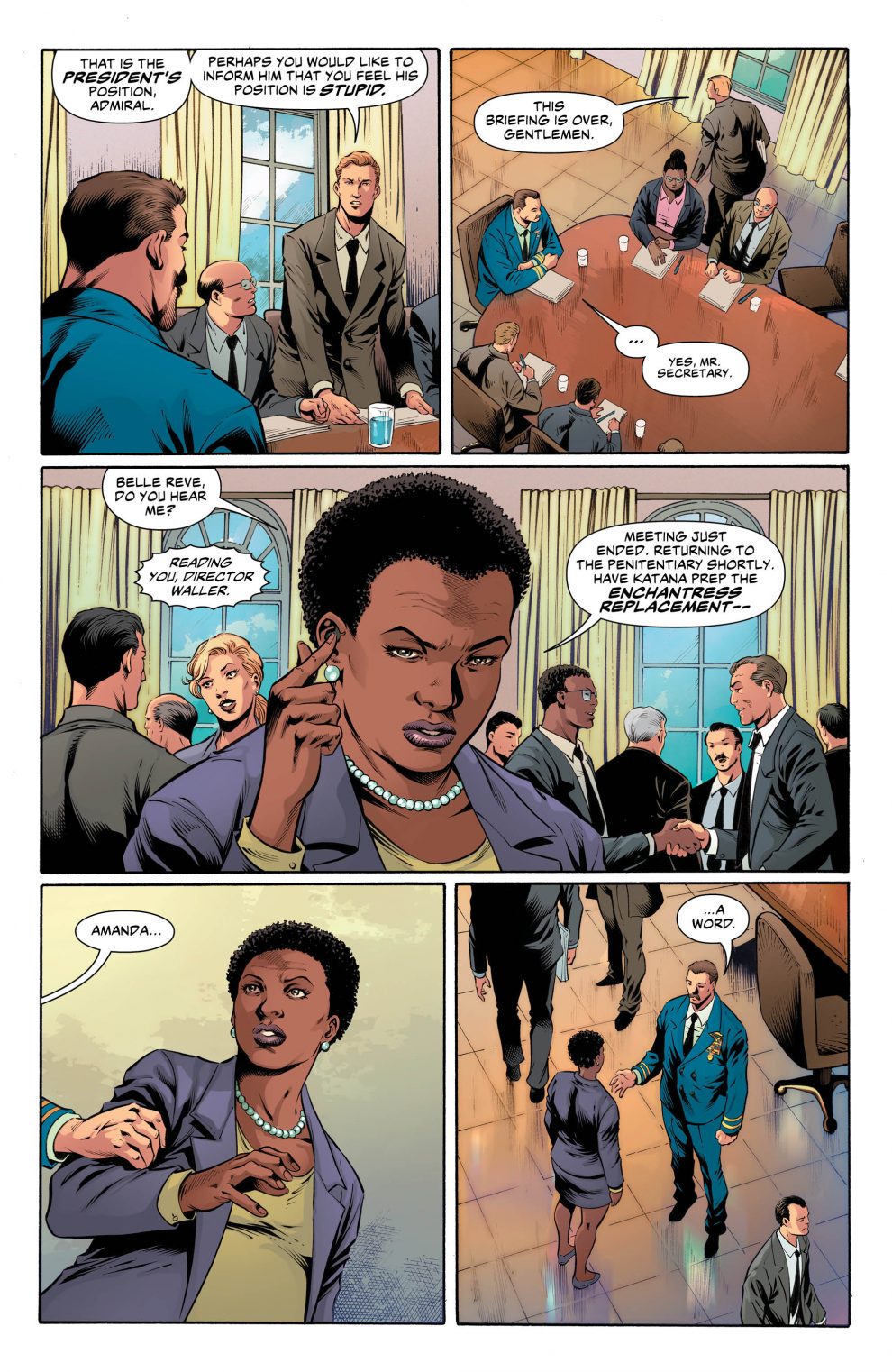 The artwork in this issue is probably one of the strongest I’ve seen in a Suicide Squad comic for a long time. I only hope that they keep the creative team on board with this run. This comic is going from strength to strength, I would seriously recommend picking it up this week.

As per usual, Williams does a fantastic job at laying out the groundwork in this issue. Setting up the conflict for the next few issues, leaving the comic on a cliff hanger that has me salivating for the next issue! The character dynamics have shifted ever so slightly too, which is to be expected after recent events.