Review: Adventures Of The Super Sons #5 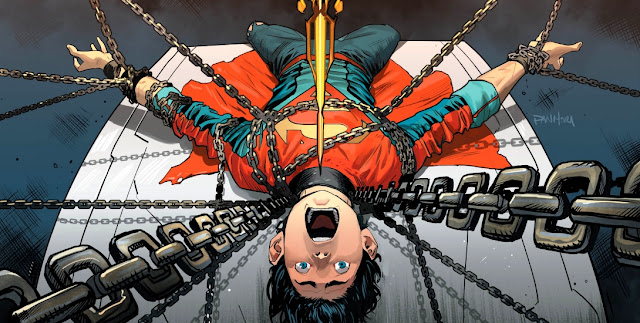 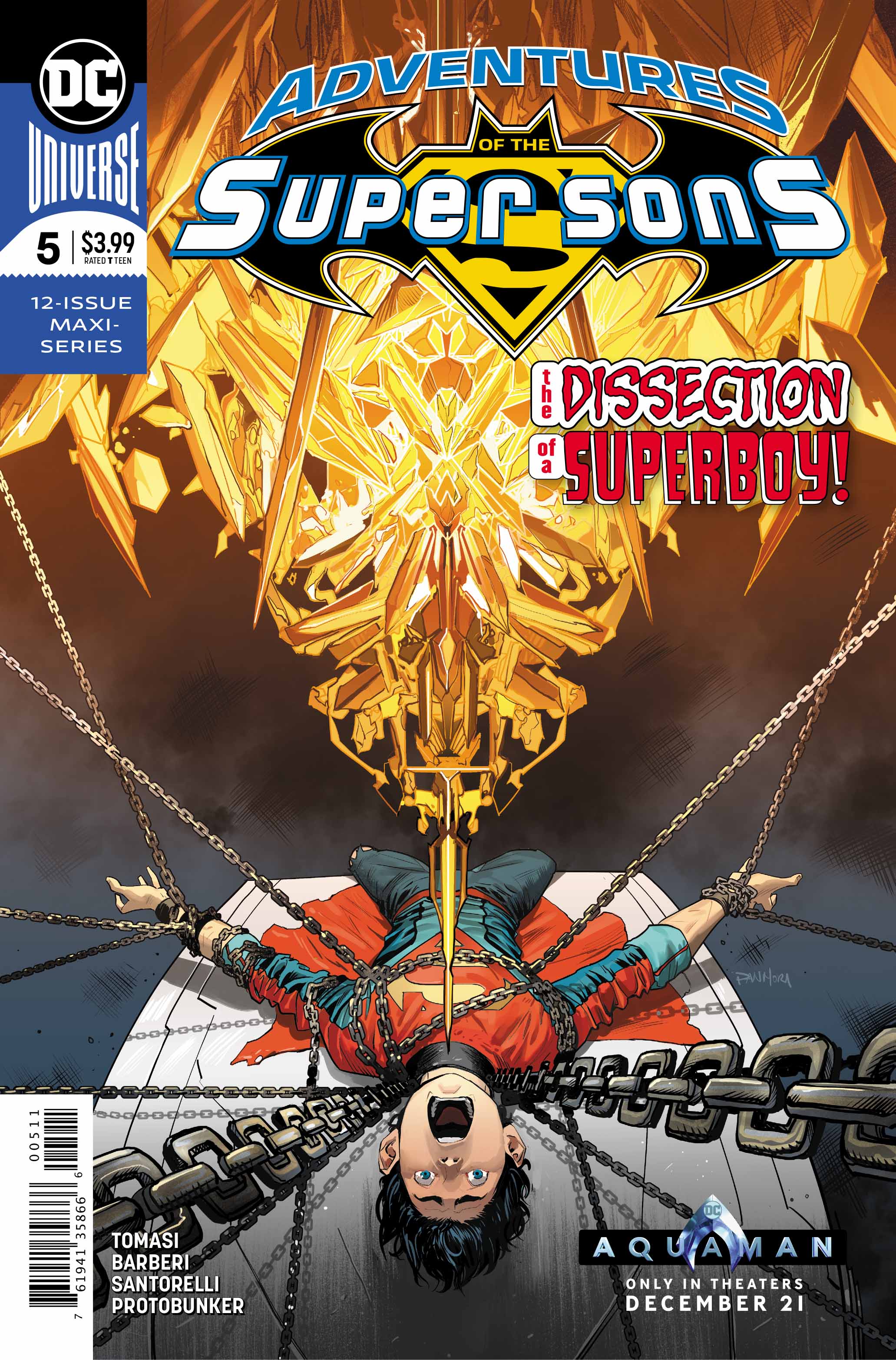 The previous issue was the Halloween special this title deserves. We saw the boys fight the walls themselves as a result of their situation. Everything about their being in a place like that – in deep space – made everything all the more troubling. All that said, the Super Sons then encountered older versions of themselves, making things all the more strange. It’s far easier for someone to confront another person than to deal with the problems within themselves.
This issue forced the two boys to really grow, and deal with their own inner truths. 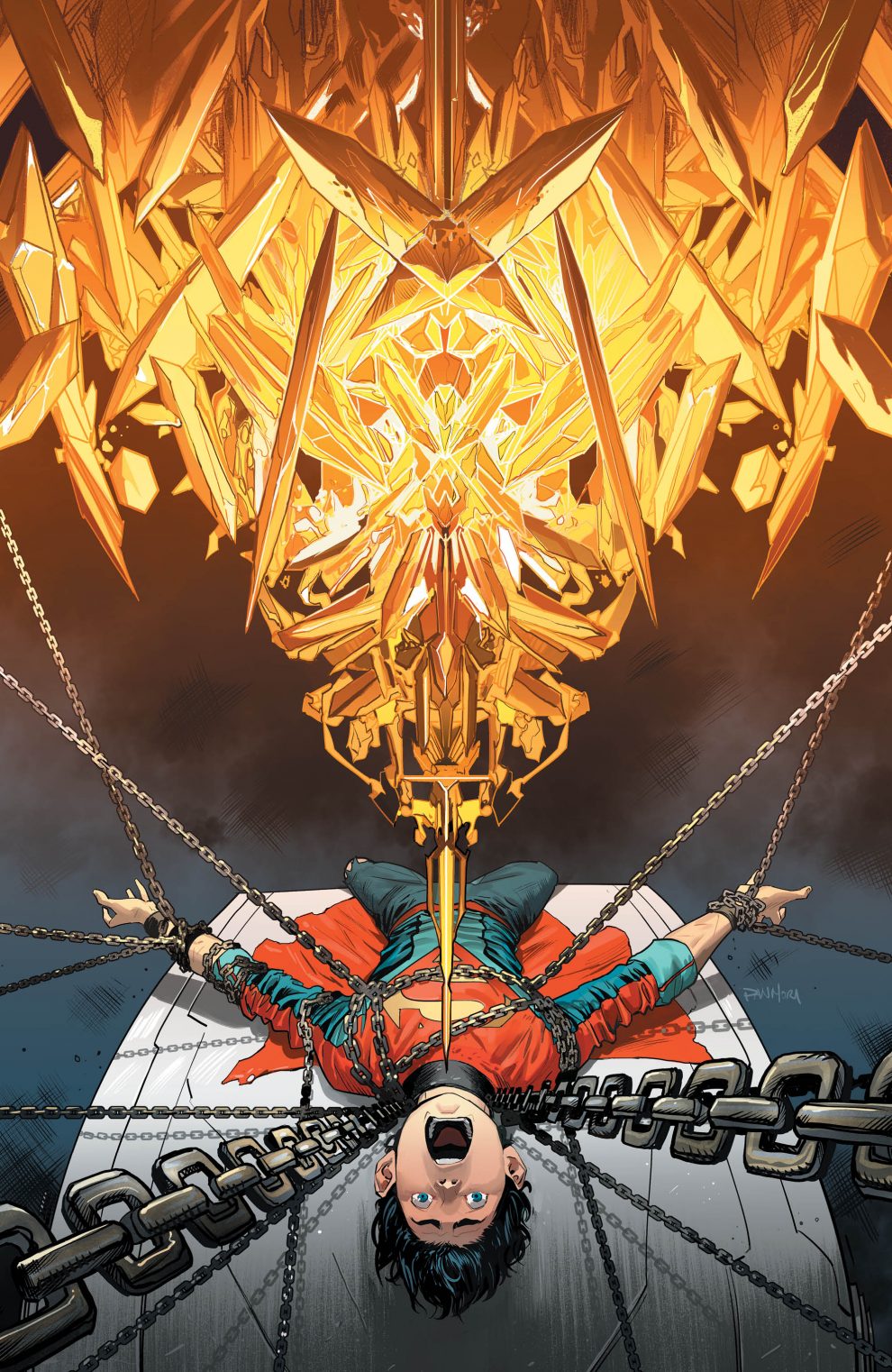 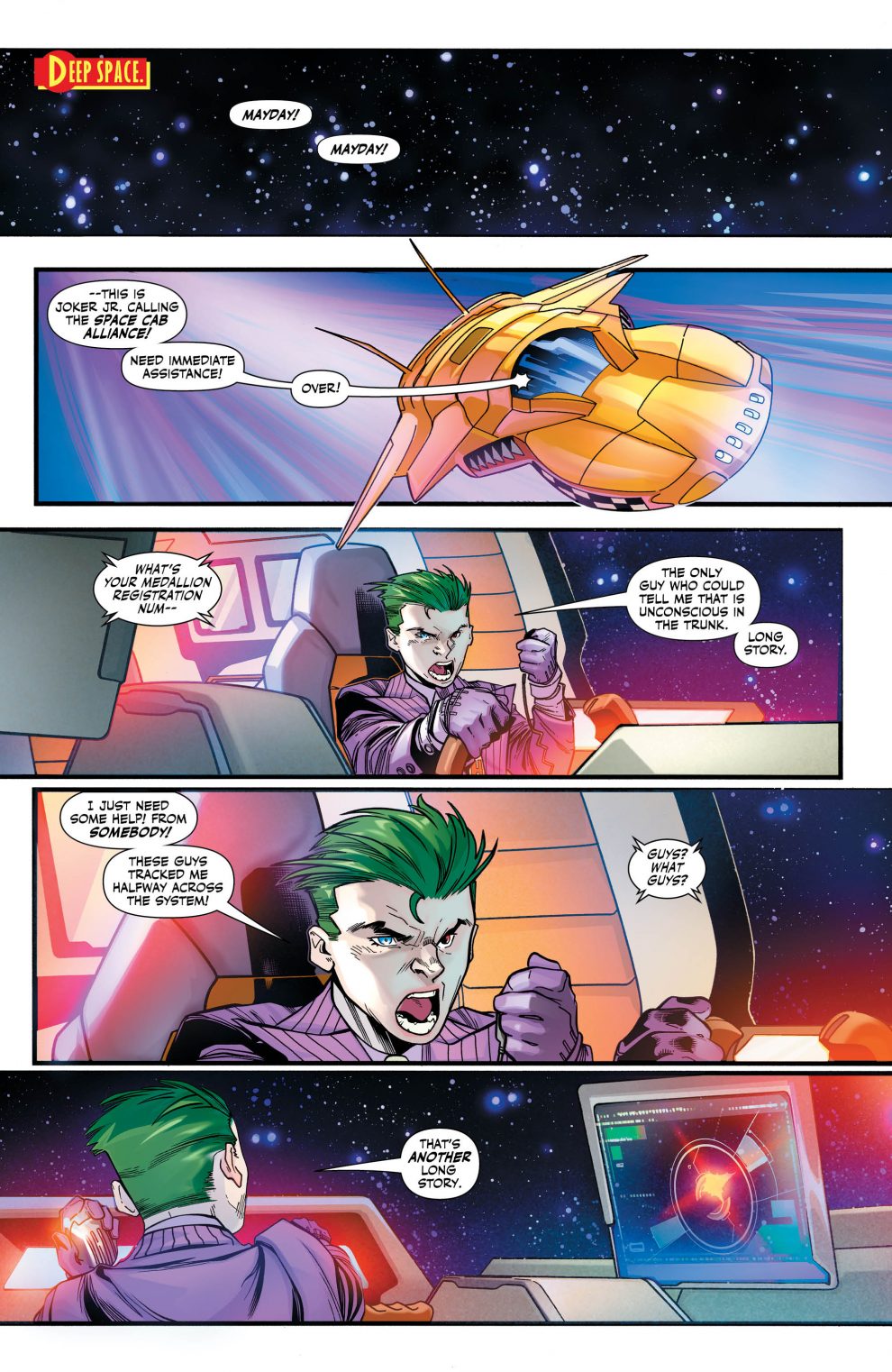 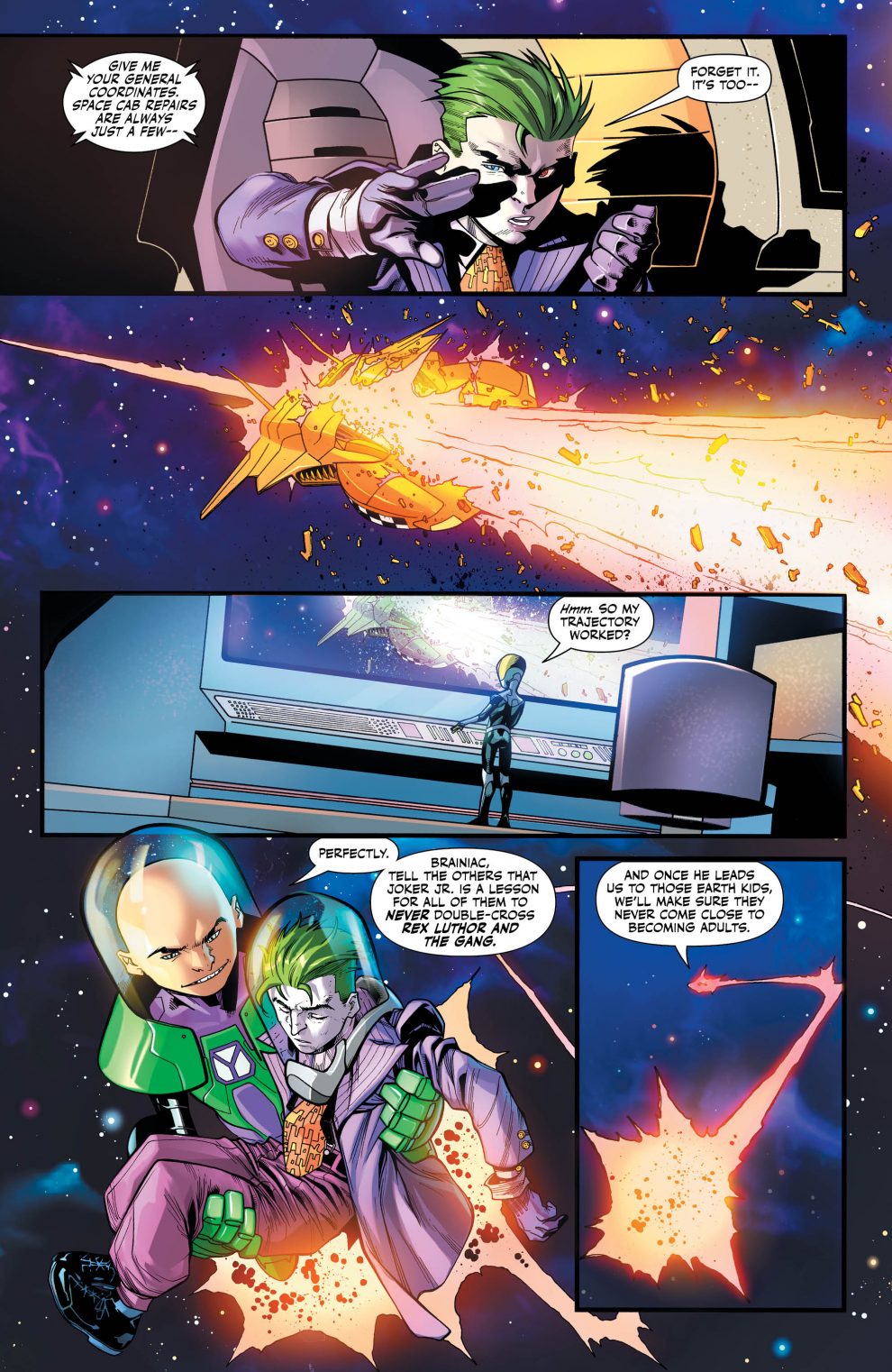 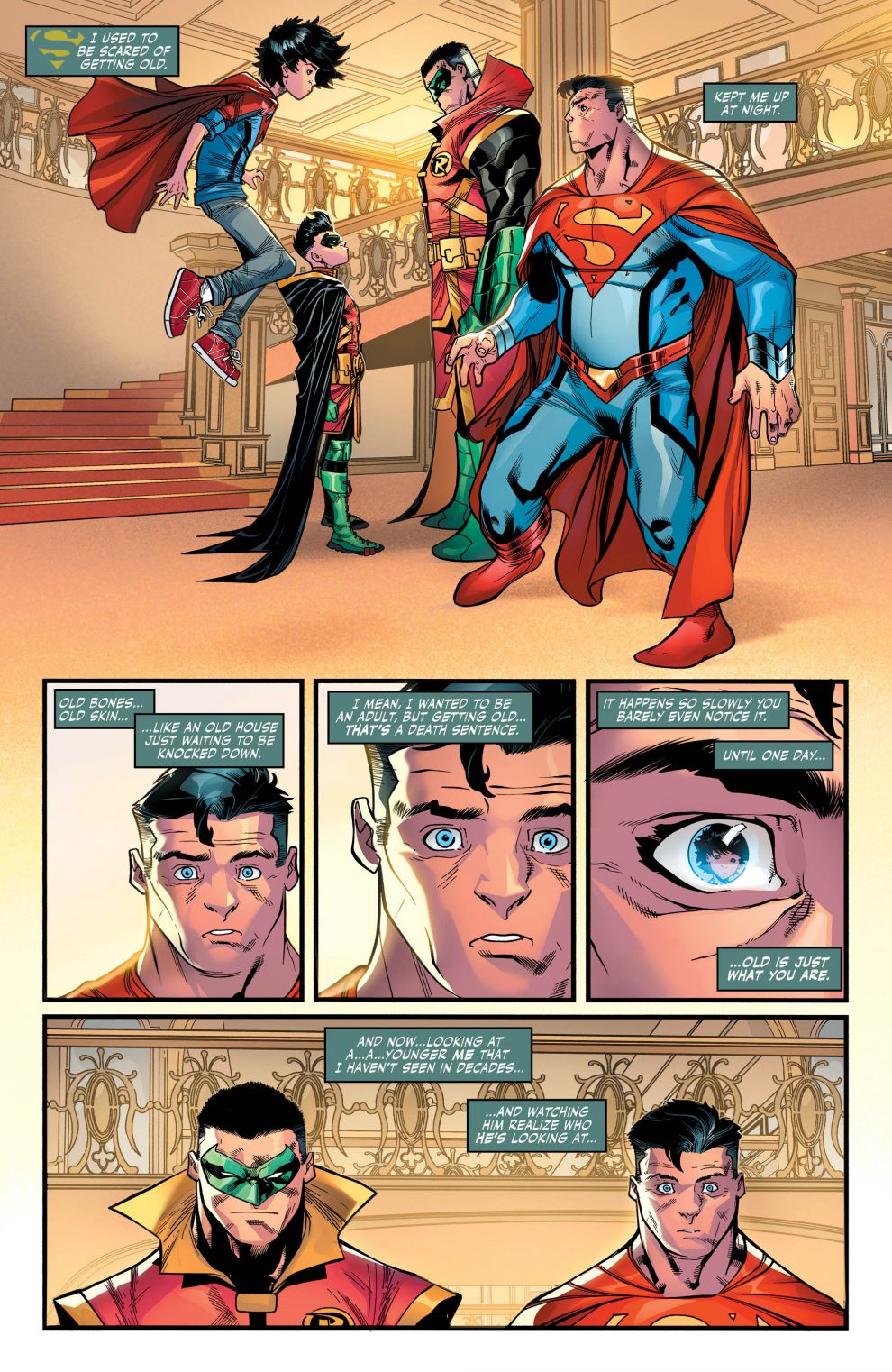 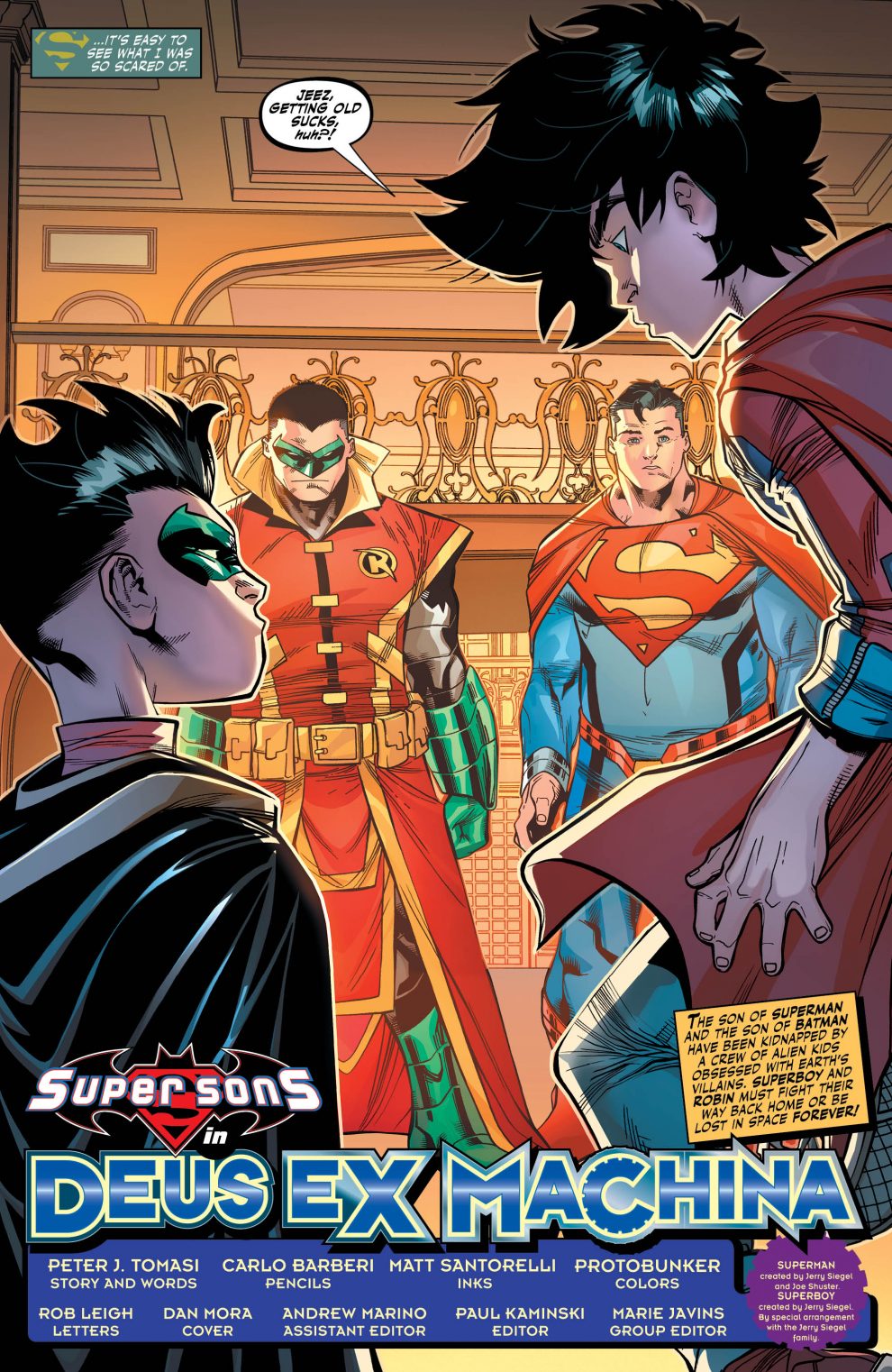 It’s key that Peter Tomasi has decided to start the issue reminding us of the real threat. With the Super Sons on their own adventure in a strange house, it’s easy to forget that dangerous, child versions of super villains are out there waiting.
The focus is on this mysterious house. As a longstanding Neil Gaiman fan, the house did resonate with something from the Sandman. This wasn’t shaken away when certain details came to light.
The overall importance of young characters, possibly the youngest heroes in DC right now (as Superboy is aged 10 in this issue). Having the two of them confront older versions of themselves gives a unique standpoint. It reminds me of Whatever Happened to the Man of Tomorrow. It’s an interesting chance to do a character study if you take the character out of their usual setting, and throw them into something idyllic. They know deep down that this isn’t where they’re meant to be, and it tests their heroism to give up the happy because they know it isn’t the real world.

This two issue sojourn from the main storyline has done wonders for character development. We’re seeing both Jon and Damian taking equal parts in their heroic duo work. They’re getting used to each other, just in time to get back home before the semester resumes. Or before Rex and his tiny cabal destroy everything. Whichever comes first.