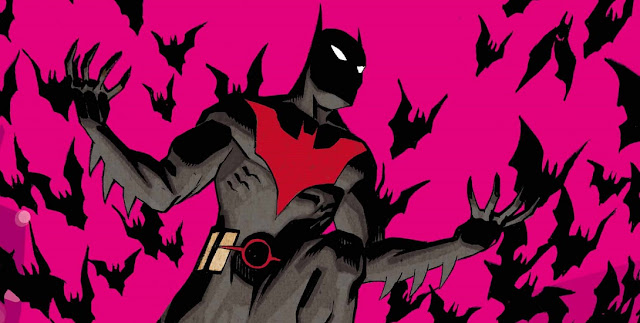 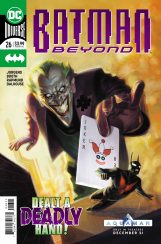 The ambitious, and layered stories of Gotham yet to come. After the shock return of the Joker in issue #25, Dan Jurgens does what’s needed, as we get the glimpse of a logical explanation as to how he can be back. The real masterwork here is that the glimpses were felt as early as issue 5 of this run. I didn’t notice either. We see the fallout after one day of the Joker returning, and everyone’s reaction to the devastation.
In this issue, it’s clear that we have much more to look forward to. The Joker only ever makes the most dramatic of entrances. Batman spends most of the issue dealing with the collateral. We the reader can feel that the Joker is back. Being able to manage the tension of a serious threat’s return, yet have none of the conflict involve them directly is a real feat. The Joker can claim mastery while the people of Gotham scrabble around trying to recover. 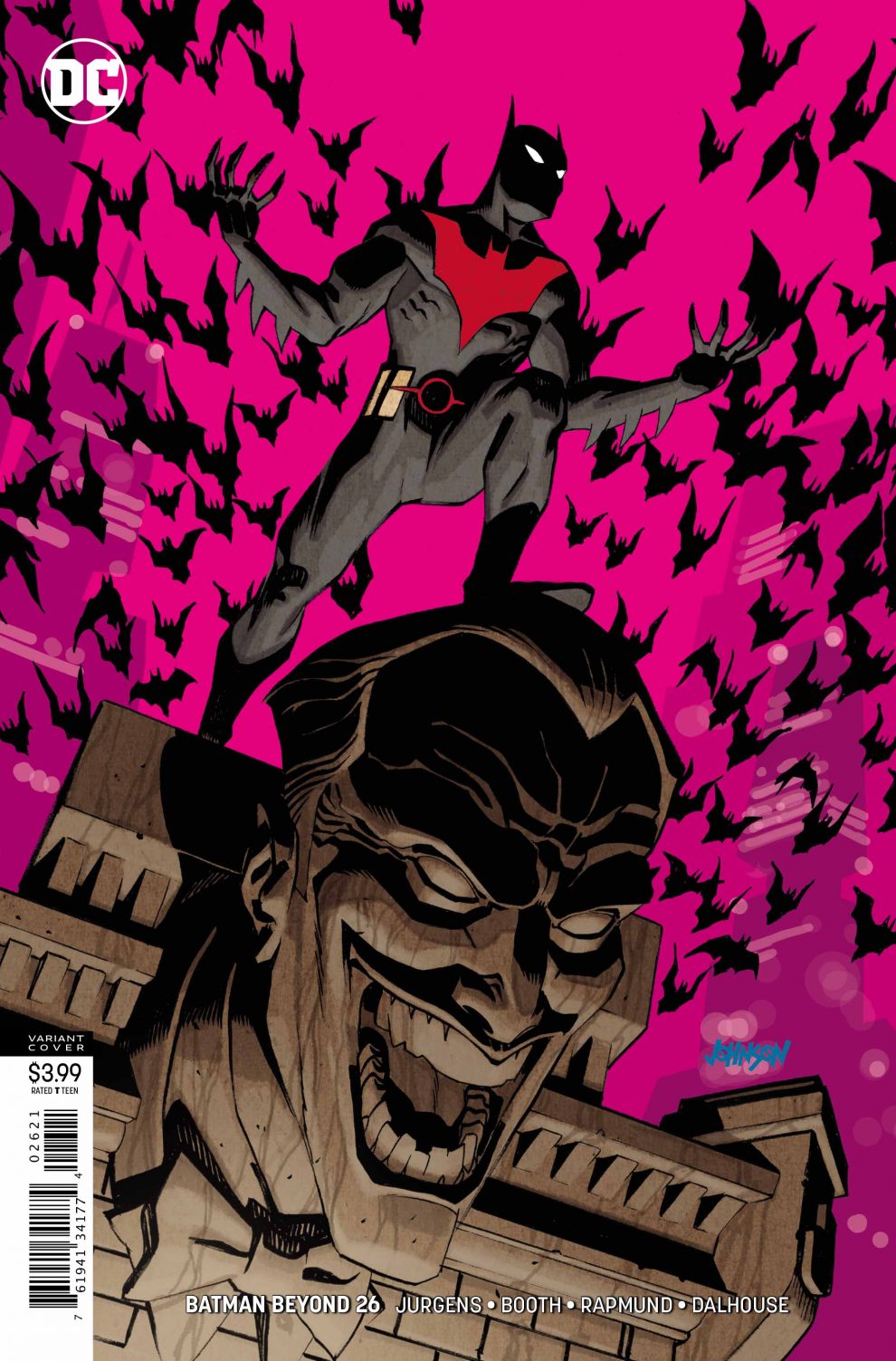 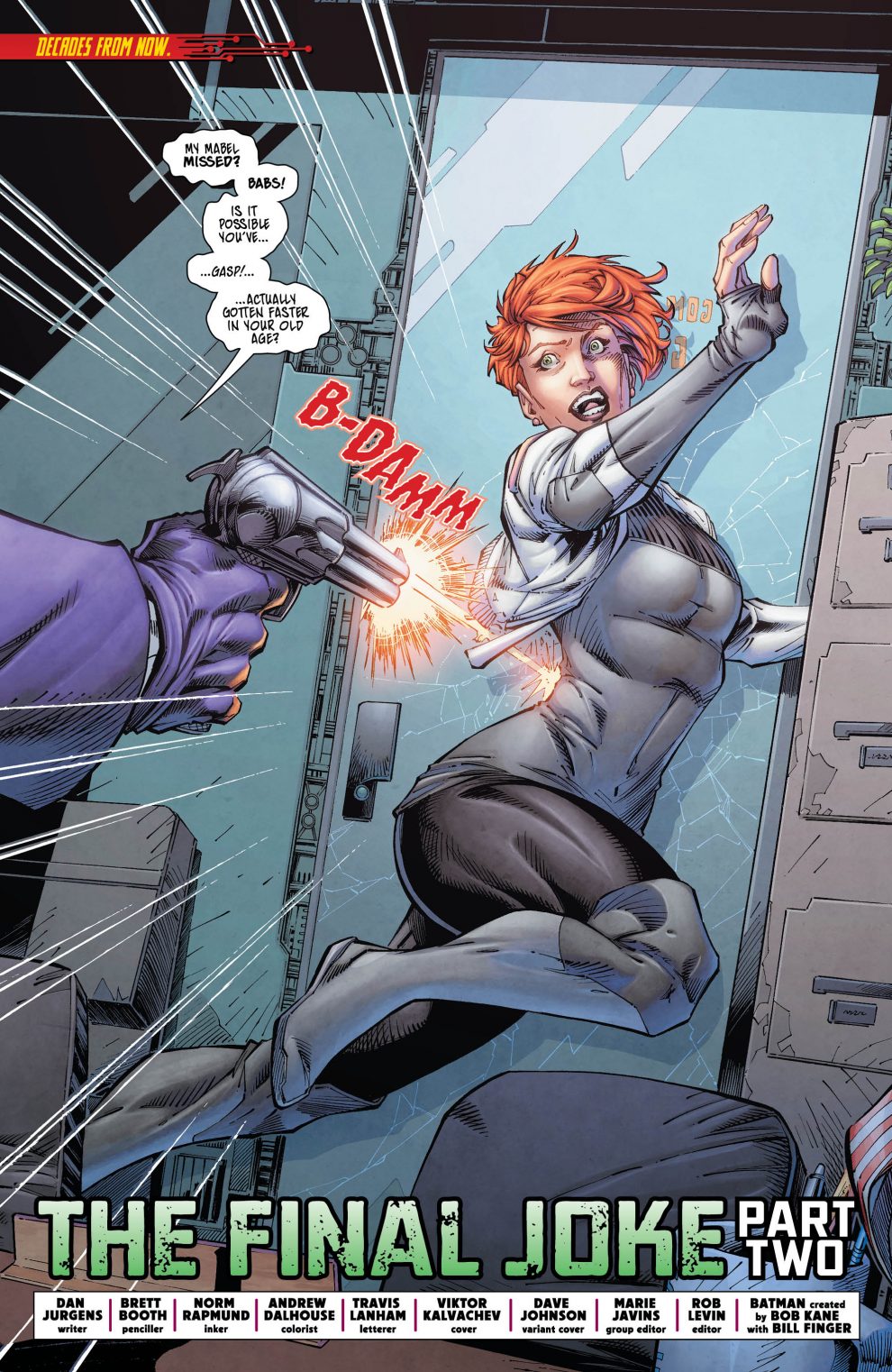 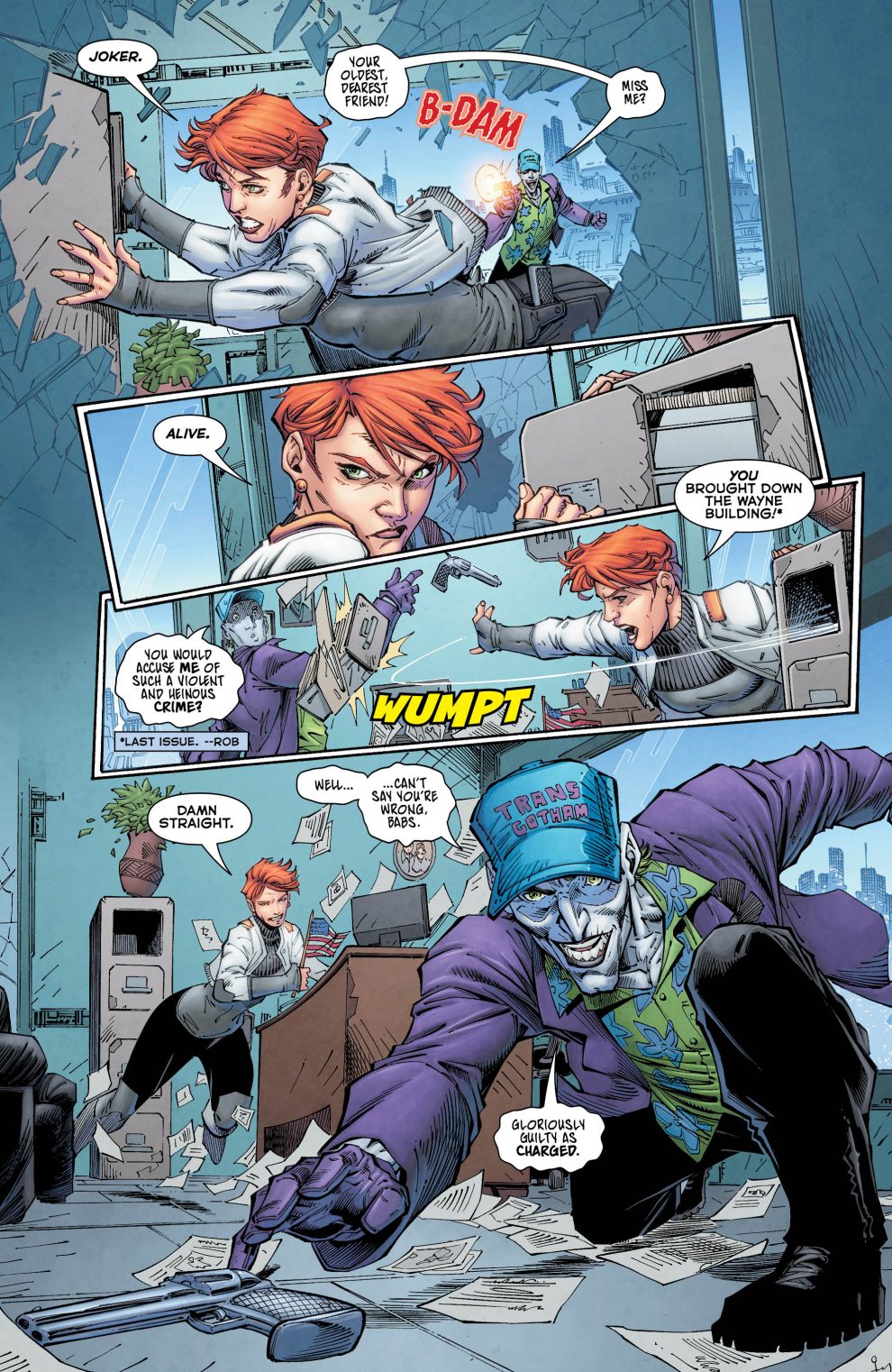 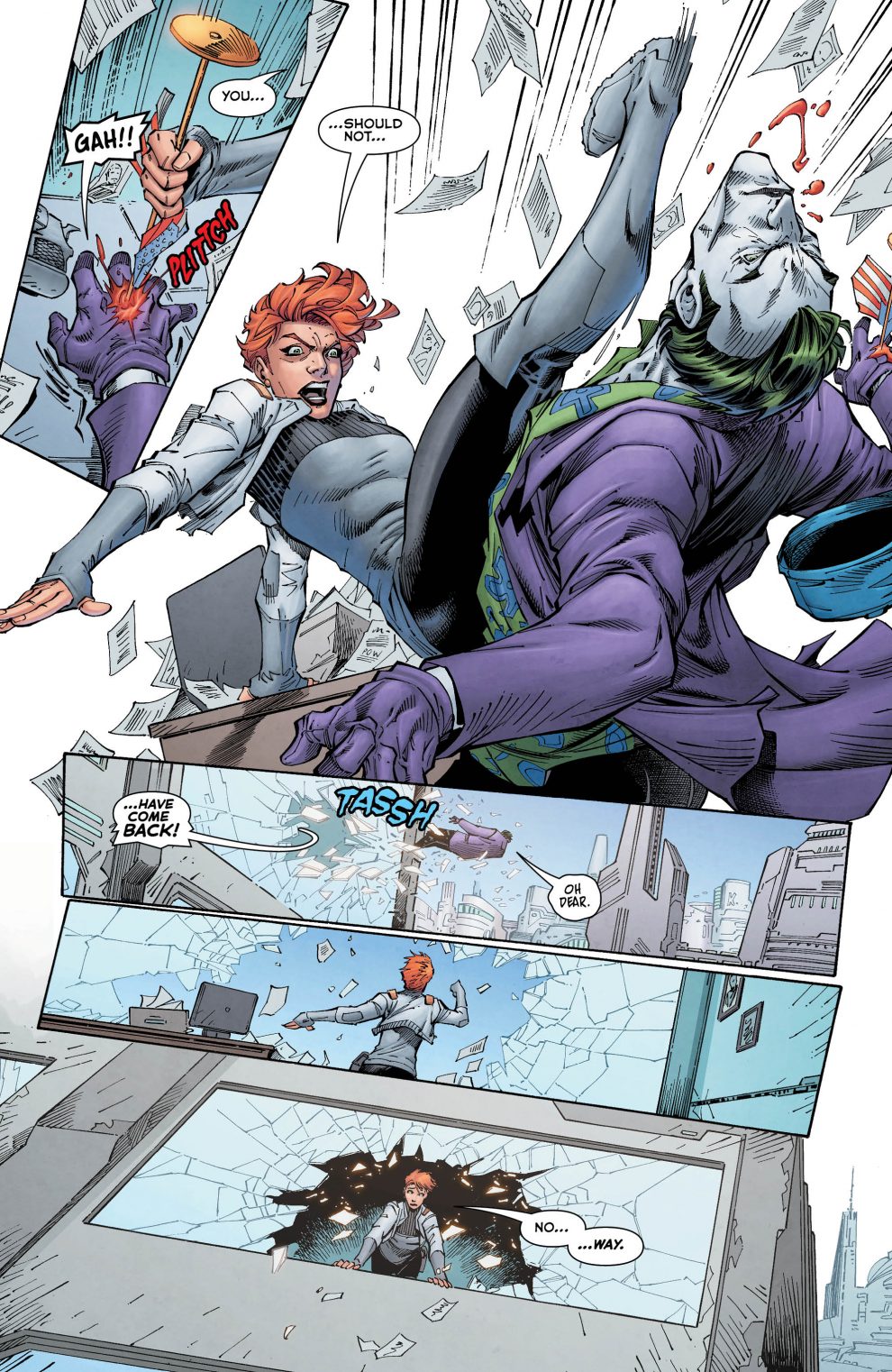 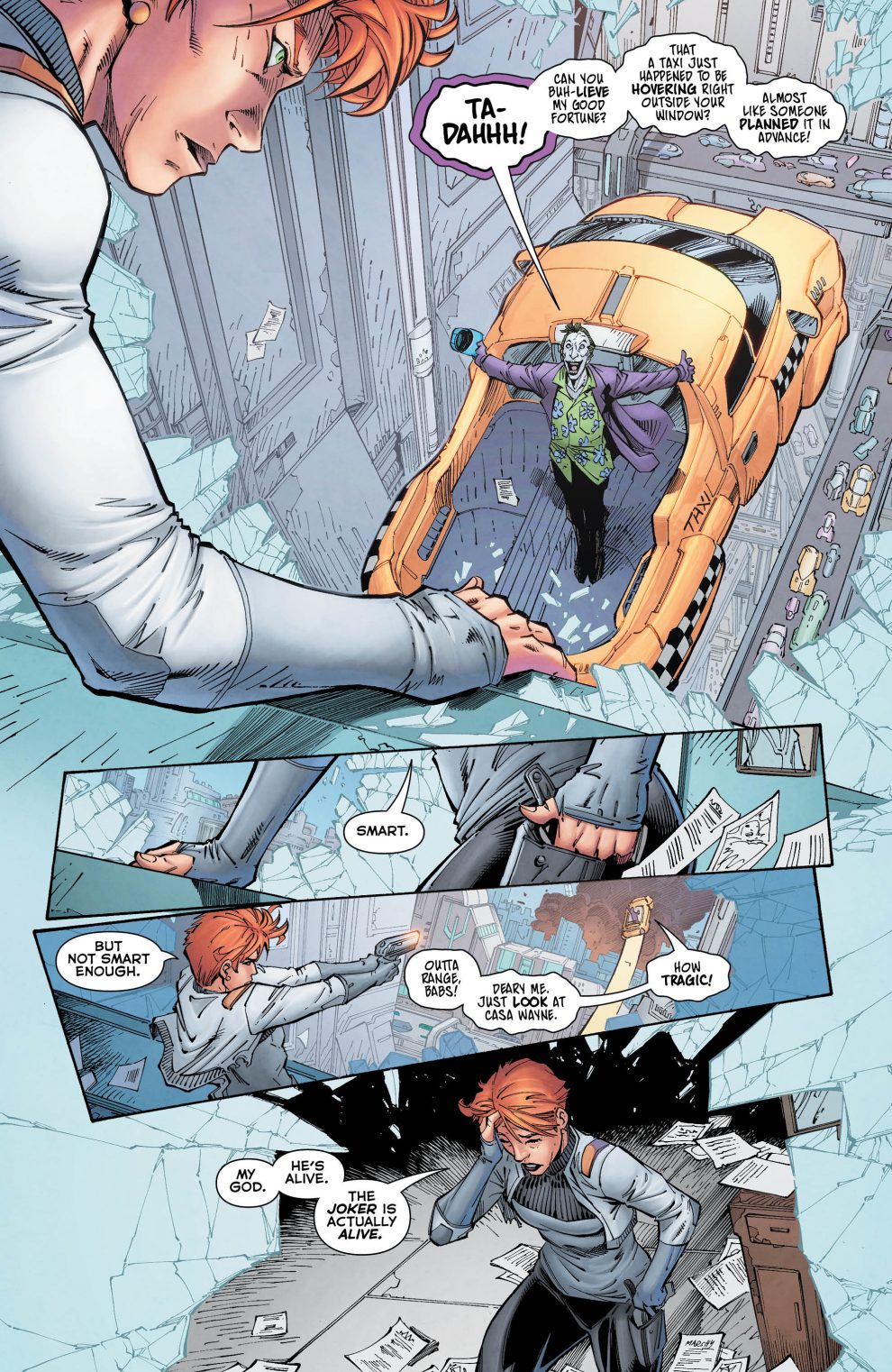 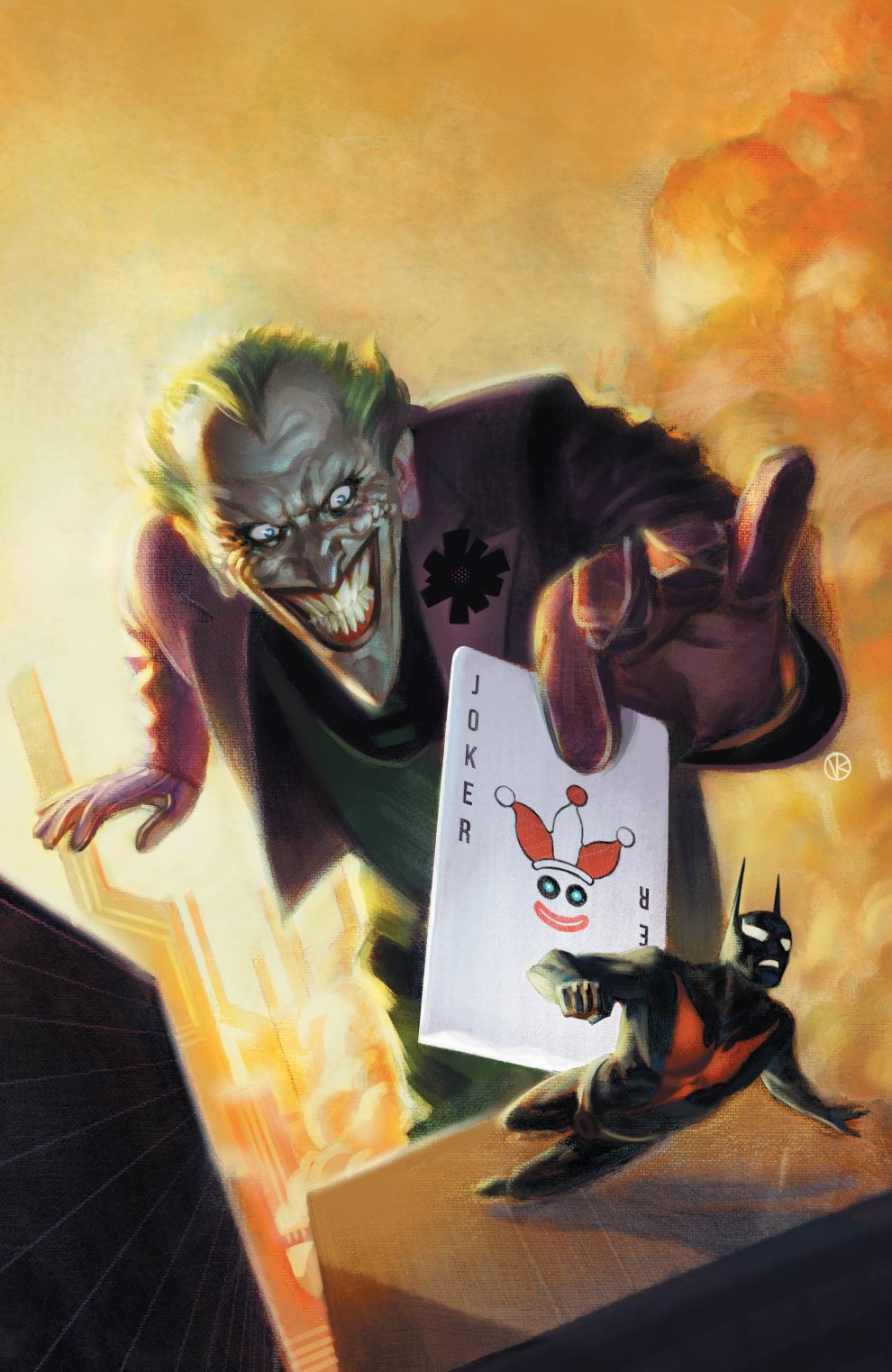 At the same time, Jurgens manages our expectations. There have been too many comics that have taken place after something serious, which haven’t hit the mark in carrying the tension over to a true climax. We readers never get to relax. Booth’s detailed shots of the devastation left by the Joker and how Batman involves himself never lose pace across the whole, dynamic issue.

With the Joker’s return, we’re all wondering what he’ll do next. We’re reminded that he sought out Barbara first, and tried to paralyse her again. The Joker is a creature of habit, and he might want to make history repeat itself.