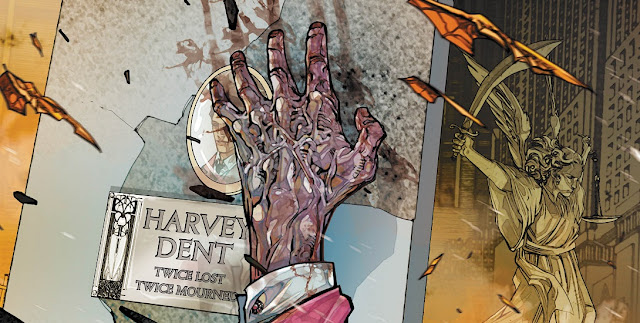 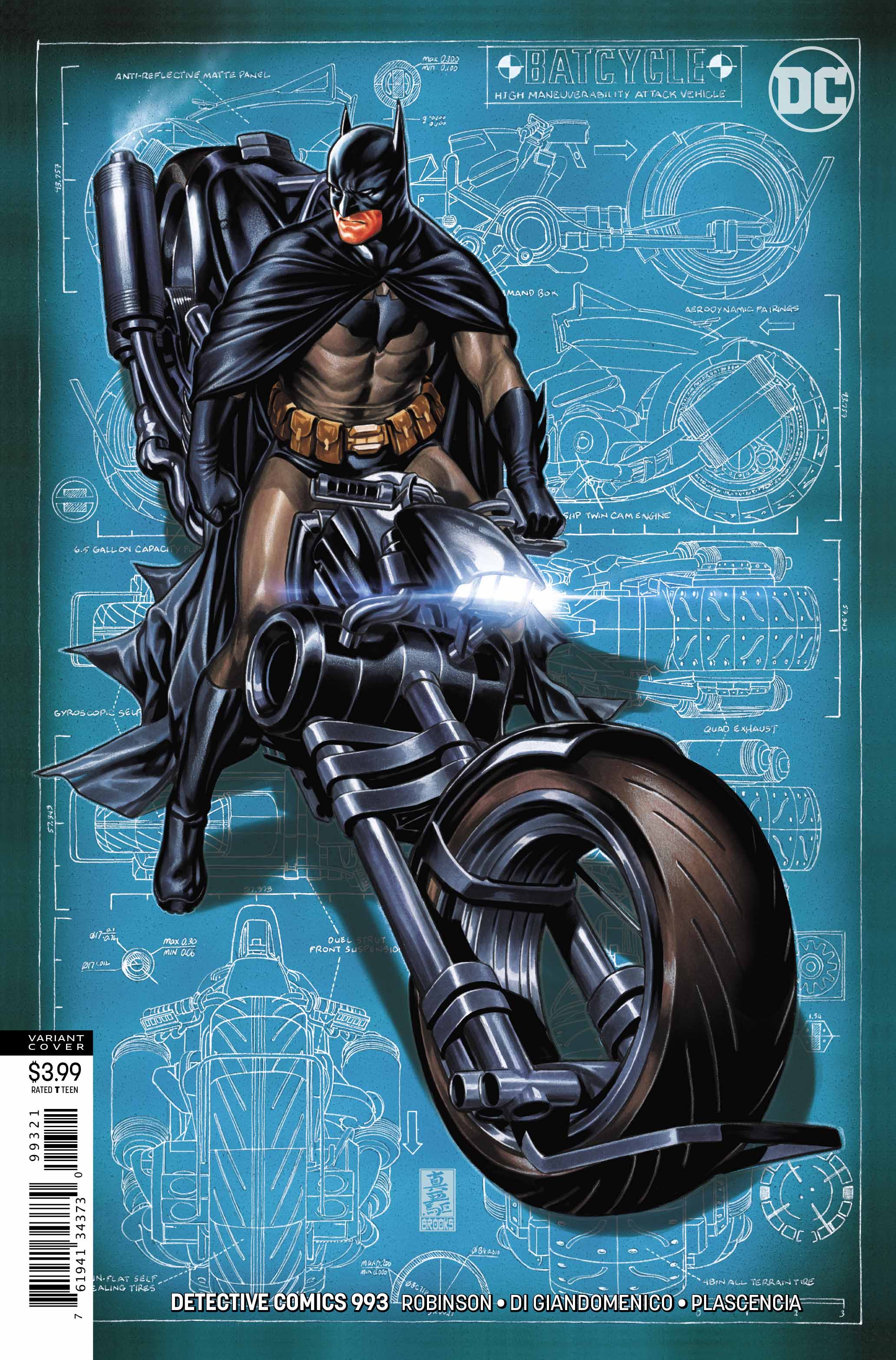 After uncovering Two-Face’s latest scheme Batman joined forces with his old enemy to face down Kobra. The two former friends were united once more, fighting a common foe. It’s the sixth and final chapter of “Deface The Face.” Detective Comics #992 was a vast improvement over issues #988-#991, so I hoped that this climax would blow my mind.
It didn’t.
I don’t want to spoil anything, but apart from being beautifully drawn, colored and lettered, this issue was a stinker.  Just my opinion. Carmine Di Giandomenico, Ivan Plascencia and Rob Leigh have performed brilliantly, but – in terms of the writing – the issue was a cop-out with a non-ending and was basically a slap in the face to everyone reading it. 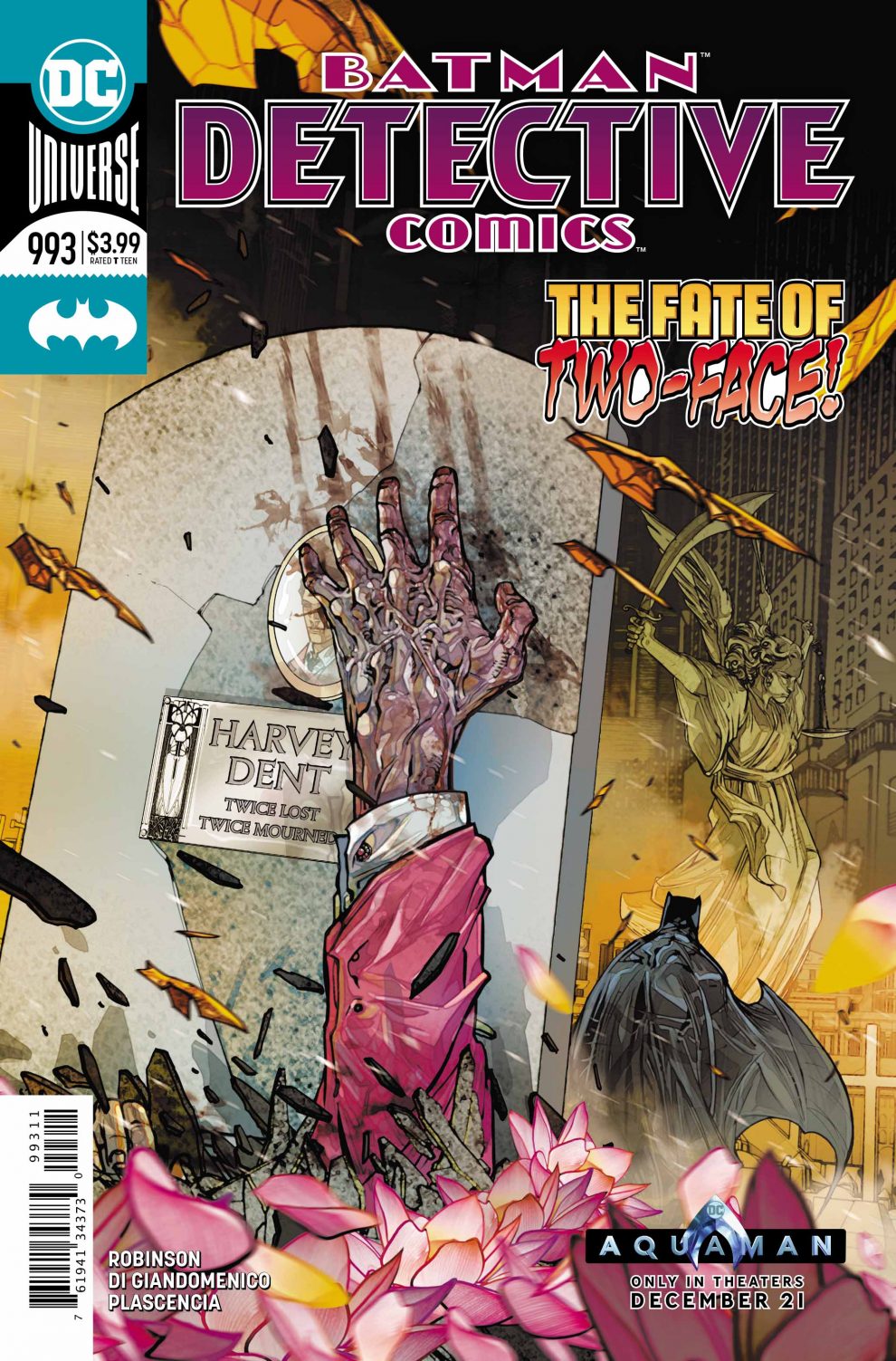 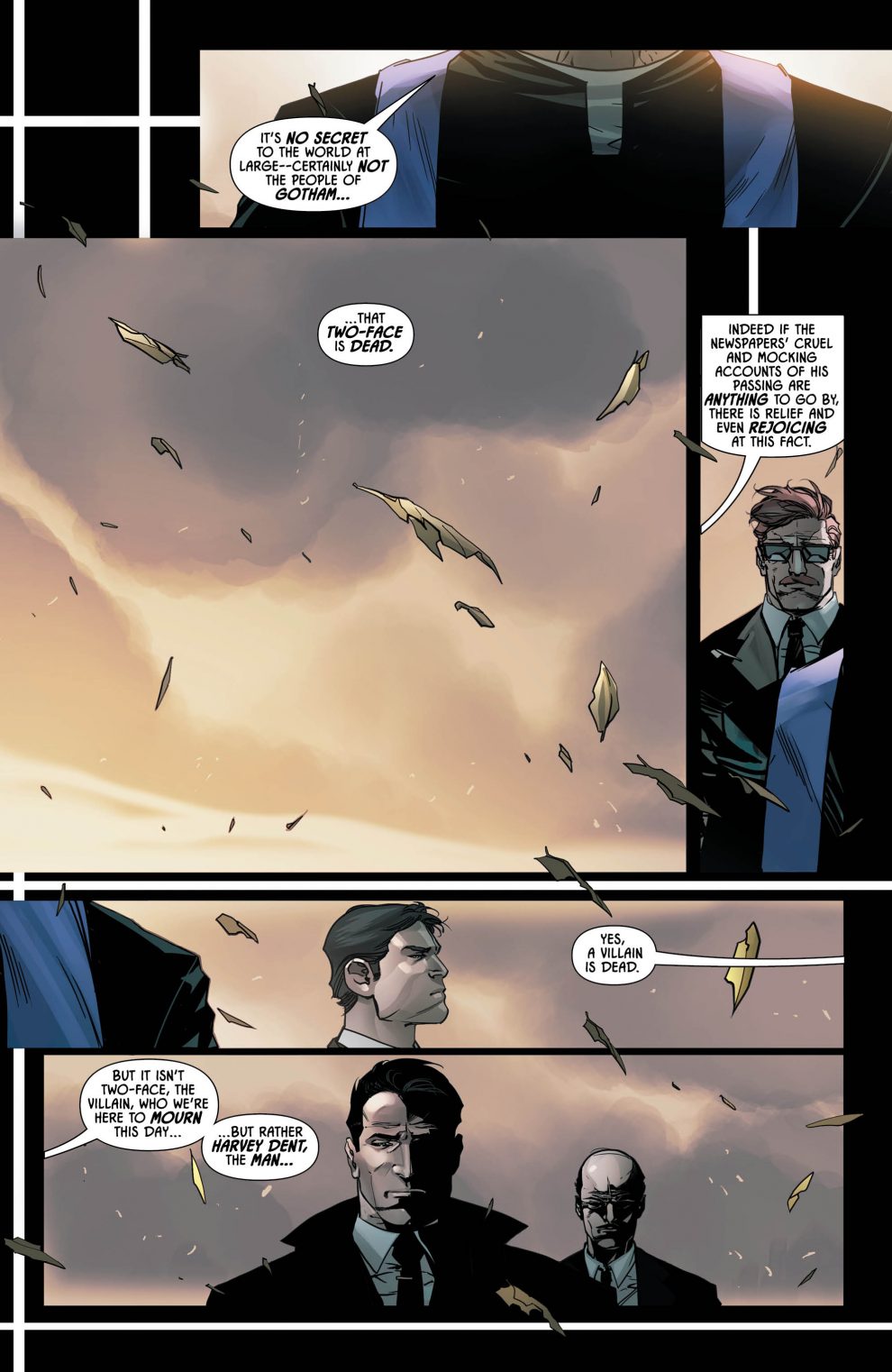 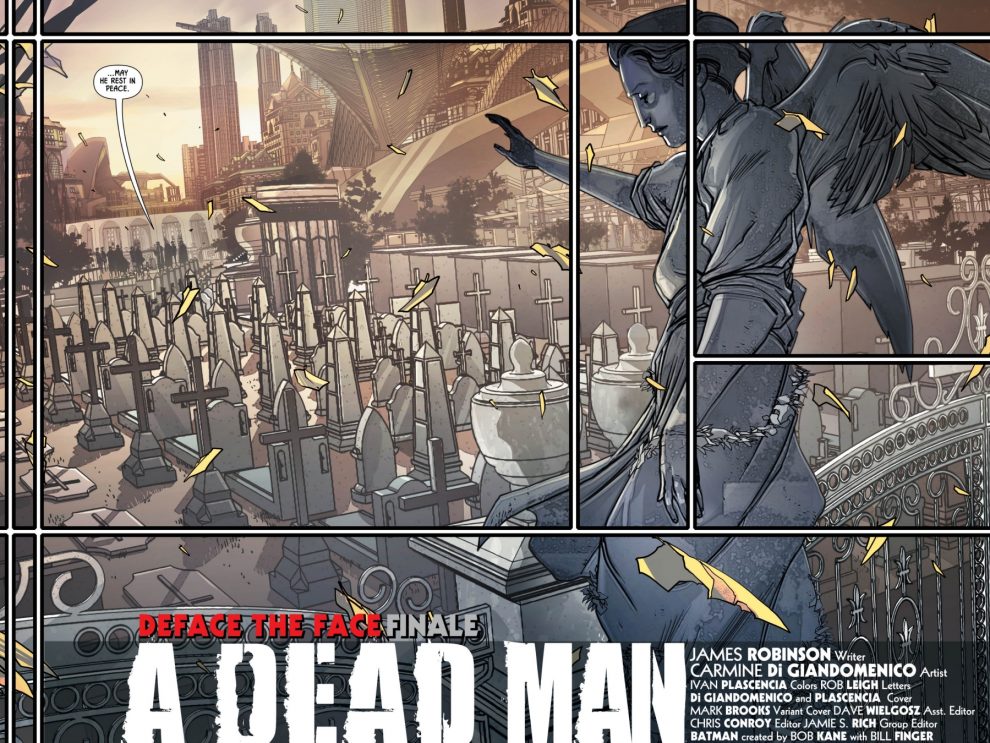 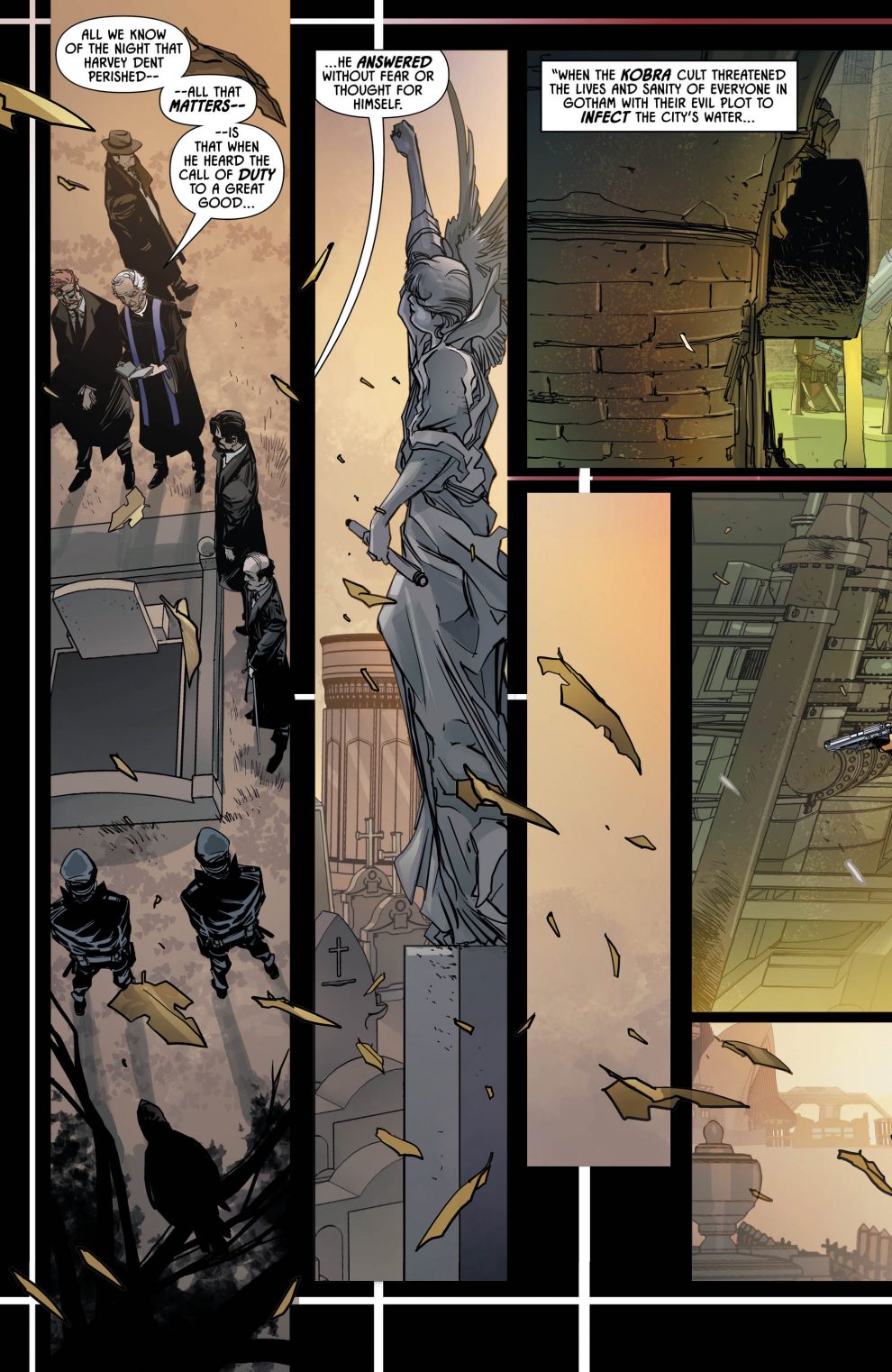 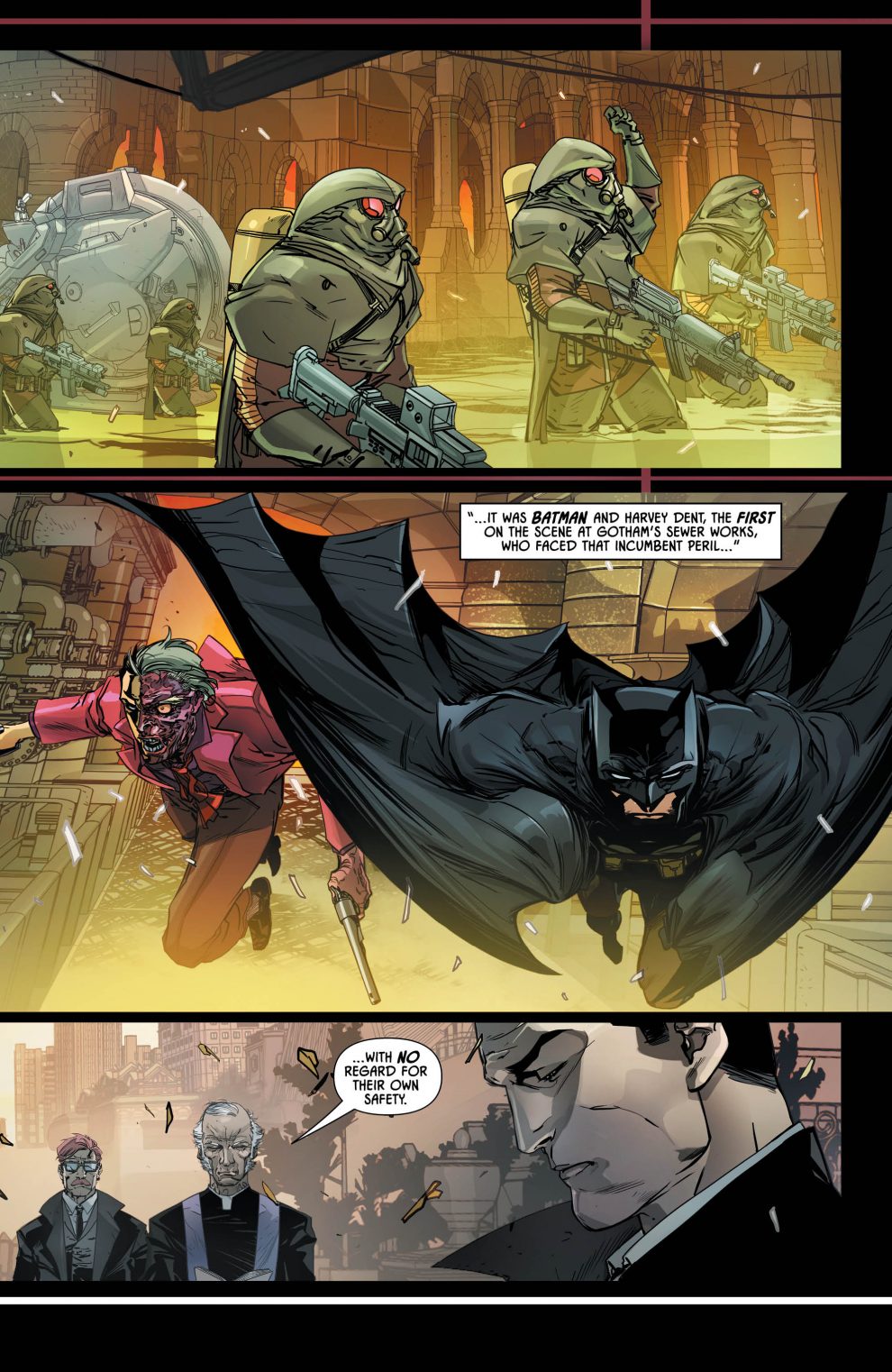 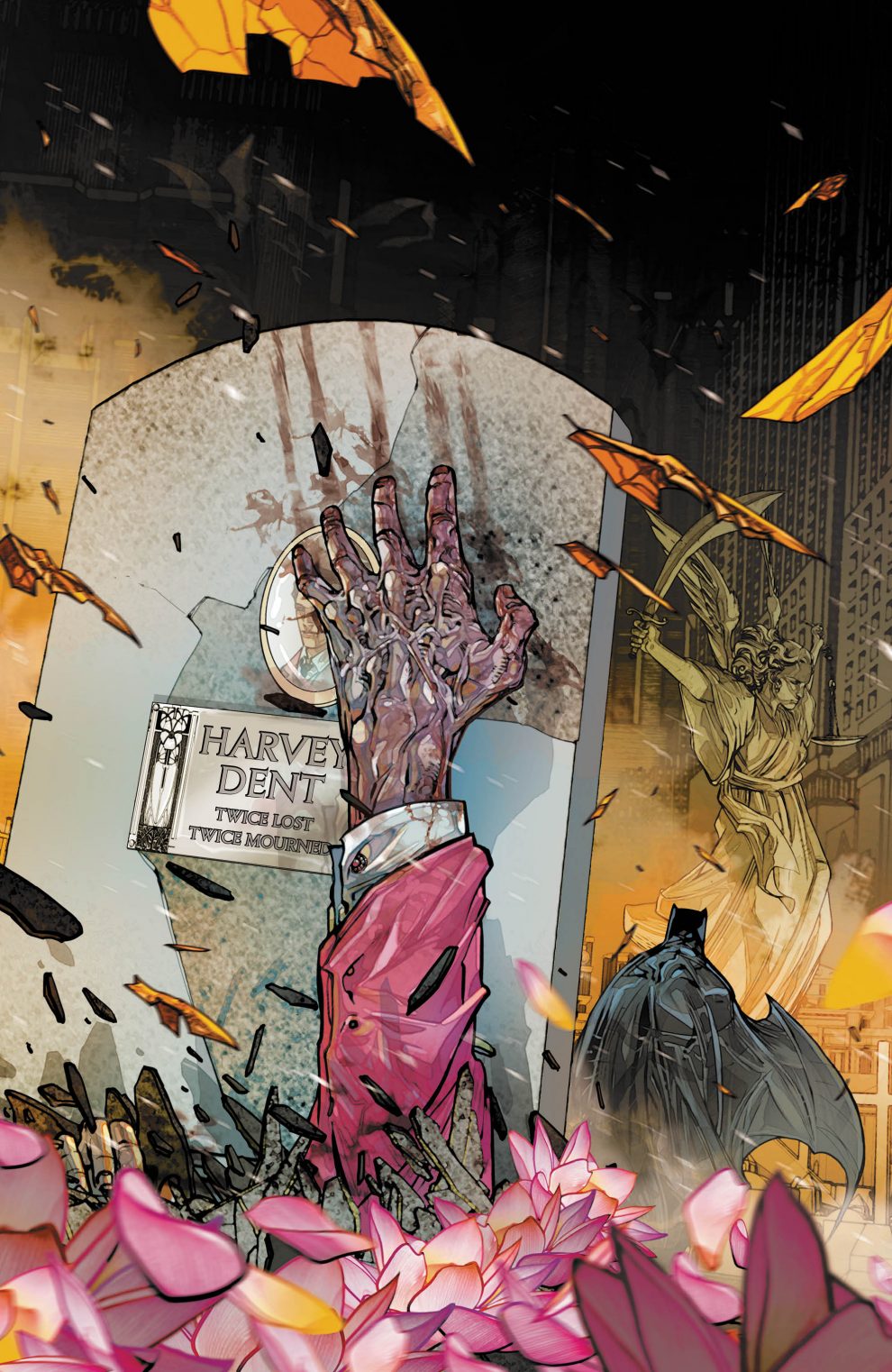 Detective Comics – Dead In The Water?

If anyone out there enjoyed this story, I’m happy for you. These six issues, in my opinion, were a complete waste of time and the worst kind of filler imaginable. I apologise, but that’s how I feel. The emotional weight of the issue’s title, and what could have been, are basically crushed, soiled and then dumped on from a great height. Nothing has changed and what I hoped would be a new, fresh spin on the Batman/Harvey Dent relationship just turned out to be a poorly handled rehash.
I love Detective Comics. I have collected every issue of this series, going back to 1986 and even bought this story – even though I get free digital copies from DC for review purposes. My collection will remain complete, but I don’t think I’ll ever read this story again. I feel bad for the artists and letterer, because their work has remained exceptional throughout.

I mark my reviews by giving up to five points for plot and script, and five for line art, colors and lettering. Carmine Di Giandomenico, Ivan Plascencia and Rob Leigh all get full marks. I cannot give a zero for the writing, because I know how hard a comics writer’s job is; the effort alone is worth a point… but that’s all I can give it.
I came into “Deface The Face” with high hopes, but was disappointed. I am hopeful again with Peter J. Tomasi taking over next issue. Mr. Tomasi has already impressed me greatly with his fantastic work on Batman & Robin, Super Sons and  – one of my favorite ever runs on Superman. While my faith has been shaken, I still believe in Detective Comics.