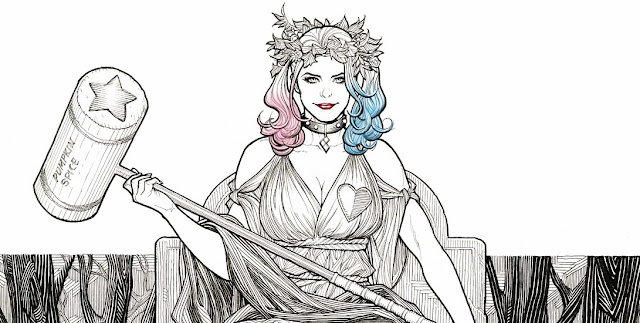 Writer: Sam Humphries
Artist: Lucas Werneck
Colors: Gabe Eltaeb
Letters: Dave Sharpe
Review by Philip Clark
Summary
“Minor Disasters!” Part Two starts off right where last issue finishes. After trying to win the internet in order to pay off her debts to the city, Harley breaks down and calls out her ‘fans’. Instead of deleting the video, she accidentally posts it. This slip of the finger was caused by Minor Disaster, the daughter of super villain Major Disaster. 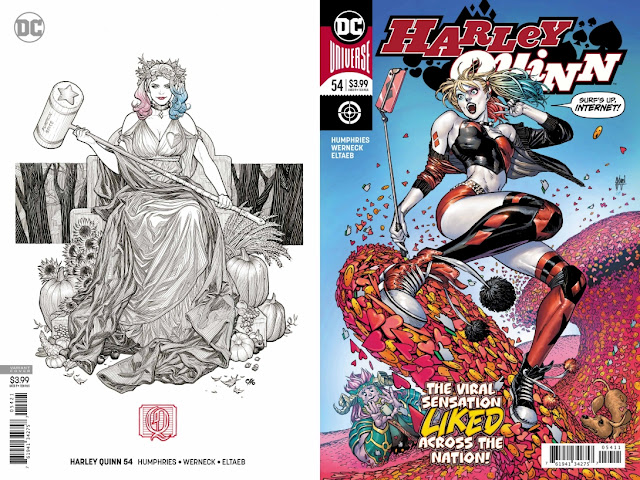 Positives
I abso-freaking-lutely love this issue. I think Humphries is doing some wonderful things with Harley Quinn at the moment. This issue is just full of raw emotion, from the first panel to the last. We as the readers are taken on a roller coaster of emotions. From empathy with Harley, to disgust at Minor Disaster for exposing Harley at her moment of weakness. Then the tables are flipped and we feel empathy with Minor Disaster and disgust at Harley for even thinking of exposing her at a moment of weakness.
There’s so much that happens to the characters in this issue. Minor Disaster tries to reconcile with her father, Major Disaster, with limited success.
Tina of Apokolips finally gets the recognition she deserves as she attempts to save Coney Island from destruction.
Harley has a heart to heart with her mother, before having another with Minor Disaster. Proving that she still has her training as a psychiatrist, even if she is a little unstable at times. 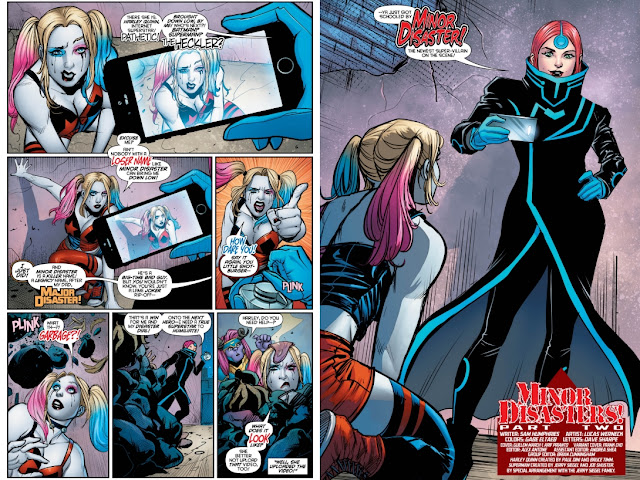 Negatives
I feel like the issue rushes into a finish a little. While Humphries does a good job at fleshing out characters and the story, but unfortunately I feel the issue sort of concludes rather rapidly. It’s almost like Humphries couldn’t think of a decent close to the story arch and just kind of left things.
It’s a small niggle at what is probably the best Harley Quinn comic I’ve read to date. Verdict
Overall this is a very near perfect issue of Harley Quinn. The artwork matched the pacing and styling of the issue perfectly. The story was perfectly paced, except from the last few panels, which let the whole issue down.
I hope that Humphries continues on his fantastic run lately. The last few issues of Harley have been the best in a long while.