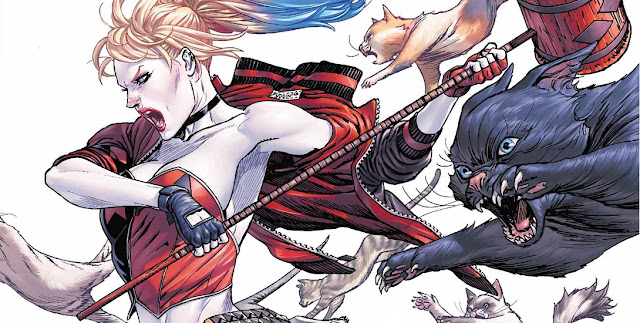 Writer: Mark Russell
Artist: Mirka Andoflo
Colors: Arif Prianto
Letters: Dave Sharpe
Review by Philip Clark
Summary
“Pettergate” is one of the worst issues of Harley Quinn I’ve read. It’s Harley back at her silliest, which is a real let down after the last few stellar comics. In what I can only hope is a one off, Harley tries to sell a whole bunch of cats so that her allergies can clear up.
There is however, some competition. In what seems like a collection of jump cuts, Harley finds herself having to fend off an angry mob! The cats come to her rescue however, and up defeating the gang.
Yes, it’s as ridiculous as it sounds. 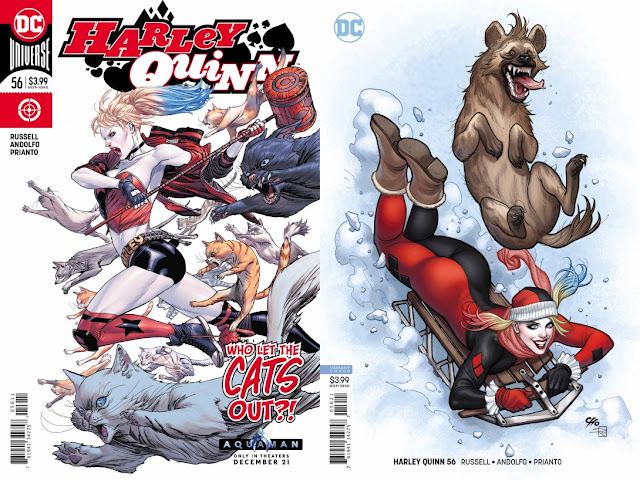 Positives
The art in this issue is probably it’s one saving grace. Harley Quinn has always had a cartoony art style to it, and that lends itself really well to the story arch of this issue. Mirka Andolfo does an excellent job with the dynamic, fast-paced action in the pages of this issue. 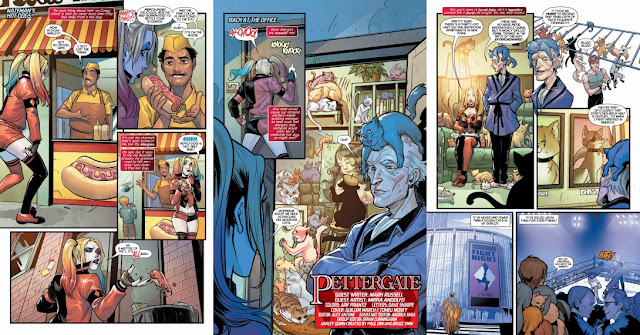 I found this issue disappointing. The comic was on a high with what Sam Humphries was doing with the character, and the story he was weaving was very promising.
I do understand the need for filler issues, when the normal creative team needs time to come up with the next part of their story, so a new team come in and handle a chapter or two. It’s just that this issue isn't on the same level that Humphries and the team had raised the series to.
The story is sloppy, and feels like a step backwards for the title as a whole. 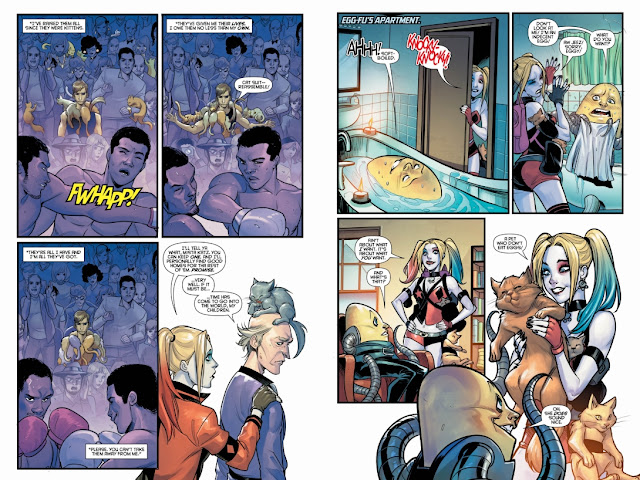 Verdict
Overall, this issue was a let down for me. Were it not for the increased quality of the Harley Quinn comic, this would perhaps have fit the previous style. There has been a marked improvement over the last few issues, which means that this one falls short. 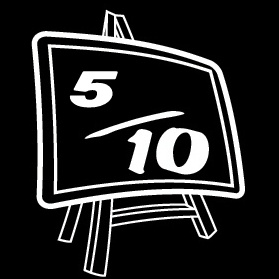