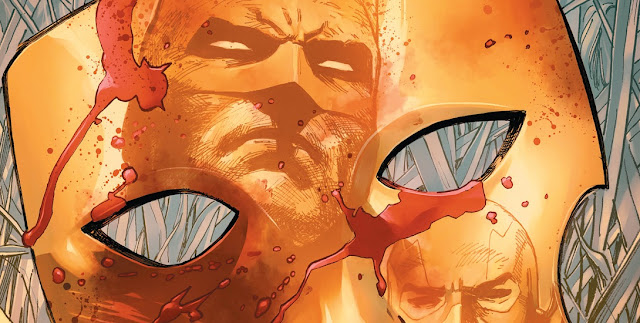 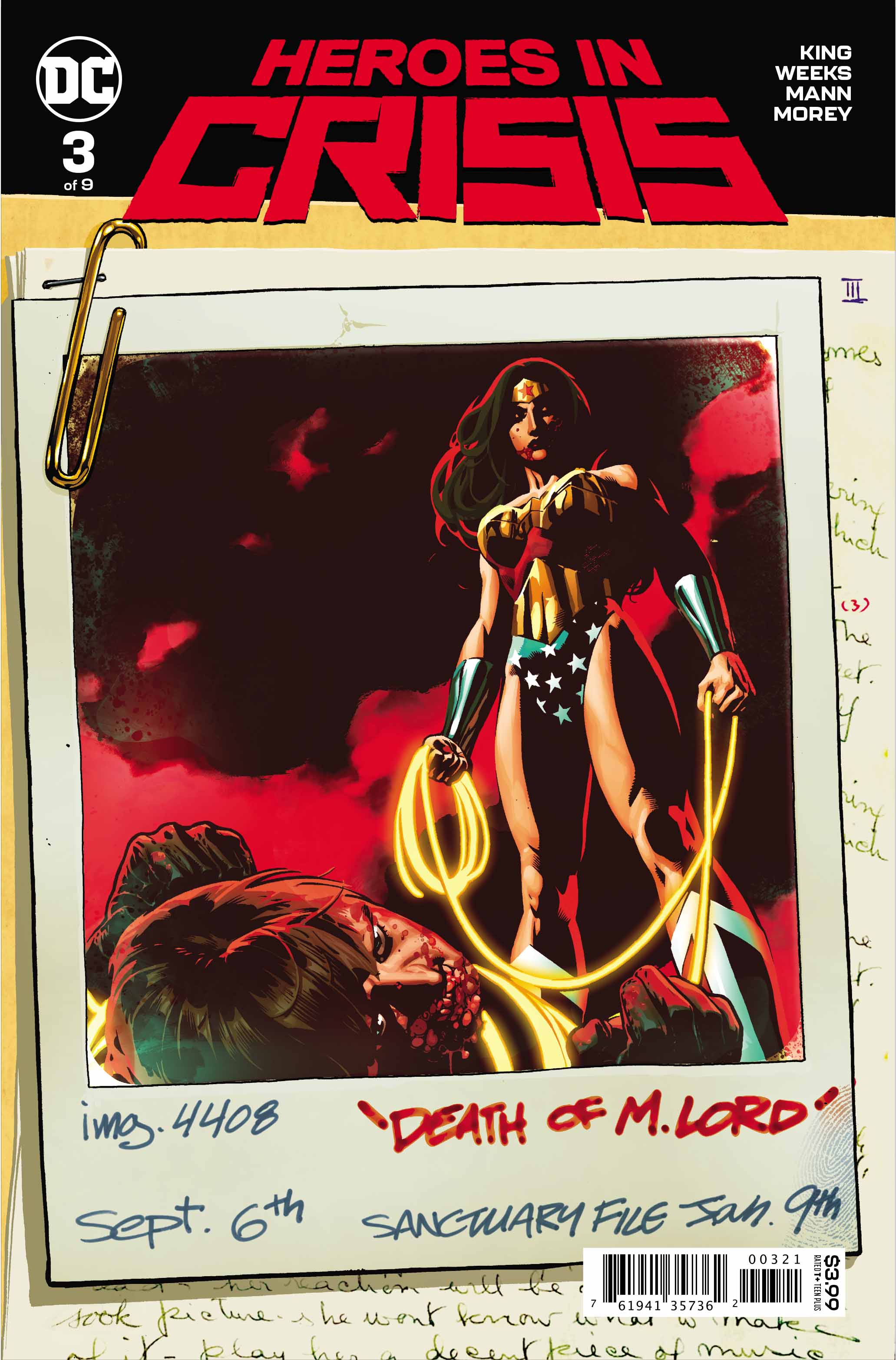 Murdered. Counted amongst the dead are The Blue Jay, Flash (Wally West) and Arsenal. People with pasts, problems and pain; Heroes in Crisis.
Batman, Superman and Wonder Woman believed that by creating Sanctuary they would be helping friends, and even occasional enemies. Now many lie dead, and we’re still left with more questions than answers.
Tom King is killing me.
This story is addictive, but harrowing. The glimpses we’ve had into the psyches of DC’s Trinity, long forgotten heroes and villains, and most importantly Booster Gold and Harley Quinn, has been gut wrenching. In this month’s issue we got some major blasts from the past. I’d completely forgotten about Lagoon Boy, Solstice and The Protector!
In issue #3 we finally get to see how some of the aforementioned characters lost their lives, but the revelations do not bring resolution. This story has me gripped, but where I once felt pity and empathy for some, now I can’t help but feel revulsion. Who is lying? What really went down? Who is responsible? 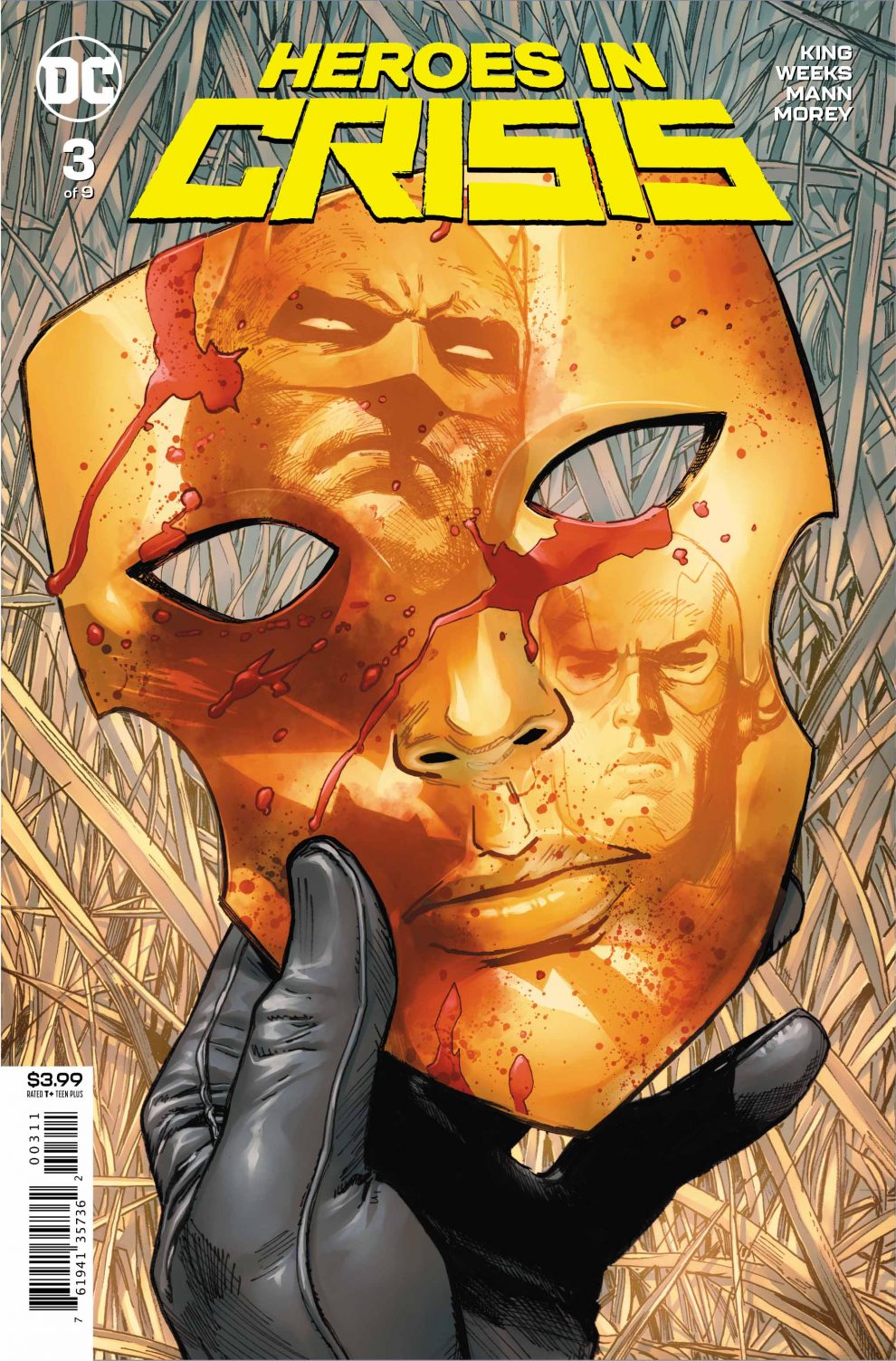 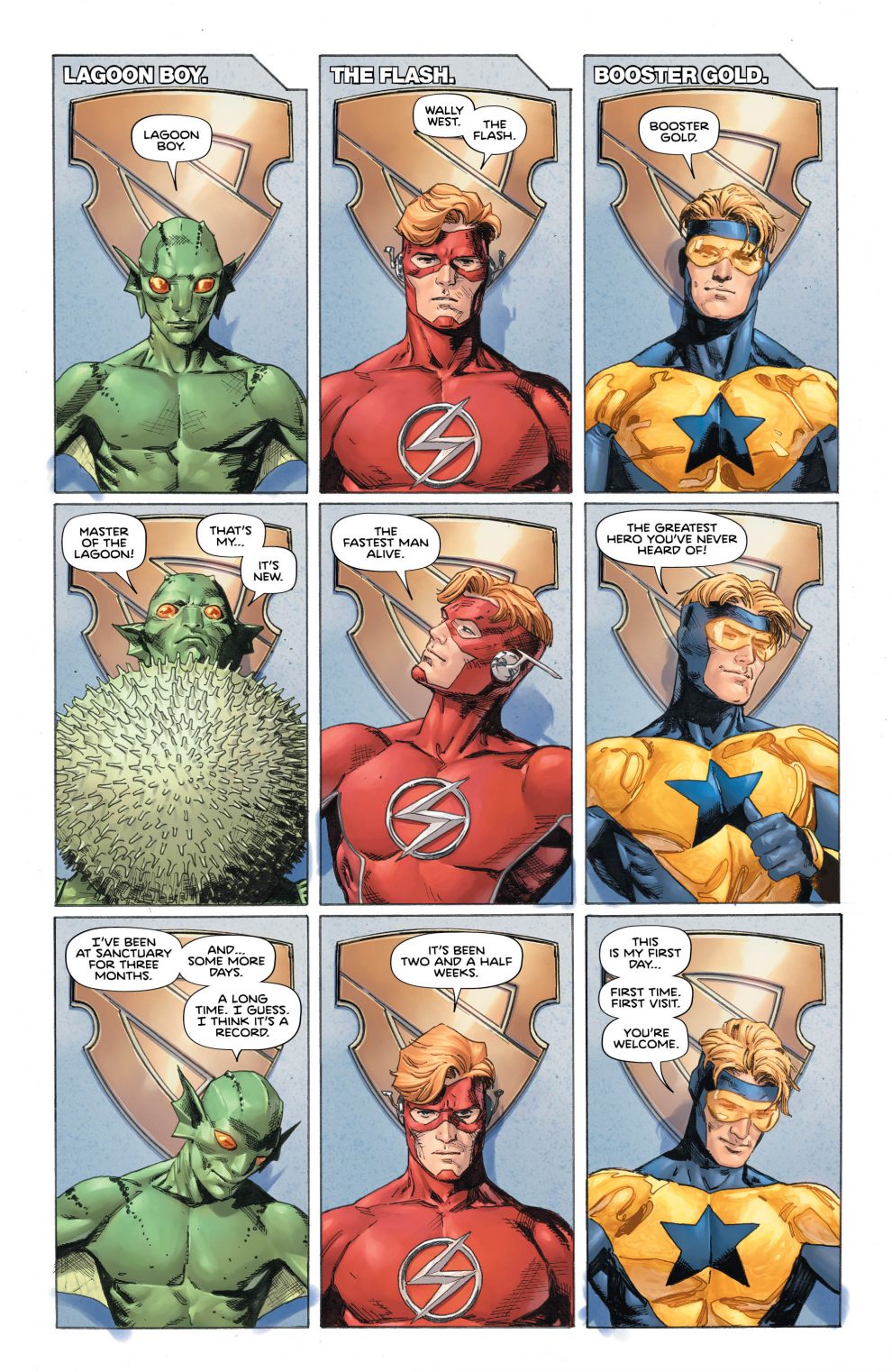 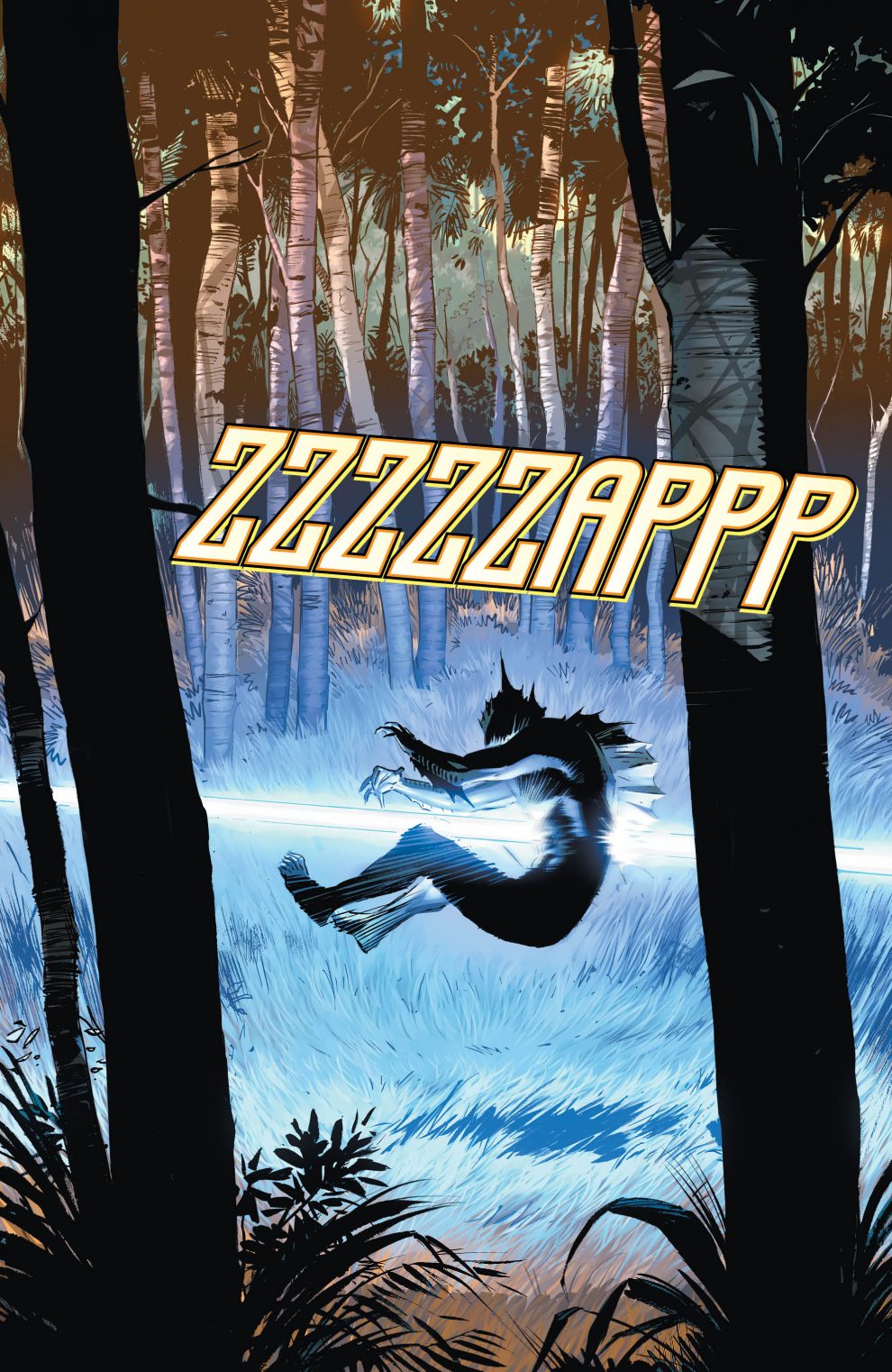 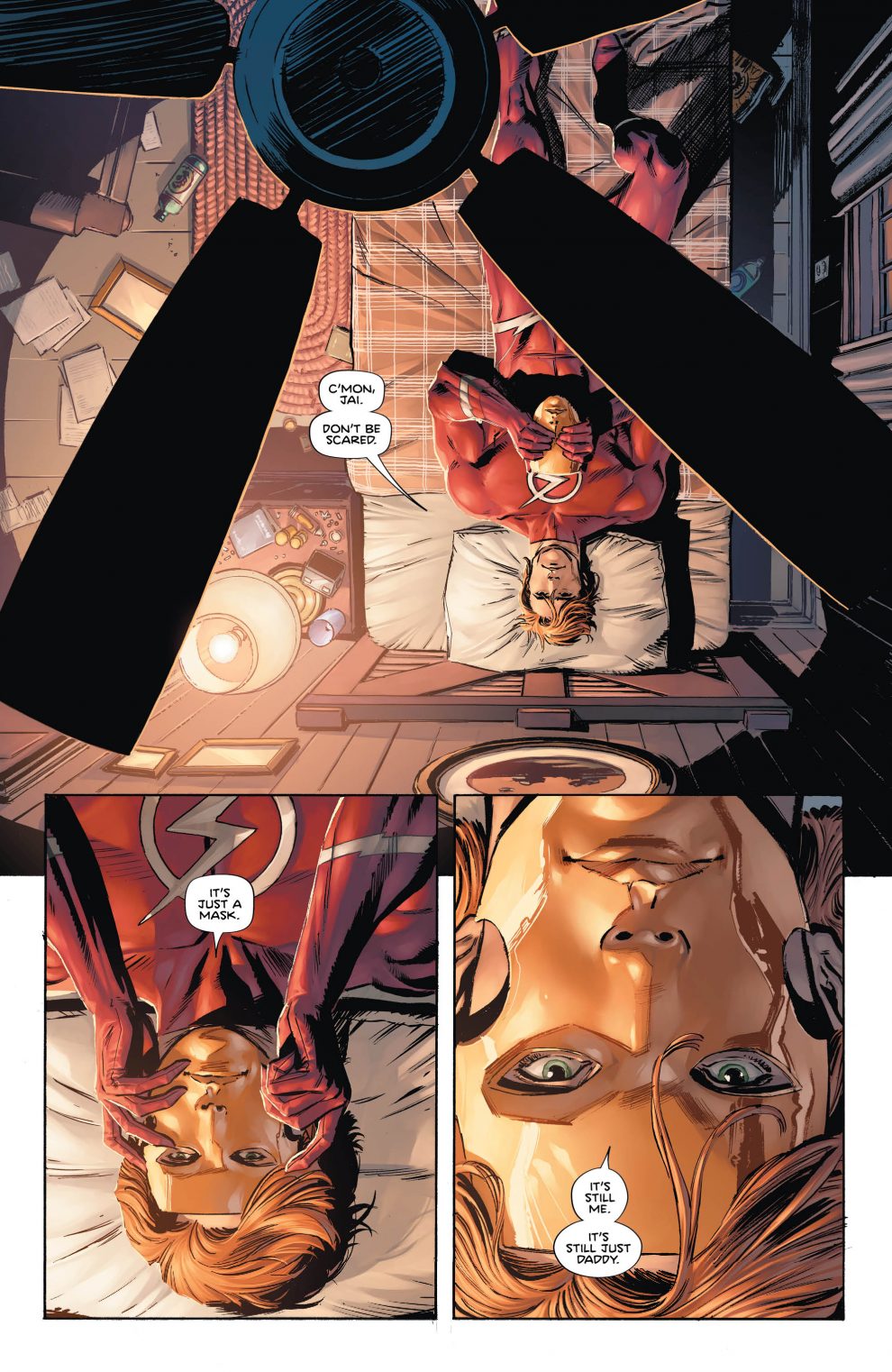 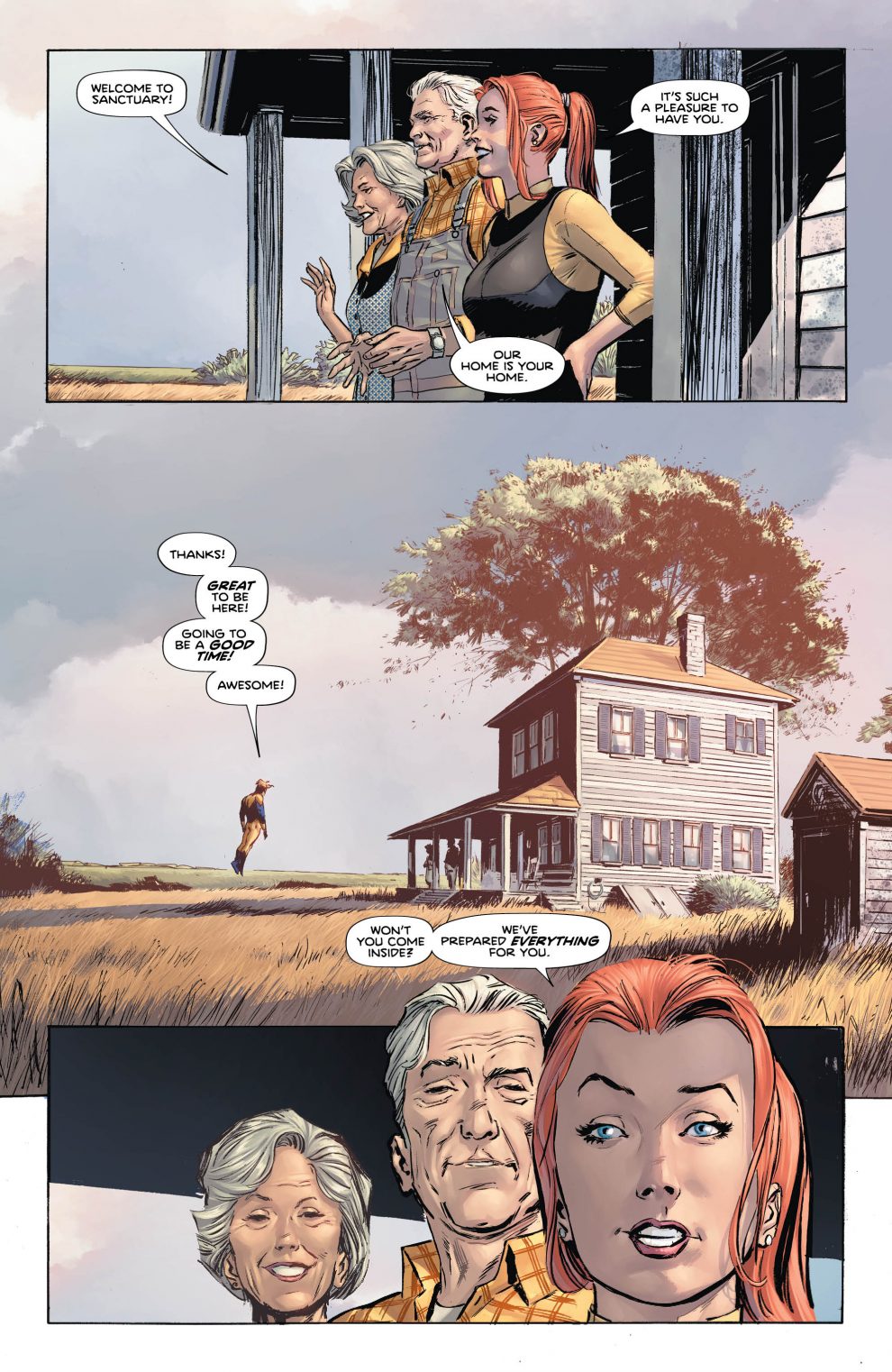 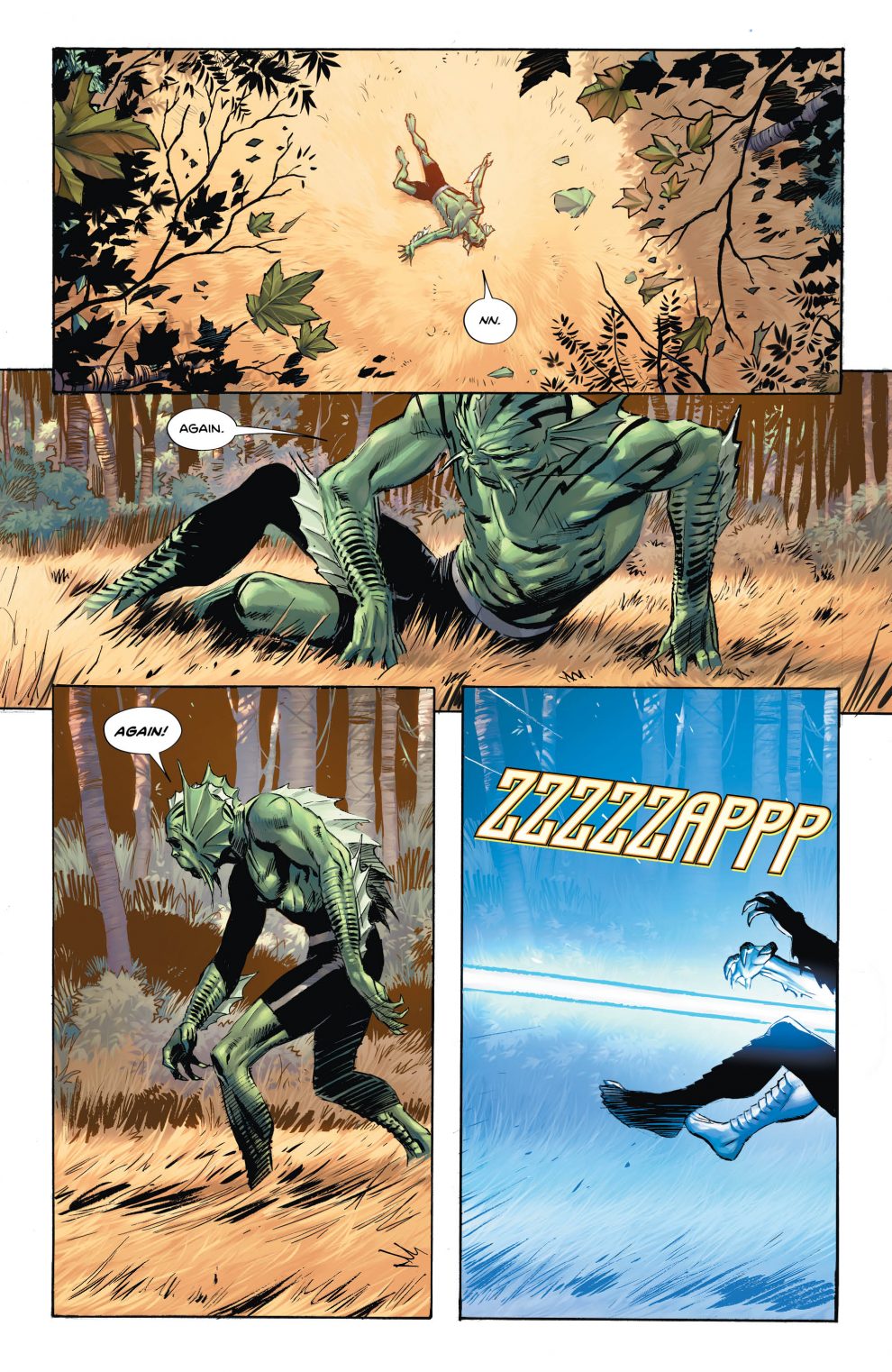 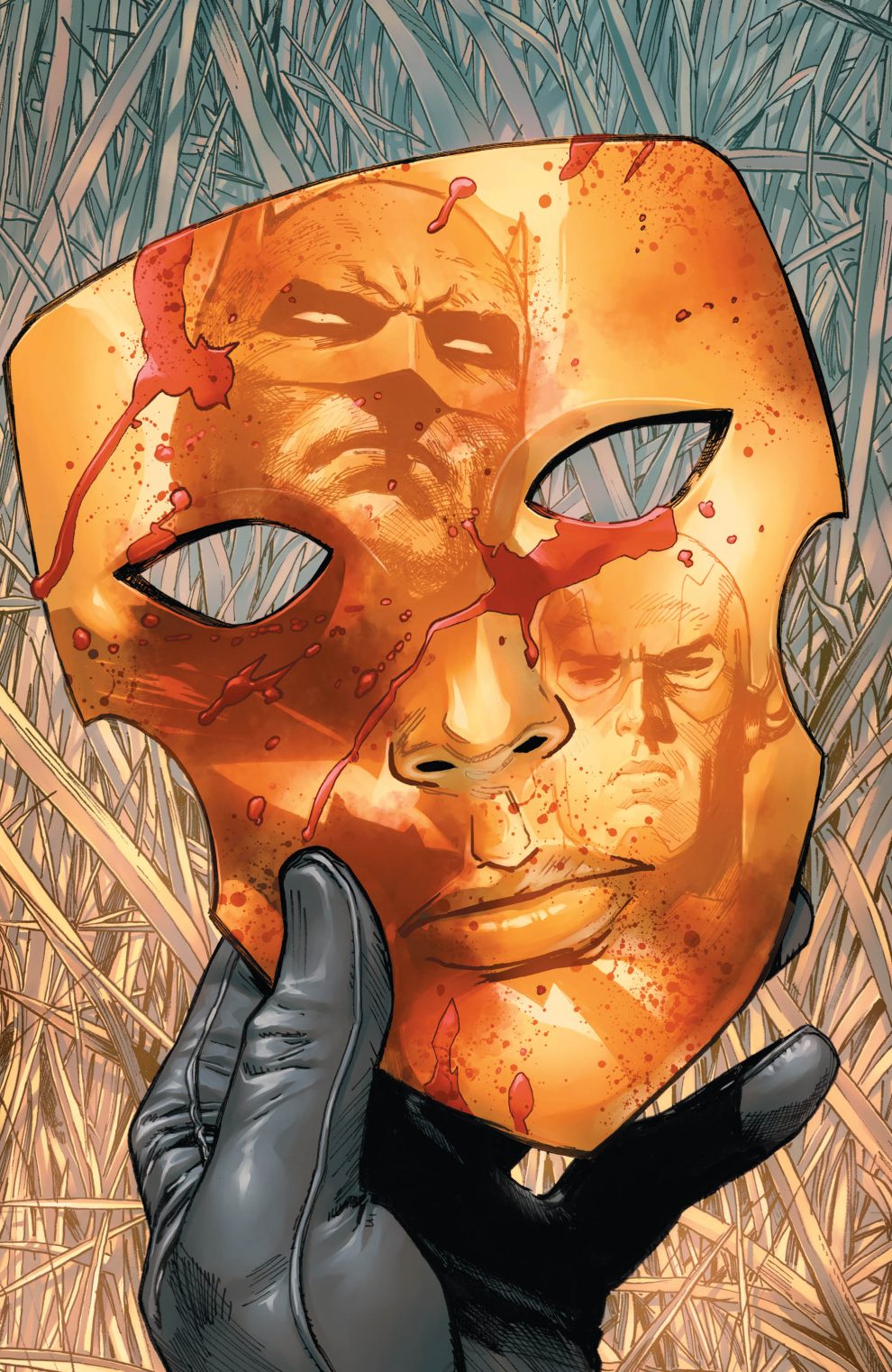 I try to keep my reviews as spoiler free as possible, but letting readers know that we see the death of one of our favorite heroes is hard. What makes it worse is that the who, the how and the why are no clearer. Is this Tom King’s message? Will the truth set us free, or just drag us down further?
I always need to go away and clear my head after reading Heroes In Crisis. Art is successful when it resonates long after the book is closed, the lights are out, or the stylus lifts away from the spinning vinyl. Be it a word, a line, a chord, a chorus. This series weighs on my mind, tugs on my heartstrings and leaves my guts in knots, month after month.
The quality of the actual art provided by Lee Weeks, Clay Mann, Tomeu Morey and Clayton Cowles is astonishing. This isn’t one of those comics that gives us 20 pages of action, explosions and adrenaline… at least not in the conventional sense. This is a deeper, darker psychological thrill ride. Don’t get me wrong, there’s plenty of action too, but this series is exercising our emotions a lot more than most.
The violence is visceral, but perhaps more shocking is seeing heroes – some with powers that would rival the gods of old – head in hand and suffering. The scenes with Booster, encountering his most shocking rival, give us some of the finest black comedy I’ve ever read. We get to see Wally West at his finest in heartwarming scenes featuring his family, before getting our own hearts torn out.
Seeing the Kent farm as the aspect of Sanctuary seen by the outside world is very poignant, as are the three avatars that greet arriving guests.

We’re a third of the way into this groundbreaking series. I’ve honestly not felt this range of emotions reading a comic since Identity Crisis, V For Vendetta or the original Watchmen.
I think that says it all, really.