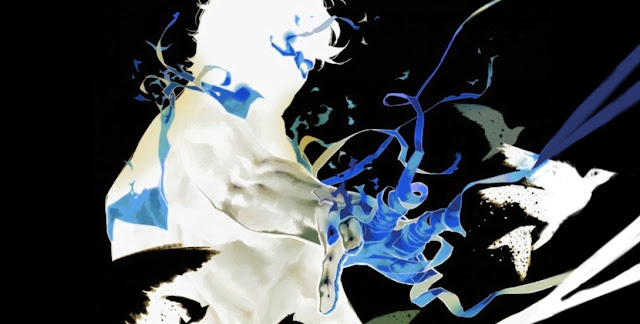 “KNIGHT TERRORS”: PART FIVE. In my review for Nightwing #53 I mentioned the fact that we’ve gone from not seeing our hero at all, to having four Nightwings appearing to protect Bludhaven. This time around I’m getting a whole different kind of déjà vu.
I’m extremely fortunate in that I get to review some amazing comics for some incredible websites. One of the titles I’ve been assigned is the wonderful Batman: Kings Of Fear. Currently in that series Jonathan Crane – A.K.A. The Scarecrow – is currently psycho-analyzing The Batman. In this issue we see the same villain using his head-shrinking talents on none other than Ric Grayson. Now, in the hands of some writers this could prove both problematic, and annoying. Suddenly we’re seeing Crane as a psychiatrist instead of a super-villain in two unconnected titles… at the same time? What is DC playing at?
Scott Lobdell and Fabian Nicieza are proving – just as Scott Peterson is, over on Kings Of Fear – that they are not just any old writers.

In this issue Ric Grayson is on the couch being counselled by Jonathan Crane. In the other comic Batman receives far less constructive treatment from Crane’s alter-ego, the Scarecrow. Crane is actually proving to be quite helpful to Ric, and even seems to like him. His efforts with the Dark Knight are solely aimed at breaking our hero down. At first glance it may have looked like we were being handed the same story in two titles, but these are both very different takes.
Scott Lobdell and Fabien Nicieza are doing incredible work. Ric Grayson is not the man we once knew, but he’s still sympathetic and someone we can all root for. The Nightwings that have taken to protecting the streets are also well imagined and excellently realised characters. When a comic is not just 20 pages of pugilism, but more of a character study and well crafted drama, then this particular reader is a very happy one.
Not only are we seeing a man trying to rediscover who he truly is. In this issue we finally see some of what our hero went through, on his road to recovery, after the KGBeast cruelly shot him in the head, stealing fifteen years of his memories.

Garry Brown and Will Conrad are both excellent artists and I would happily pick up any comics they draw. What irks me is that their styles are quite different and they’ve been given different parts of this issue to handle. Come on, DC! It’s been bad enough swapping art teams between issues, but mid story several times in the same issue?!? That’s just too much.
Again, I curse my trained eye. My son – and fellow comics writer – didn’t notice the switch, but for me it really stood out. Both Ric and current love interest Bea look like completely different people from one page to the next. I like clean smooth art, I like gritty earthy art too; I don’t like both styles in one story over one issue.
On the plus side, it’s lovely seeing Nick Filardi back on color art this week, and letterers Andworld Designs also delivered great work.

Seeing how Crane likes Ric Grayson, but despises Robin and Nightwing makes for very interesting reading. Although the clash of styles was a distraction, both the artists om this issue are fine storytellers. The story is riveting and full of excellent characters, so I’m still in for the long-haul.