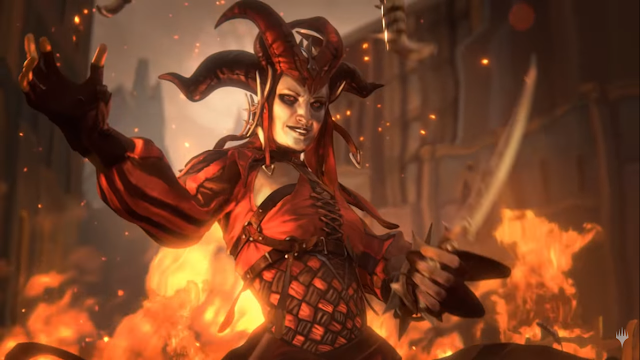 Happy New Year! We've all settled back into the real world, and the latest bevvy of Ravnica Allegiance spoilers have come through. We've seen enchantments of old put on legs, lands, lockets, and many heads all come together into the first peeks at the new set coming in some short weeks from now. 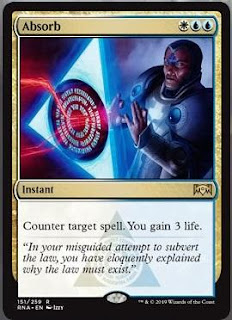 A present from the fine people at Wizards at Christmas. A reprint from Invasion to accompany Ionize in Jeskai decks and make Aggro manageable in the Azorius/X control matchup. As Counterspells go for Standard play, I don't know if it's preferred to Sinister Sabotage.

The limited all stars have their cycle completed. The lockets fix mana bases and refill hands late, and will be as welcome as the other half of the cycle in many Commander decks. 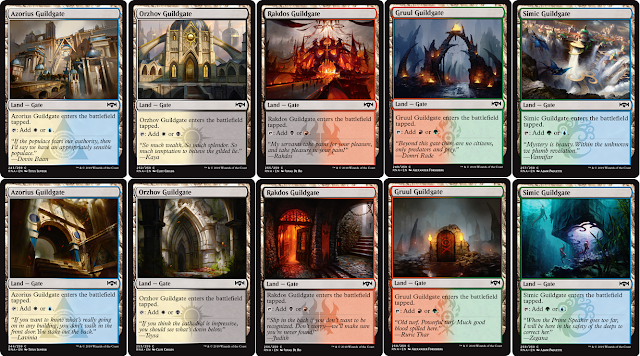 The gate cycle is complete to synergise with the Colossus and fix Limited mana bases. The flavour of the front and back doors have been maintained, great for collectors like me. 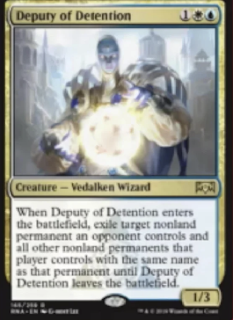 Well this is a blast from the past. The same mana cost as good old Detention Sphere. Except now it can block quite effectively. With Addendum being the keyword for the Azorius, perhaps the control plan isn't where the design space is leading us. Valuable instants cast on your main phase can lend to a decent Midrange plan, and this creature is as welcome as Detention Sphere was. Sure it's much easier to kill than D-Sphere, but the value of its trigger can't be ignored. Boy am I glad it isn't a Human for Modern's sake. 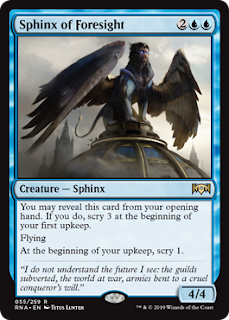 An interesting rare. The addition of a Turn 0 play to Standard since the Leylines. I wonder if it'll be a cycle, like the Chancellors? In any case, a control deck starting the game fixing their topdeck, and having a reliable fix of their topdeck on a 4/4 flying body is incredibly valuable. I doubt it replaces Azcanta until maybe rotation, but doubling up and the Turn 0 effect is incredibly seductive. 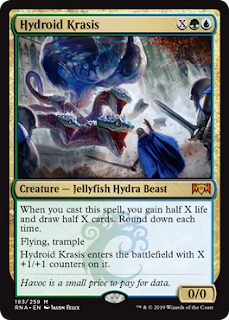 Behold the Simic Mythic! Before anyone feels bad about gaining and drawing half of X, consider that it has both flying and trample. In the late game of a ramp or Simic limited deck, the game ends if this lands. It's a splashy mythic. It will make waves if in a ramp or midrange shell.

The spoilers should be shining through thick and fast. Keep a close eye right here on Fantastic Universes as they're released, but until then, the circle is now complete on the shockingly good artwork for the remaining 5 Shock lands.