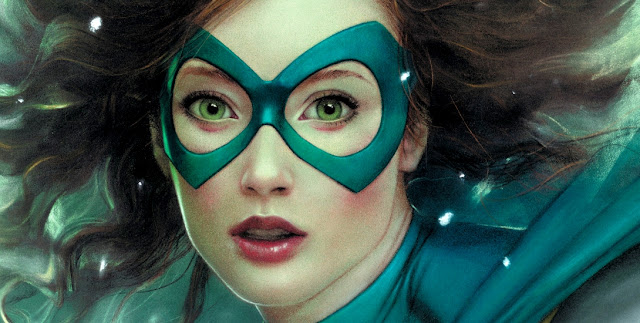 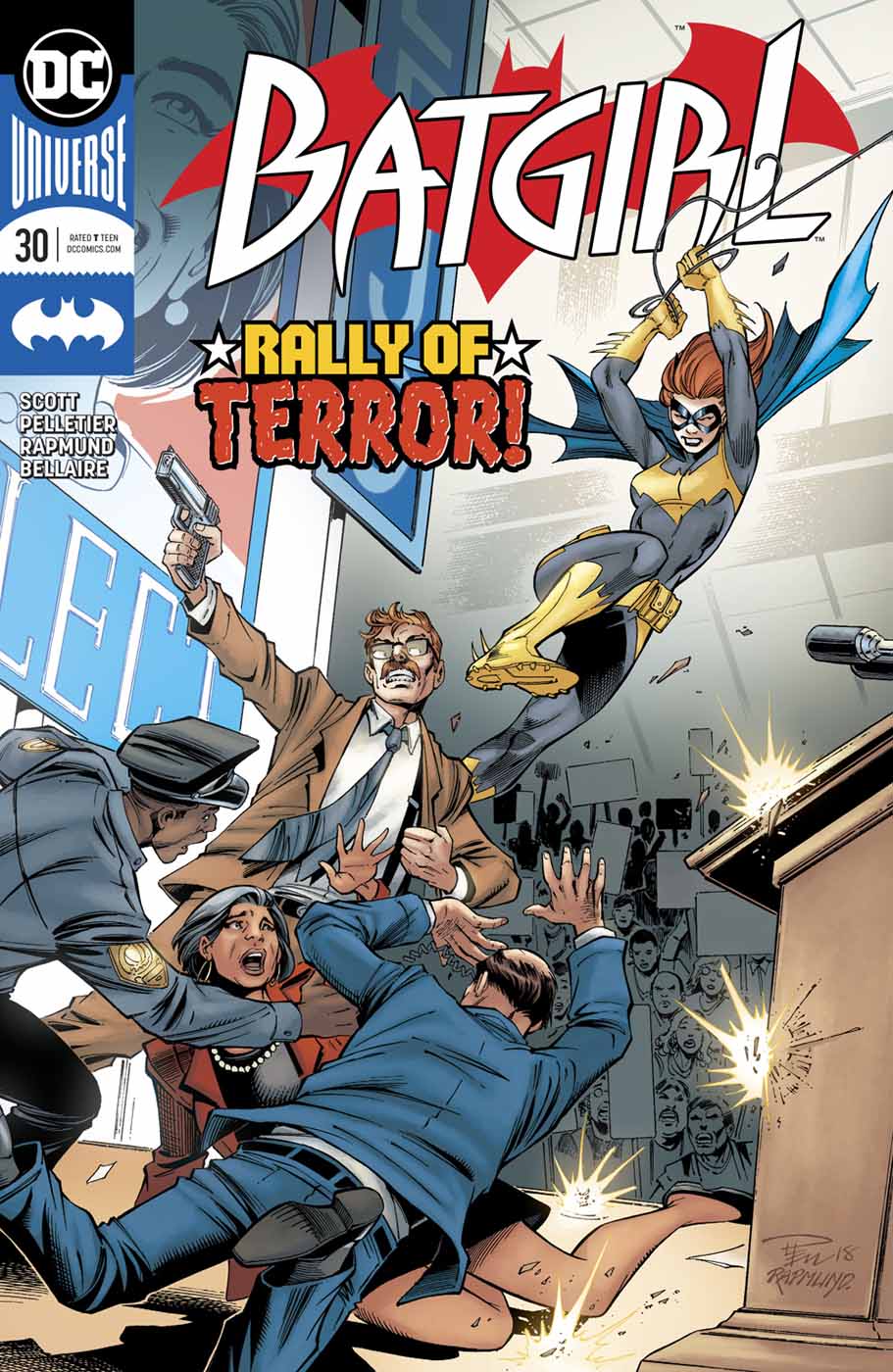 This is a fantastic time for me to be jumping into Batgirl, due to it being the start of a new story arc. During the latest run Barbara returned to Gotham to be with her father who is under a lot of stress, due to the GCPD is being investigated for corruption.
I predict a riot, at the mayoral campaign. Things are getting out of hand as Batgirl drops in like a ballerina from the sky. The Gordon’s are both under a lot of pressure which leads Babs to have hard time keeping her both sides of her life in check. We leave Barbara with something new to occupy her time, where she runs into a new friend as well as an old enemy. 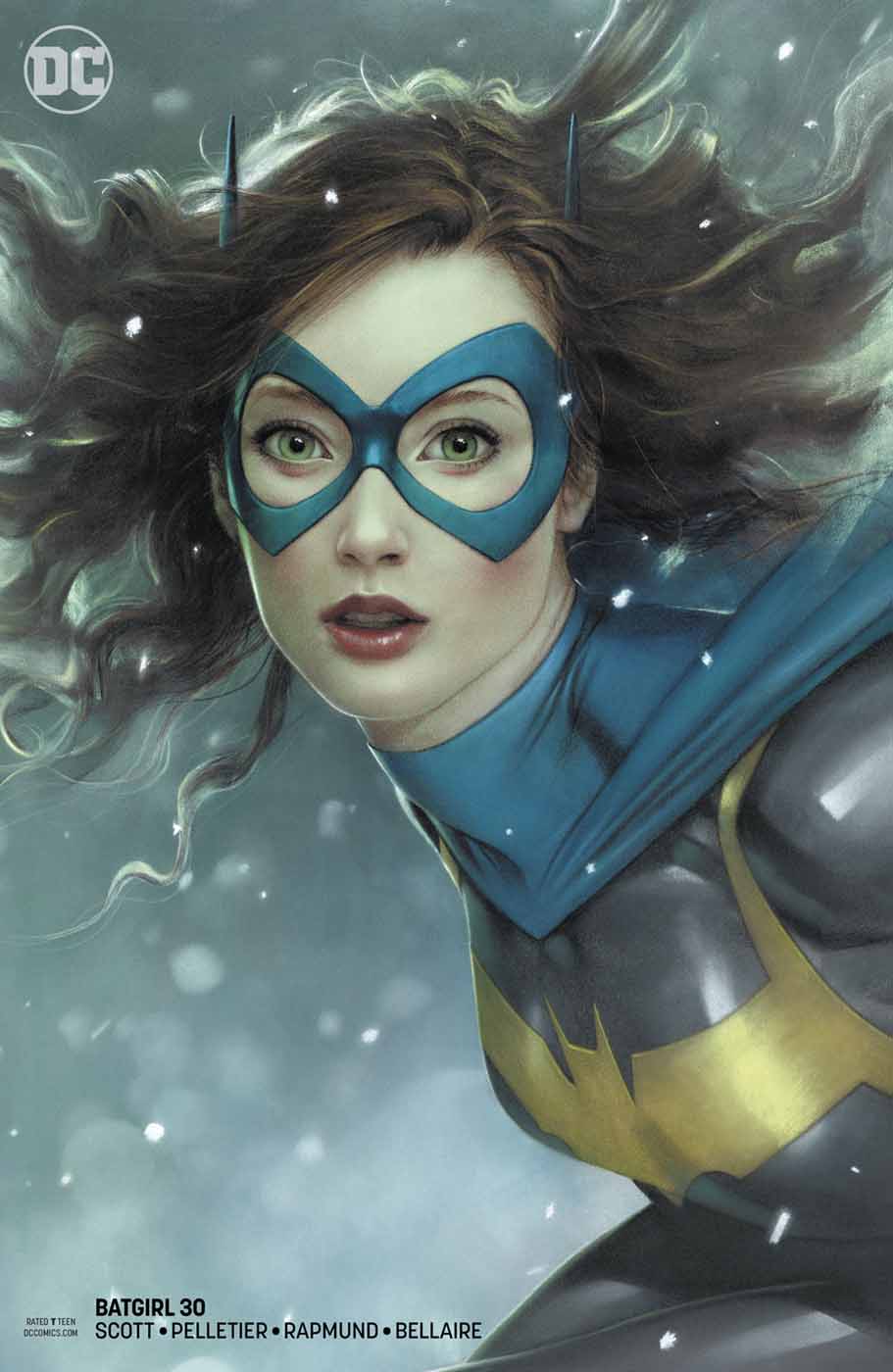 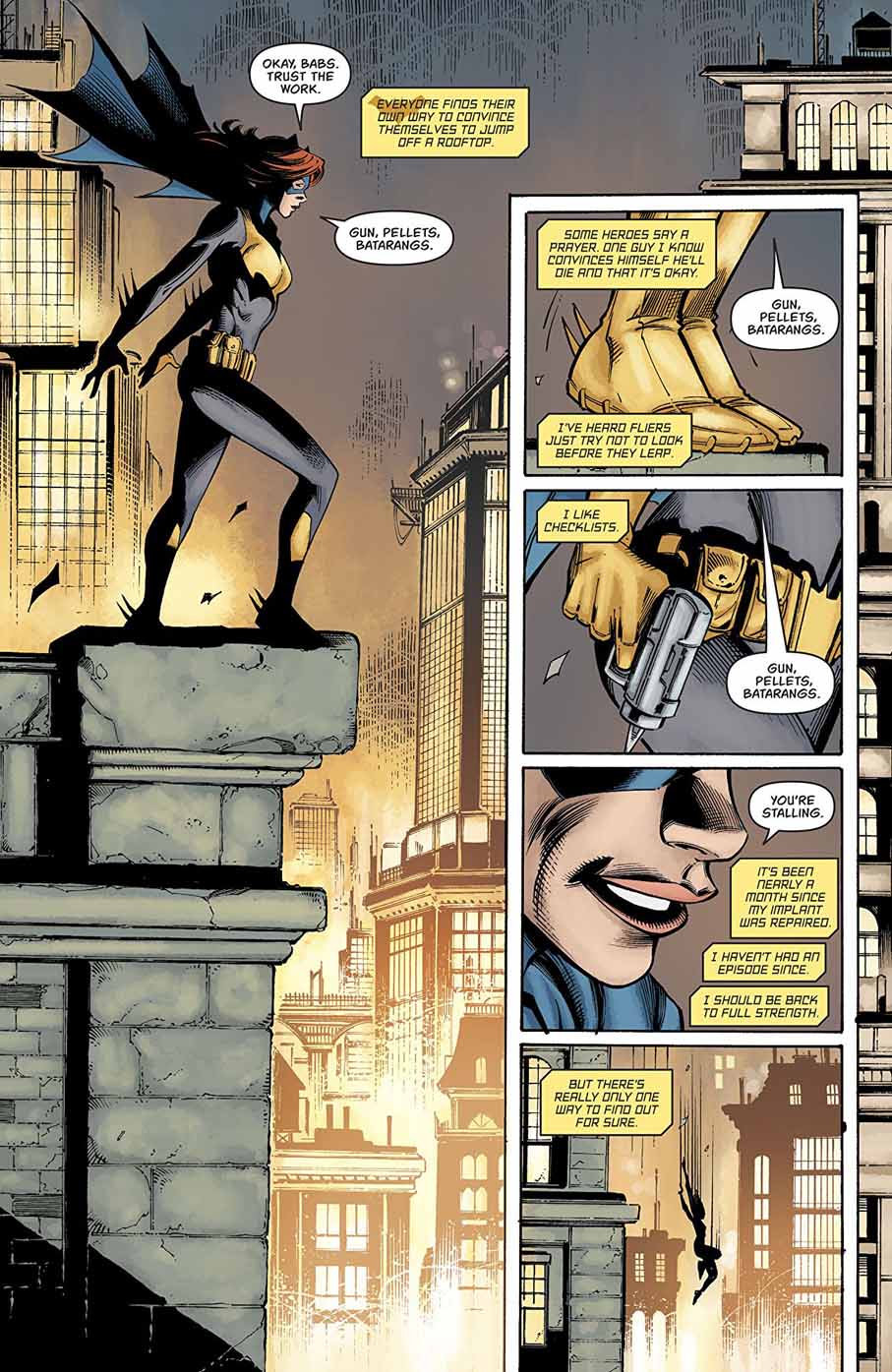 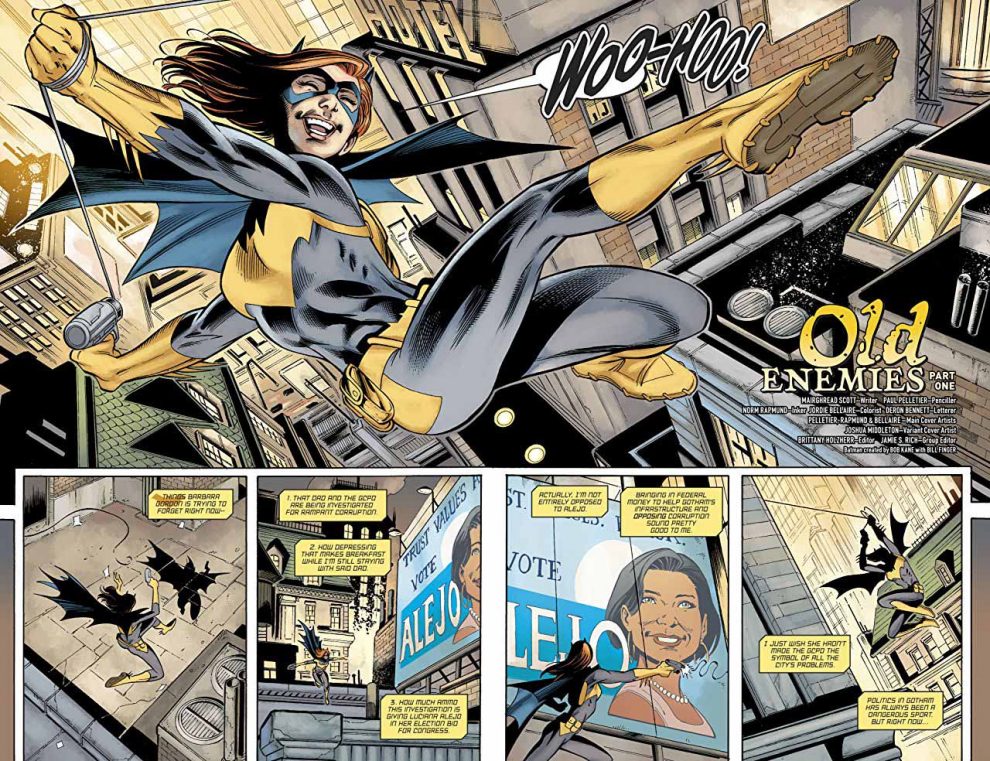 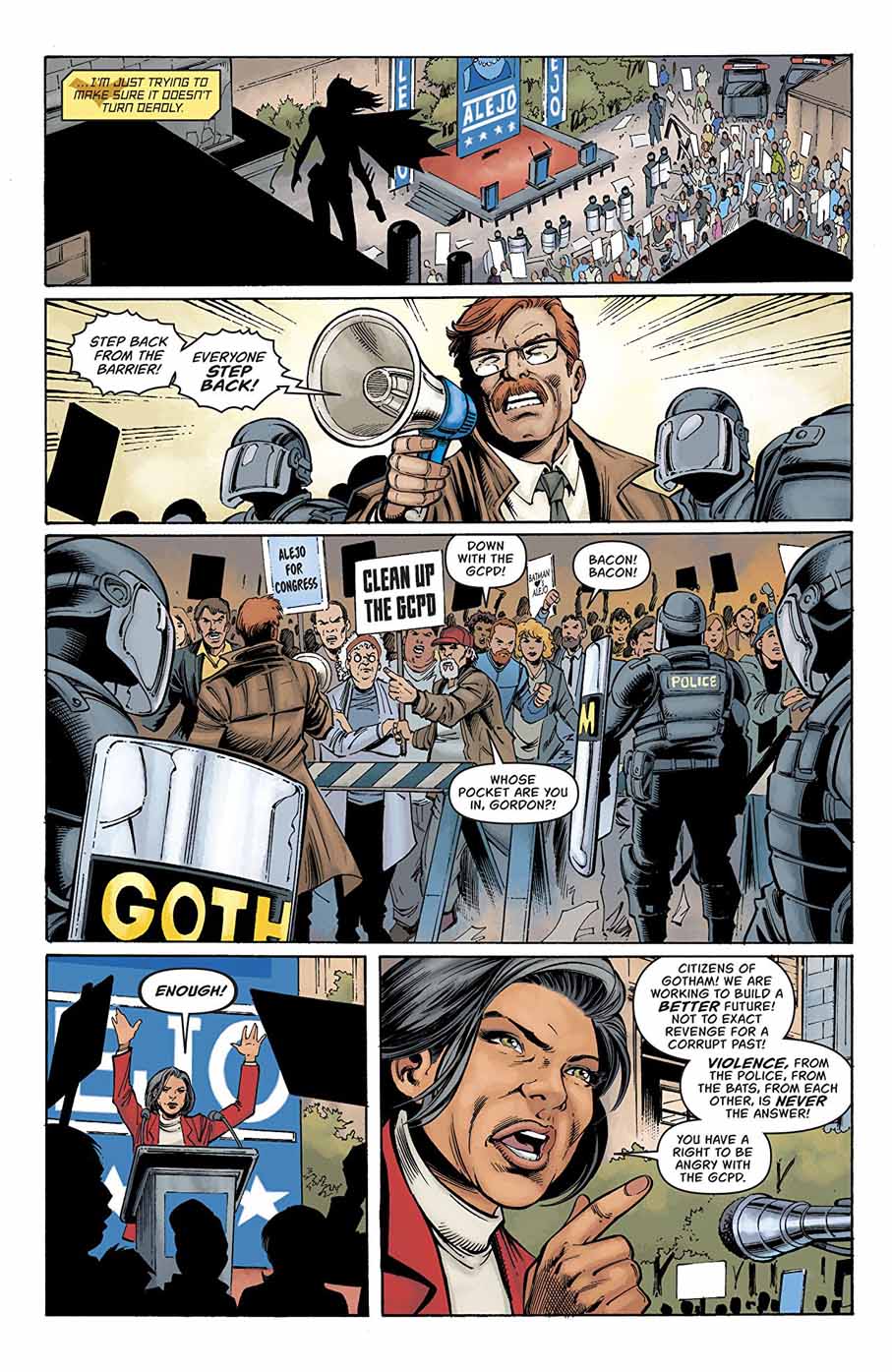 I enjoyed the inner monologue we got to read from Batgirl. As I have such a strong one myself I really appreciated seeing that. I think Mairghread Scott as a writer has a lot to give and I can’t wait to read more of her stuff. The amount of pure emotion written into these pages really gets me, I was feeling everything alongside Batgirl.

The art is outstanding to look at and really adds to the feel of the comic. Pelletier and Rapmund have done some brilliant work in this issue, I might just have to look into getting some of their artwork to cover my walls with. Reading a single issue isn’t something I usually do, however if they are all as good as this I might just be converted.

There seemed to be a lot of politics in the issue and in my opinion not enough Batgirl. It was interesting to see Barbara and her father’s relationship, compared to Batgirl and Commissioner Gordon’s. I felt like the style of art changed from Batgirl to Babs, however was constantly great. I’m thinking that might have been a style choice and I love it. This looks like it is going to be an interesting arc for not only Batgirl but Babs and her father too.
I am definitely looking forward to getting some answers, hopefully in the next issue. Can’t wait to find out what happens in the rest of the arc.