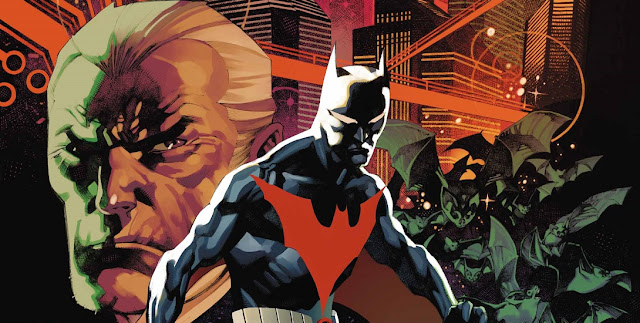 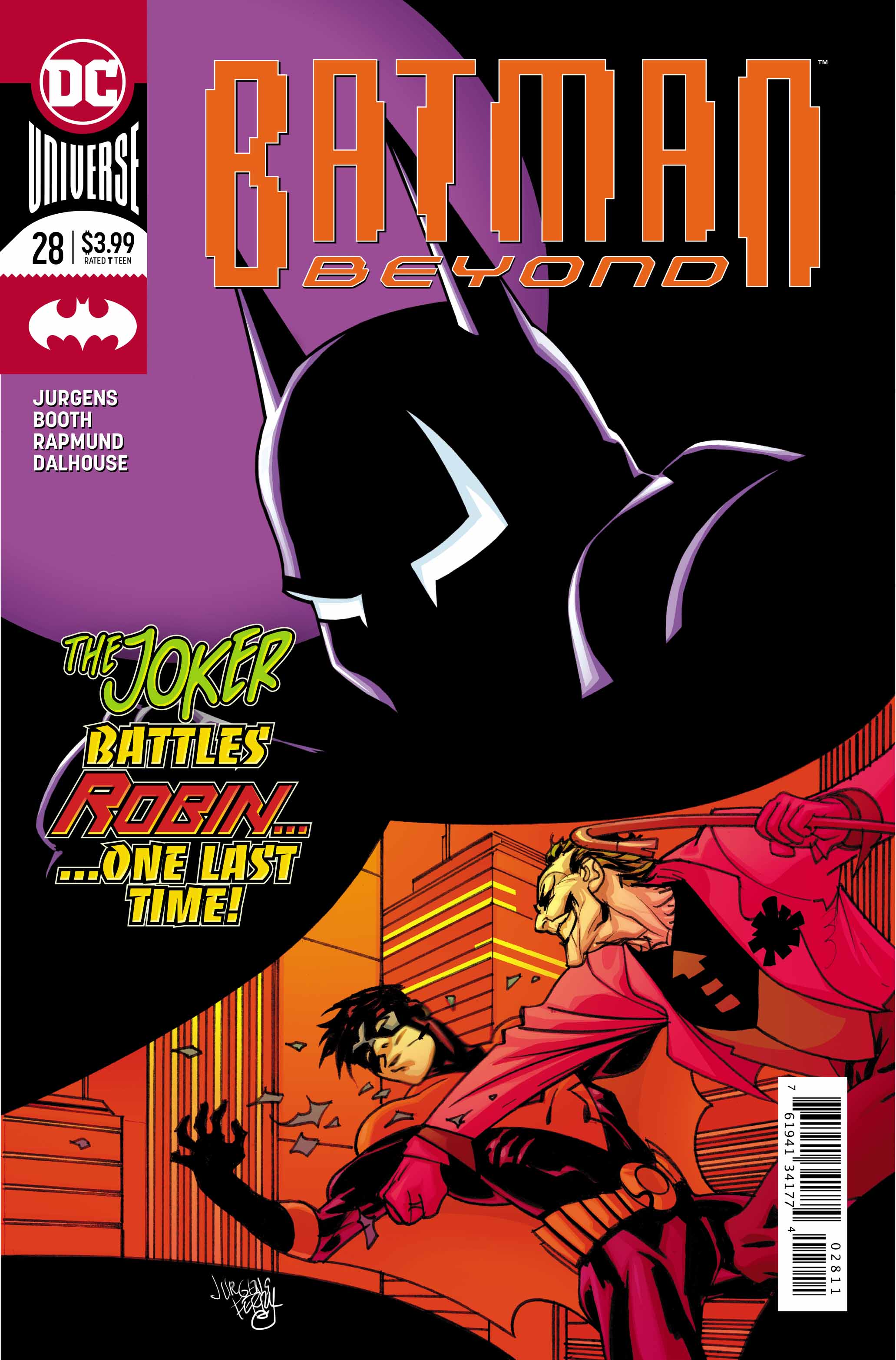 The latest issue delivers an action filled continuation of the storyline and we really see the depths The Joker is willing to sink to. The world of Batman Beyond is utterly unlike the one readers would know him from. Therefore, The Joker would be forced to adapt. While we don’t quite keep the same depth of story as we have done in the rest of Jurgens’ run, the intense action and new slant this issue brings however, makes it all worth it.
There are certain moments in this issue that focus on one character. To us fans, living in the present, we don’t know exactly who they are, but their voice is welcome. It’s a testament to Jurgens that we get a very real portrait of a character, who knows all the others perfectly, yet we don’t exactly know them. 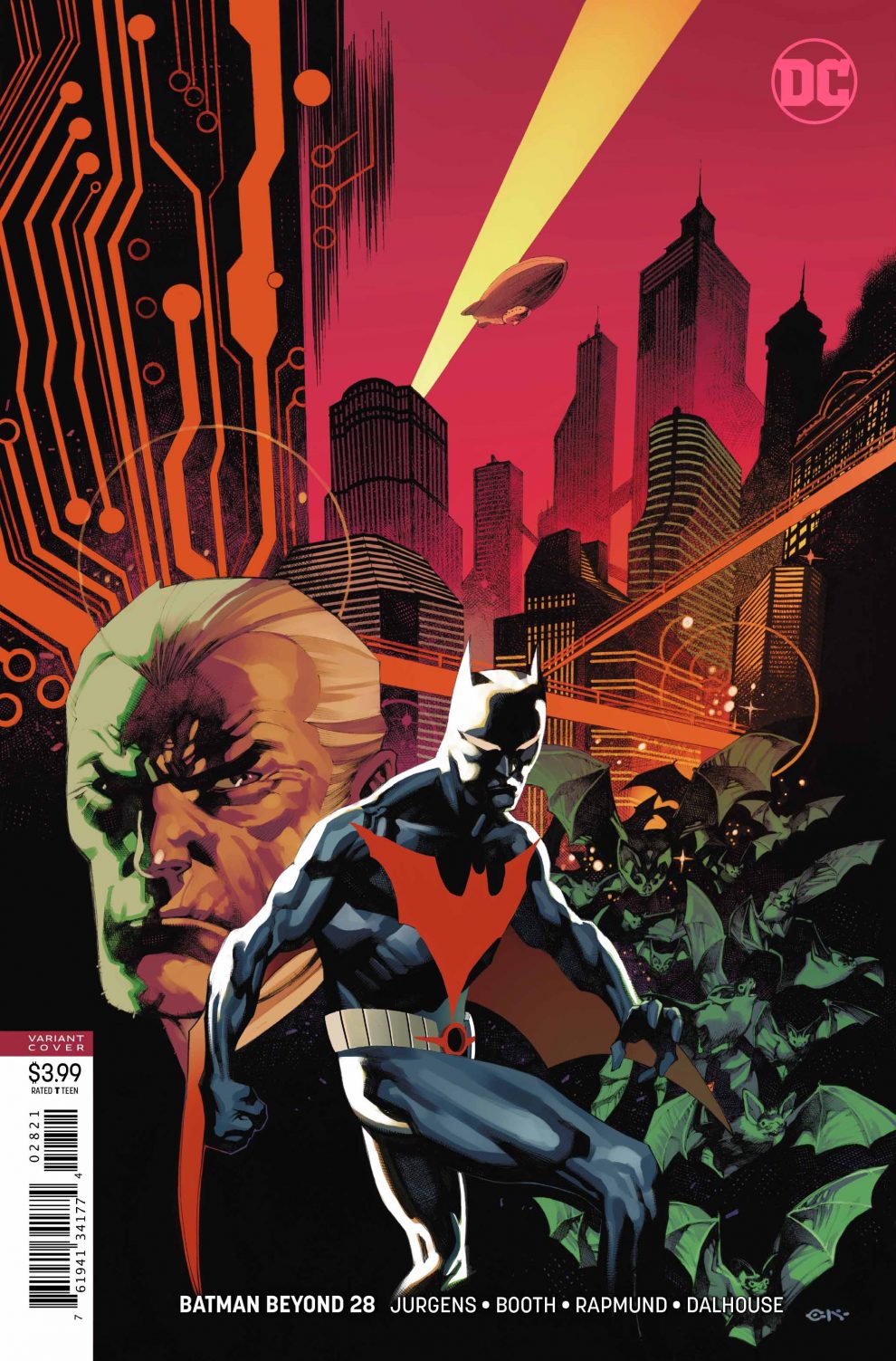 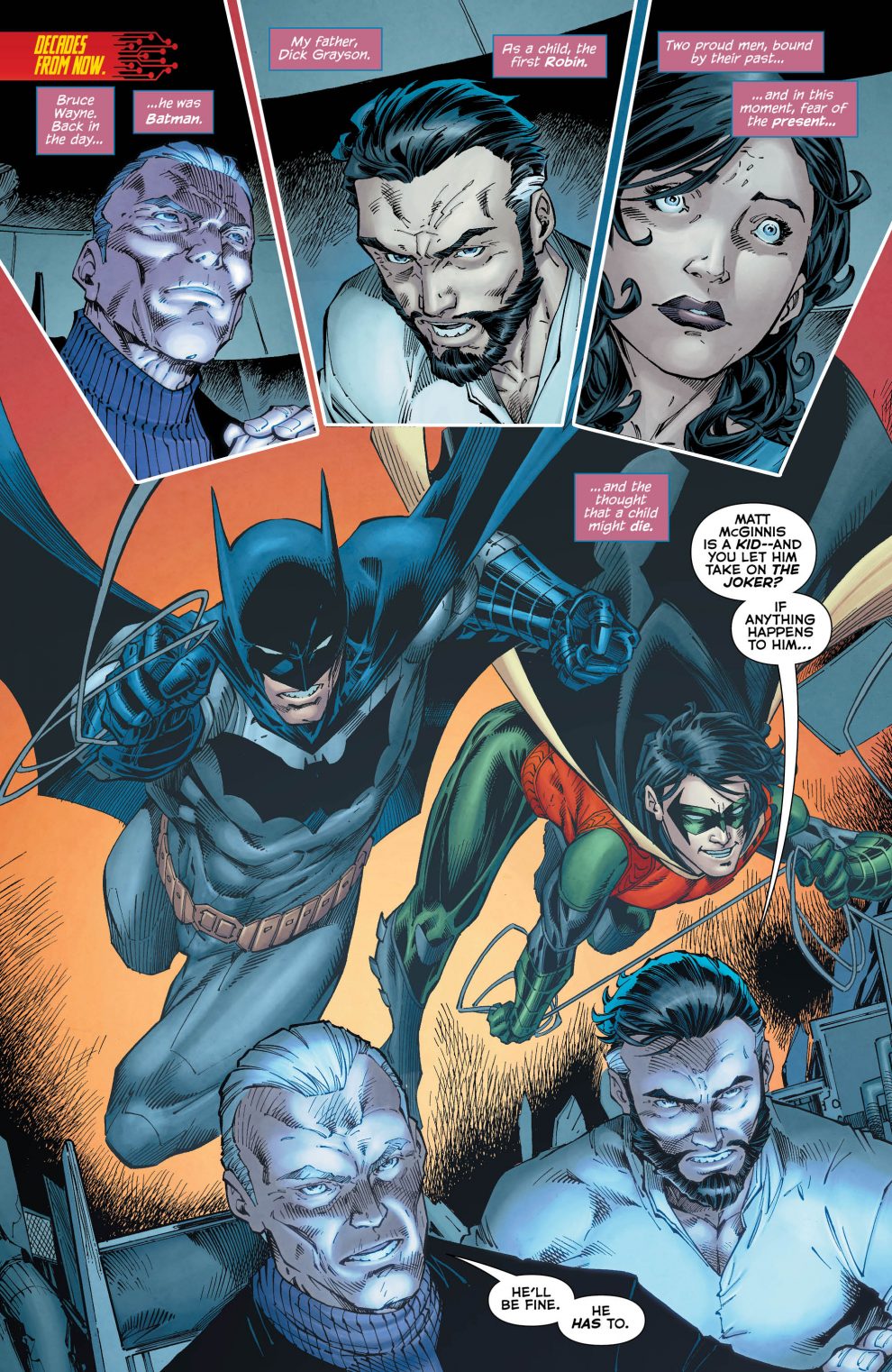 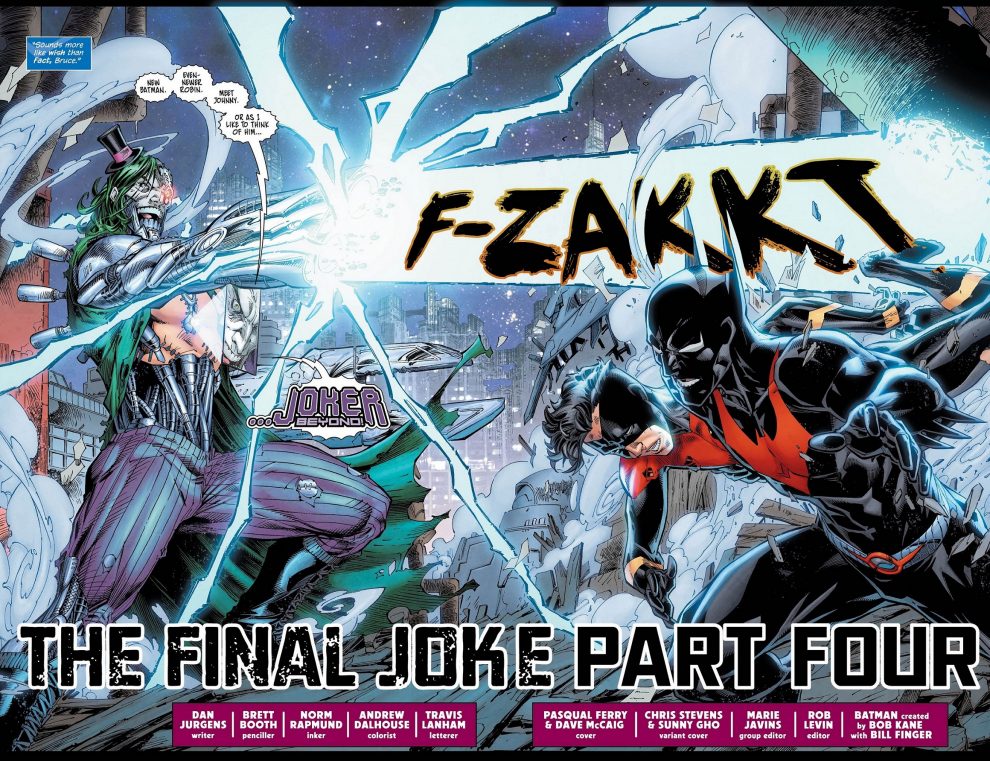 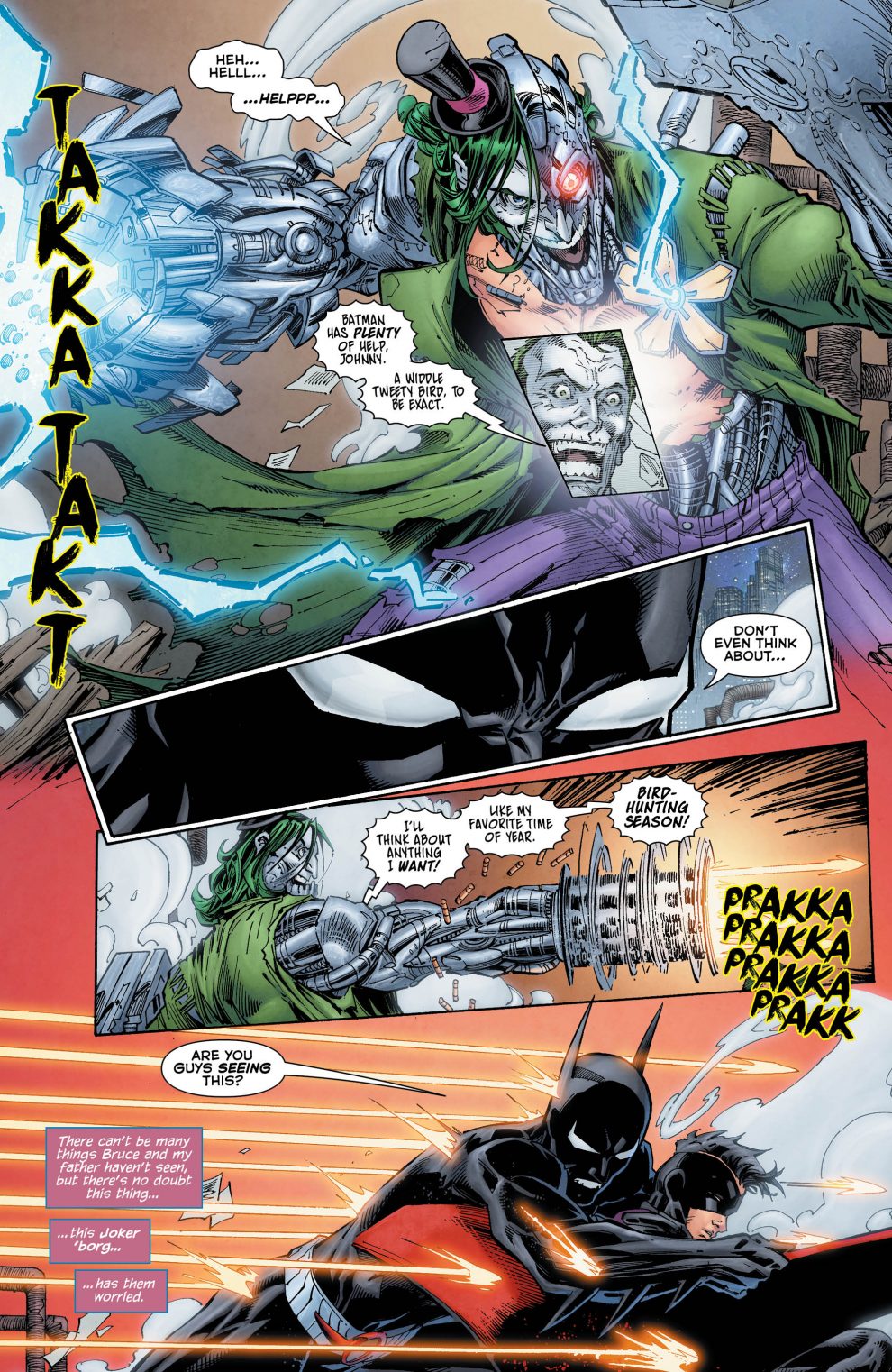 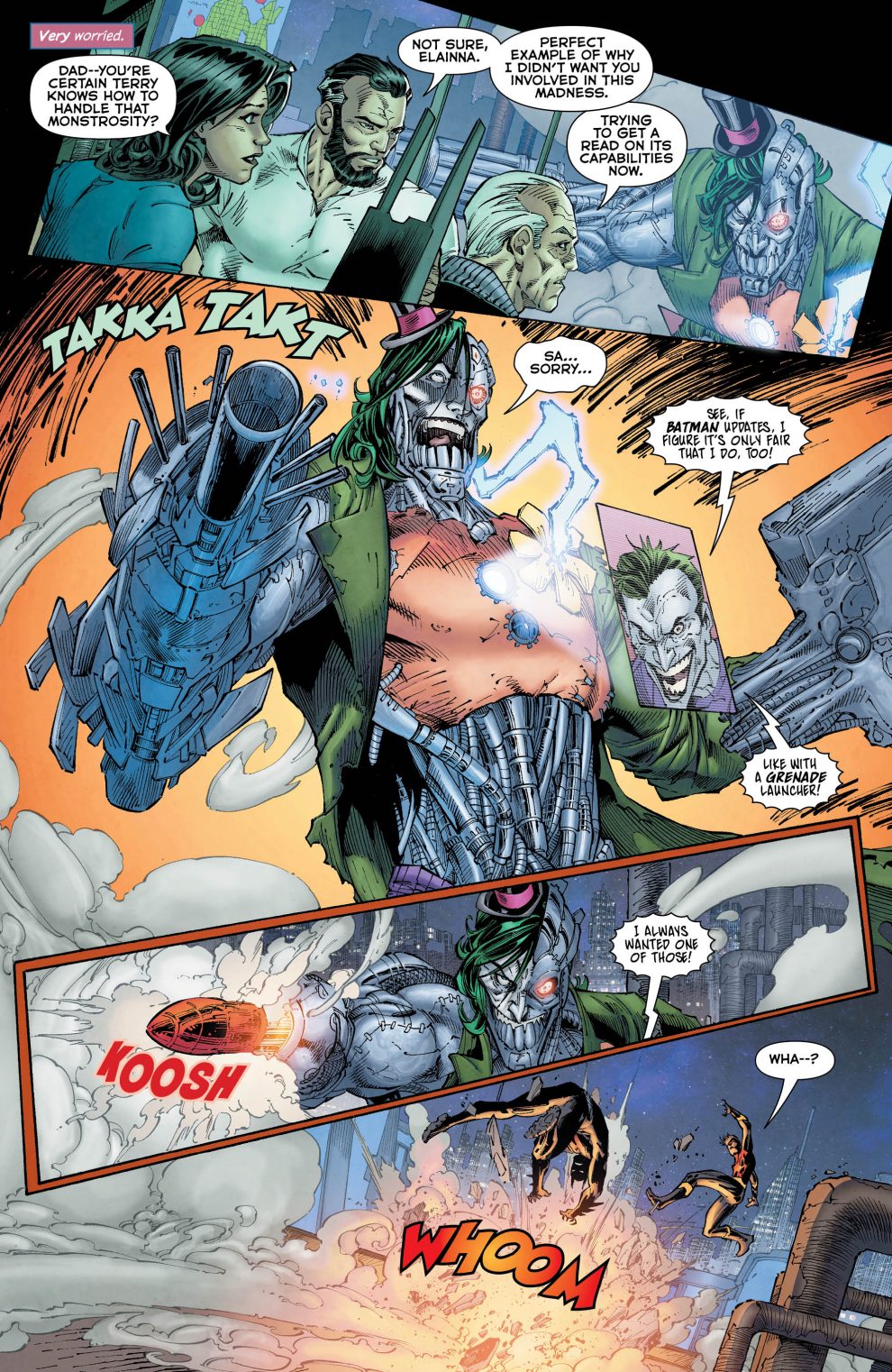 This issue moves the focus away from any foreshadowing introduced in previous issues, and we get intense action. Joker has not been weakened by age, as his destruction dominates the pages with great effect. It is somewhat frustrating that instead of suspenseful drama of past issues, we get a tussle. That isn’t to say the fight isn’t entertaining, just out of character for the series. When a fight is this well drawn however, it’s more than forgivable. The team of Brett Booth, Norm Rapmund and colorist Andrew Dalhouse draw amazing action. Pages 1-3 are spectacular.

I’m more than willing to look past what seems like a very routine issue. Aside from showing the strained relationship between aging characters, and setting the stage for the next chapter, this one is somewhat forgettable. However, an issue with that much action, and one that shows off the true threat of The Joker, it’s a great read compared to middling issues of other titles.