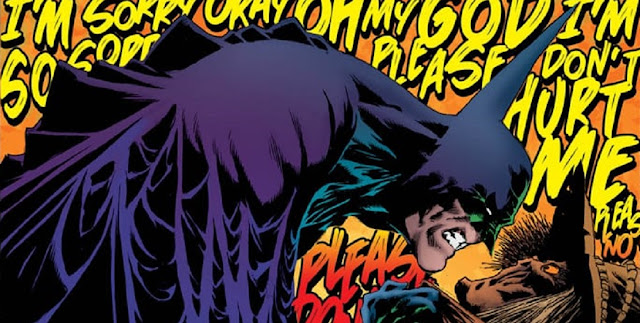 “The Once And Future King” 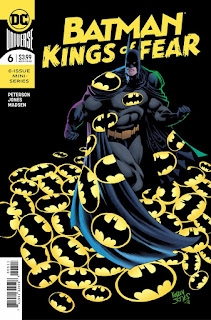 The Scarecrow has dragged Batman through all his own fears and terrors. Worse than that though, he has made the Dark Knight doubt his own purpose and sanity. Was his entire career as a crime fighter nothing but a sick joke, and a complete waste of time? Has Batman made a positive impact on Gotham City, or would it have been better if he’d never existed at all? By making Gotham’s greatest protector question himself, has Scarecrow proven himself to be the true king of fear?
The ultimate title match is finally won, in this concluding issue of Batman: Kings Of Fear. This mini-series has been a revelation and – to my mind – the best Scarecrow story ever. Scott Peterson has used his decades as an DC Comics editor to plumb the psyches of both Jonathan Crane and Bruce Wayne. What he’s achieved in this mini series has really impressed an old and sometimes cynical comics fan. Anyone who’s read my reviews of issues 1- 5 will know that I wasn’t sure what Peterson was up to at first, and that this series seemed like nothing more than a vehicle to show off the considerable talents of Kelley Jones.
I’m man enough to admit when I’m wrong.
The writing on Kings Of Fear is every bit as excellent as the art. 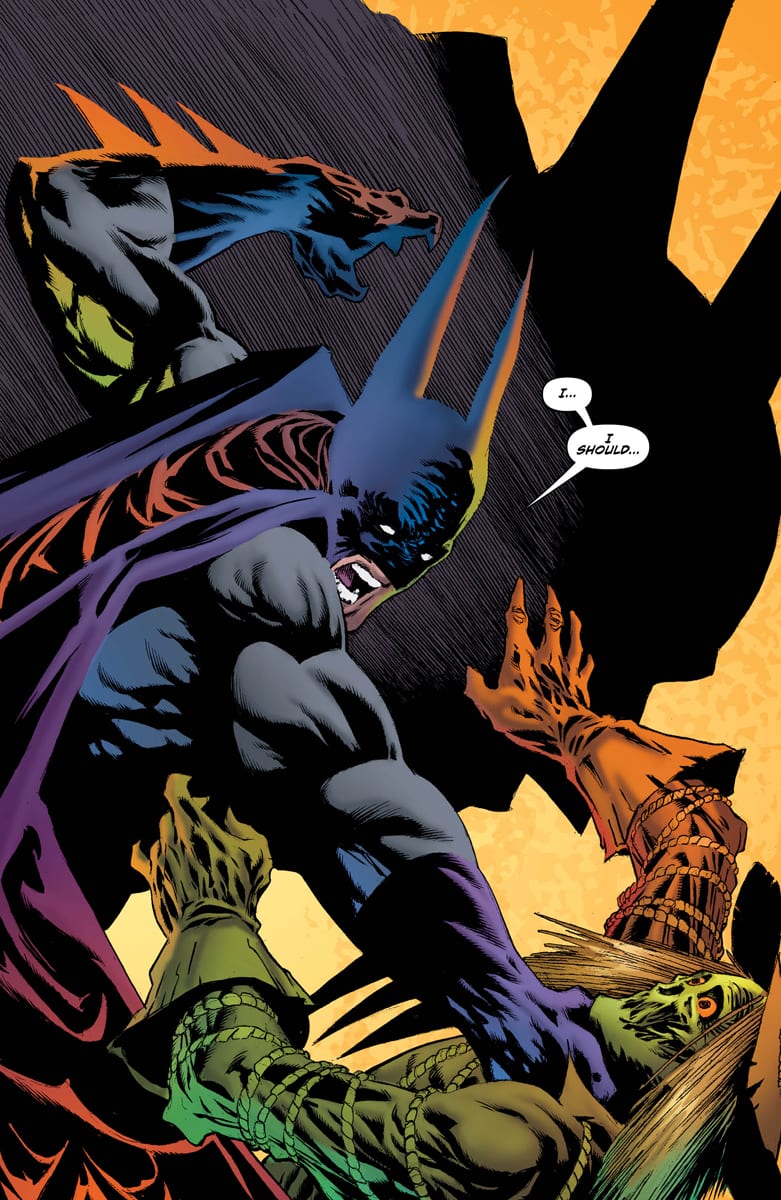 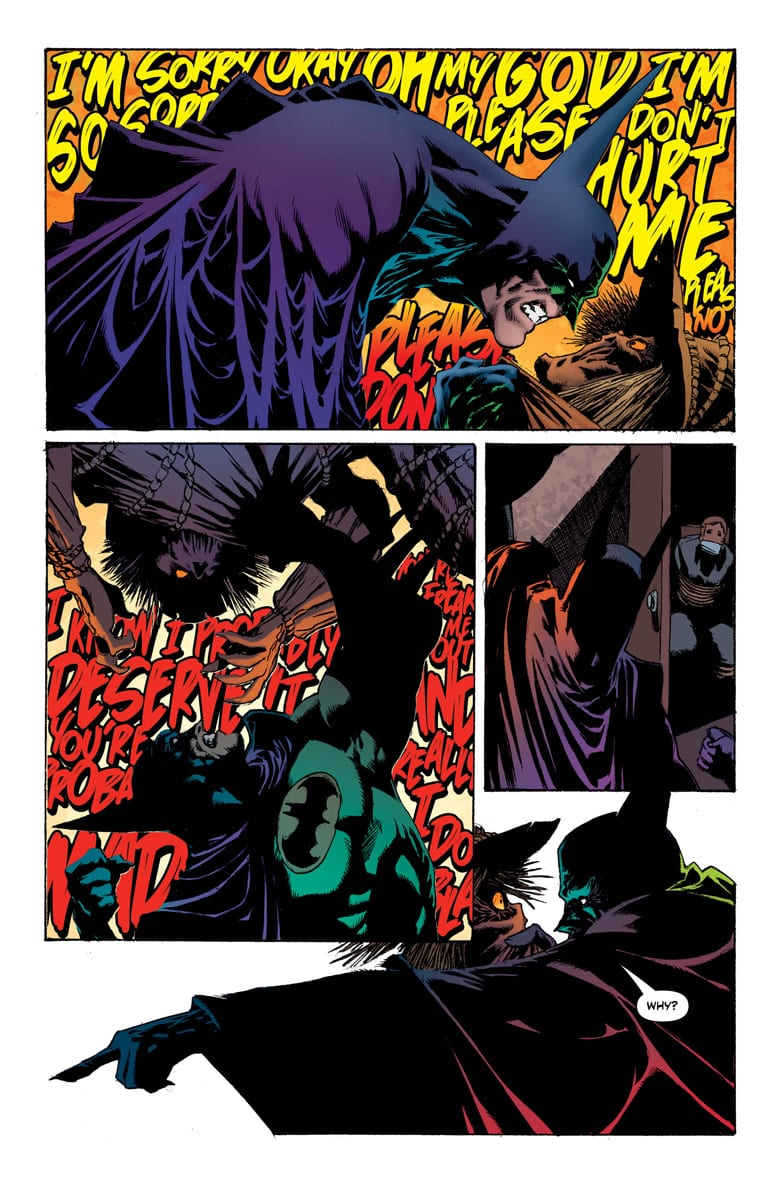 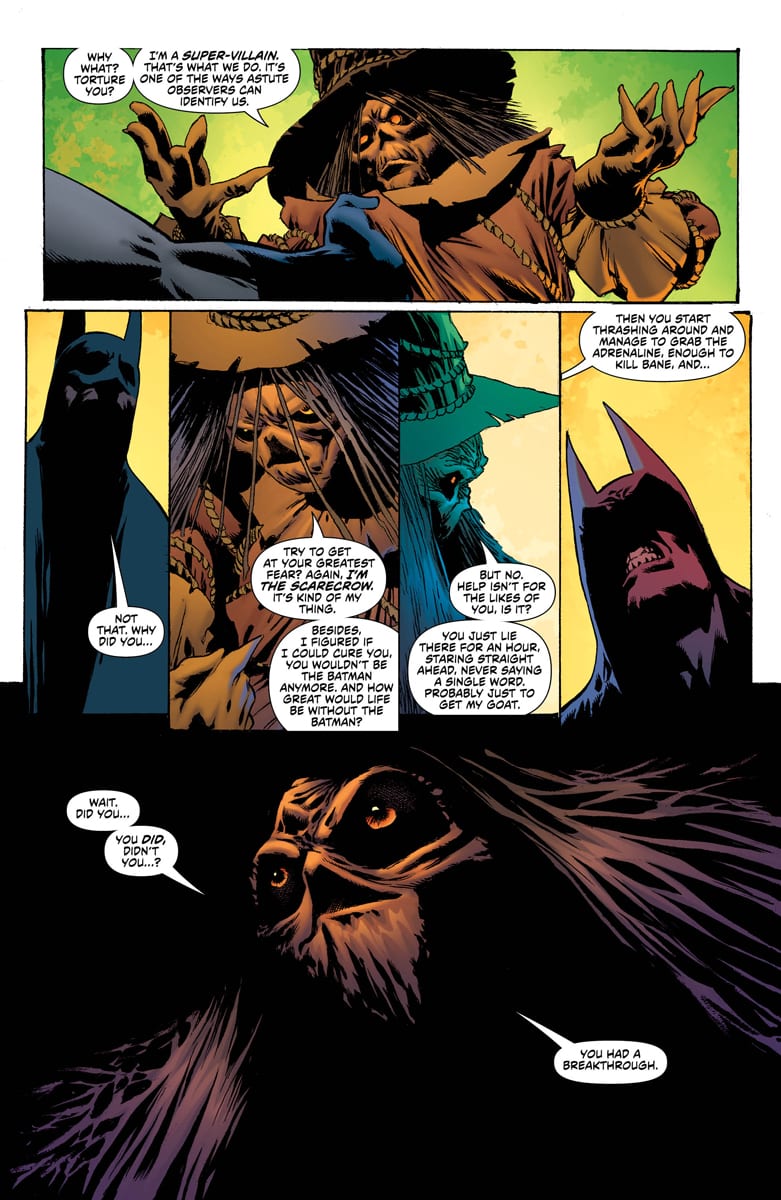 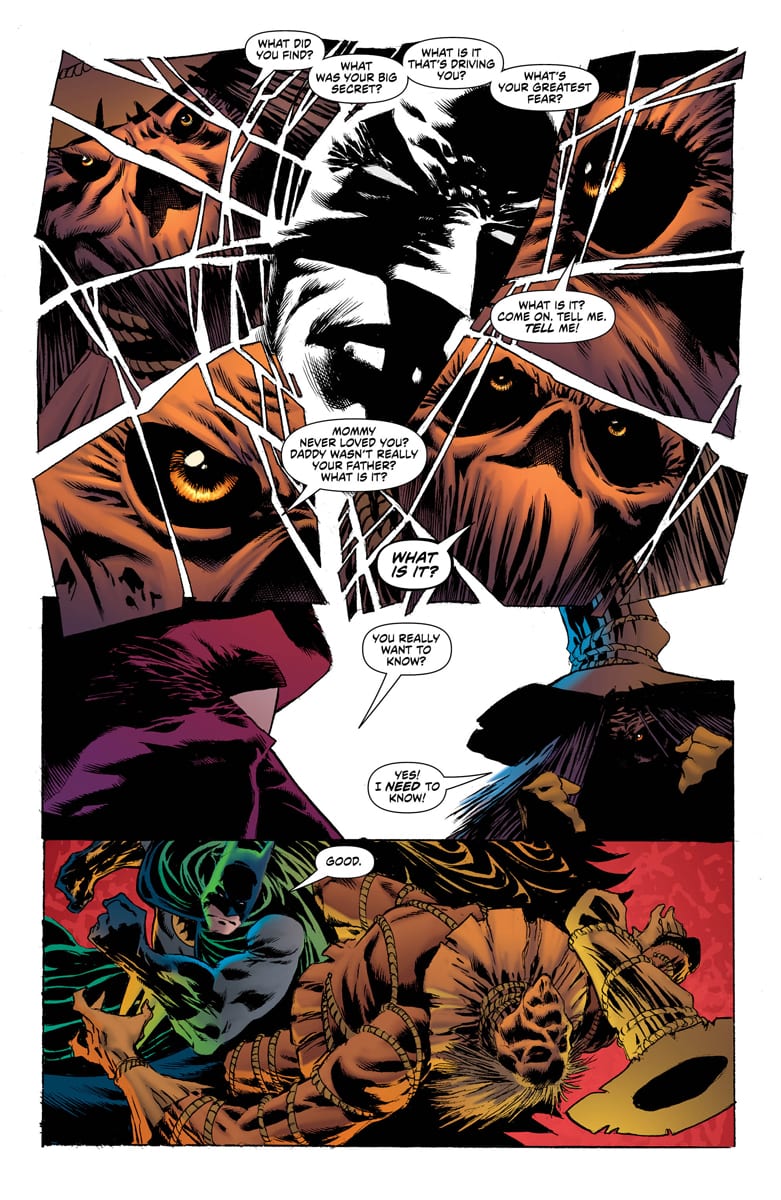 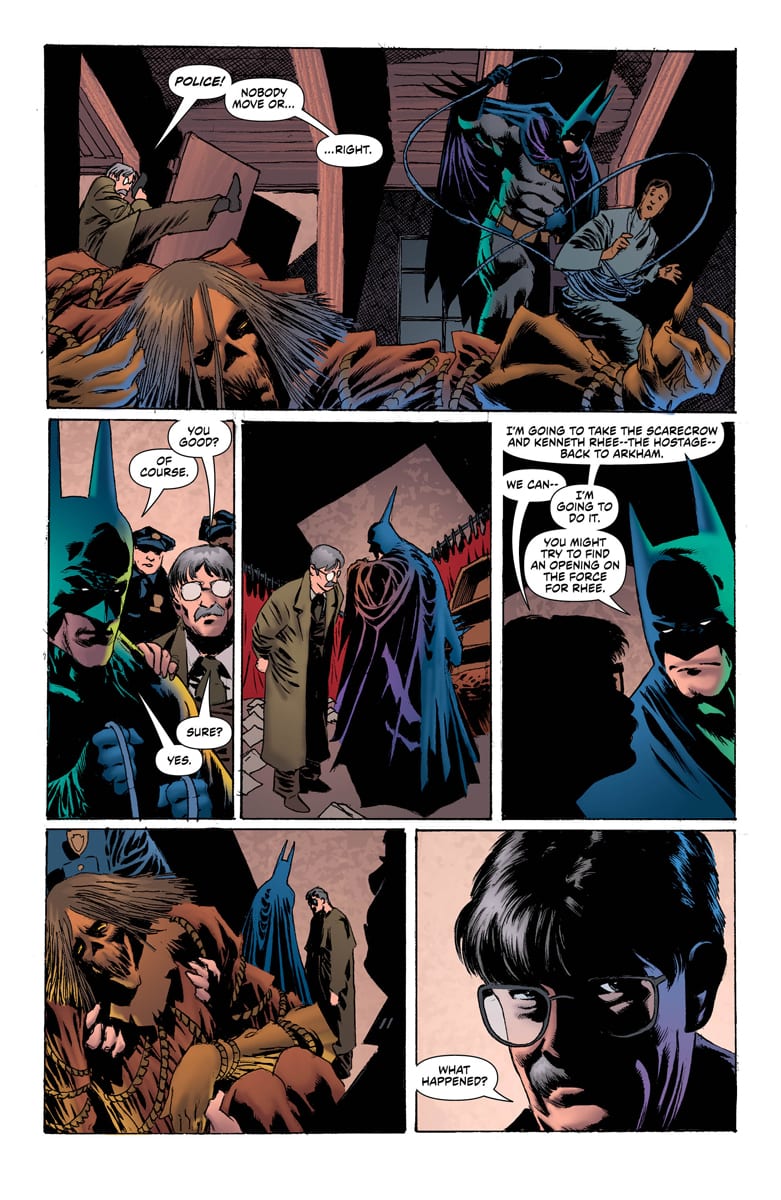 Oh… that art. After reading this series, I hope that DC and Vertigo snap Kelley up, chain him to his drawing board and get him on a regular series. At the very least he could take up drawing some alternate covers. I would love to see his take on the new Justice League Dark! Kelley’s use of shadows, light and darkness is masterful. His creative page layouts and panel borders still amaze and surprise. He can go from traditional, to bonkers from one page to the next. Check out how he goes from a modern layout on page 3, to the broken glass effect on page 4, to the classic old school panel grid on page 5. Wow. As for his splash pages… well, see for yourself!
Michelle Madsen and Rob Leigh have proven to be the ultimate sauce over Mr. Jones’ delicious prime steak. A great colorist knows when to use color, and when to just leave the art alone. The stark monochrome Batman face surrounded by Scarecrows on page 4 is a perfect example.
I don’t know if Rob Leigh sleeps, because I’m sure that he’s the letterer on about half a dozen titles right now! In this series he’s really outdone himself. Check out page two, especially the first panel which is reproduced at the very top of this review.

On first reading this issue is a little slow, which is all the more evident after the thrill ride that made up issues 3-5. As a stand alone chapter I don’t know if it’s 100% successful. When reading the whole story together however, it’s pure perfection. I wouldn’t give this instalment a perfect 10 score, but anyone who reads the trade paperback/graphic novel collection most likely will. As a mini-series, when all is said and done I would definitely give Kings Of Fear full marks. As a single comic it earns a strong 80%.