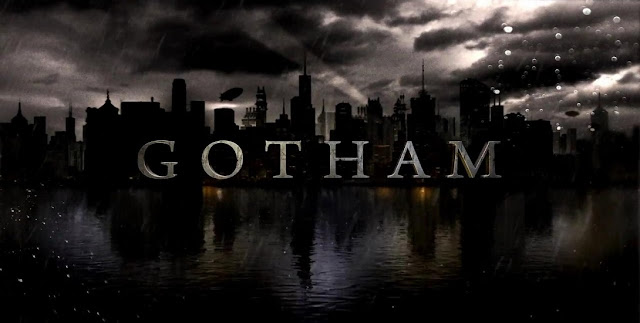 Last week’s episode went out with a bang, both literally and figuratively. Someone blew up what had become Gotham City’s only safe haven, and this week Edward, Lucius, Jim, Barbara and Oswald try to find out who… and why. 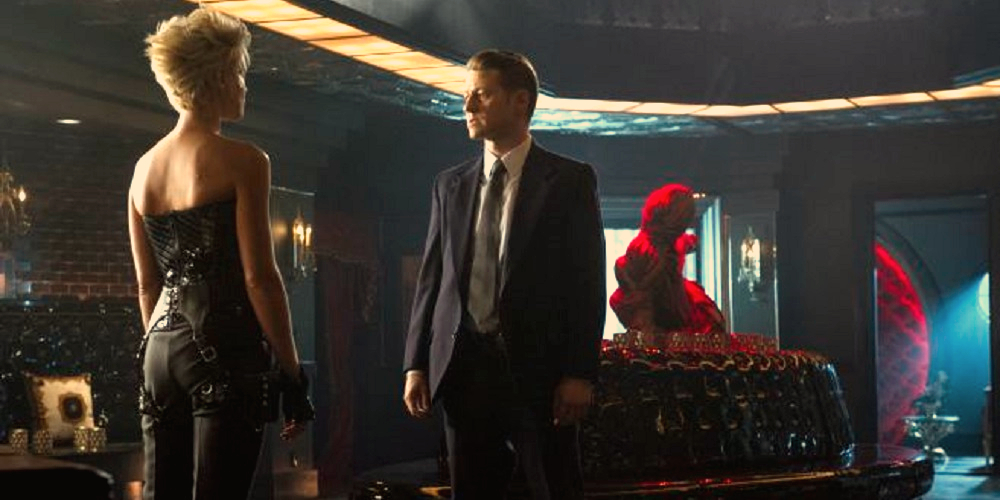 The writers are keeping their foot on the gas, and the momentum is driving on like the proverbial steamroller. This episode gives us Madame Guillotine, furniture appreciation, crossed wires, miscommunication, tag-team action and more bullets than an on-line game of Call Of Duty. The action doesn’t let up, and I’m loving it.
“Ruin” sees the return of Ecco and of two more Gotham baddies that I’ve been missing. I’m not going to say another word, but if you know your actors, a glance at this week’s credits will make you smile from ear to ear.
We also see a terrific new Dynamic Duo in action, as the wonderful Sean Pertwee joins forces with Bruce to take on Ecco’s cohorts in an attempt to track down a homicidal Selina. Man, I know I’ve complained about not seeing enough of Alfred in episodes 1-3, but this week the Bellicose Butler is on fire! The way he and Bruce take on the bad guys is pure Batman 101. Magic! 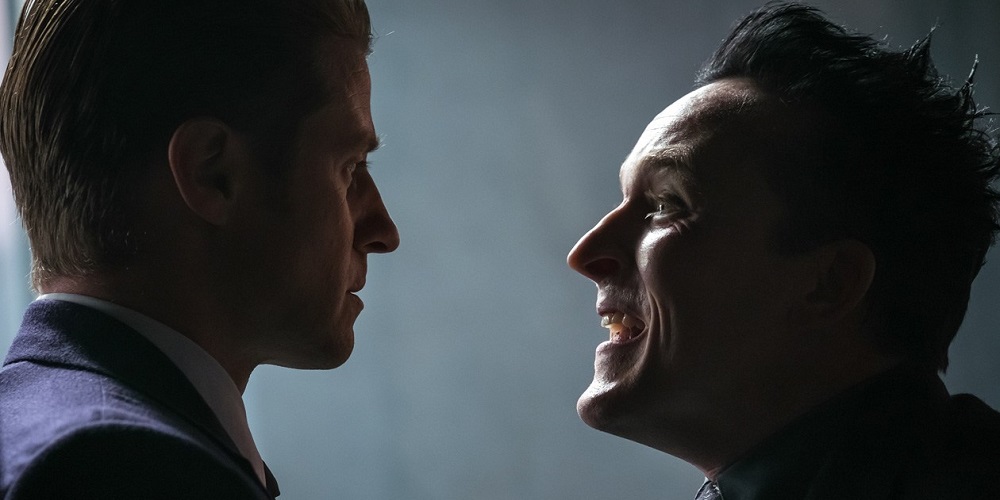 First we had Barbara helping Jim, now, in the aftermath of Haven’s destruction, has Oswald also joined team GCPD? The intro for episode 1 showed us an army made up of the most unlikely allies, joining forces against a common foe. Could this act of evil be the catalyst to these former enemies coming together? Even if this is the case, I doubt that it will be plain sailing!
Robin Lord Taylor is at his maniacal best in this episode. The way Oswald reacts to a familiar face from his fast popping up is handled incredibly well, by both the actor and Penguin himself, acting completely in character.

Edward also teams up with an unlikely partner this week, as he seeks to discover who blew up Haven on his own side quest. The results of his investigation are surprising to say the very least! Cory Michael Smith has been allowed to run wild and cut loose this season, and it’s a joy to behold. Never has his dual personality caused Edward so much anguish, or the given viewers such great entertainment. Look out for a neat little homage to Joel Schumacher’s Batman Forever… Edward’s on a roll, even though his moral code’s gone right out of the window. 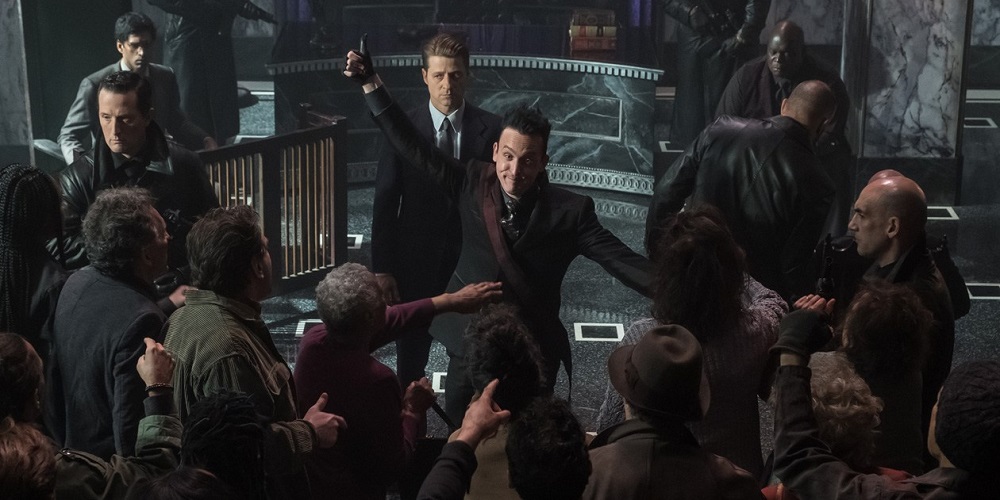 Every single episode of this final season has been brimming with action. The story is gathering momentum and even more key-players have rejoined the game. Selina’s gone feral, Edward’s gone bananas, Oswald’s gotten drunk on power, and Barbara’s grown a conscience. Now we have Bruce and Alfred kicking butt and taking down villains too! I’m a happy man, and counting down the days to the next instalment.