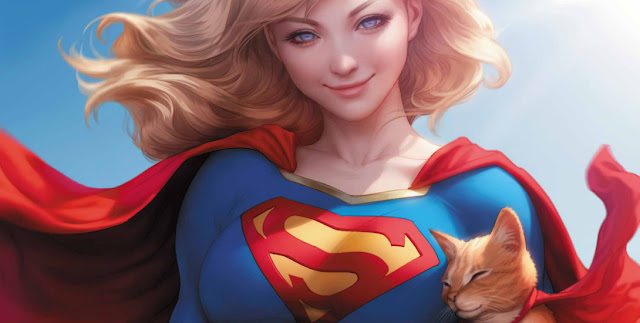 We catch up with Supergirl after her capture. She seems well, even though she's the subject of twisted experiments at the hands of a familiar individual. With the help of allies she knows, but didn’t expect to see, she makes every effort to escape her predicament. As the issue ends, she may have gotten herself in hotter water than she was in already, not to mention something strange is happening to the allies she’s lost. 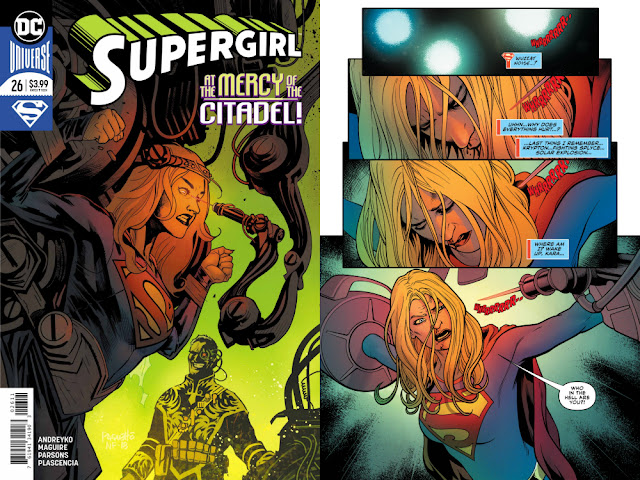 There is something deeply space-age about this issue. It’s an old school, 1960’s, sci-fi romp. We get the hero facing insurmountable odds, powerless, far from home and the comfort of friends. We get strange experiments, moustache twirling villains, and a shock return. It’s campy and out there, which isn't something we see very often these days. 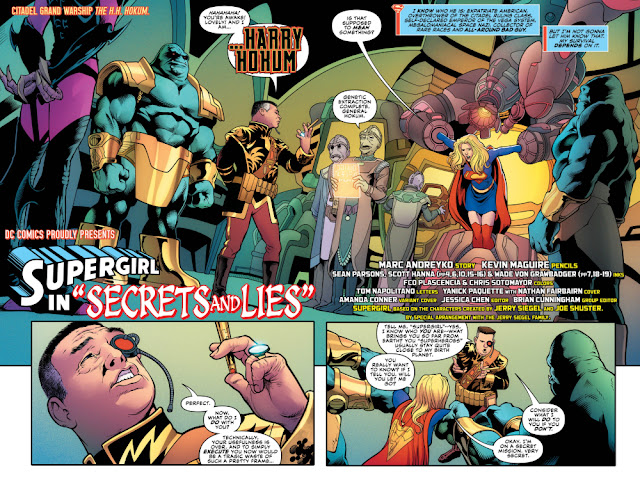 One of the blessings about this issue was also one of it’s biggest stumbling points. The bombastic action of alien beings teaming together to defeat a hammy villain is welcome, but a little jarring. It’s deeply unexpected to go from Supergirl being a hapless prisoner, to fighting alongside relative strangers. The introduction these other heroes are given is lifted straight from a golden age team up comic, which is lovely, but campy by today’s standards.
Another nit for me to pick is on Supergirl herself. Her powers were significantly drained after her last encounter, this takes some reminding... which the issue doesn’t do. If you read a lot of comics it's a lot to remember that she’s been drained of her powers due to exhausting all the sunlight stored in her cells. I admit that I like it when a comic doesn’t hold our hand and remind us of things constantly, but it was little disconcerting, at first, to see the Girl of Steel so manhandled for the majority of the issue. 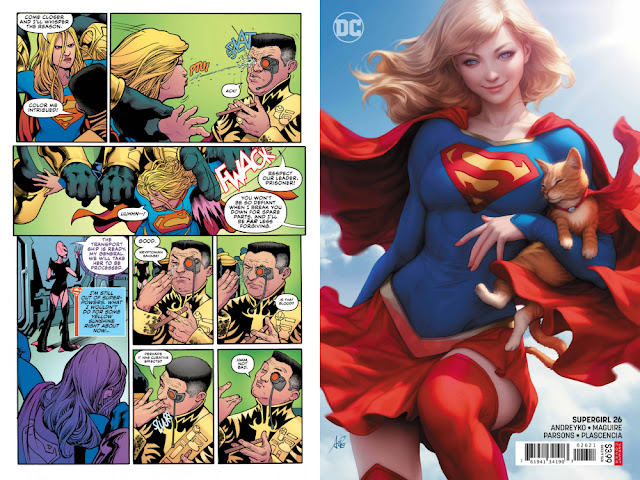 You can’t have a piece of media that's to everyone’s taste. As it comes, this one is a lot of fun. A space age romp that you would be hard to find anything akin to in today’s comics landscape. It may be an odd tone, but one that’s fun and welcome.