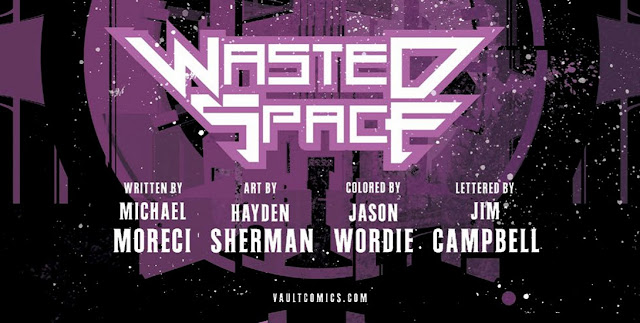 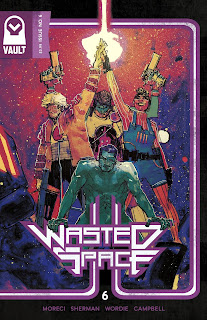 It came, it finally came! After a few months with only the Winter Special to keep us warm on long winter nights, issue #6 of Wasted Space is here! Volume two of this violent, sexy, hilarious and thought-provoking sci-fi roller-coaster ride picks up where issue #5 left off, and sets this new chapter in the life of Billy Bane rolling like a cannonball.
Man, I've missed these characters! 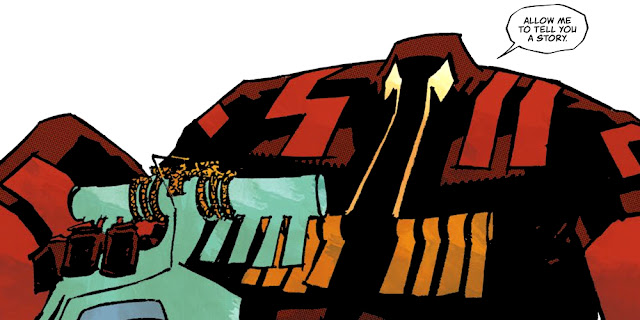 The one good thing about the wait between issues was getting to re-read volume 1. So much has happened! Former intergalactic preacher Billy Bane has been on the run with his bodyguard/lover Dust. This hunky, blue beefcake kicks ass and hates clothes. Think of a homicidal Doctor Manhattan, but with more hair, more violence and no cosmic powers.

Joining the Dysfunctional Duo is Molly Sue, a psychic/precog who's sweeter than a chocolate covered sugar cube in a honeypot. On the run from her brother and the target of the giant monster known as Legion. 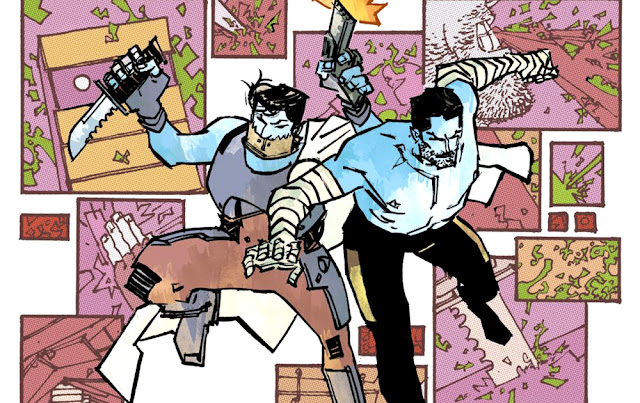 Dust has skeletons of his own. His altar jilted lover Fury has now joined the team and rocked the dynamic between Bane and Dust.

Our band of Merry Mental cases has since gone on to kill Yam and, after coming to an uneasy truce with Legion, are now hunting down God. In this story The Creator has taken on the form of Billy Bane's favorite childhood action figure.

All caught up? Great!

Pump Up The Volume

This issue brings us all the charm, violence, action and philosophy that I've come to adore and expect from this refreshingly bonkers series. The fantastic thing about Michael Moreci's writing though, is the way that he can still surprise us. Let me tell you right now that page 5 is a real shocker!

The art team of Hayden Sherman and colorist Jason Wordie are also fighting fit, check out the gorgeous pics attached. The page where Dust and Fury cut loose actually takes up most of a page, but I'm an evil tease.

Letter Jim Campbell works HARD. This series is definitely a comic that one has to actually sit and read, and Campbell makes it fun and easy. His captions, headers and sound effects are quirky, help the story flow, and are an integral part of this wonderful series. 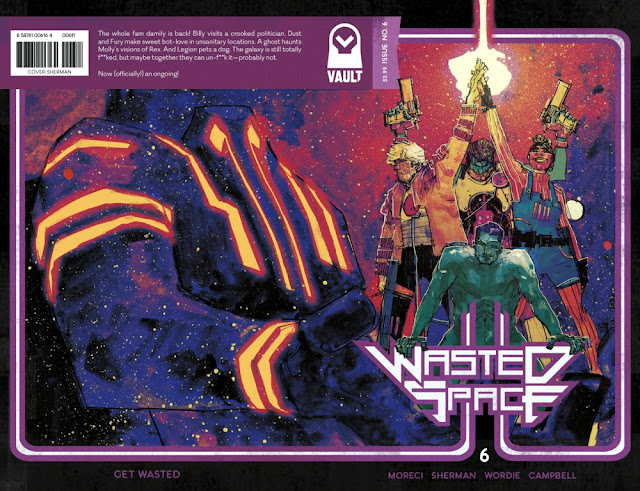 This issue was so worth the wait. It has perfectly underlined everything that preceded it, while setting the tone for what is to come. The revelations and surprises have already got me anxious to see how things play out, and the new characters we meet are fascinating.

I thoroughly encourage everyone out there to pick up the collected version of volume one, then add this yummy little morsel of a comic to their pull lists. Then sit, read, and absorb every ounce... it would be a terrible shame if any of it were to Get Wasted.

This issue is set to hit comic stores on February 6th.

Images Courtesy Of Vault Comics, The Writer And Creative Team