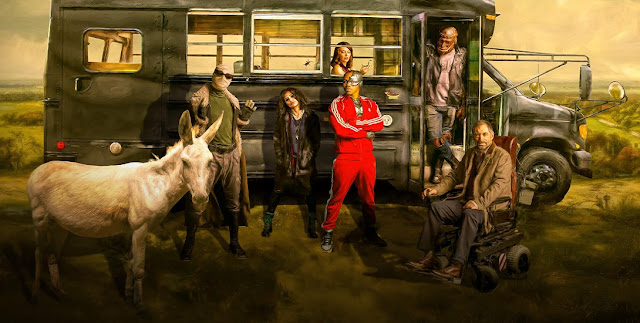 Last week I left everyone with the teaser:

If a green lock needs a green key, and a steel lock needs a steel key, come back next week to find out what kind of key a don lock needs. You’ll feel like a total ass if you don’t.

Of course, a Don Lock would require a Don Key. Remember our pack animal pal from last week? Well, he plays a huge fart part in this week's episode.

"Donkey Patrol" also features: messages in the mist, cutting words, garbage sacks, prophetic paintings and a clear warning to be very careful what you eat. After all, what goes in... 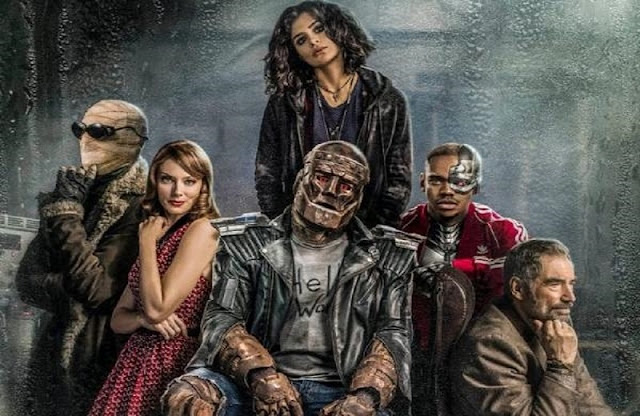 Jane Ain't The Only Crazy One

This show is bonkers. If you thought that episode one was weird, wild and woolly, then this instalment is going to blow your mind. From the opening scenes with Mr. Nobody filling his huge hole, the cray-cray's on full display. Brendan Fraser's response to all of it is absolutely hilarious! For someone who's survived a fatal car crash by having his brain transplanted to a nigh-on indestructible robot body, Cliff Steele is still having a tough time adjusting to the strange new world that he's been thrown into.
Men possessed by energy beings, elastic ladies, and a woman with 64 different personalities (each one having their own unique super-power) are just the tip of the insane iceberg. As teased in episode one, this week we finally get to meet Vic Stone, AKA Cyborg. 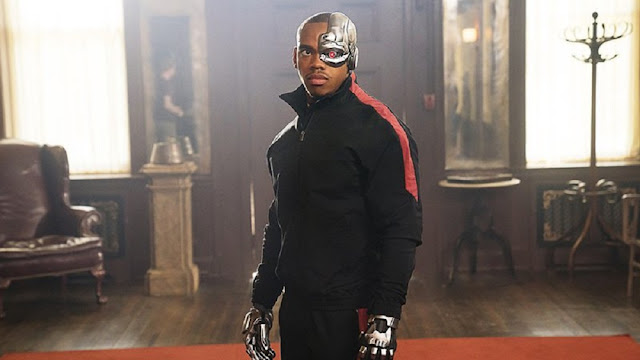 Half Man, Half Machine... All Hero

Every DC Comics fan will already be more than familiar with this character. He first appeared in DC Comics Presents #26 (October 1980) before joining Robin, Wonder Girl, Beast Boy, Raven and Starfire in Marv Wolfman and George Perez's classic New Teen Titans. Since then Victor Stone has appeared in animated movies, and on TV, voiced by talents such as: Michael B. Jordan (Justice League: The Flashpoint Paradox), Shemar Moore (Justice League: War), Khary Payton (Teen Titans/Teen Titans Go!) and Bumper Robinson (Lego Dimensions).
This is, however, only the second time we've seen Cyborg in live-action. The first was Ray Fisher's fantastic interpretation of the character in 2017's Justice League. This film was supposed to lead to a solo movie led by Fisher, but for reasons too numerous (and painful) to mention, it doesn't seem likely that we'll be seeing that version of the character again.
Thanks heavens for Doom Patrol!

British actor Joivan Wade has taken on the role, and with just one episode under his belt, I feel that he owns it! His performance in this episode is remarkable. This young actor goes through every possible emotion this week: Pain, rage, disbelief, Mourning, confusion, courage, and everything in between. This talented young man is one to watch, mark my words. 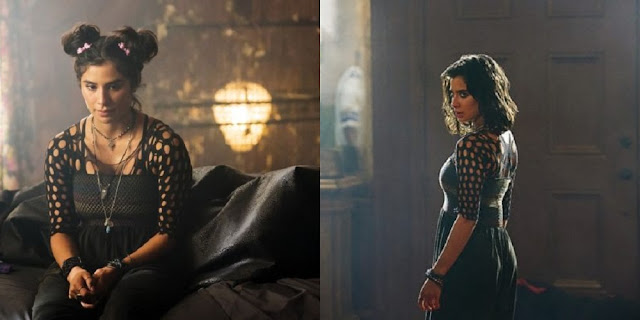 The Many Faces of Crazy Jane

Last week we met Jane, Hammerhead and The Hangman's Beautiful Daughter, all played by the wonderful Diane Guerrero. This week we're introduced to Baby-Doll (the name's fairly self explanatory), Lucy Fugue (a real live wire) Silver Tongue (she has way with words) and Katie (a hot-tempered one, no mistake). We also get to find out where her personalities live when they're not possessing her body, and many of them are given names.
In a wonderful sequence featuring Cyborg, Robotman and Baby-Doll, Cliff Steele discovers video tapes of Niles Caulder's counselling sessions with Jane and viewers get to see a wall-chart containing a rough map of her mind, and many of her multiple personalities. I couldn't catch all of them, but managed to list: Bizzie Lizzie Borden, Kit, The Snow Queen, Jill In Draws, Flit, Stigmata, Sylvia, Bubble, Merry, Rain Brain, Scarlot Harlot, Sin Eater, Penny Farthing, Merry Andrew, Lady Purple, Mama Pentecost, Sun Daddy and Jack Straw.
I've already been blown away by Guerrero's portrayal of the seven characters (eight, if you count Sun Daddy's brief appearance last week, but that wasn't so much acting as special effects) that we've already met in just two episodes. If she manages to give mannerisms and voices to all the others too, that will be something to behold! 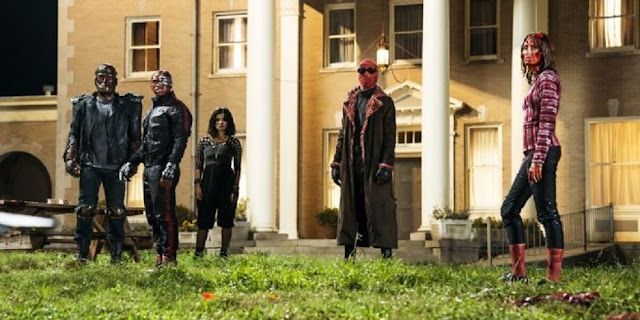 Tune In Next Week

Two episodes in, and I'm in love with this show. I've singled out some standout moments and performances, but the visuals, direction, writing and scope of this show are all first rate. Brendan Fraser, April Bowlby, Timothy Dalton and Matt Bomer also continue to shine. Guest star Phil Morris managed to convey menace and affection in the role of Silas Stone, Cyborg's father.

I could go on for days about Alan Tudyk, who is one of my TV heroes, as he plays a villain who breaks the fourth wall in ways that Deadpool couldn't manage, even if he merged with the Hulk and was worthy of wielding Mjolnir (NERD ALERT CONDITION RED!) That ol' fourth wall gets obliterated this week! 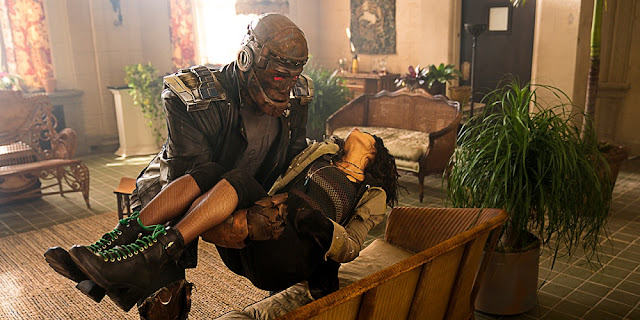 I will leave you with the slightly paraphrased, but soon to be immortal words of Mr. Nobody:
This show isn't just for Grant Morrison fans, DC trolls with Reddit subscriptions and the three new fans who stuck around after the donkey fart. This one's for everyone who's ever felt different, or who wants to experience something brand new.

Images May be Subject To Copyright