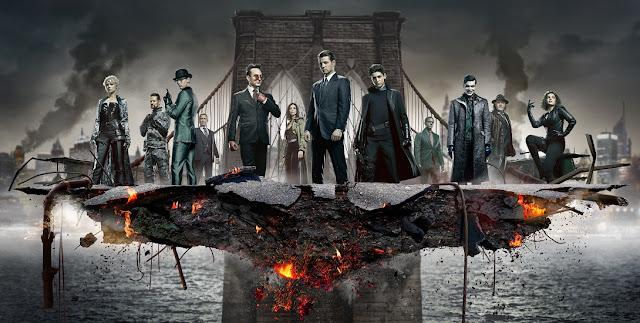 Blasts from the past and ominous portents of the future; this episode of Gotham has it all. This week Ben (Jim Gordon) McKenzie directs and stars in a pivotal episode. Secretary Walker and Eduardo Dorrance make their play, revealing an important figure from James’ past, and we meet another vintage comic-book villain in Magpie. She wants shiny things, even if they’re not hers. 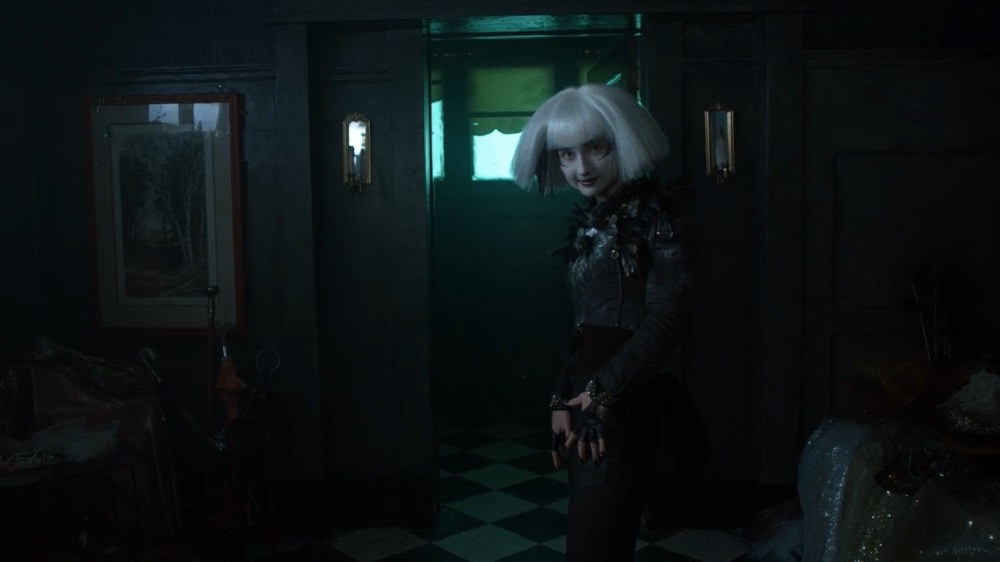 Birds Of A Feather

Not many people who aren’t obsessive comics aficionados, like me, will know Margaret Pye. This character was created for the comics by John Byrne in issue #3 the classic Man Of Steel six-issue mini series. This issue also gave us a refreshed and rebooted post Crisis On Infinite Earths Superman (1986). The story was hugely important because it showed that era’s first ever meeting between the Dark Knight and the Last Son Of Krypton. Magpie was a kooky villain obsessed with jewels and all that glitters, and this is who we meet this week, perfectly played by Sarah Shenkkan.
The trouble is, this particular pigeon is pilfering the Penguin’s plunder, so is biting off a whole lot more than her greedy beak can chew. Things go from bad to worse for the burglarizing birdie when Penguin sets the cat on her, in the form of Selina Kyle. 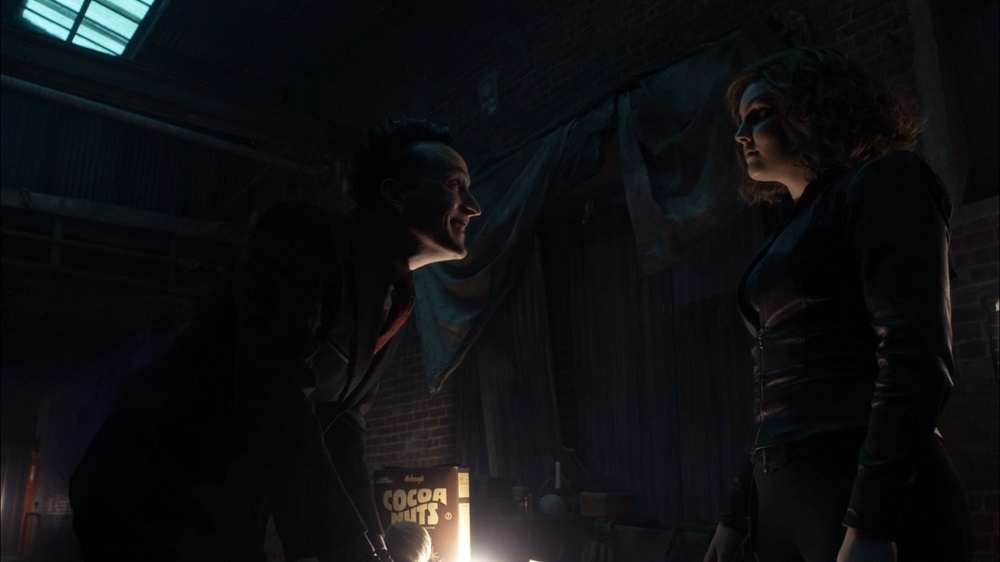 The Bane Of James’ Life

The rivalry between Jim Gordon and his old friend, now turned bitter enemy, Eduardo Dorrance, also comes to a head in this episode. There’s nothing like some well choreographed fisticuffs to really raise the action stakes on a TV show. It’s a terrific bout and, once again we see that Gordon can really drive a message home. By the end of the fight Eduardo gets the point.
I have to say that I was impressed by the directorial work of Ben McKenzie on this episode. His lighting and use of long establishing shots was very effective, and often beautiful to look at. I don’t know if Mr. McKenzie has any acting roles lined up post Gotham, but after seeing his work here I’m sure we’ll be seeing a lot more of him working behind the camera. His use of light and the way he directs the other acting talents in the show was eye opening. Check out the shots in this review, to see what I mean. 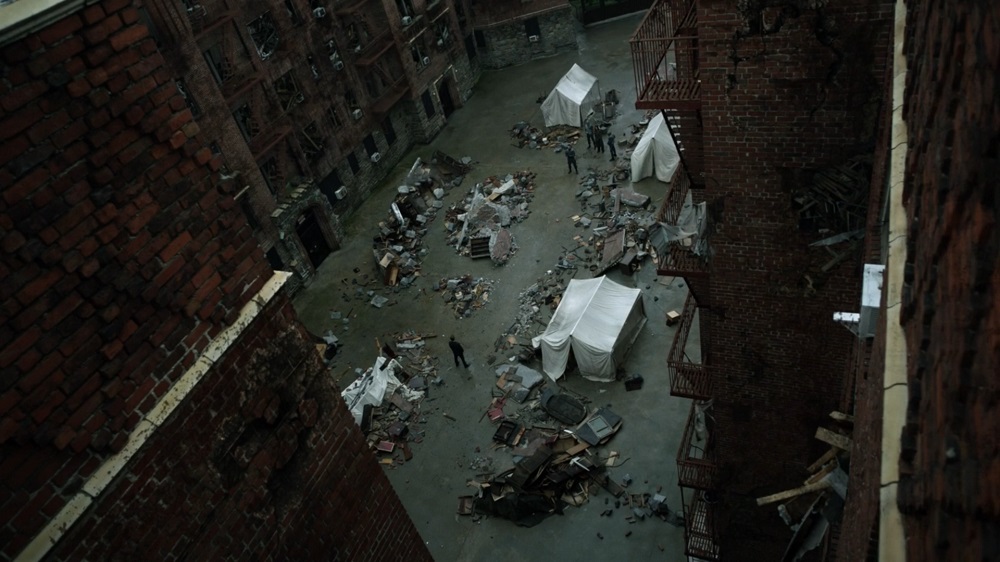 Last week we discovered that Secretary Walker, who Gordon thought was going to help Gotham City, was directly behind mind-controlling Edward and the destruction of Haven. Dorrance’s mercenaries, under Walker, are on a mission to eradicate crime in this No Man’s Land, whatever the cost. Eduardo’s actions in this episode are reprehensible, as is his treatment of Bullock, and Gordon, a man he once called friend.
The bargaining chip that Dorrance and Walker use to lure Jim out of hiding is a great, and welcome, surprise. The great thing about this show is though, that everything is not as it seems. James Gordon seems cursed to always come close to happiness, before it’s snatched away from him. Just as it looks like Jim’s life is about to take a turn for the better, Barbara drops a huge bombshell. This was one su
rprise that I didn’t see coming, though being a fan of the comics I really should have. 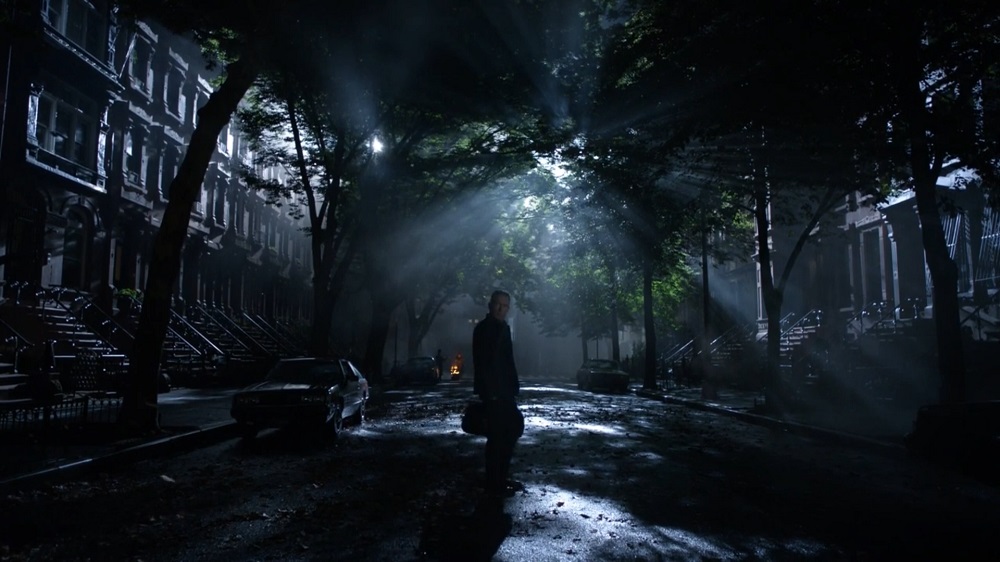 This episode delivered pretty much everything I love about Gotham. Every single cast member appeared in an episode which had action, humor, heart and nerve shredding twists. It was visually stunning in places and felt more like something you’d see in a movie theater, than on TV.
We had a fantastic team up between Oswald and Selina, Edward working with the GCPD again and more of the Bat-boy and Alfred Dynamic Duo. I loved seeing Lucius, James Edward and Barbara working with Alfred and Bruce. David Mazouz kicked severe bad guy buttocks this week, and even used a grappling hook to climb onto a roof! Every week that passes brings us closer and closer to seeing Mazouz finally become the Batman.
We’re now officially half way through what has, thus far, been an incredible final season. Next week’s episode is called “Ace Chemicals.” Comics fans worldwide, and fans of Tim Burton’s 1989 classic Batman movie, are probably on the edge of their seat. I know I am!