Trade Paperback Review: Immortal Hulk Vol 1 - "Or Is He Both?" 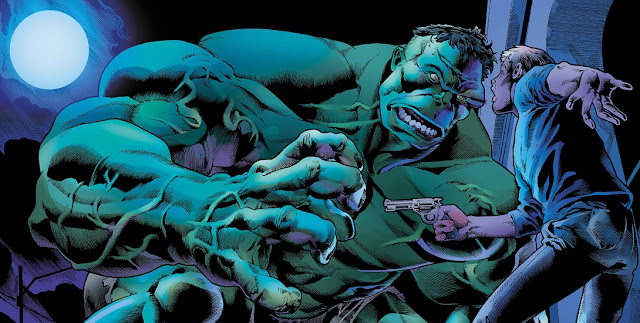 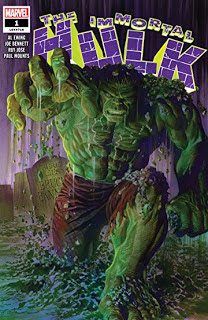 Having not read a Hulk solo title since Peter David's legendary multi year run as a youngster, it was with some intrigue that I picked up the first trade paperback of the latest incarnation of the Green Goliath. This book collects issues 1-5 (with some extra supplemental material from Avengers issue 684).

To say that the proverbial ball has been pummelled out of the park is a huge understatement. Written by British author Al Ewing, with truly sumptuous artwork by Joe Bennett, this is a new take on Hulk, which is equal parts terrifying, poignant, darkly humorous, as  well as a visual feast. 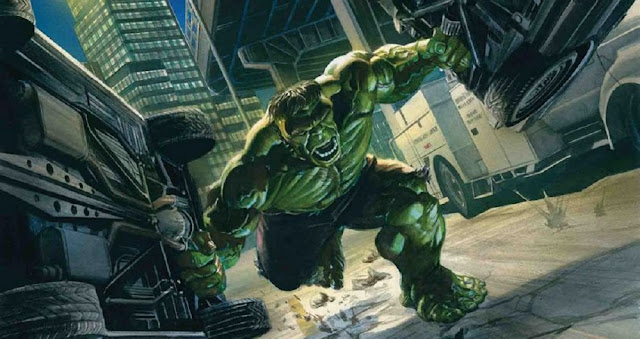 Never before has the dichotomy of the Banner/Hulk personas been given such distinction, without reverting to the physical separation done back in the 80's. Using the concept that the Hulk simply cannot die, no matter what happens to him or to Banner. Even the death of Banner will see an eventual resurrection once the Hulk manifests after dark. Banner can never be free of his alter ego, never can he escape from the nightmare.

I love that this takes the character right back to his roots, as the transformation initially occurred at sundown and was undone by daybreak. Before a fit of rage was used as the typical catalyst, this nocturnal event gave the character a real monstrous quality, tapped into beautifully by Ewing in this arc. You truly get the sense that Banner can literally do nothing about it. 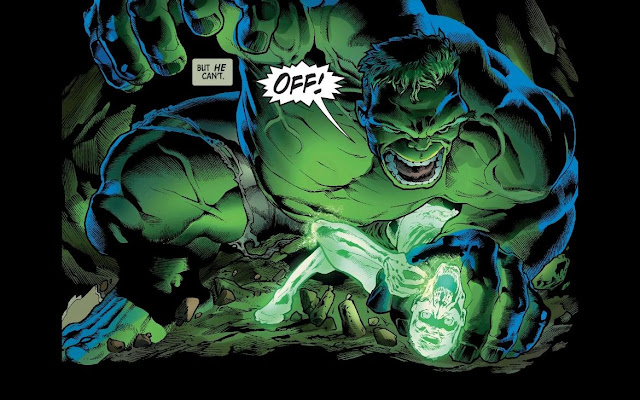 There are also shades of the television series in here, as Banner is leading the nomadic existence that Bill Bixby portrayed with such aplomb, moving from town to town and striving to help people as best he can, whilst staying under the radar and avoiding the attention of his former teammates over at Avengers Tower. This fully articulate Hulk, far from a mindless brute, is actively trying to make a difference, atoning for his many sins. There is a sense of the characters working in tandem, as Banner needs the Hulk to get him out of hot water more than once. Banner finds the problems and attempts to fix them, but when only a spot of fisticuffs will do, things go green!

If you are looking for action, you will find plenty of it here amongst the pathos and expertly crafted dialogue. Whether Hulk is taking on a biker gang, mutated scientist or a certain shaggy-haired member of Alpha Flight, the art from Bennett truly pops off the page. The unsophisticated, brute force style of the Hulk is brilliantly realised. A hospital set smackdown in issue 5 is a particular highlight, as the two behemoths clash in a whirl of broken walls, machines and even a few human casualties. Uncompromising and brutal, it's a masterclass in how to depict blunt force trauma. 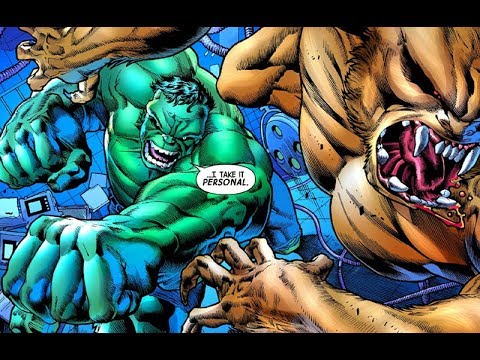 Any lapsed fan like myself will be able to pick up this book and dive straight in, an encyclopedic knowledge of the past is not required. The bonus content from Avengers issue 684 does a great job of explaining the history of the character and especially recent events such as Civil War II and Secret Empire.

Overall this is a simply stunning book, one which adorns my comic shelves with pride of place, awaiting the arrival of trade paperback number 2 at the end of February. 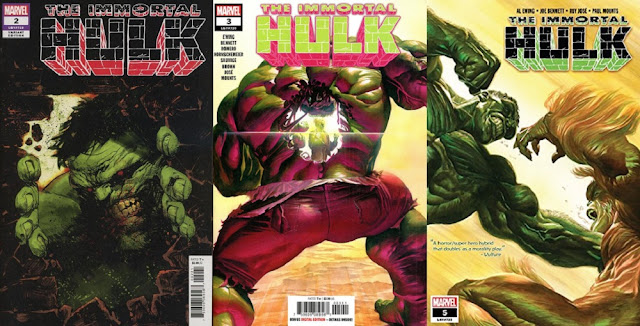 Long time fans and newbies alike can find much enjoyment in this arc, but younger readers should steer clear, as there are images in here that are for the more mature reader.

Ewing and Bennett have managed to reinvent the character whilst also paying homage to his past. This is quite brilliant read, has captured my imagination and made one of Marvel's longest standing and most famous characters feel fresh and vital. The Hulk has had a fresh lick of paint, without throwing the baby out with the bathwater.