It doesn't matter whether you play on Xbox, PlayStation, Nintendo or PC, the game stores are full of content. Not all of them need to cost you £40-£60, though. There are hundreds of games for a fraction of the price that deliver equal levels of fun and enjoyment, just waiting to be played.

If it’s First Person Shooter, platform or puzzle games that float your boat, there are games for everyone. You only need to look at the popularity of games like Minecraft, an 8-Bit graphics game in the 21st century. Fortnite, a low spec third-person shooter becoming the highest earning game in 2018. Games like this give great motivation to smaller developers. You cannot argue with the quality of games like Call of Duty but if you can deliver the same enjoyment at a fraction of the cost, then you are onto a winning formula.

I am very grateful to have been given early access to a number of games this year and below are 4 stand out indie offerings that I think people will enjoy. 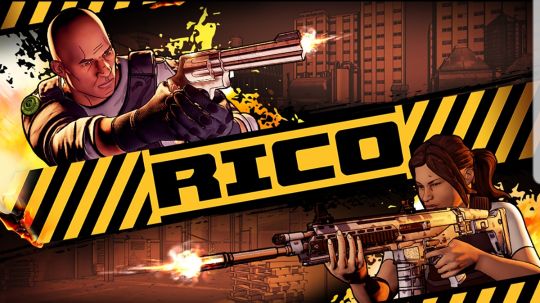 Official Synopsis - “RICO is a first-person, buddy cop shooter inspired by modern action cinema. In the game you and a friend play as a pair of loose-cannon police partners, given twenty-four hours to crack a case as part of an elite RICO (organised crime) taskforce.”

Rico is a standard first person shooter which gives you a default character and a number of upgradable weapons. I get the impression that the developers at Ground Shatter were big fans of the early Call of Duty games, in particular the door breaching sections. A very loose story is set up for you to follow: A pair of cops have to work from level to level solving a big case. The narrative doesn’t actually do much for the game, as you are simply focused on shooting people in the face.

Each level you work through is almost identical, an enclosed building or floors are full of rooms you must clear. You need to break down doors and shoot anything that moves, while picking up any evidence or money you find lying around. It might sound like there's not much to this game, and that’s because there isn’t. It’s a very repetitive process with the bad guys getting slightly tougher the further into the game you get. The weapons and upgrades get bigger and better in sync with the further you get. When you die the case is over and you go back to the beginning, to start again on a new case.

As simple and repetitive the gameplay is, it's still a whole lot of fun. This is a game that you can pick up and put down whenever you want. If you have an hour to spare and want to just run around shooting people and kicking down doors then this is a game for you. You don’t have to think too much, or worry that if you haven’t played for a while you will forget the story or where you are. Rico has all the action of Call of Duty or Battlefield, but without all the cut-away scenes and backstory. 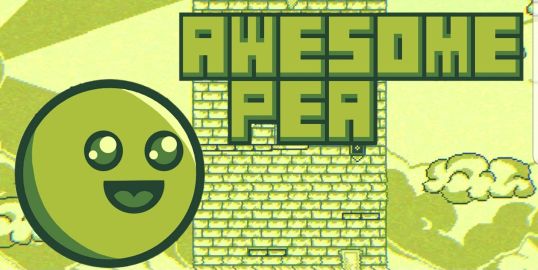 Official Synopsis: “Welcome to the Awesome Islands World! Awesome Pea is a classic run-and-jump platformer, where you must jump through many challenging levels and help the greedy Pea, who is ready to undergo any trials for the gold sake.”

Dangerous dungeons, deceptively beautiful nature, hiding deadly traps, as well as many ... many coins awaits you! Awesome Pea is platform game very much like a Rayman or classic Mario games.

A simple structure means you need to get from point A to point B without dying. If you die you go right back to the start. Sadly, there are no checkpoints, which can be very frustrating. Awesome Pea presents you with an Alex the Kid style map, so you can see your progress. With the ability to run and jump there is not much more to this game and takes little time to pick up. Some early levels are a real breeze and form more of a tutorial. Some of the later ones, however, have a few pull your hair out moments that test your concentration and memory.

Emulating classic platform games in a Gameboy or Sega Master System skin, Awesome Pea does give you some nostalgic moments. Unfortunately, the game never really challenges you or offers much variety in gameplay. That being said, it's till fun and can be enjoyed in small doses, either on your own or challenging your friends.

Official Synopsis “Hardcore and bloody shooter where you will have to repel the attacks of the living dead using the destroying traps, defensive barricades and also weapon of close and long-range combat.”

The concept of this game, when I read it, got me very excited. A third person shooter and tower defence game in one. Although it didn’t quite live up to my expectations, I still managed to rack up 10 hours of play in the first few days.

The controls and manoeuvrability are very reminiscent of those of the classic Tomb Raider games. You are a Lara Croft type character in tight, completely inappropriate combat attire. You find yourself in a room surrounded by 4 doors that, when opened, unleash waves of zombies that you must defeat. A choice of melee and ranged weapons are unlocked by purchasing them at the end of each wave. You collect cash dropped by the dead zombies which can be used to purchase weapons and ammo.

There is a defence building element to this game as well which I found to be a little difficult to deploy. At the start of waves you can build barricades and spikes, to help slow down the hordes, but this was all it seemed to do for me, slow them down rather than stop them.

This is a game which got better the more time I spent playing it. Once you understand the controls and how to purchase weapons and upgrades, there is a lot of fun to be had killing endless amounts of zombies.

Official Synopsis: “Use your magic staff and progress through a large interconnected world where you'll solve puzzles, fight enemies and defeat bosses in order to help free the land of Alwa."

Alwa’s Awakening is arguably one of the best, well made indie games I have played recently. Designed in an 8-Bit format with an exclusive soundtrack we are treated to an addictive game that will offer up plenty of nostalgia to classic Zelda game fans.

It's a fantasy, exploration platform game that offers a lot more than simply running and jumping. You are on a journey to discover mysticism and magic in the land of Alwa, interacting with a number of interesting characters along the way. The controls are simple and encourage you to explore the world, looking for secrets that you will need to progress through it.

If you grew up playing Castlevania, Zelda or even as far back as Dizzy, then you will enjoy this game. There's nothing too taxing about the puzzles and the pace of the game is quite laid back. It may not set the world on fire, but if you're considering purchasing a NES classic mini system, then I would save your money and get this instead. It’s a much more polished game that has had a lot of love and care put into its development.