I will be the first to admit that the build-up, promotion and trailers really didn't get me very hyped for Captain Marvel.

As a fan of the Marvel cinematic universe, and Avengers: End Game next month, it was still a necessity to go and see it, though. So, I booked my ticket for the opening screening at 00.01 on 8th March 2019.

I sat with my friend talking about how neither of us was that excited about this movie. We've both sat together for years now at the midnight viewings for every single Marvel, DC and Star Wars movie. Normally talking about which rumours we'd heard, or what we were looking forward to. This time felt different. We spent most of our time talking about the upcoming Shazam! and Spider-Man movies instead.

Once the opening Marvel credits rolled, replaced with a montage with Stan Lee, the mood changed. Many people stood to applaud and show respect to the late great Marvel mastermind. I remember having a big grin on my face, and was instantly sucked into what was to come.

A little over two hours later I walked out, saying to my friend how much I liked Captain Marvel. I could hear whispers from other people too, all saying similar things. Considering how uninterested in this film I was, this shows that something special happened in those two hours.

I’m not saying this film is perfect, I’m not even saying that it’s the best Marvel movie. What I am saying is that it’s a thrilling, entertaining spectacle and another fine addition to the MCU canon.

Carol Danvers is a half human, half Kree and has Superman type powers. When we first meet her she already has her them, but doesn’t know why, or how to use them properly. We then follow her story as she accidentally ends up on earth. She has a familiar feeling about our world, but doesn't know why.

With the help of Nick Fury, she begins to learn about her heritage on Earth. After many battles with friends and foes she starts to remember who she was and what happened to her. 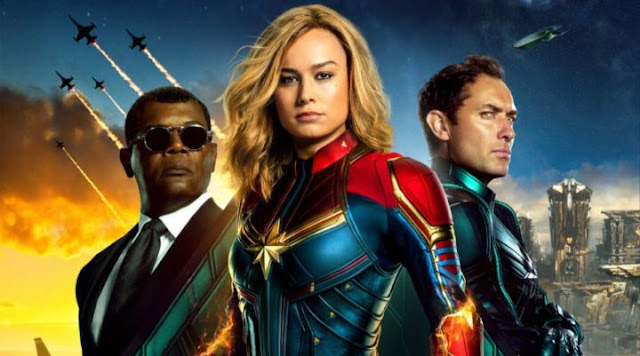 Brie Larson is amazing as Captain Marvel. She offers a warmth onscreen I could compare to the likes of Gal Gadot as Wonder Woman. As a naturally beautiful woman it would have been very easy for the producers to dress Brie up in tight and revealing clothes as seen with Scarlett Johansson as Black Widow, or Elizabeth Olsen as Scarlet Witch. What they do very well is to maintain Brie’s beauty but completely de-sexualise her. Yes her costume is skin tight, but it's a military style uniform, just as worn by the male members too, and shows no skin. For the rest of the film she wears loose fitting jeans and tops.

Is this a statement from Disney after the Me Too movement, or was it reacting to feedback from other character complaints? I can’t answer that, but I can say whatever the reason it worked. As a man I wasn’t getting my eyes drawn to revealing clothes or unnecessary body shots. My eyes were entirely focused on Brie and her performance, one which completely won me over, made me care about her and excited about where her stories could take us. 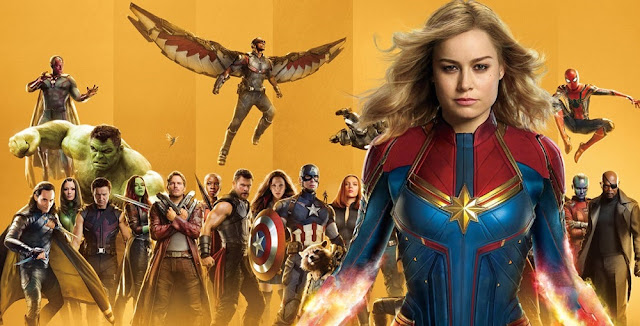 Samuel L. Jackson as Nick Fury was solid as ever. What is amazing about this outing is the de-aging CGI? We have seen de-aging in previous Marvel films but never to this extreme. I was already aware going into the movie that it would be set in the ’90s and that we'd see a younger Nick Fury, so I was watching very carefully. I would go as far as to say it was flawless. We have all seen the effects of dodgy CGI with moustache-gate in Justice League, so getting this right was vital for Marvel.

Set in the 90’s gave the movie an awesome back drop of nostalgia. If its not Blockbuster its the amazing soundtrack which is sparking your memory. A lot of the funniest moments also come from 90’s technology being used by and advanced alien race.

Unfortunately the care taken with Nick Fury wasn’t reciprocated with Agent Coulson. He was also subject to being de-aged, but didn't look anywhere near as sharp. I don't know whether that was due to either time or cost, but for some reason at times Phil just looked like a statue with no emotion.

The fight sequences were slightly disappointing. Very often set in interesting locations, like aboard a space ship, or on some random alien planet. Having seen long wide action shots from Marvel TV show Daredevil, we know Marvel has the skills to deliver in this department. One particularly bad example was a fight scene on a train between Captain Marvel and a Skrull. There was a cut between virtually every punch and kick thrown. The average movie goer won’t notice this, but with the internet making critics out of us all, movies can’t get away with this kind of stuff anymore. 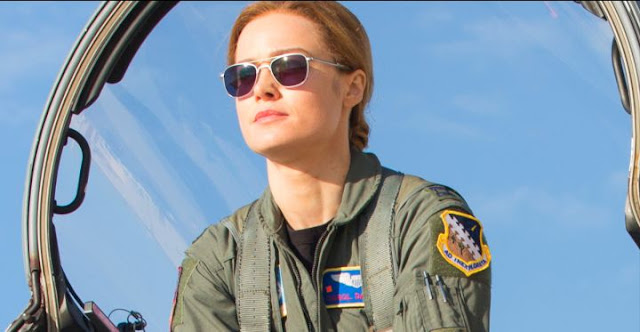 An enjoyable ride that feels like a cross between Guardians of the Galaxy and Thor Ragnarok. A great supporting cast led by two outstanding leads in Brie Larson and Samuel L Jackson. A clever introduction to the Marvel cinematic universe that sets us up for Avengers: Endgame nicely. If the soundtrack doesn't put a huge smile on your face, then I’m sure that Goose the cat definitely will!