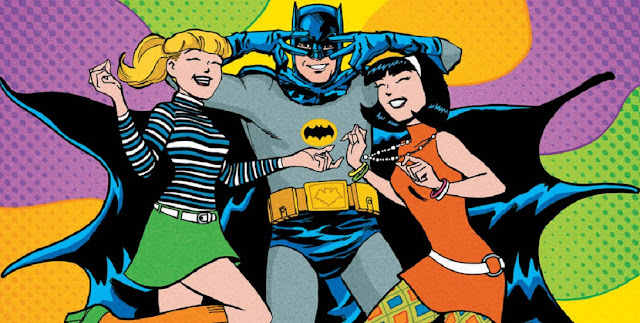 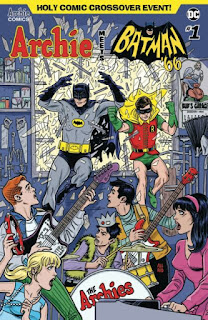 When I was offered the opportunity to write about this comic for Fantastic Universes, it was one I could not say no to.

I will admit firstly that I have never read an Archie comic before and, as such, have no knowledge of the character or the world of Riverdale.

Batman '66 however is a completely different story.

The series was, no... is, something that I have always loved. It has such charm, it's colourful and it is a whole lotta fun. Because of all this, it's also a show that lends itself very well to the comic book format. 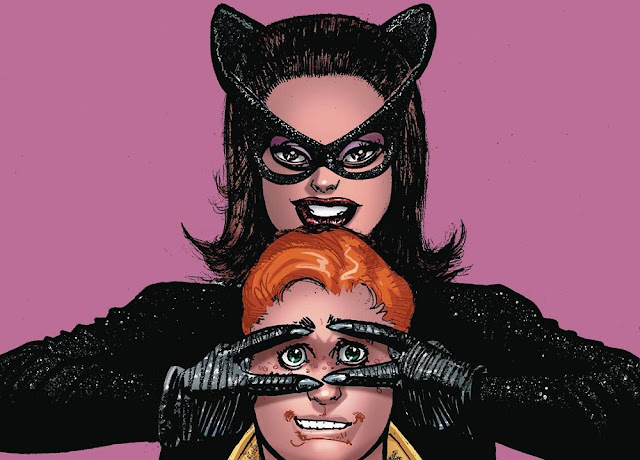 The Batman '66 comic book was a very welcome release a few years back and this series, along with the two recent animated features, Return of the Caped Crusaders and Batman vs Two-Face, prove that the show's legacy lives on.

This six-issue mini series does the same thing, although with a couple of omissions from the classic TV show, which is a shame.

After being beaten yet again by Gotham City's Dynamic Duo, a villainous trio decides that Gotham City may no longer be the city in which the ply their nefarious trade. Ultimately Batman meets Archie and his gang and joins forces with them to take on the dastardly villains. 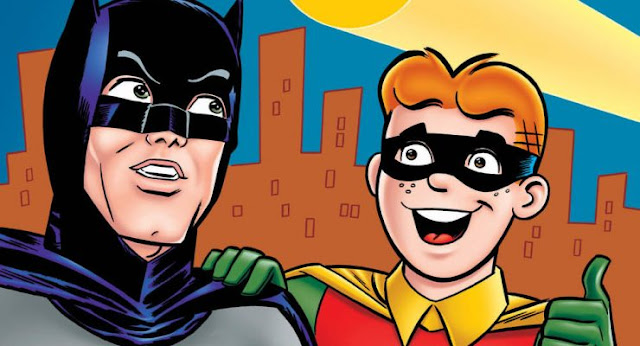 As I've already mentioned, I know nothing of the Archie comics series but I am confident in what I have read here, that the writers have done a great job to ensure that readers know they are reading an Archie story. I enjoyed the new characters, Jughead in particular, who was a fun guy to learn about.

The same can definitely be said about the Batman '66 parts of this story.  From the off we have a tribute to the opening scene of the series, albeit still far enough away from it to be different. Robin and his "Holy" moments are great, fit in with the story and, when you read them, in your head you can hear Burt Ward delivering the lines as only he could. 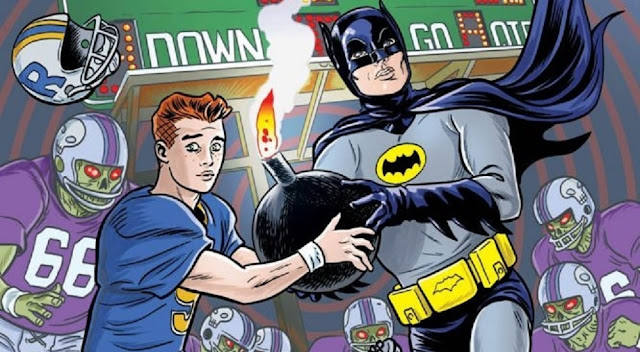 That isn't the only example of how you get sound from these pages, we also get Joker's laugh, Batgirl's theme and a wealth of onomatopoeia that jumps off the page during fight scenes. My only criticism here is that the same can't be said for some of Batman's dialogue. I really wanted to visualise and hear Adam West but aside from a couple of little bits, it wasn't there for me. Sadly that was the same for a couple of other characters too.

For the most part though, I thought that the series was very well written, with only a couple of things that I feel didn't fit with the Batman '66 portions of the story.

There was great detail in the art, which was perfect for the time that this story was set; vibrant, colourful and with nice lines throughout. 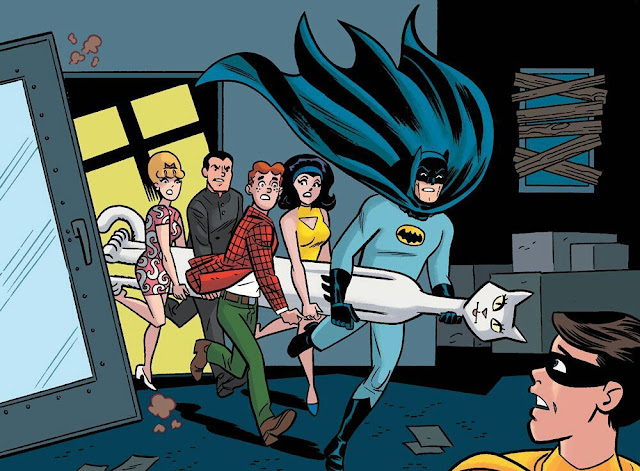 For those readers who are fans of the Batman series and Archie comics, I would recommend giving this a read. If you can't get hold of the single issues then the trade is out very soon, you should pick it up.

If you do decide to read it, then keep an eye out for the 'Bat-Signal' and one of the characters response to it being shone in Riverdale.