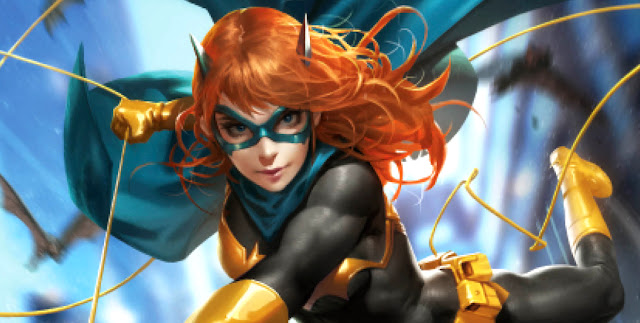 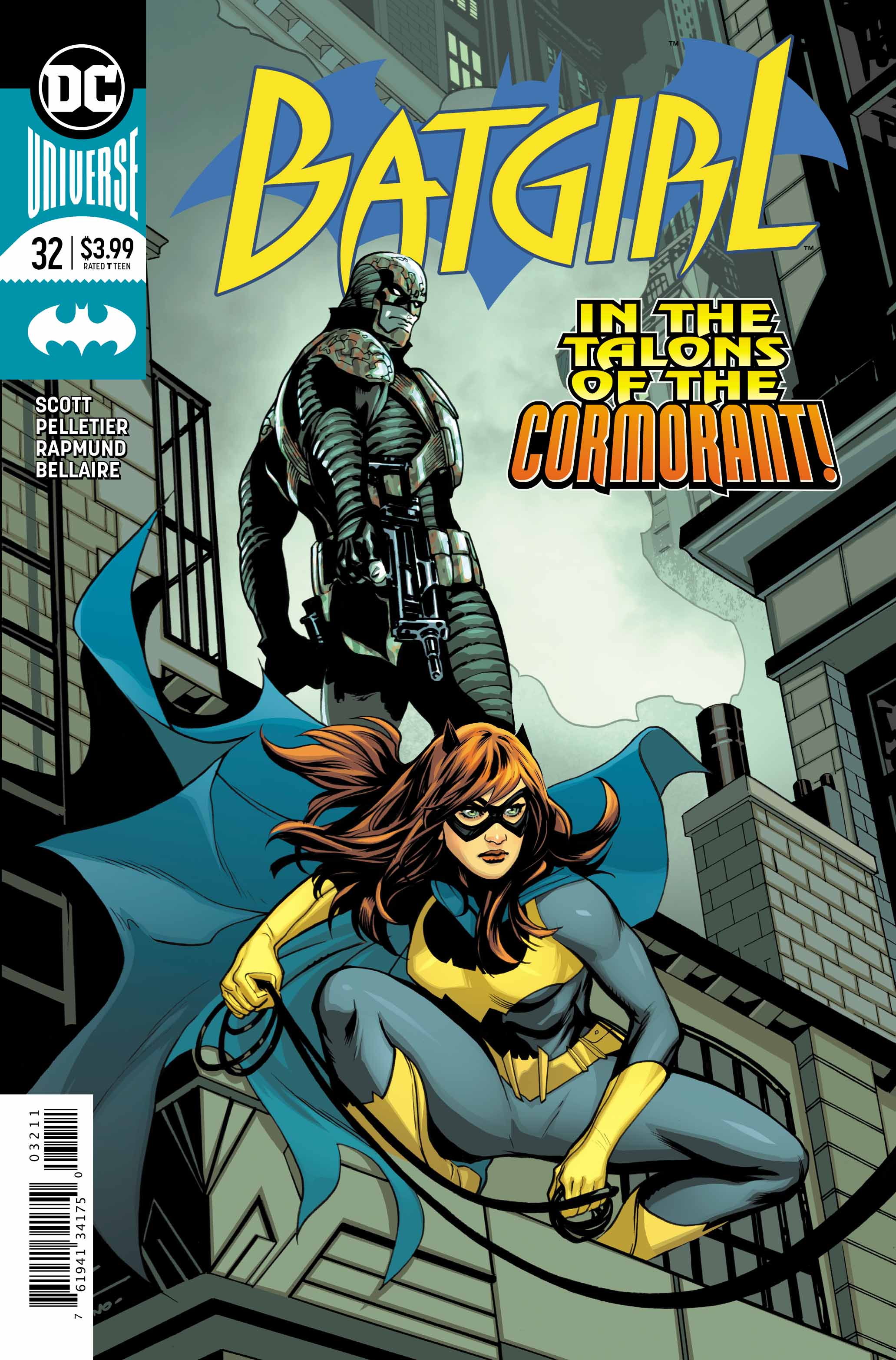 Hot off the heels of Batgirl #31 we have the explosive last instalment of “Old Enemies”. We’ve seen Batgirl in a whole bunch of scrapes lately, and trust me when I say things can only get worse before they get better. In Batgirl #32 we see it get worse for everyone involved in the recent Mayoral campaign.
Can Batgirl keep everyone safe while defeating the bad guy? Or will Cormorant get the drop on her and create havoc? You should definitely find out by picking up the climactic ending to this arc. 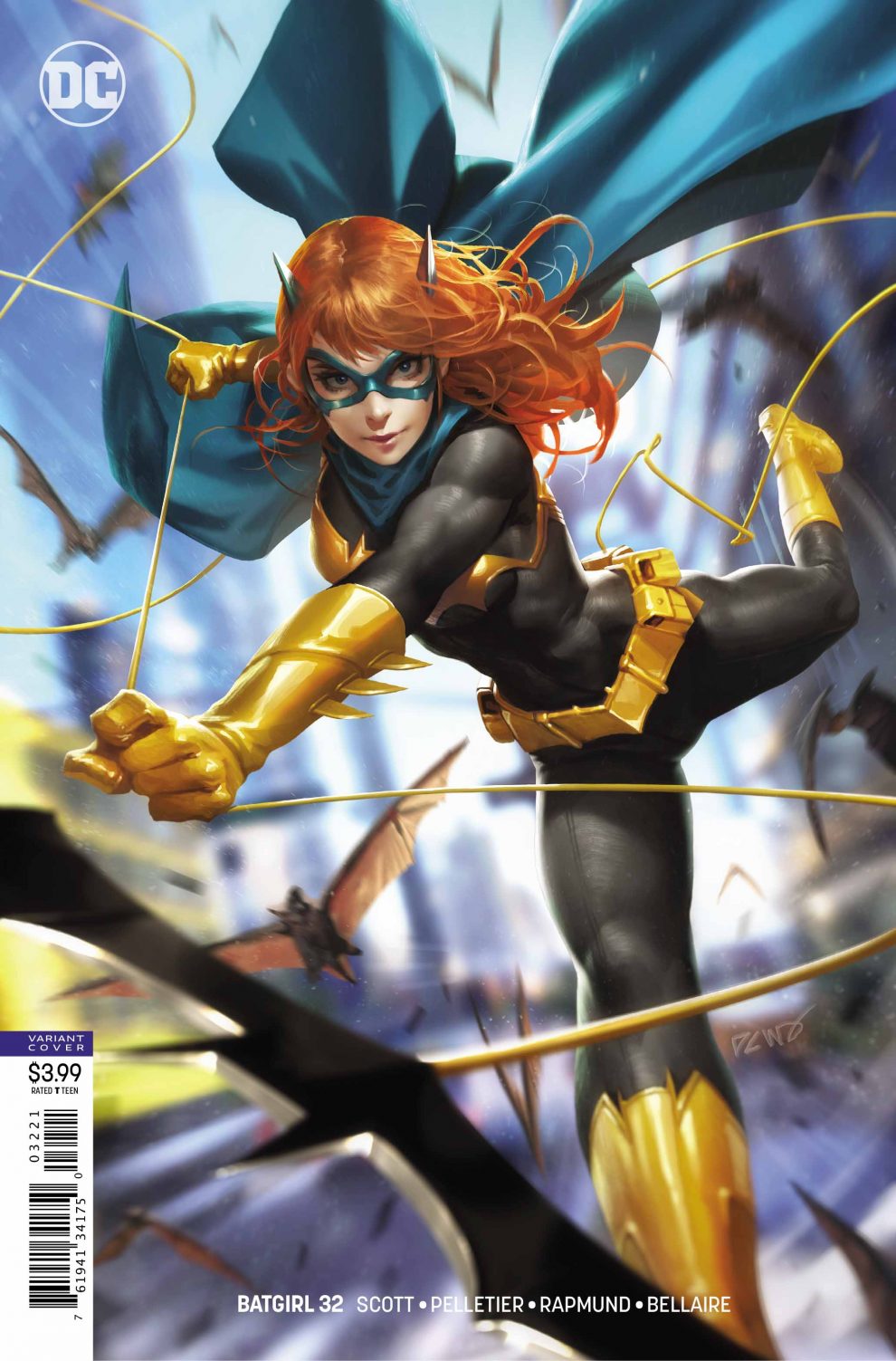 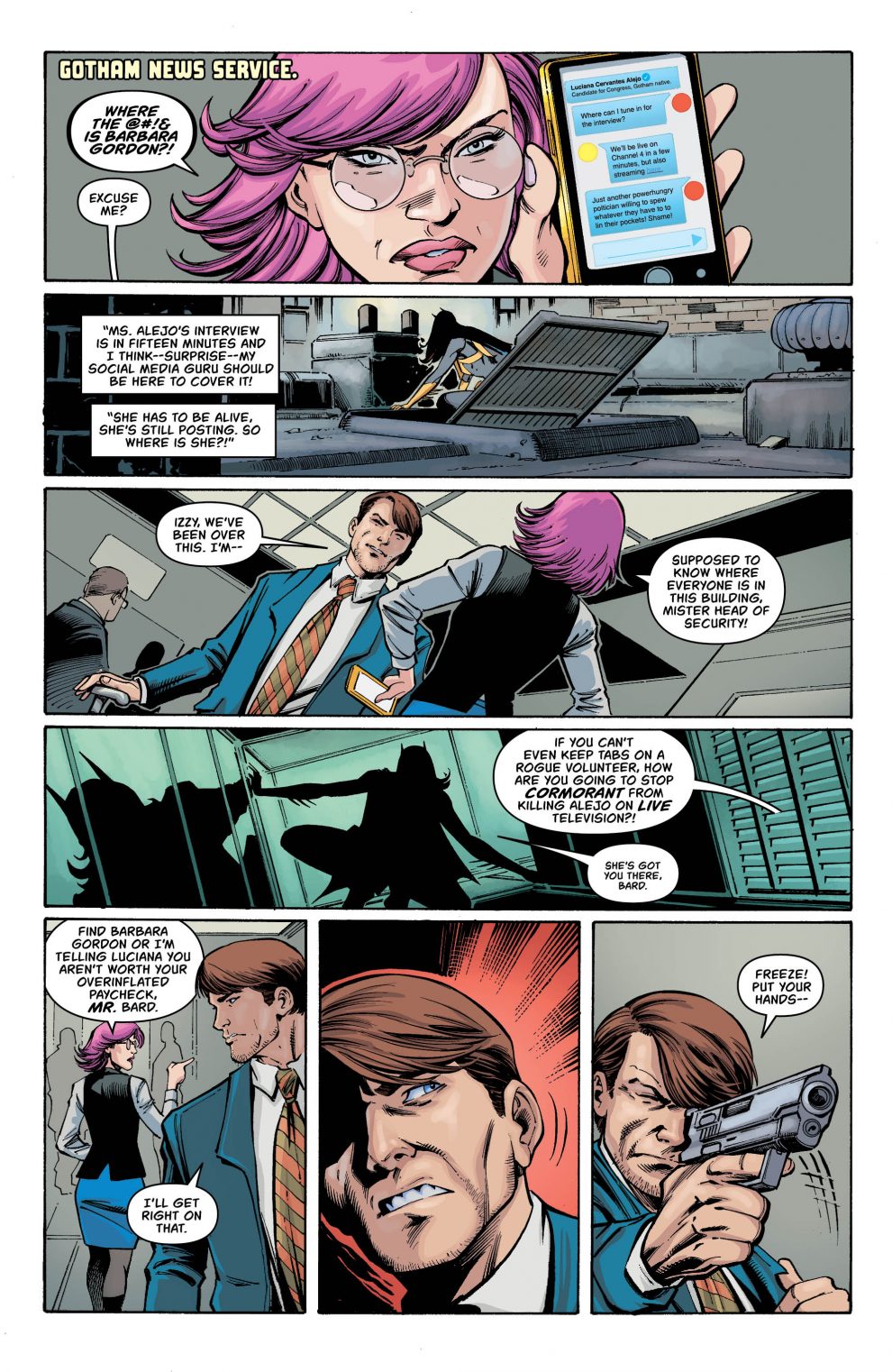 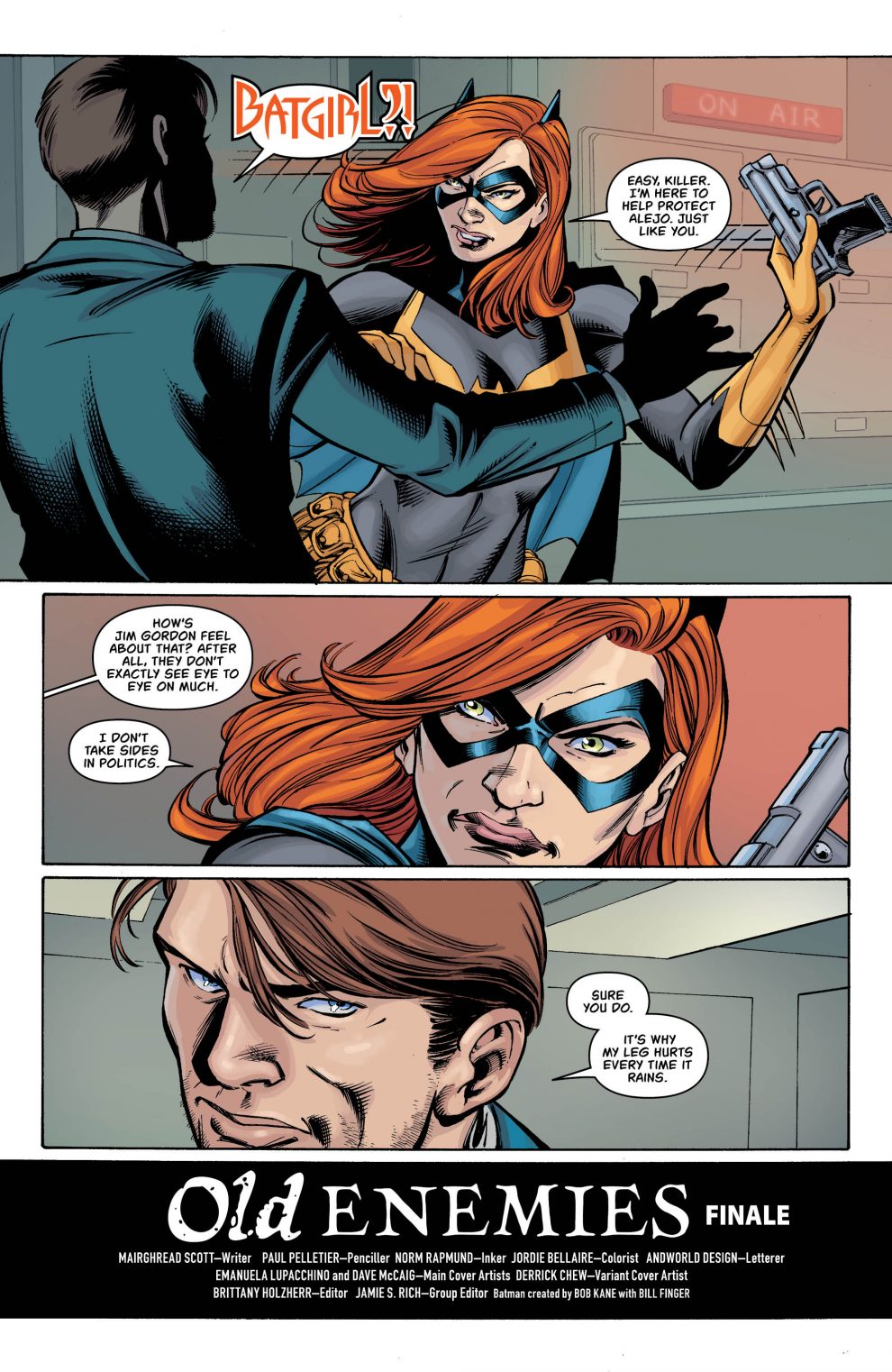 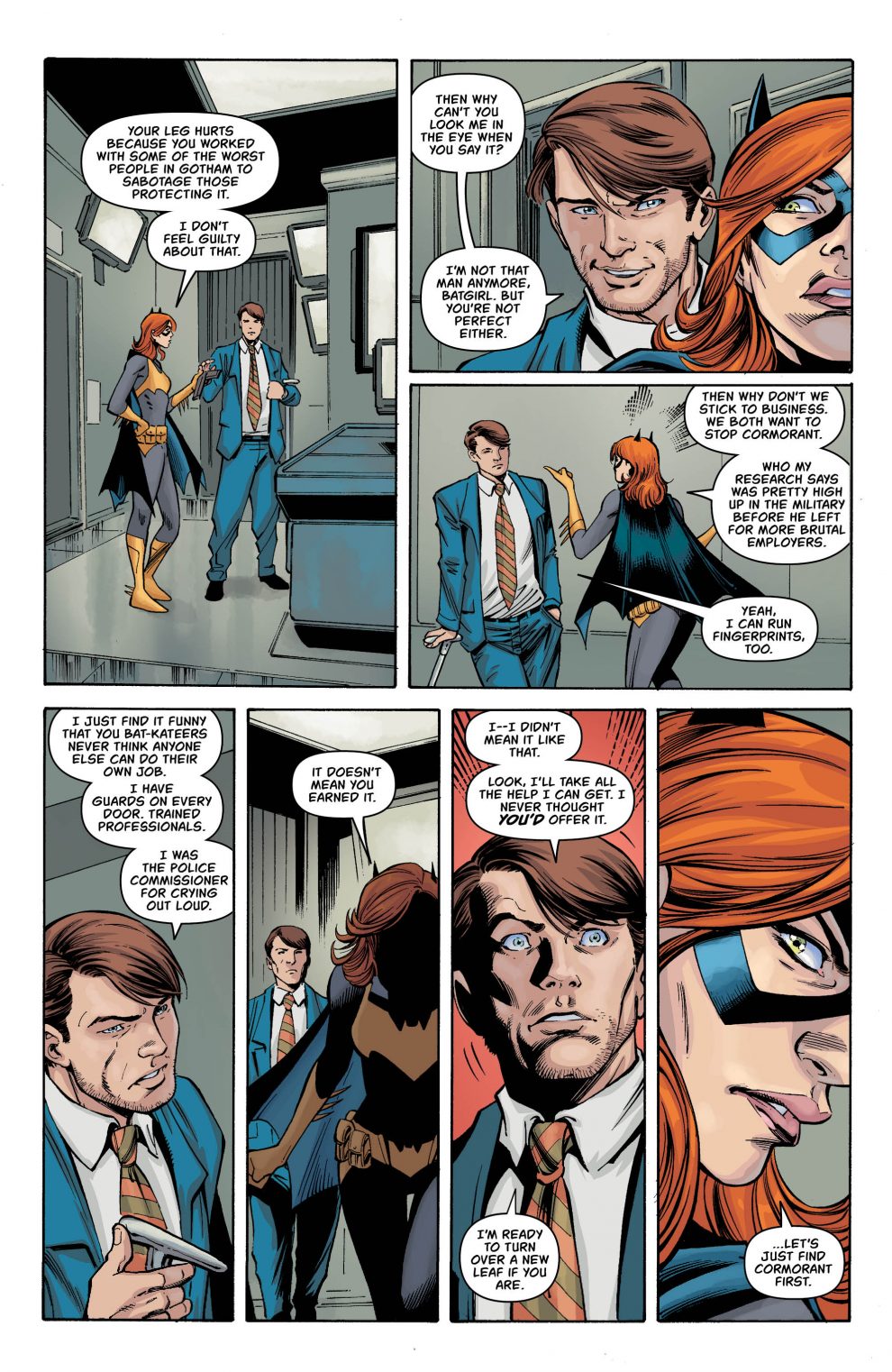 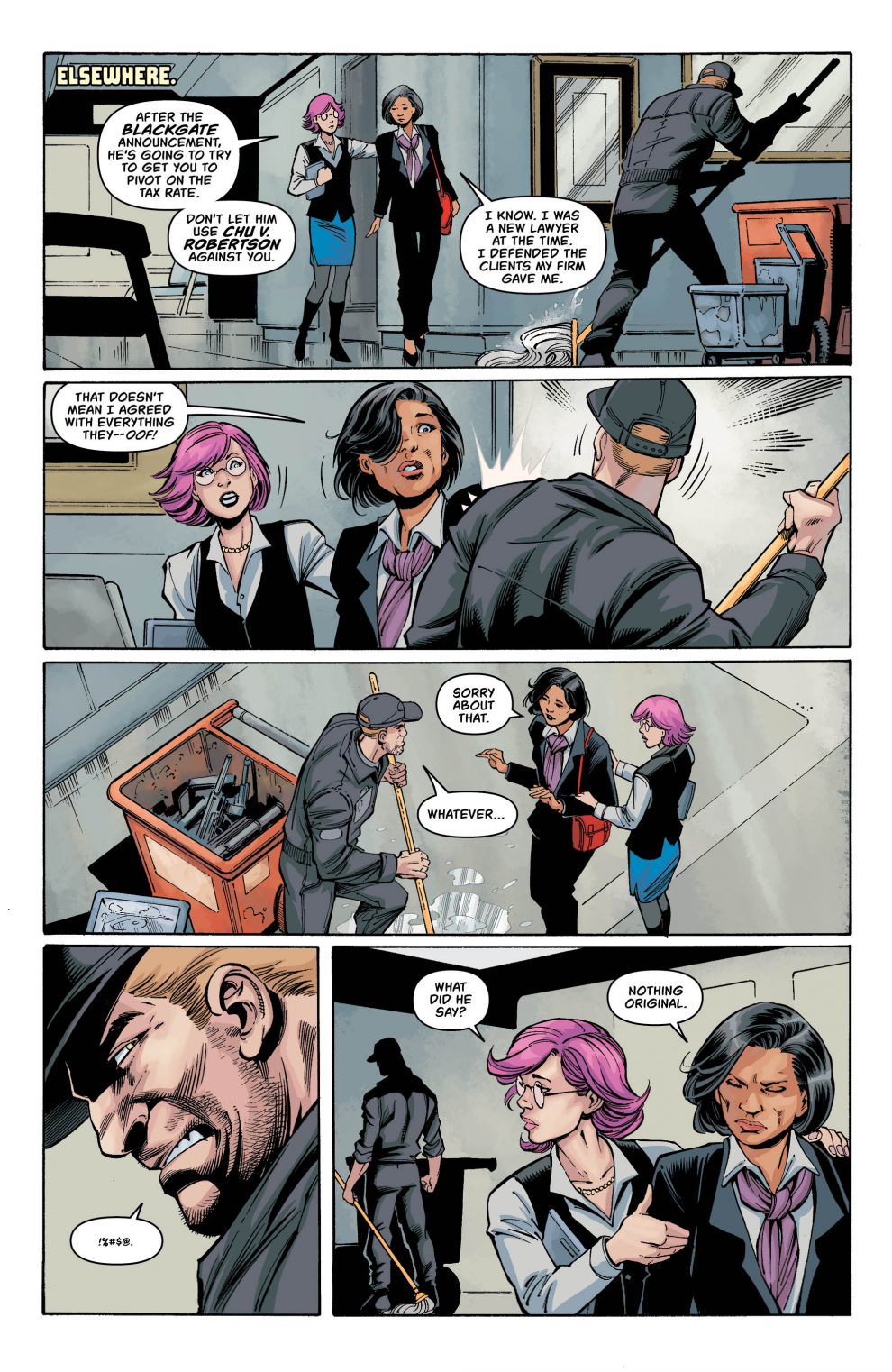 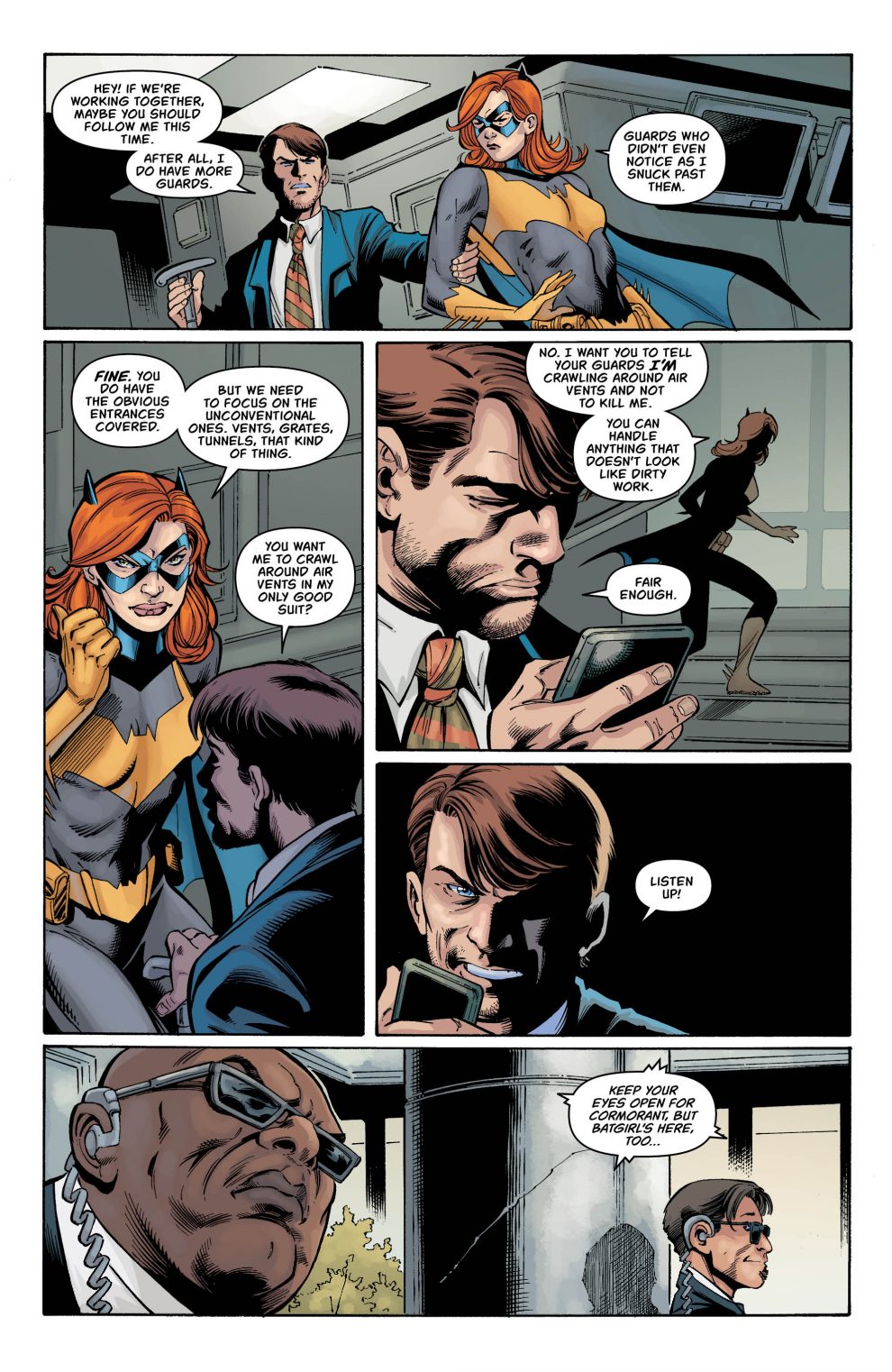 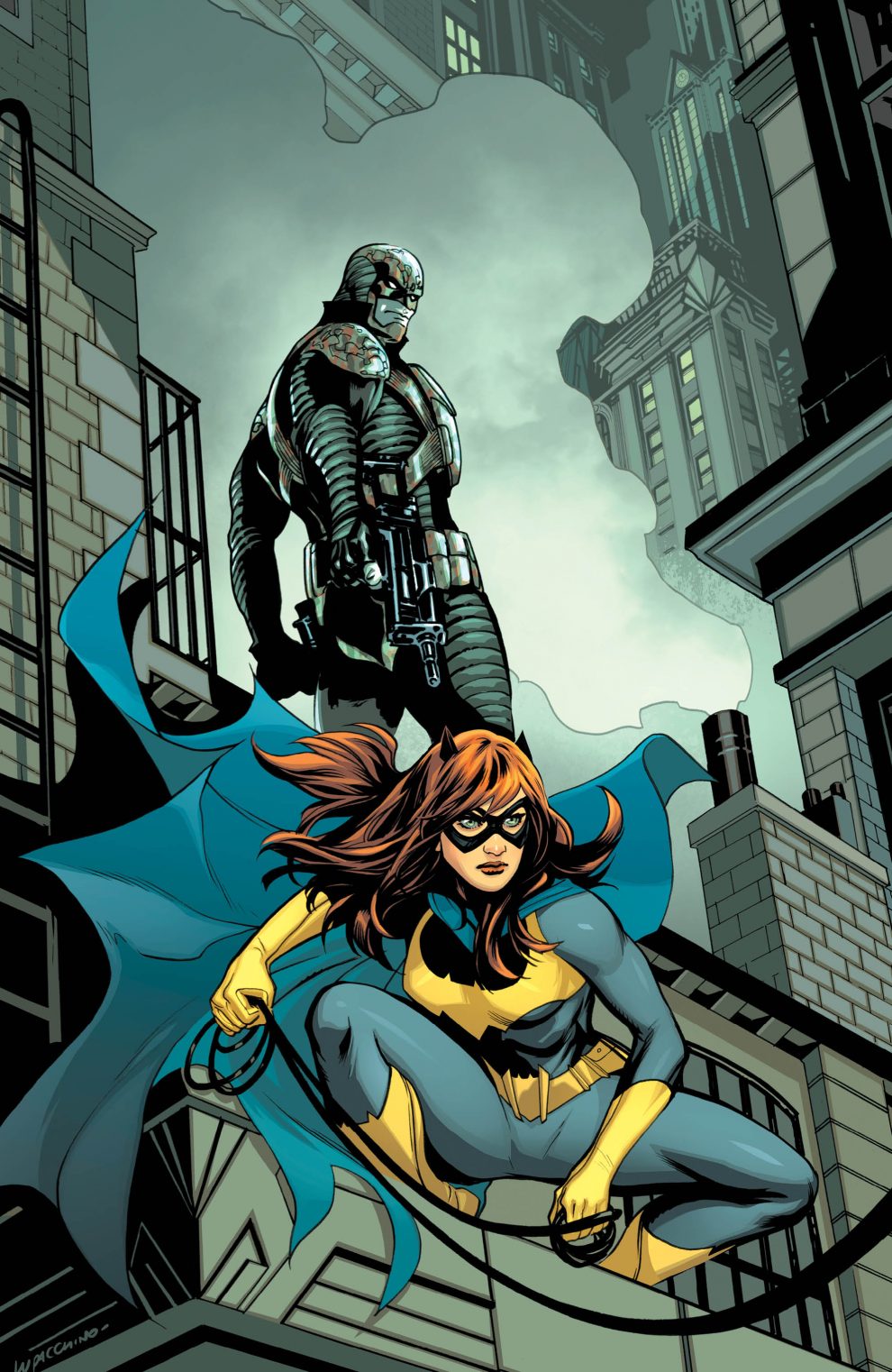 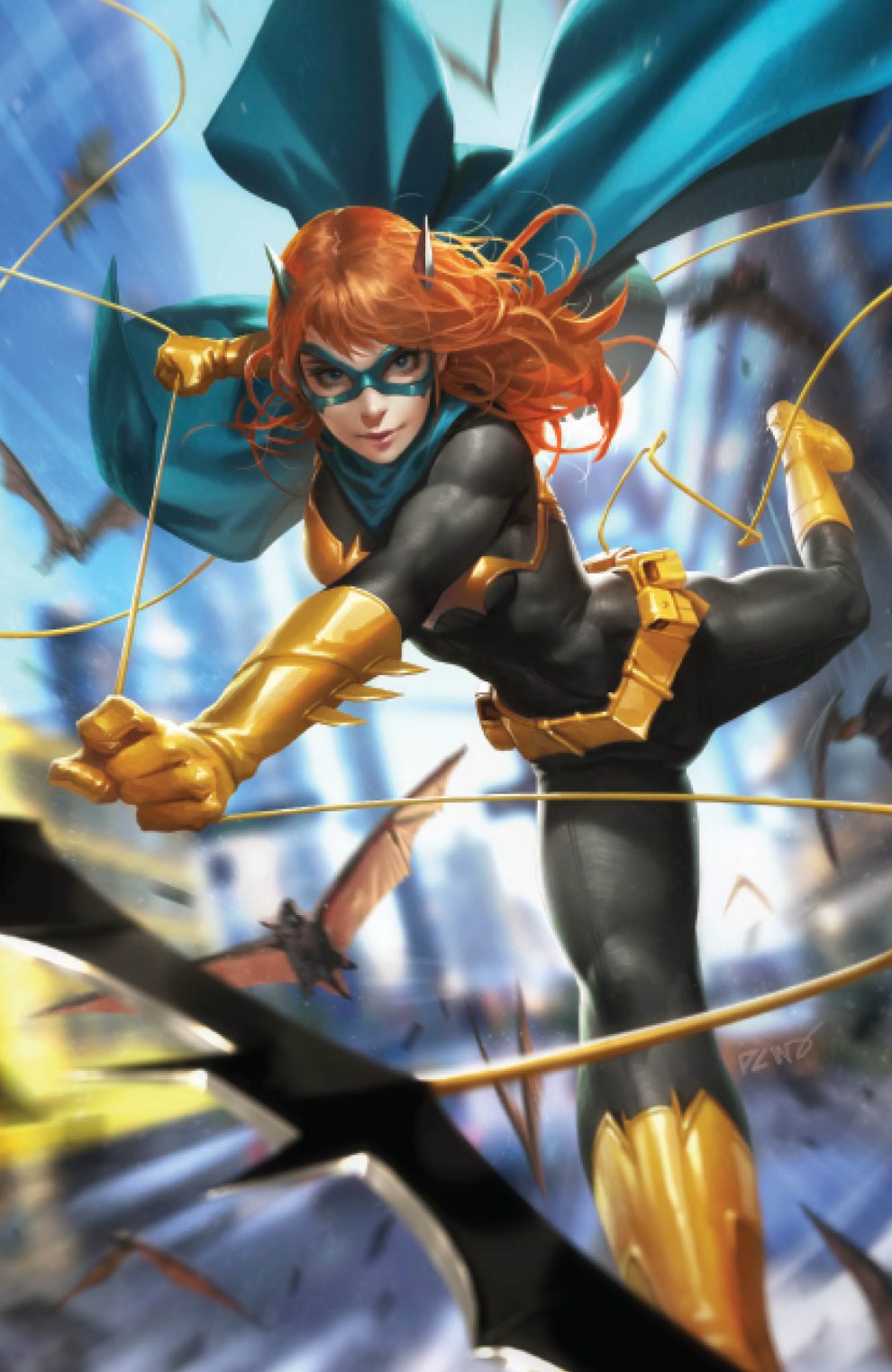 I’ve been saying since I took over reviewing Batgirl that Mairghread Scott was going to do some amazing things. I’m very glad to tell you I wasn’t wrong. Managing to fit so much emotion and plot into such a small amount of pages is outstanding, and Scott does it with not only style but greatness too. Seeing Batgirl go head to head with Cormorant in the last episode does nothing to dampen the excitement when we see it happen again. I thoroughly enjoyed reading the climactic ending to this arc, as I went through a roller-coaster of emotions. Most of it was gasping and sitting on the edge of my seat. Any writer who can do that, in my eyes, will always make me come back for more.
Honestly, I don’t think I need to tell anyone about the amazing artwork in this series. I always end up raving about the work that Paul Pelletier and Norm Rapmund provide, and for good reason. All you’d need to do is open this comic to any page to find out why. The stunning way the panels are drawn truly adds so much to the already great writing of Scott. The use of shadows and lighting in this comic I find particularly beautiful.

A fantastic ending to a very interesting storyline. Although I was a bit worried at the start of this arc, I came round and found myself really loving it. I was not expecting to end up where we did and I can’t wait to see what Batgirl is going to end up doing next. Being such a strong character you can do a lot with Barbara, and I have a feeling we see some harsh times ahead.
I am itching to get my hands on the next issue to see what happens with our fateful heroine. For now, I might need some time to recover from what just happened.