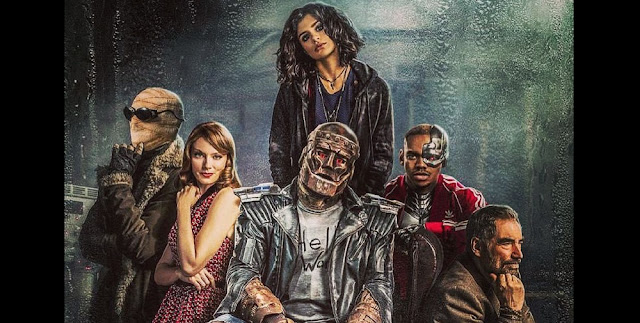 Review by Steve J. Ray
In this week’s episode: The power of The Beatles, hot sauce, Simon & Garfunkel in a French accent (blue style, and a little bit pony) plus; what exactly happens to letters that never get sent? Yes, the whacky’s back, and this episode is pure magic… literally.

Time To Pick Up A Good Book
This episode of Doom Patrol has a completely different feel to the first three. Not better, not worse... different. The attention to detail and respect for the comics is as high in this chapter as it is in any comic-book adaptation I’ve ever seen. The Cult Of The Unwritten Book, and all it’s various members, are beautifully brought to life. If you haven’t read the comics, don’t worry; in fact, I’m actually quite jealous. Writers Marcus Dalzine and Chris Dingess, along with director Stefan Pleszczynski, have done an amazing job of updating and enhancing all these wonderful characters for TV.
I must applaud fellow Brit Mark Sheppard, too. This man is one of my favourite actors and, like Alan (Mr. Nobody) Tudyk, is a veritable Greek Geek God. Sheppard has appeared in almost every franchise imaginable: X-Files, Star Trek: Voyager, Battlestar Galactica, Firefly, Doctor Who, and of course, as the King Of Hell, Crowley, in Supernatural. This fella’s the real deal. 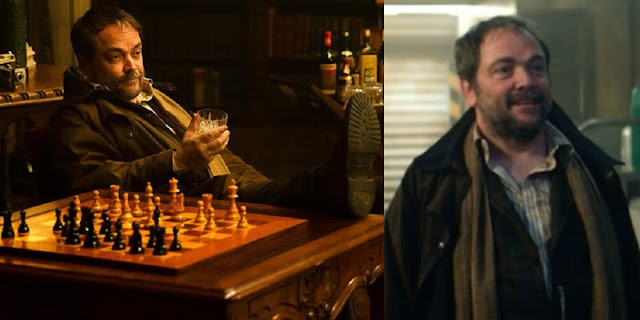 It’s Not Just The Sauce That’s Hot
Willoughby Kipling was created specifically for Doom Patrol by writer Grant Morrison. Back in the day the original intent was for John Constantine to battle the Cult, in the Doom Patrol comics series. These days we all know and see Constantine across the entire DC Universe, both in comics and on-screen. Back then, though, the editors of Vertigo Comics (DC’s mature readers imprint where Constantine made his home), wanted to keep their worlds separate from the rest of DC Comics continuity. Thus, Willoughby Kipling was born.
Yes, there are very many similarities between the two characters, but their backgrounds are quite different. You’ll find this out for yourselves in this wonderful episode.
Mark Sheppard is also very, very different to Matt (Constantine Ryan). Not better, not worse… different. After just one episode I am completely in love with Sheppard’s irreverent, ballsy, and rough around the edges character. I’m not spoiling anything by saying that this isn’t the last we’ll see of him either.

Keep an Eye out. 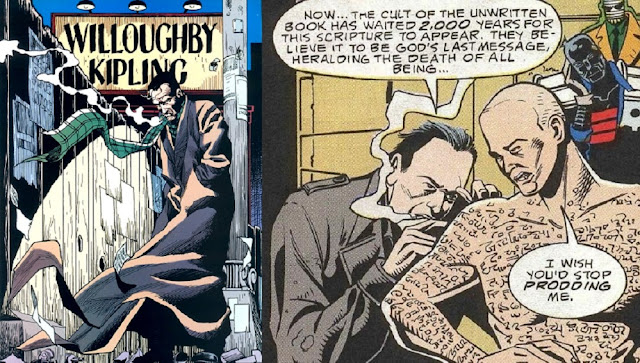 Team Players
The entire Doom Patrol team also grows in leaps and bounds this week. We learn a lot more about Rebis, the energy being who lives within Larry Trainor, and it's not too much of a stretch to say that Rita Farr finally starts to live up to her name. Cliff and Jane also reach a turning point in both how they see other, and themselves. We finally get to see our first glimpse of Kay Challis, too.
The writing team really has done an outstanding job of getting to the heart of these characters, while still delivering an hour of action, thrills, magic, suspense and silliness. That’s where the difference I mentioned earlier comes in. Yes, this episode delivers as much mind-bending lunacy as its predecessors, but a lot more action. We get to really see the Patrol start to coalesce into a fighting force, and a team. Four episodes in, that’s a fantastic sign. 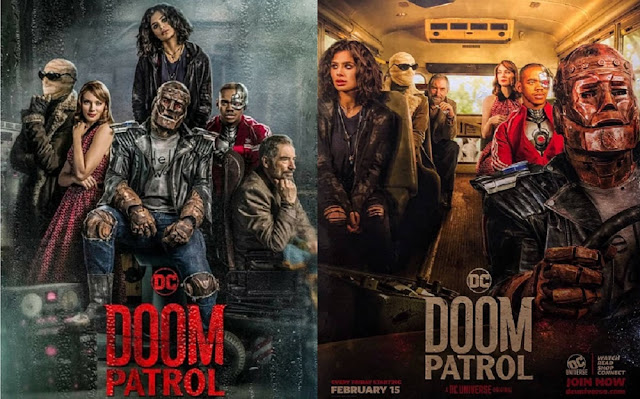 Conclusion
This week’s episode completely delivers everything that I love about Doom Patrol, but the stakes have been raised. We’re finally seeing the kind of threats on TV that fans of the comics have enjoyed, and come to expect, for decades. Oracles, mystical realms, killer nuns, undead assassins… it’s all here.

This show is unlike any other series on television.

Not better, not worse… different.