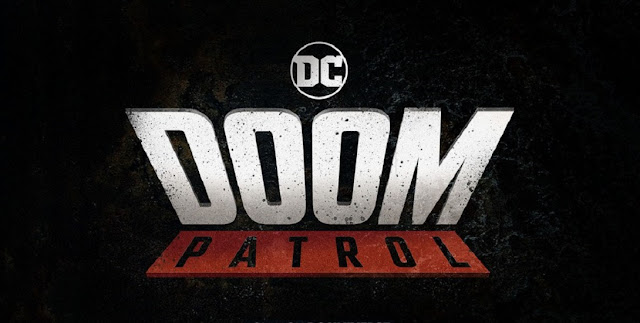 The 11 stellar episodes of Titans set the bar on the DC Universe streaming service incredibly high. This means that any new series premiering on the online network has a very tough act to follow. The clever part is that this new show won't be coming in from the cold to an unprepared audience, like its predecessor.

Episode 4 of Titans wasn’t just a great look into the background of Beast Boy, it also served almost as a back door pilot of sorts for Doom Patrol. DC had already primed viewers for the weird and whacky world of this extremely unusual band of heroes. 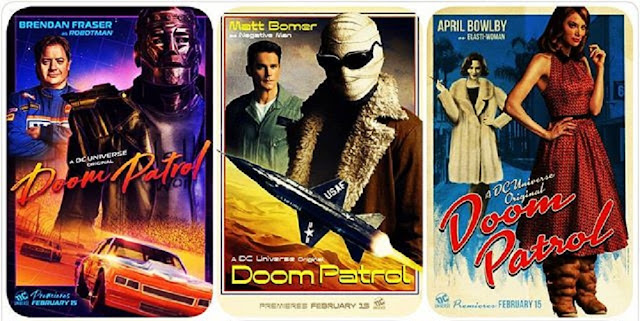 Titans shocked many with its adult themes, and the strong language used by its characters. Yes, this was a comic-book inspired tale, but it definitely wasn’t aimed at children. From Doom Patrol's opening titles it’s clear that this show will follow suit… and then some.
If fans of Titans episode 4 thought they knew what they’d be getting from this show by watching the team’s introduction, they’d be right… apart from the fact that they’d also be completely and utterly wrong. “Doom Patrol” is everything we saw on Titans, but turned up to 11.
This series boasts Jeremy Carver as executive producer, and as writer on this pilot episode. His presence alone has set any fears I had to rest, and made me very happy. To those who may not recognise his name, Mr. Carver is the man behind the American version of Being Human and a little show called Supernatural, a global phenomenon that has been running for about three hundred years. If any show exemplifies scary, funny, action then Supernatural is that show. Doom Patrol is a little like that too… but ‘R’ rated.

Secret Origins
Negative Man, Elasti-Woman, The Chief and Robotman are back, and some of the seeds sown in their first appearance have now come to full bloom. In this pilot we meet a man with a secret, a shallow actress and the man with a guilty conscience.

I’ve always liked flawed heroes, as opposed to paragons of perfection and virtue, but this team’s shortcomings are profound. When we first meet them, with the exception of Negative Man, they’re quite hard to like. What makes Negative Man different from his counterparts, who start off monstrous inside as well as out, is that, while he sees himself as a monster, nothing could be further from the truth.
Rita Farr/Elasti-Woman (April Bowlby), is as deep as a puddle. She is self obsessed and totally fixated on outward appearance; both her own, and that of those around her. Her power is both a cruel lesson in humility, and tragically ironic.
Cliff Steele/Robotman (Brendan Fraser), is the man who has everything, but doesn’t appreciate it. He doesn’t become a real man until he has nothing… and is no longer truly a man at all.
Larry Trainor/Negative Man (Matt Bomer), is only guilty of hiding a secret. In many ways he’s a man who started out as a hero, but hid his true self from those around him. He was a man who was beautiful on the outside, but was living in a time where society mistakenly made him feel monstrous on the inside. All of this is incredibly poignant in the world of today, where he can display his inner-self, but can no longer show his physical countenance. 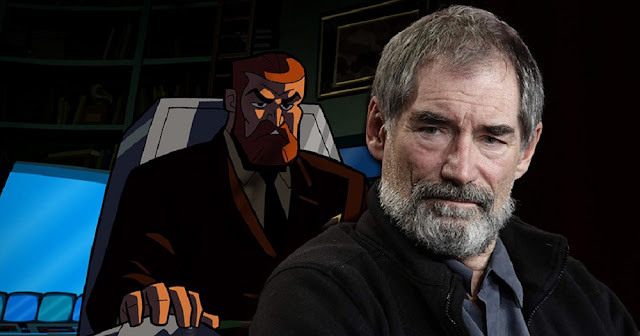 New Faces
While we met Niles “The Chief” Caulder in Titans, DC Universe have since recast the character. Rather than the quirky Bruno Bichir, we now have British national treasure, Timothy Dalton, leading the team of metahuman misfits. While I enjoyed Bichir’s performance I have to say that Dalton has made the role his own. He has all the gravitas, authority and vulnerability of the Niles Caulder I read about in the comics. In terms of selling the show, his casting delivers real star quality. Remember that this guy played the ruler of the Time-Lords in Doctor Who, hunted vampires in Penny Dreadful, fought alongside Flash Gordon on the big screen, and is arguably the most underrated James Bond of them all.
Dalton is a real star, as is the actor playing the series’ Big Bad, Alan Tudyk. This man is one of my heroes and one of the finest character actors on the planet, in my humble opinion. I hate giving away spoilers, and being spoiled, so if you want to know who his character is, you’ll find out before episode 1 is over. All you need to know is that he’s not all there, and unless you’re a real thoroughbred comics fan, the character is Nobody you’d ever have heard of.
There’s a third (or 67th) new face in this episode too; Kay Challis, or Crazy Jane (Diane Guerrero). Let’s just say that she’s not herself in this episode, and even less so in the next one. 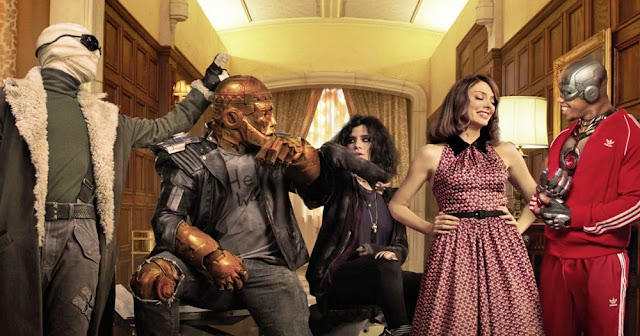 Conclusion
This is the kind of TV show that will improve the more you watch it. I’ve seen it twice now, and am happier for doing so. It’s funny, scary, horrifying, clever, irreverent and totally bonkers. This isn’t your typical superhero show by any stretch of the imagination. In fact, calling it such would be doing Doom Patrol a great disservice. This episode alone is an essay on the human condition, a dissertation on sanity, a black comedy and a sci-fi/horror/comic-book hybrid, all in one.
A wise man once said:

Critics. What do they know? They’ll hate this show!

I beg to differ.
If a green lock needs a green key, and a steel lock needs a steel key, come back next week to find out what kind of key a don lock needs. You’ll feel like a total ass if you don’t.