This show is barking mad... and I love it. We left last week's episode on a cliffhanger, with the Decreator - a huge disembodied eyeball - high in the sky, disintegrating everything that met its gaze. Had our band of misfits failed, was Cloverton and the world doomed? Again? 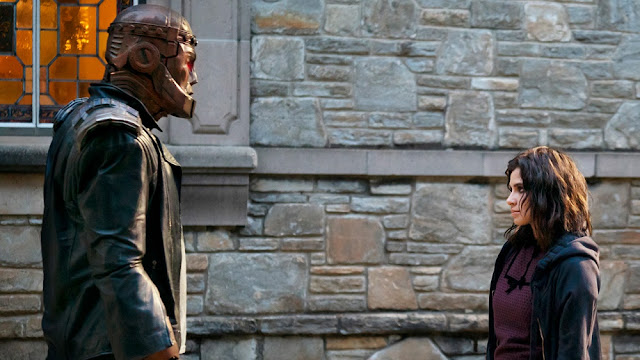 With Jane and Cliff stranded in a magical realm inside a snow-globe (yes, you read that right) Larry, Cyborg, Rita and Kipling (guest star, Mark Sheppard) are left in a world that is slowly being, well... de-created.

Arch villain Mr. Nobody still has the Chief in his clutches, but how can his plans for world domination succeed, if there's no world left to dominate? Can this evil, bonkers, jigsaw-puzzle of a man put his differences with Niles and his menagerie aside?

The results are hilarious, and need to be seen to be believed. 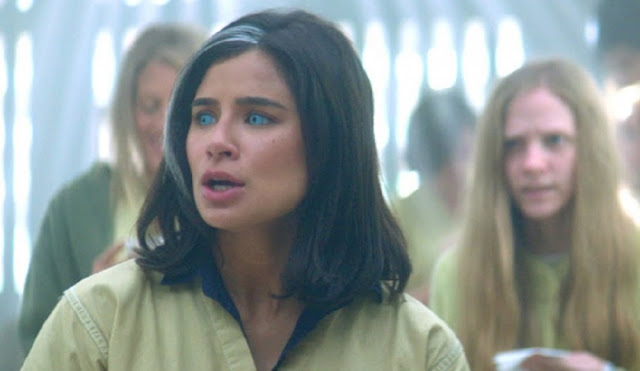 Is There A Doctor In The House?

This show is incredibly well written. The action revolves around different sets of characters but tells one cohesive, if incredibly surreal, story. We have Jane and Cliff in one corner, Rita and the rest of the team in Cloverton, and Niles making all his nowhere plans with Nobody (John and Paul, I love you).

Yet still, writer Shoshana Sachi manages to introduce yet another one of Crazy Jane's personalities, further expanding her background and history in the process. We even see Jane, Hammerhead, Penny Farthing and learn more about Kay Challis, the young lady whose body they all take turns inhabiting, too. The new personality we meet this week is the powerfully persuasive Doctor Harrison. This lady talks, and everybody listens.

My admiration for Diane Guerrero grows week by week, episode by episode. She is an incredibly talented actress.

The Whole World's Gone To The Dogs

Performances, writing and direction are all outstanding this week. We get tons of character from every main star and guest. Ezra Buzzington's psychotic psychiatric team ooze evil, and add an extra level of danger to the show.

The solution to the problem of the Decreator is masterfully handled and clearly teaches us all how this world could be a better place, if we just all took the time to try and see eye to eye.

Last week focused a lot on the magic of music, this week shows us the power of a good book. As always, we must never judge them by their cover, and look after them; whether they're in mint condition, or even if they're a little ruff around the edges. 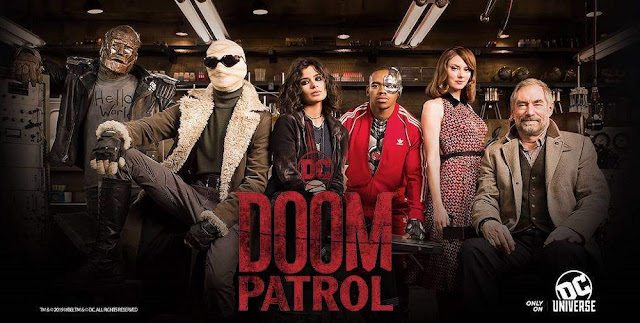 Five weeks in and this show is still rocking and rolling. April Bowlby's Rita is growing as a character and finding strength in helping others. Within a few episodes we've seen a real turnaround from the shallow and self centred character we first met. Larry's relationship with Rebis, the entity inside him, is also slowly developing.

I love Doom Patrol, but not just because it's whacky, far out and fresh. Every episode provides entertainment, sure, but we get character, soul and heart at the same time. This wonderful nonsense has as much personality, depth and complexity as Crazy Jane herself.

The nuttiness is an added bonus.