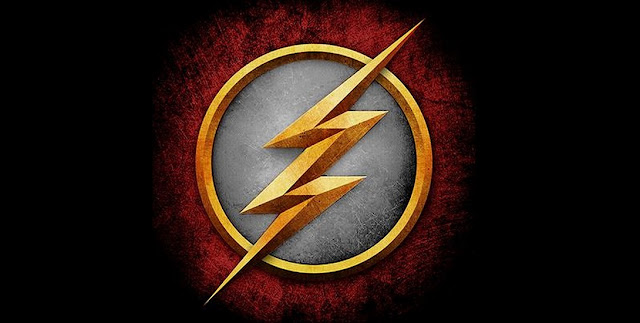 “King Shark vs. Gorilla Grodd”
Director: Stefan Pleszczynski
Writers: Eric Wallace & Lauren Certo
Starring: Grant Gustin, Candice Patton, Jessica Parker Kennedy, Danielle Panabaker, Jesse L. Martin, Tom Cavanagh, Carlos Valdes, Danielle Nicolet, Audrey Marie Anderson, Dan Payne and Zibby Allen with David Sobolov and David Hayter as the voices of Gorilla Grodd and King Shark
Review by Steve J. Ray
With a title like “King Shark vs. Gorilla Grodd” we pretty much knew what we’d be getting in this week’s episode of The Flash. With the metahuman cure complete, all that Barry and the team needed was a volunteer to try it out on. Tracking down marine biologist Tanya Lamden, and Earth 2’s Shay Lamden, could be the only way forward. Shay had been transformed into the fearsome King Shark, so could be the prefect guinea pig… shark… test subject.
You know what I mean. 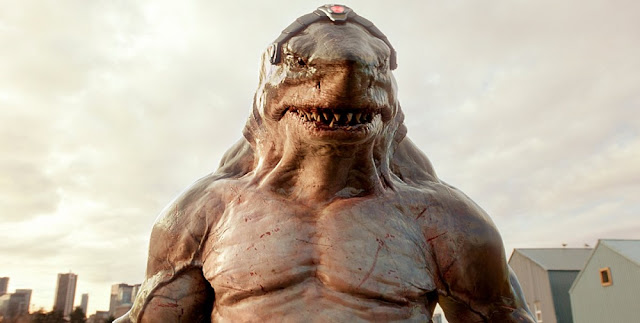 To Cure, Or Not To Cure

Barry Allen really crosses over into a very grey moral area in this episode. Is it right to “Cure” someone against their will, even if it’s for the common good? While there is no doubt that King Shark is a danger to all around him, is taking away his choice the correct way forward? Has Barry’s fear of Cicada, and desire to end his menace, corrupted him? Both as a hero and as a human being?
This is a really tough question. Both Cicada and King Shark have hurt or killed countless innocents, but is that a valid reason to inject them with a kill or cure serum, against their will? I know that if a metahuman murderer had attempted to kill my wife, I’d probably go to any extreme to stop them, but wouldn’t that make me just as bad as them? 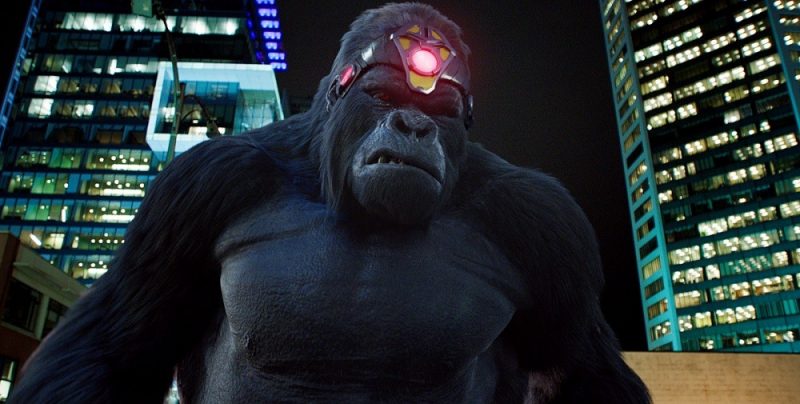 On A Mission From Grodd

Grodd’s part in the ongoing drama is essential. It would’ve been very easy to make this episode a monster vs. monster slug fest for the ages, but the Flash writers have instead constructed a wonderful, heartfelt character piece instead. Don’t get me wrong, the ensuing battle between the two behemoths is a sight to behold, but there’s a lot more to it than gratuitous violence for violence’s sake.
Cisco, Caitlin and Barry come into conflict with each other on a moral standpoint, and this battle of the spirit is every bit as engaging as the fight between the monsters. The struggle between fighting one’s conscience and doing the right thing also leads to a momentous act of heroism and self sacrifice from possibly the last character we would ever expect it from. 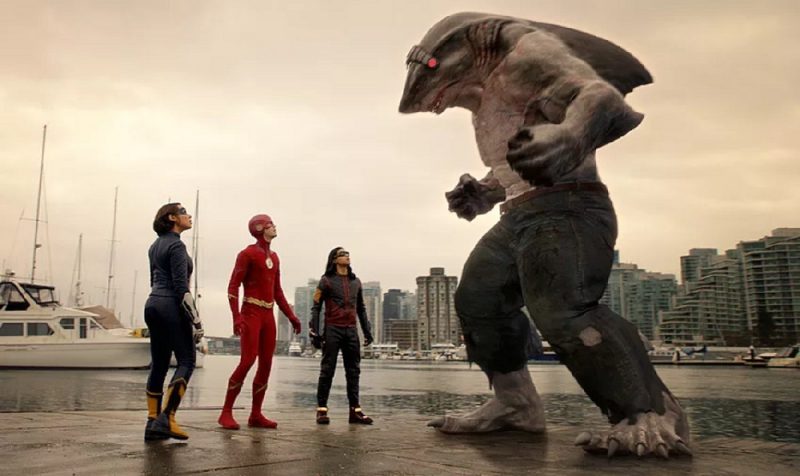 Whilst the CGI was good on the whole, there are moments in the episode which end up looking cartoonish. What saves it, though, are the stellar performances by the cast, and the truly brilliant guest stars.
It’s always great when one of the characters from Arrow, Legends or Supergirl turns up on The Flash, and this week’s appearance by Lyla, played by the talented Audrey Marie Anderson, was both welcome and necessary to the plot.
It was also absolutely fantastic seeing Jesse L. Martin back as Joe West. The sub-plot involving Iris and her father coming to terms with Cicada’s attack (and the timeline shenanigans from “Cause And XS”) was great. I’m so glad that Jesse’s back injury is on the mend, and that he’s returned to the show. 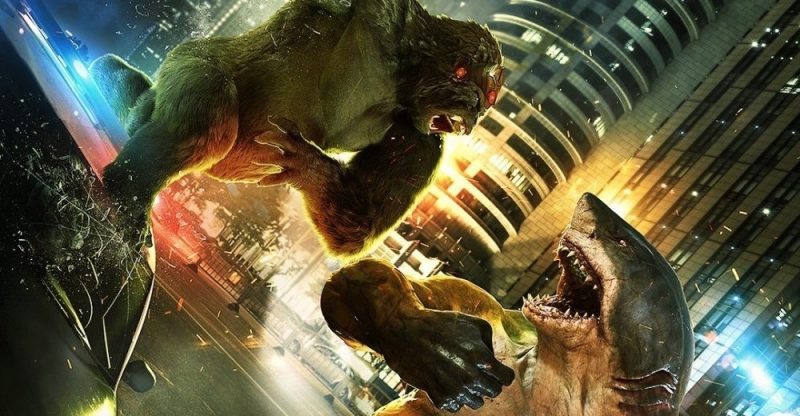 All You Need Is Love

Dodgy special effects aside, “King Shark vs. Gorilla Grodd” was a really great episode. Tom Cavanagh once again showed that Sherloque is far more than just a know-it-all detective, and the themes of family and love conquering all were very well handled. Guest stars Zibby Allen (no relation to Barry) and Dan Payne were also wonderful as the inter-dimensionally challenged star-crossed lovers. This is a fish-tale to rival The Shape Of Water.
With lessons learned, love conquering all and a stunning example of self sacrifice, the future seems to be clear. With the sad news of Arrow ending after a ten episode mini-season at the end of 2019, one cannot help but feel that the theme of putting others ahead of oneself will be one that continues to recur across the Arrowverse. We still don’t know what deal Oliver made with The Monitor in “Elseworlds” to save Flash and Supergirl, but with Arrow ending soon, the answer may be a lot clearer than we thought… or wanted.
Next week’s episode is entitled “Failure Is An Orphan” and sounds intriguing. See you all next week, Flash fans.