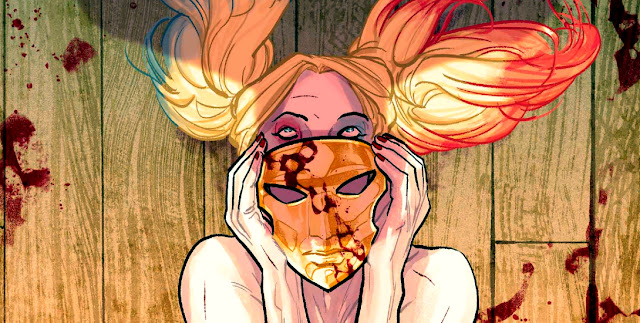 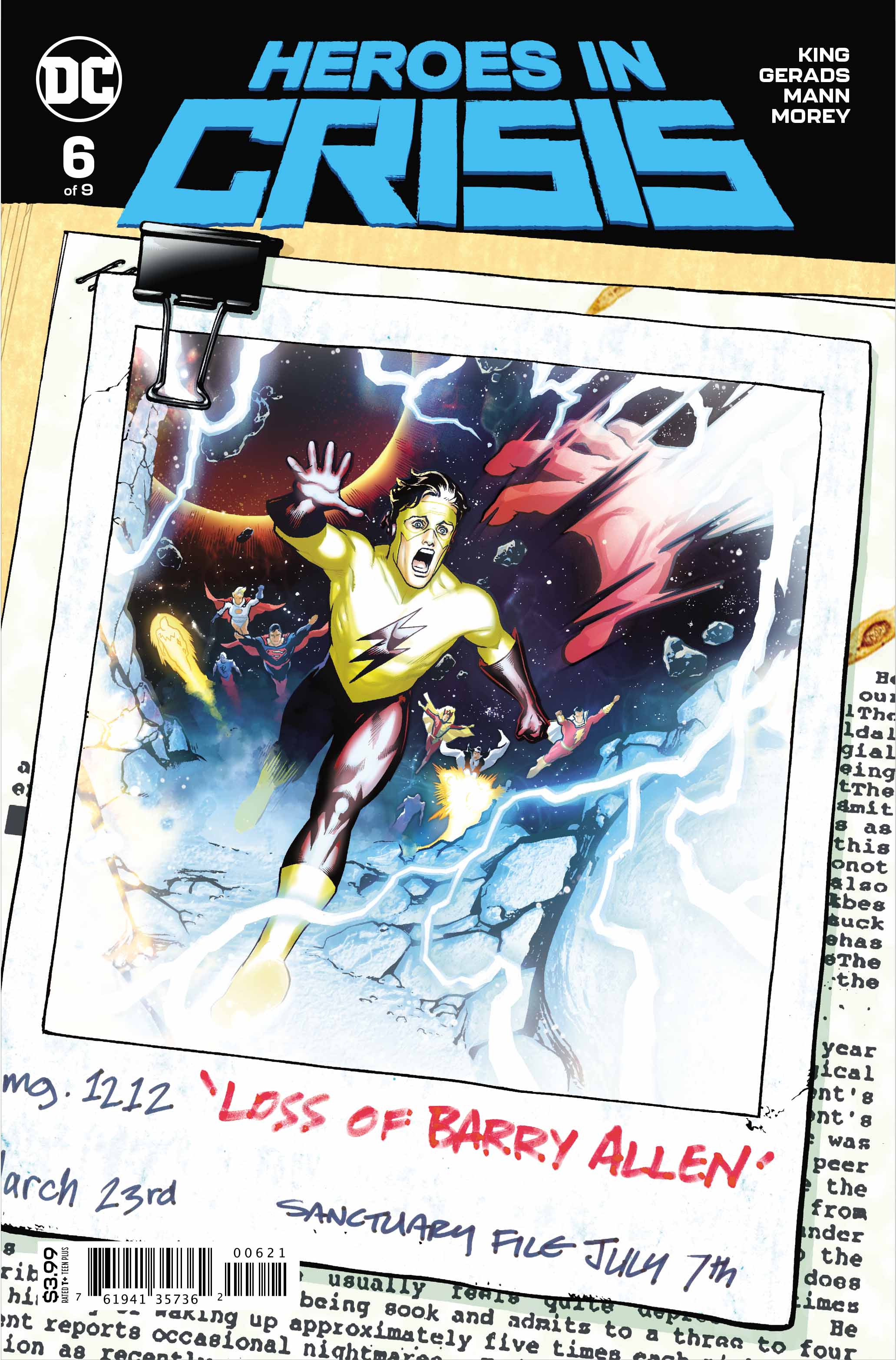 The deaths of Wally West, Roy Harper and many other heroes seeking counsel at the Sanctuary, have rocked the DC Universe to its foundations. Since this series started events pointed to either Harley Quinn or Booster Gold being behind the murders. This issue casts a new shadow upon the story, and takes a look at the life of Wally West, the original Kid-Flash.
This issue is a character piece, but not entirely one that I believe fits into this story at this juncture. Wally’s reminiscences are very welcome, as are the moments between Harley and Poison Ivy. What does stick out though is the inclusion of the life, times and poetical influences of Gnarrk. Don’t get me wrong, the tale is poignant, well written and emotional, but I don’t get why it’s there in the first place.
I’ve been reading comics for over forty years, so have a rough idea who Gnarrk is, but I don’t think many other readers will know or care about this former Teen Titan. Was he included just to be another forgotten DC hero meeting his tragic demise? If so, I think we had enough of that with Blue Jay, Protector, etc. … I would much rather have had more of Wally and Harley. 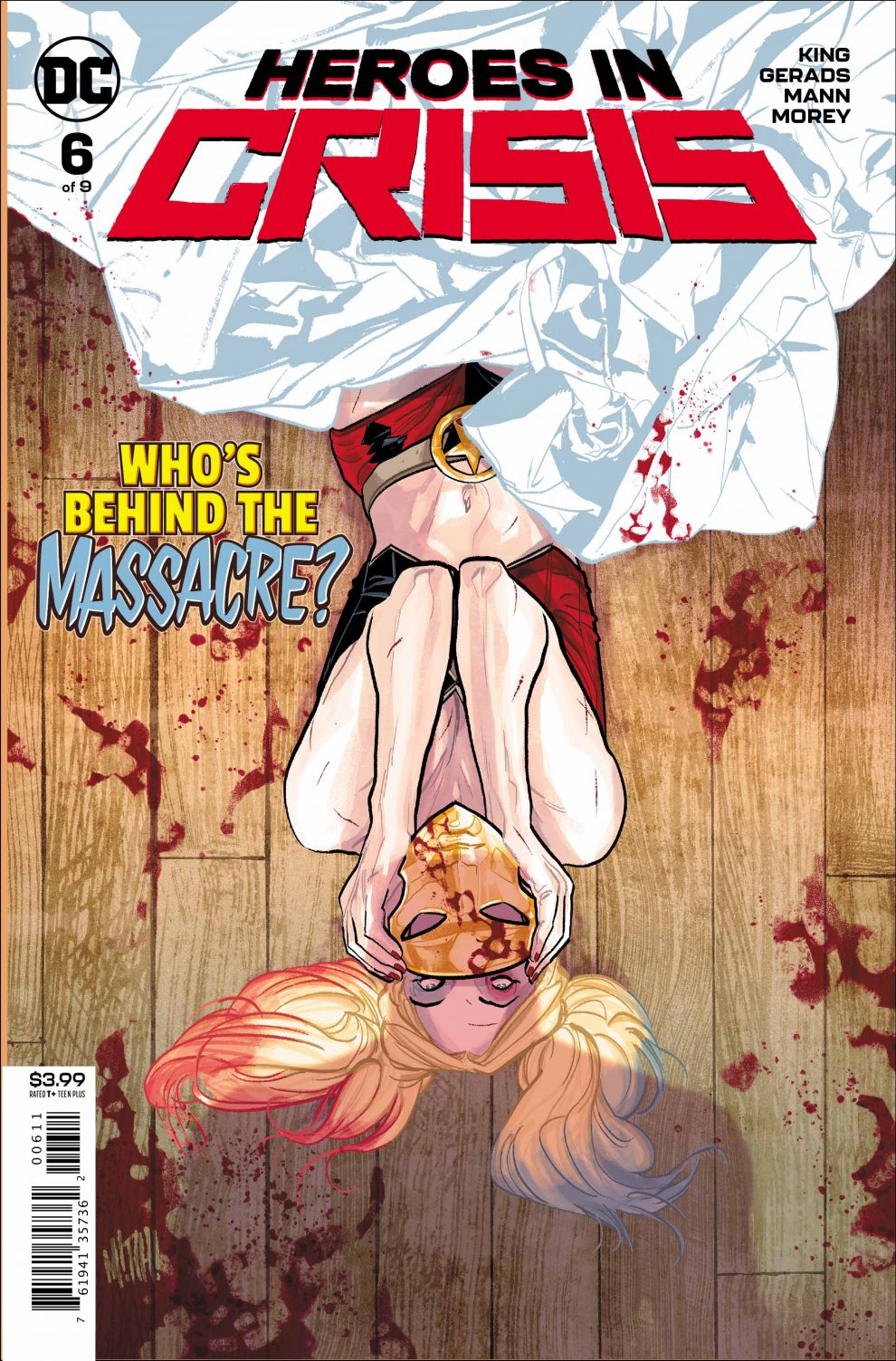 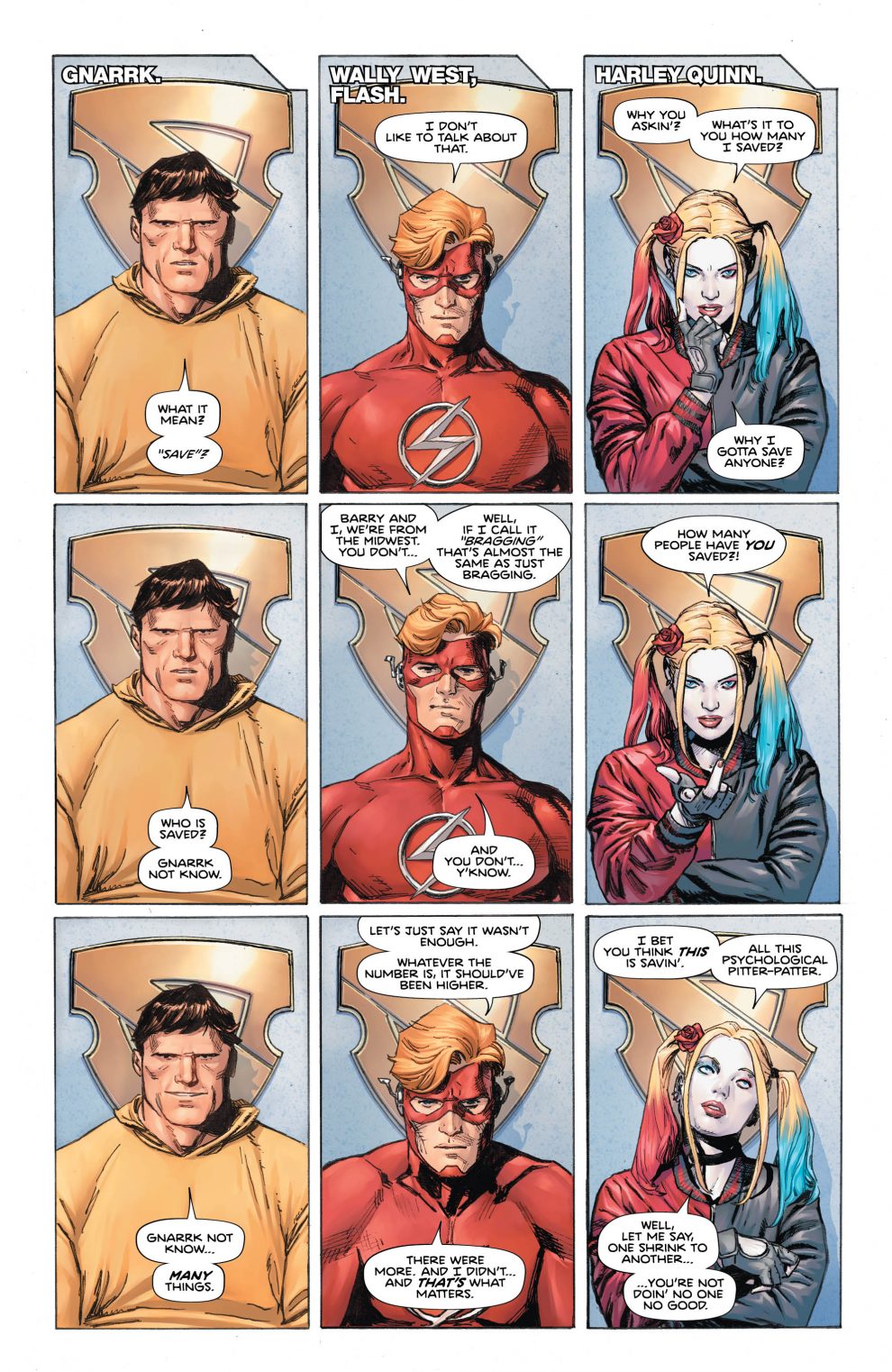 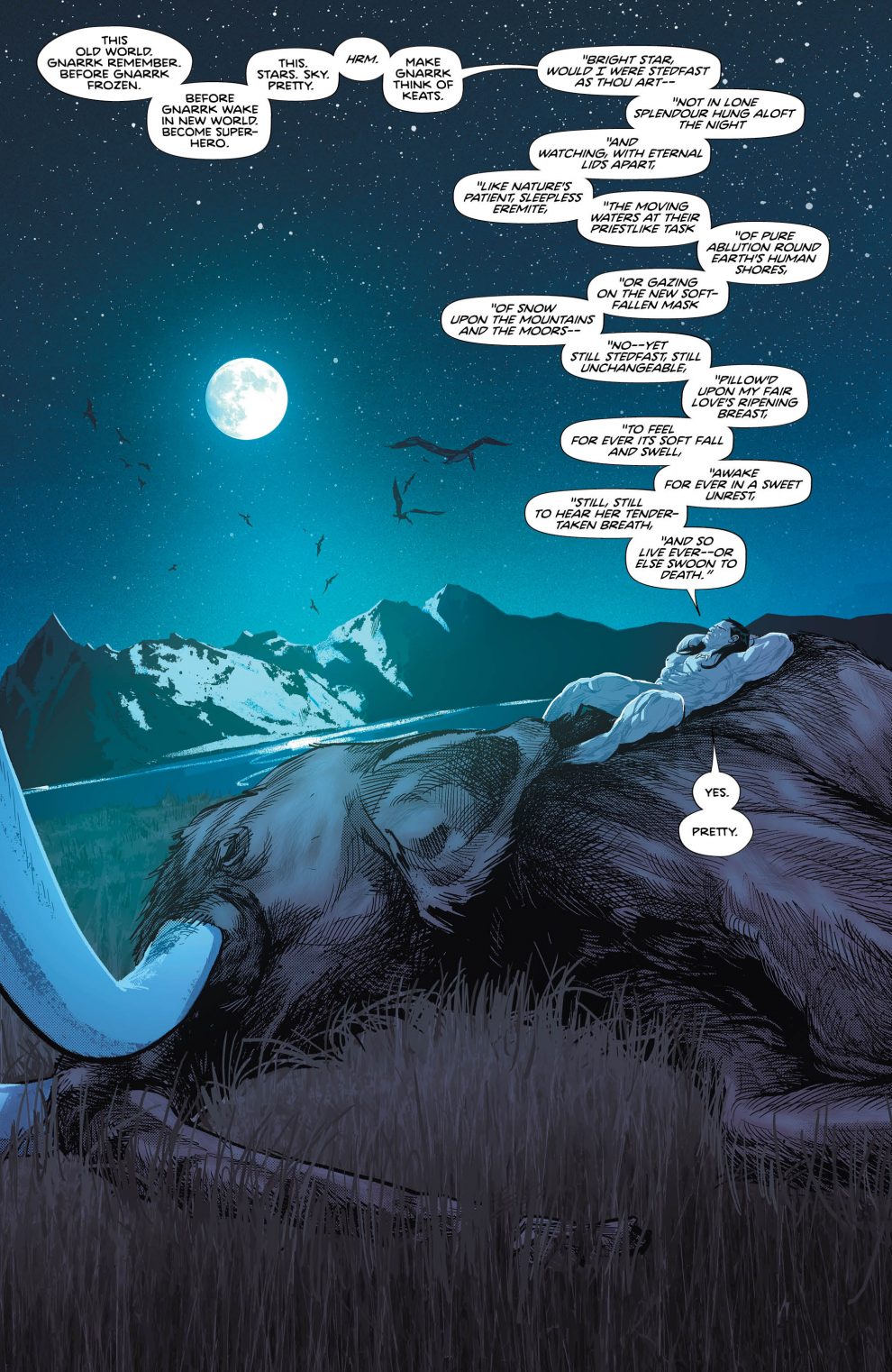 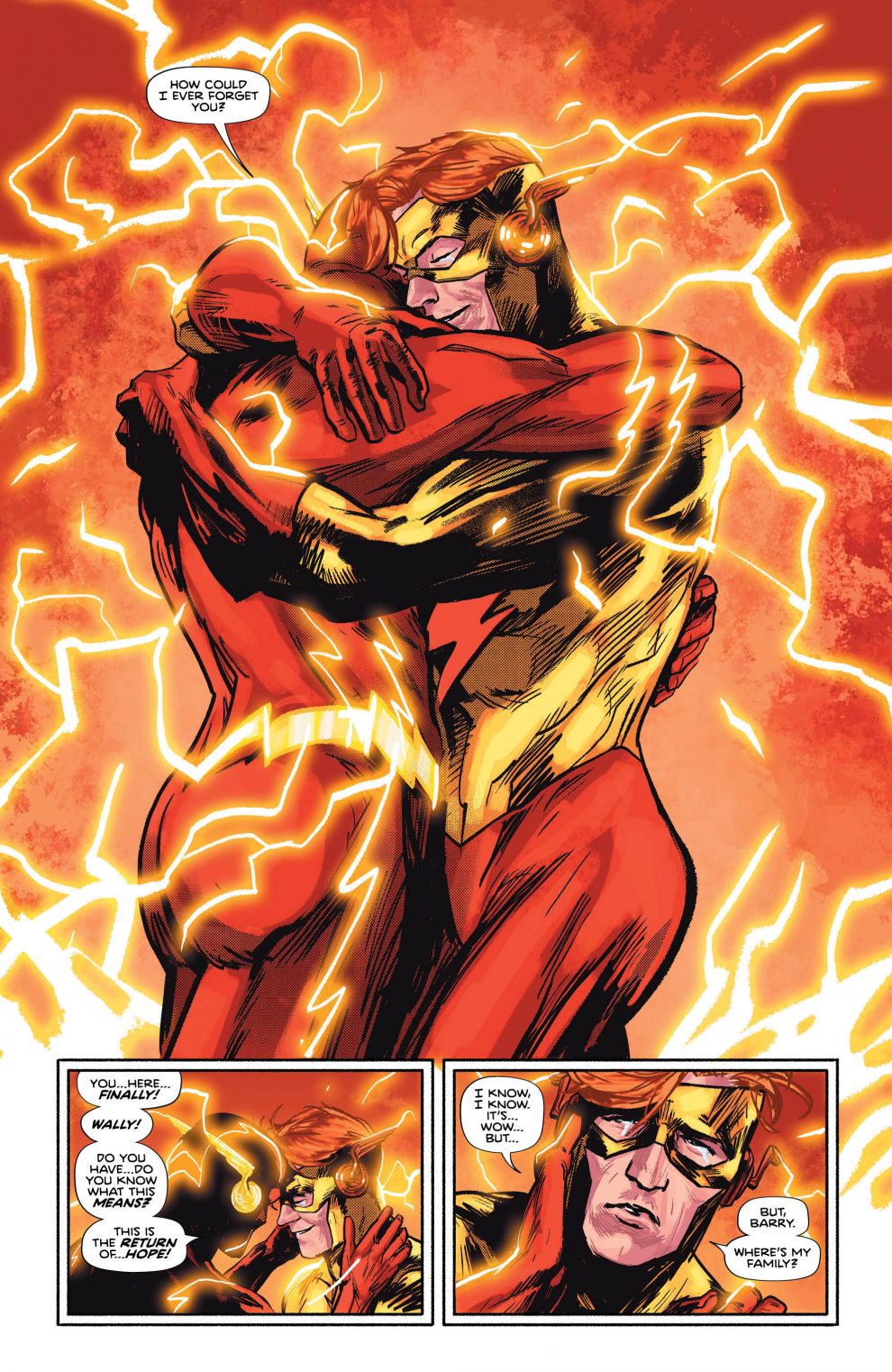 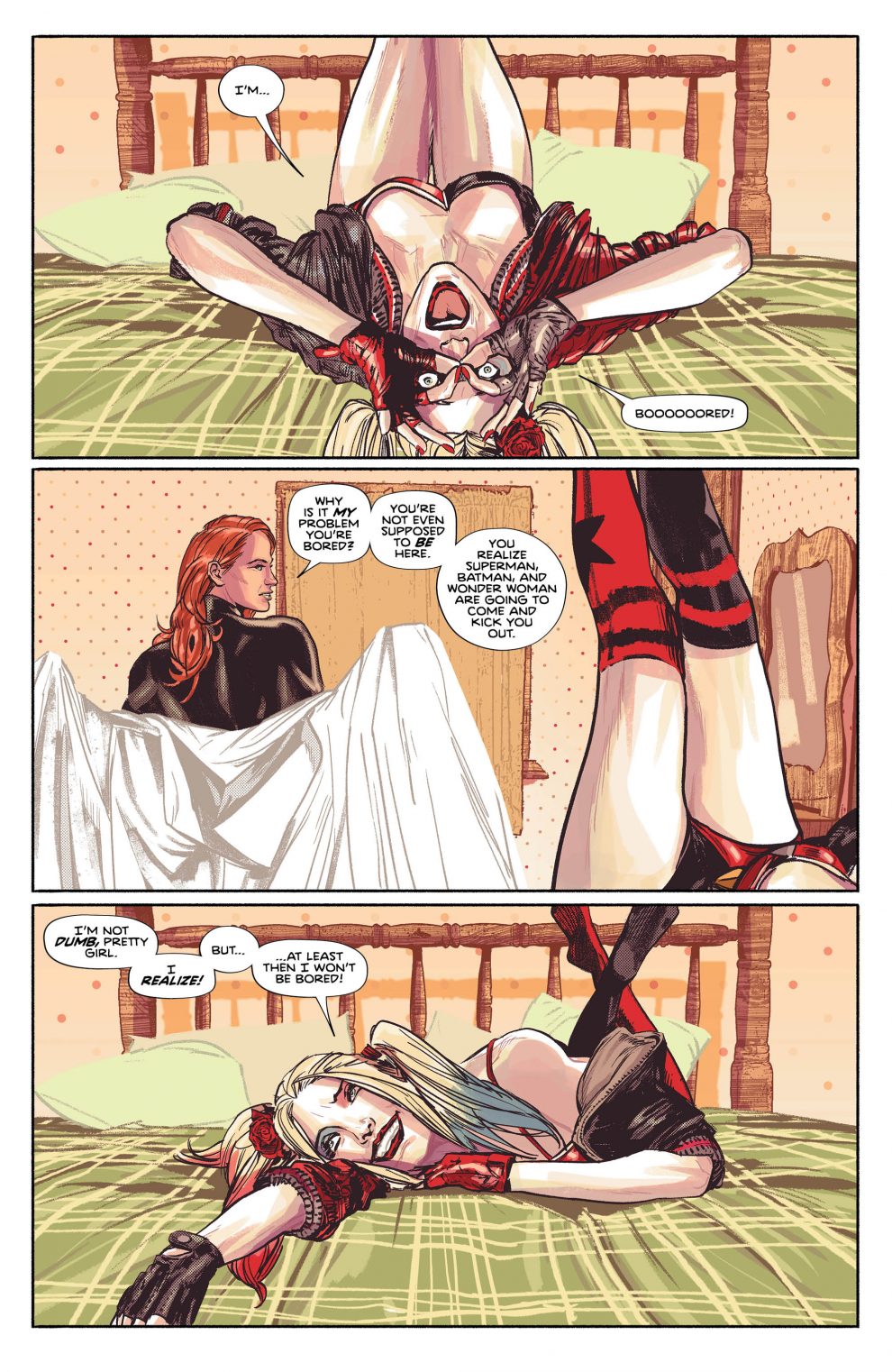 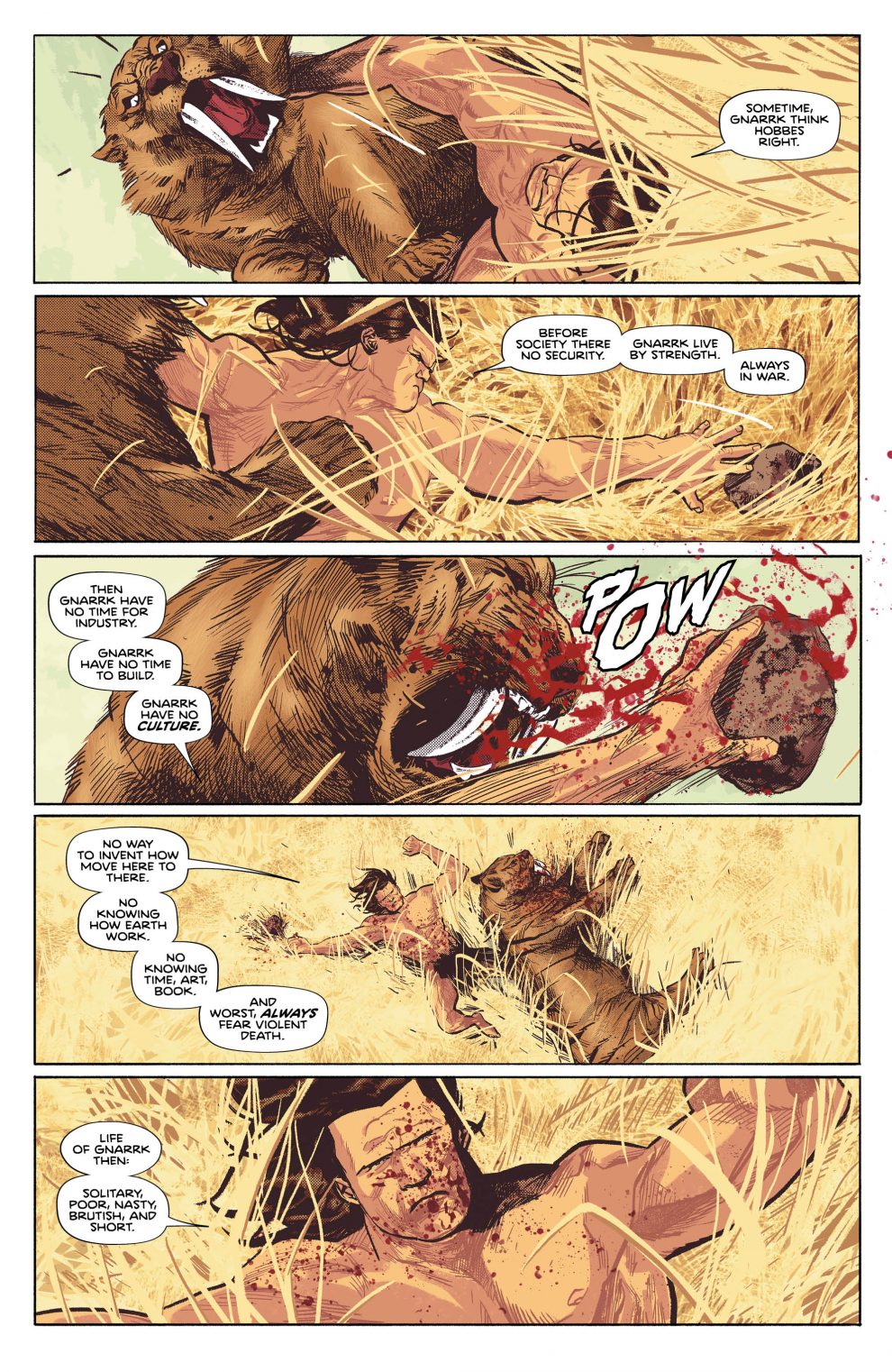 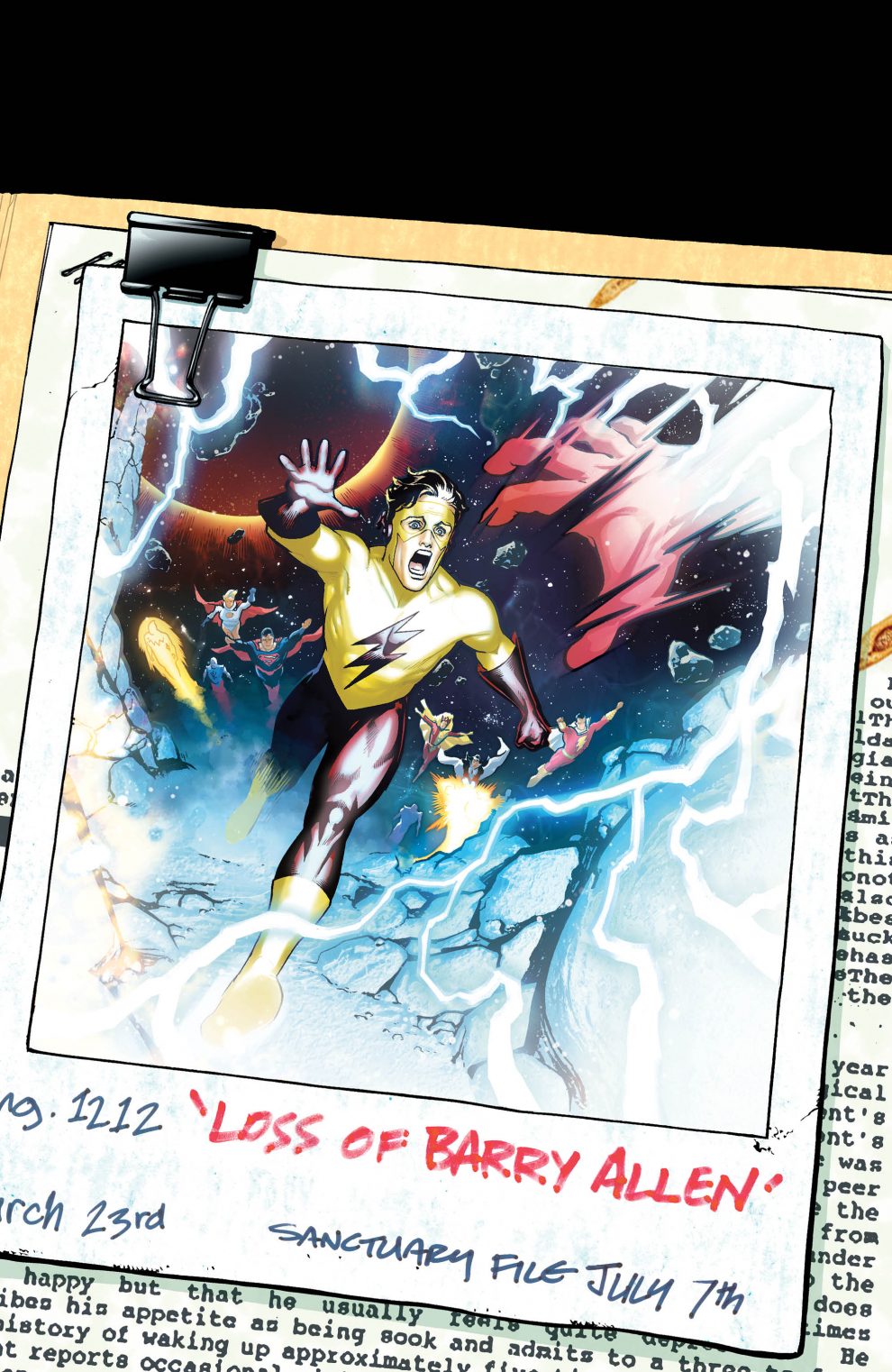 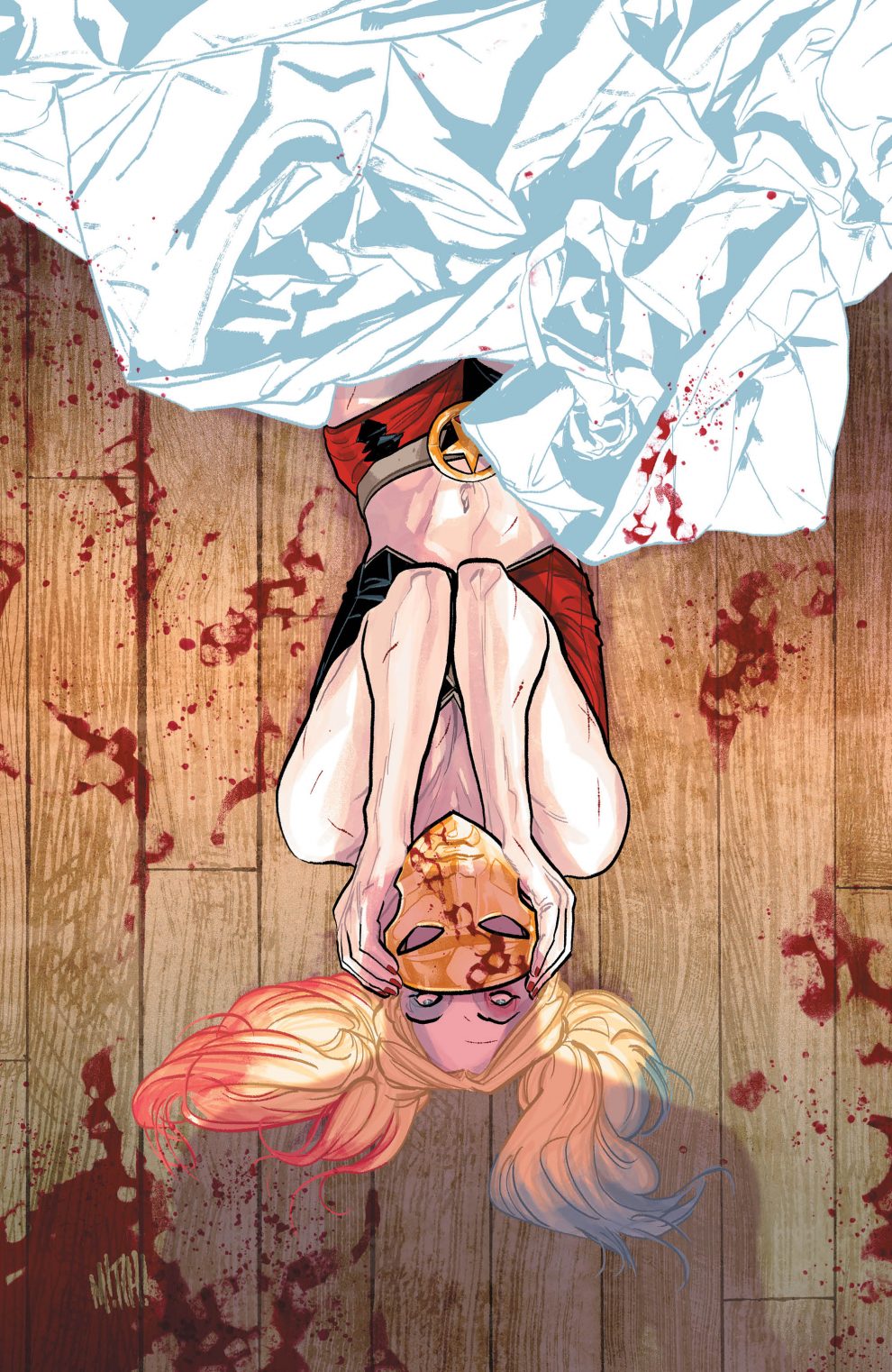 The story may have let me down a little this issue, but the art sure as heck delivered. I’m hoping Clay Mann is named first in the credits due to being listed alphabetically. Why? While there’s no question that Clay’s art is great, he only drew 2 out of the 20 pages in this chapter, with Mitch Gerads handling the bulk of the work, on the other 18. Gnarrk’s tale, Wally’s reminiscences and the continuing adventures of Harley and Ivy are lovely to look at. Watch out for a soul crushingly gorgeous page with Wally and Roy, and another with the two ladies opening their hearts to one another. Gerad’s art is, as always, terrific.
I believe that Mitch colored his own work in this issue, with Tomeu Morey as color artist on Clay’s pages. Both gentlemen deliver beautiful work. Clayton Cowles also deserves high praise, as the Harley/Ivy page I mentioned could’ve been a disaster in the hands of a less capable letterer.

Six pages of this issue, while well written, and exquisitely drawn, were ultimately unnecessary. I have nothing against Gnarrk, and perhaps he’s a favorite of Tom King or Mitch Gerads. For me the issue would have been better served if it stuck with the characters at the heart of the story. I know we’ll be seeing more of Wally West and Harley in this series, so will overlook the minor shortcomings of this chapter. With just three issues to go, I’ll look at issue #6 as a palate cleanser. It has refreshed our taste buds, ready for the final course, which looks to be mighty tasty!