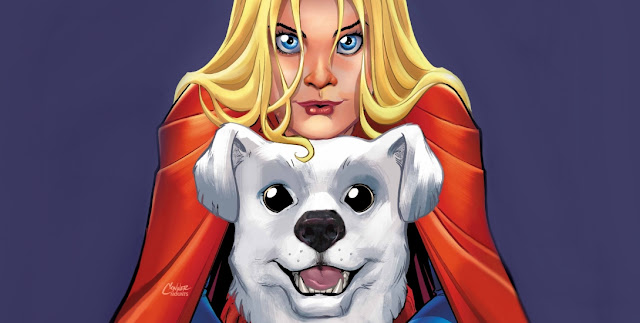 This anniversary issue is a treat in itself. We get three stories for the price of one. Picking Over the Bones is the continuation of the current story arc. Supergirl is close to getting the answers for what happened to planet Krypton. In Z’ndr Kol and the Lost Colony, we get to see Kara’s newest ally Z’ndr in an Indiana Jones-esque dungeon delve story.  The Plourott is a look back into the early career of Supergirl, her dynamic with her earth parents, and her friendship with Ice. 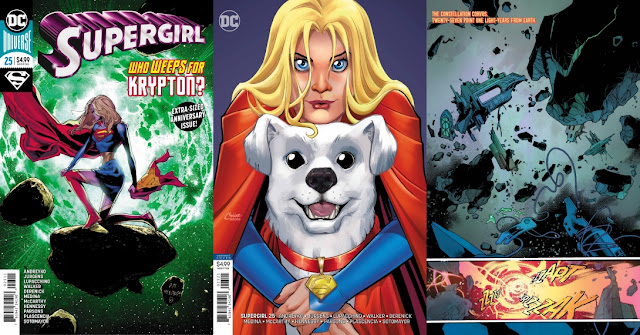 Each story has their own strength, which is essential in a bumper issue like this one. Sure the first story, which contributes to the ongoing arc should take precedence. We get all the impact and action in Picking Bones as we’d get in a standard issue in the run. Z’ndr gets the context he needed in his own story, and Supergirl learns the true spirit of Christmas through a little humility. 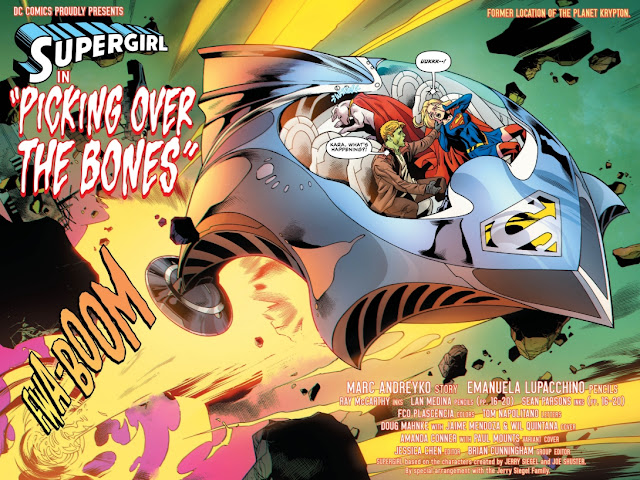 Negatives
A lot of the events that happen in the first story are improbable. The appearance of a creature guarding the ruins of a planet seems unlikely. Why? The perfect timing for Supergirl’s departure is also a stretch - unless a later issue cleverly explains how she was being watched.
Z’ndr’s story moved so quickly that it was hard to get a real grip onto what was going on. The last story, though a welcome Christmas story, portrayed Supergirl as a little petulant. Though she did trudge through dirt and lose something very precious to her, I’m unsure if that’s true to her character. 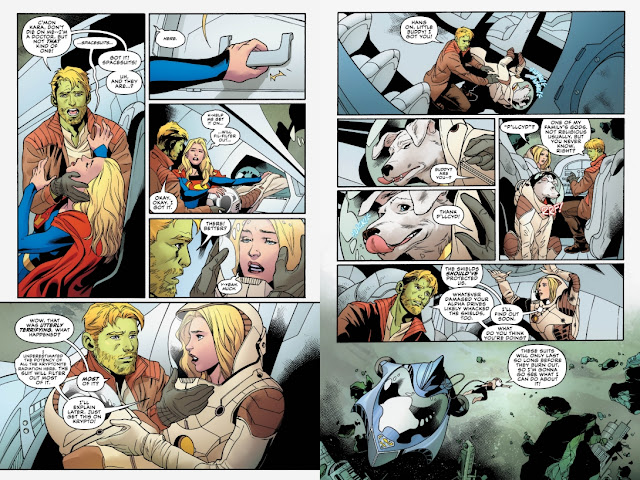 As a holiday/anniversary special goes, this one is very easily amongst my favorites. It has action, charm, and introduces a new character and plot lines. It’s in keeping with what’s going on in the run, whilst giving us the holiday breather we need.