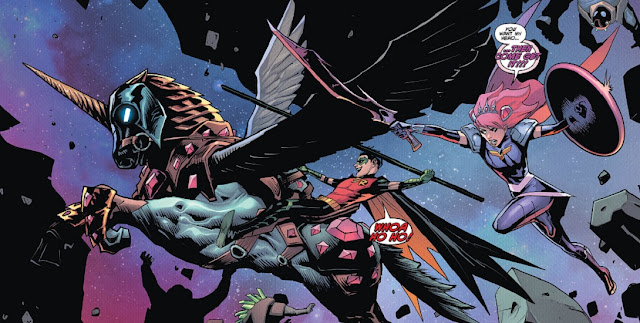 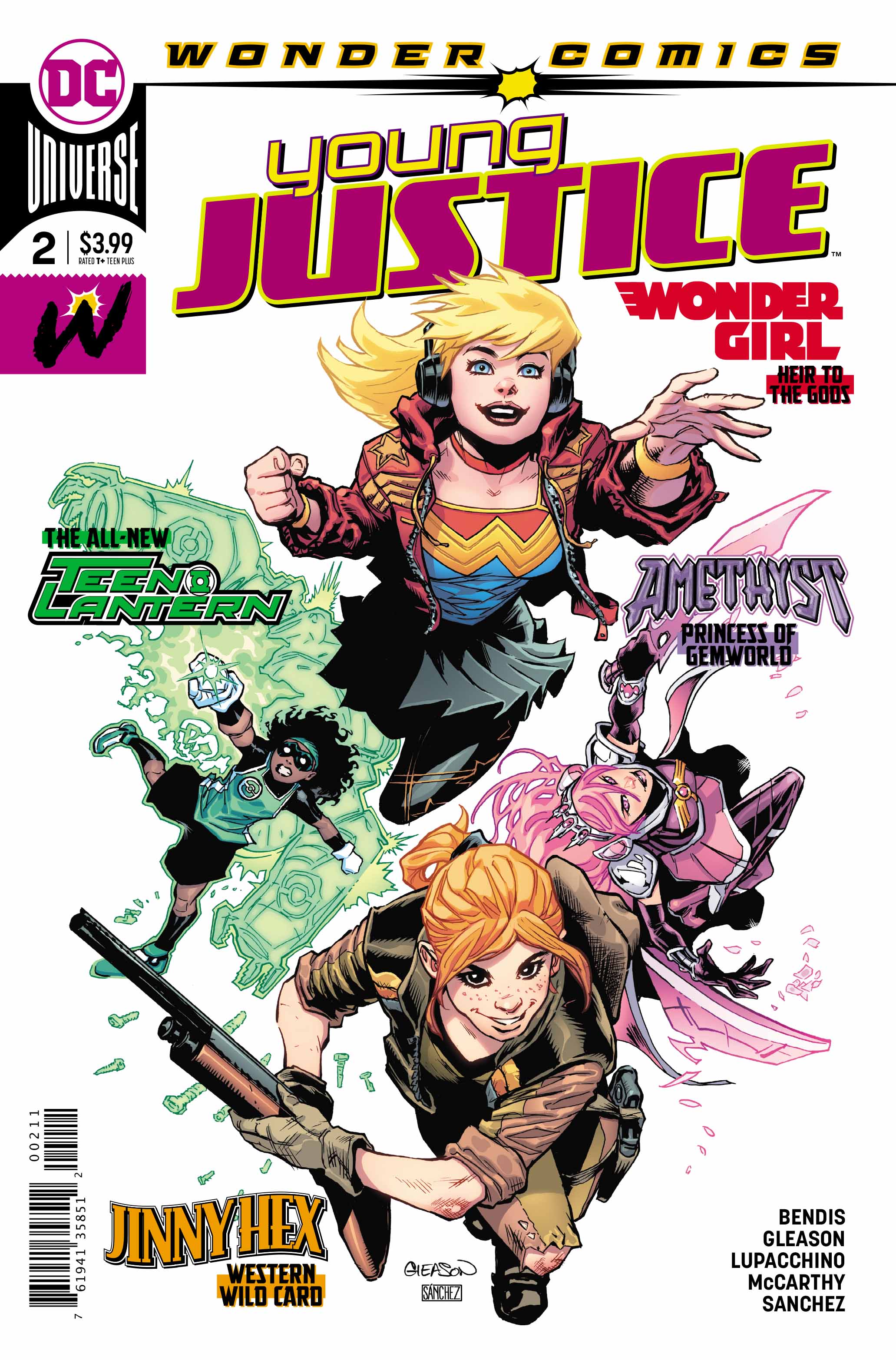 This issue continues straight from the cliff hanger issue #1 left us on. The comic follows the story of a group of young heroes trying to save the world from an alien invasion. This led to them being transported to Gemworld!
All is not as it seemed though, as the team were dropped into two different locations on the planet. Robin met up with a local resident who needed some assistance quelling a rebellion, while Wonder Girl, Teen Lantern and Jinny Hex were left to explore this strange new world. 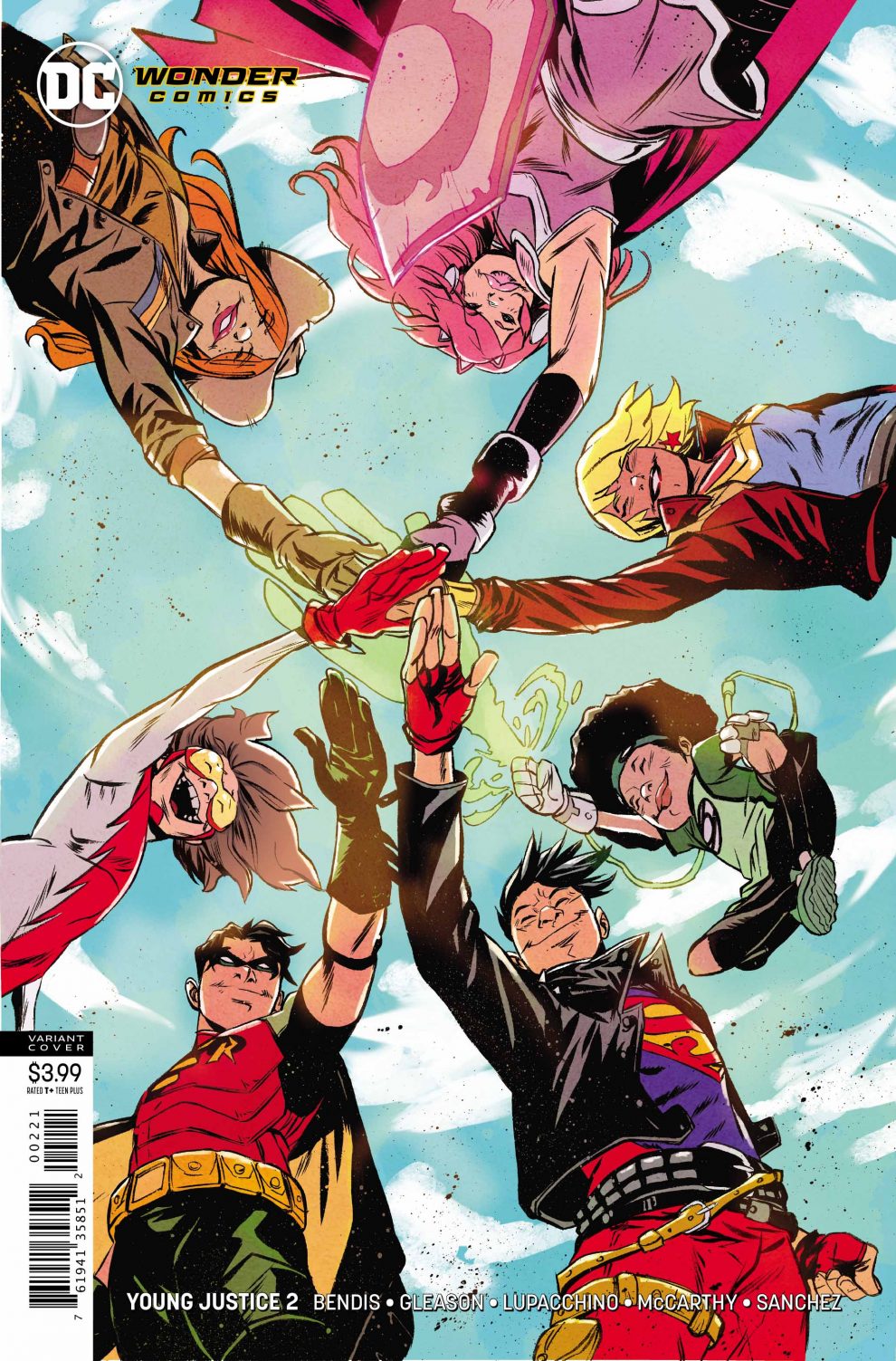 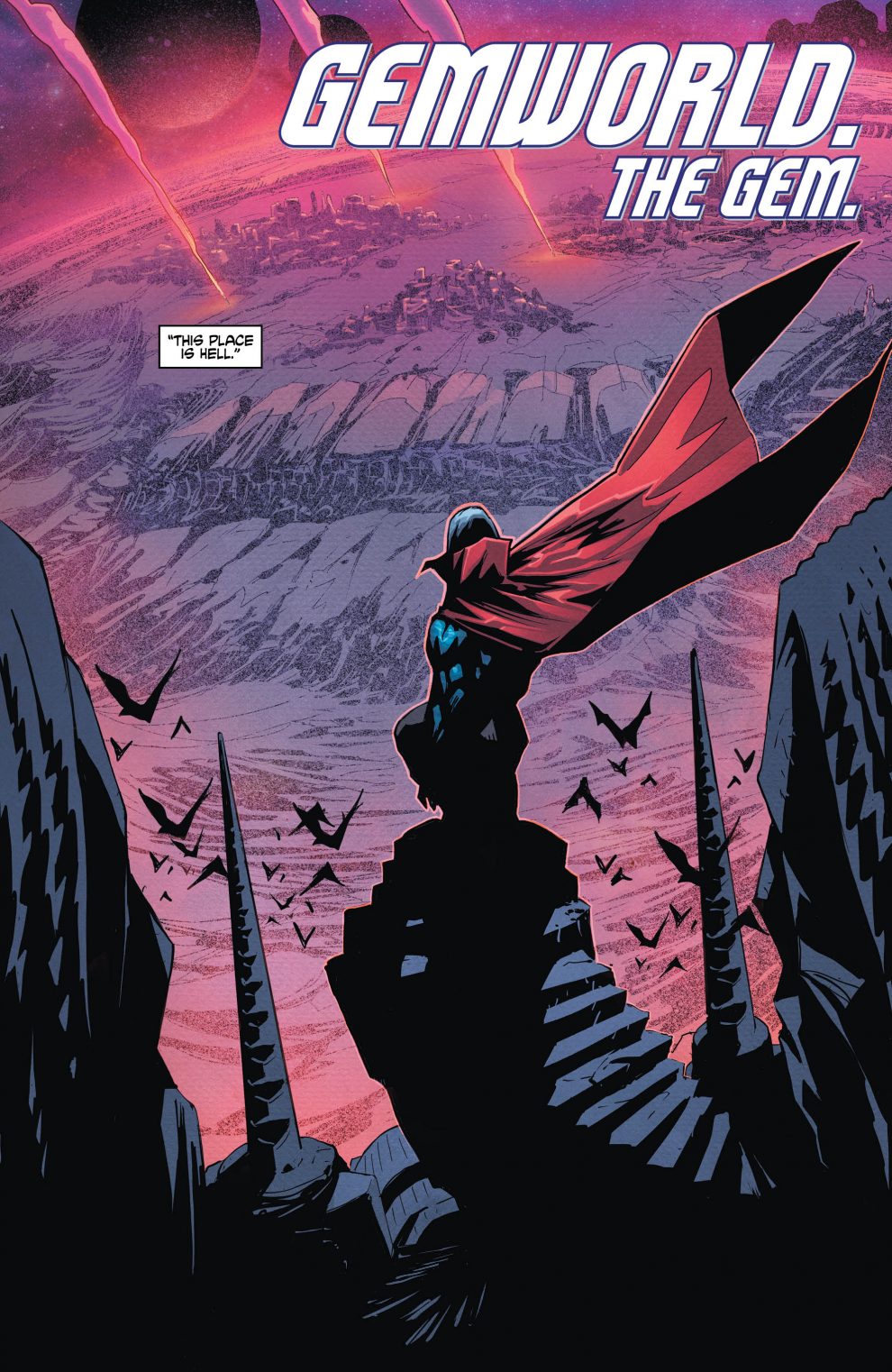 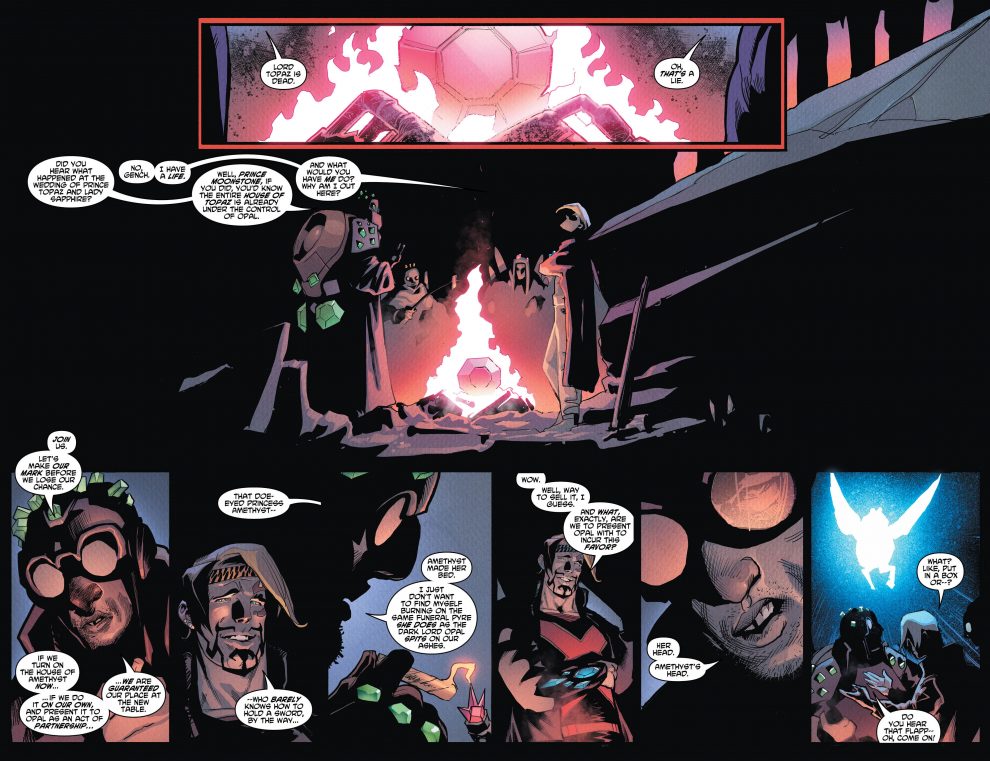 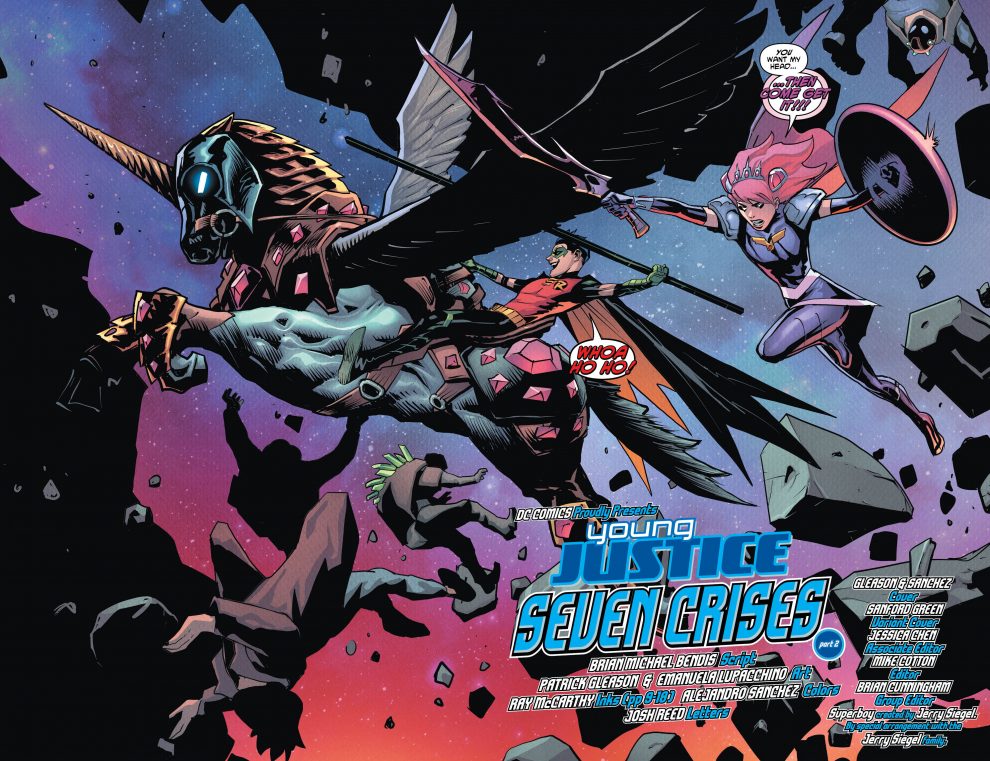 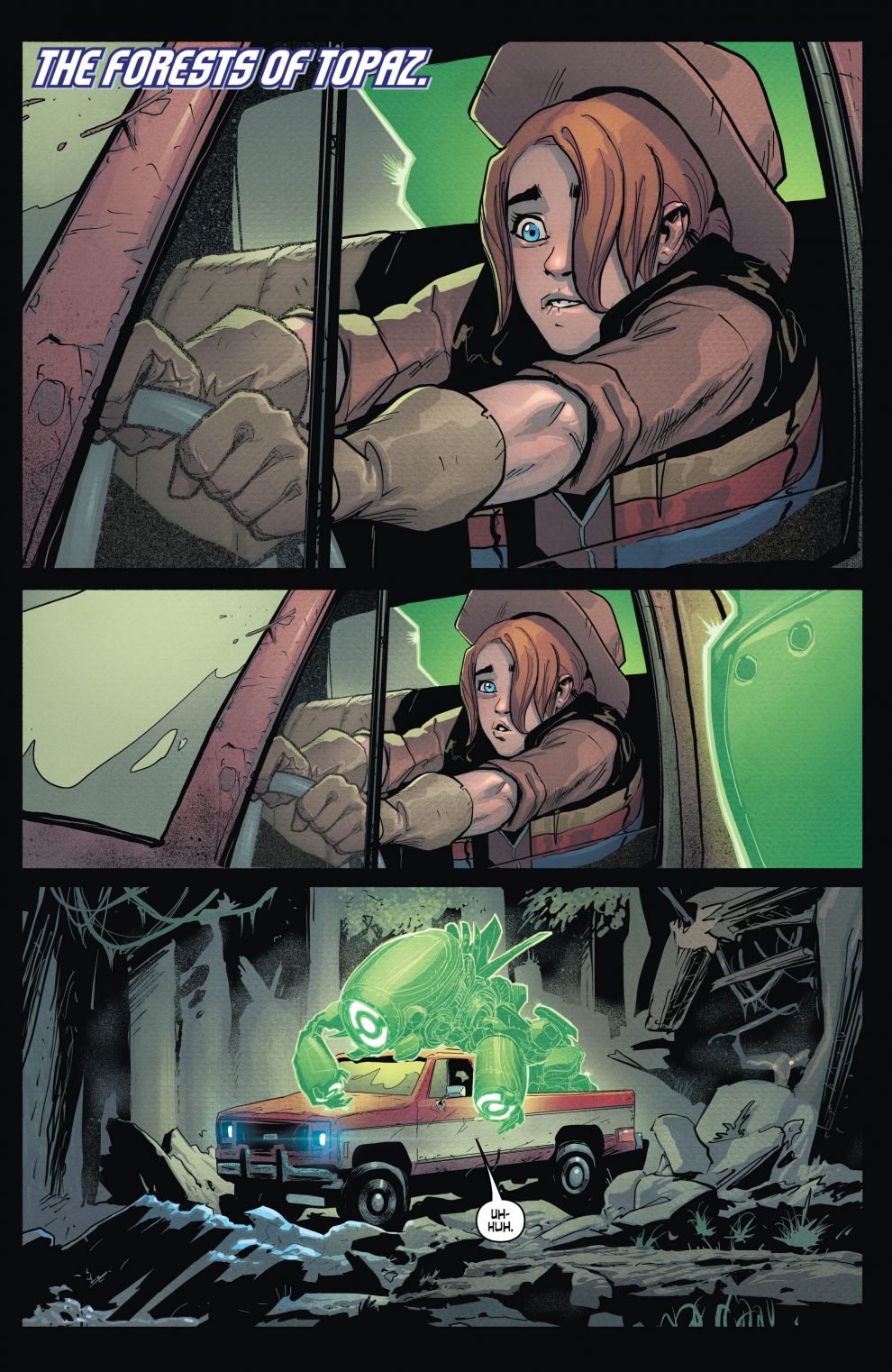 This issue starts off as a normal team romp, but quickly changes it’s focus to Wonder Girl. I have no problems with this at all, especially after Bendis’ allusions to things not being quite right with Cassie in the last issue. Plus, her character is so deep and diverse that any time spent on her is going to be fantastic.
While there has been little time spent with each individual yet, I feel that they all have the potential for a rich and diverse dynamic. Already we can see some of the relationships between the newer characters forming, as well as the older ones reforming.
The issue gives us a good story with solid artwork; all the makings of a great comic. The only thing that, for me, let it down is the fact that, considering that this is a team comic book, there’s not been much teamwork. I know we’re building into it, but we’ve yet to really see the whole team in action.

Overall, a solid second entry into the series. A slow build up at the moment, but with the potential to go far. As long as Bendis and his team get this right, Young Justice might become one of the best comics out there.