"The Long Night" was arguably the most impressive episode in the history of T.V. I don't know what the budget or production time was for this episode, but it delivered a theatrical quality finish that has completely blown my mind.

There have been many movies over the years that failed to deliver close to the action or suspense we have just been witness to. Game of Thrones has grown into one of the biggest most popular franchises in the world, but let's not forget this is still a T.V. show. This is entertainment. 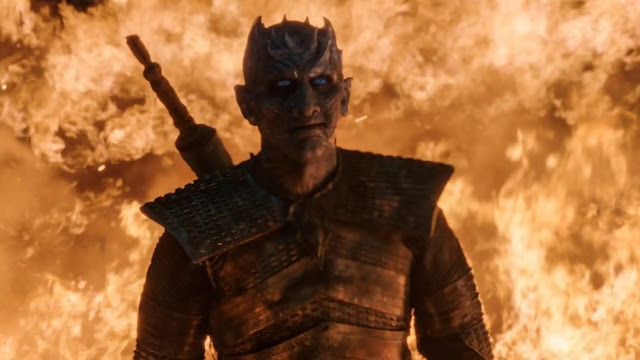 The Night King and his Army of the undead where at the gates of Winterfell by the end of last weeks episode "A Knight of Seven Kingdoms." With this knowledge it's not a spoiler to assume this episode was going to be all out war. What I wasn't expecting was how much of the battle we were going to see, and from so many different points of view.

The CGI budget on this episode must have been the highest to date, with some fantastic dragon sequences. All three of the beasts were in action this week, taking us to places and heights we've never seen before. These scenes were executed with flawless CGI and particularly spectacular when cutting from each Dragon to their riders; Dany, Jon and the Night King. 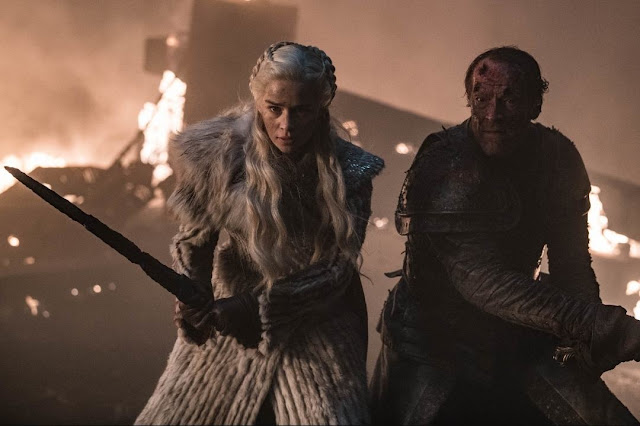 With an 88 minute run time its safe to assume there was fighting and death for about 80 minutes. This was the first time in 8 seasons we got to see Brienne of Tarth, Jaime and Tyrion Lannister, Daenerys, Jon Snow, Arya, Sansa and Bran Stark, The hound and pretty much everyone except Cersei in battle together. Everyone got their moment on the front line. Some with more successful endings than others.

As everyone would have predicted, a number of characters didn't make it to the end alive. Without spoiling who did and didn't die, I will say the show really impressed me how those who did fall did so in the most heroic manner and alongside those who meant the most to them.

As brilliant the episode was I did have one little gripe. During battle, on many occasions some of our heroes became overwhelmed by the dead, to the point that I just cannot see how they came out unscathed. Certain characters where at times under piles of undead warriors but managed to walk away. I'm struggling to see how that could have happened. 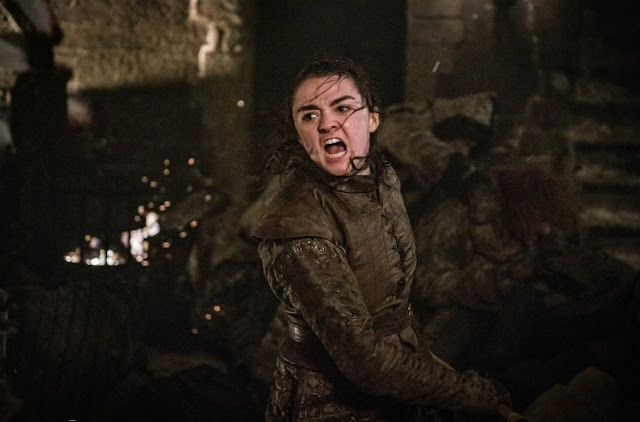 With the ending of all endings, that I will not spoil, but will say that it was perfect, I literally jumped with joy at the climax, and challenge anyone who didn't. The way this show ties things together, from a comment made in season 1 coming to fruition in episode 3 of season 8, is incredibly clever.

There are three episodes to go, with Cersei still claiming the Iron Throne and with the Iron Fleet behind her. We haven't seen the end of the fighting yet and I'm certain that more deaths are forthcoming.

Who will win the game of thrones?