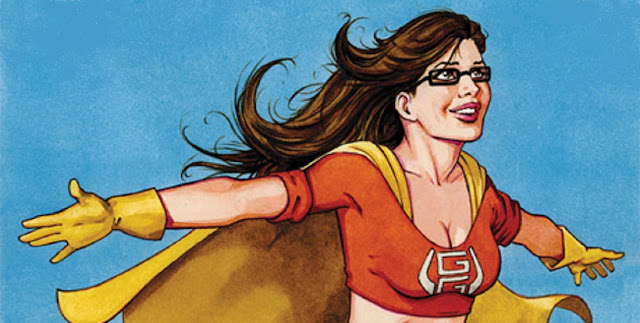 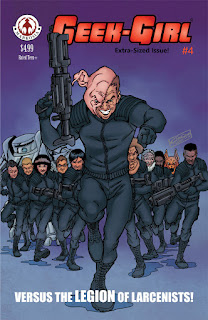 Geek Girl is pure fun. This series has received enough fan acclaim to go from what was planned to be a four issue mini-series to a full ongoing monthly title. When I was approached by Markosia Comics to ask if I'd like to review the new series, I jumped at the chance.

I'm a huge fan of independent comics, and will do anything to help promote them when they're great quality titles. 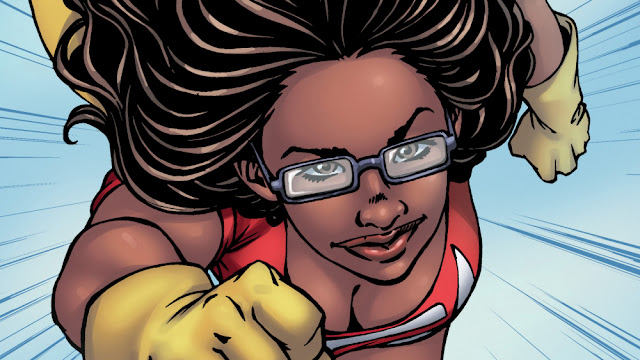 Writer Sam Johnson has very cleverly started the second volume of Geek Girl adventures by dropping readers right in the middle of the ongoing story. I didn't feel liked I'd missed a thing by not reading vol. one (even though now I really want to!) Johnson leaves enough information, clues hints and recaps, in the dialogue and ongoing action and not in those annoying little caption boxes, that I felt I was learning as the story progressed.

The entire premise of Geek-Girl is funny, and clever. This series and its creators clearly respect the classics and what has gone before, but they're also not afraid at poking a little fun at the genre at the same time. Both the ladies who've worn the Geek-Girl costume gain their powers and abilities thanks to a pair of hi-tec spectacles which give the wearers enhanced strength, resistance to damage and the power of flight. Yes folks, these ladies become superheroes when they put ON their glasses. 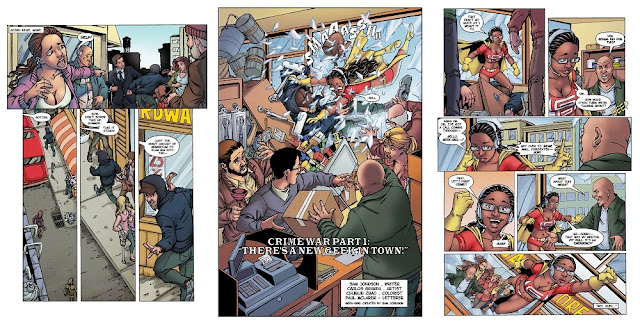 The Geek Shall Inherit The Earth

I also love the quirky energetic art in this book. Carlos Granda draws characters with character. I can tell every lady apart in these comics just by looking at them. They all have different faces and identities. Some comic book artists draw beautiful women beautifully, but they all have the same faces and bodies, and are often only recognisable because of their superhero costumes. Granda gives us different face shapes, hairstyles and body types.

The two different Geek-Girls are instantly discernible from each other, and from the other super-powered female characters in the book. 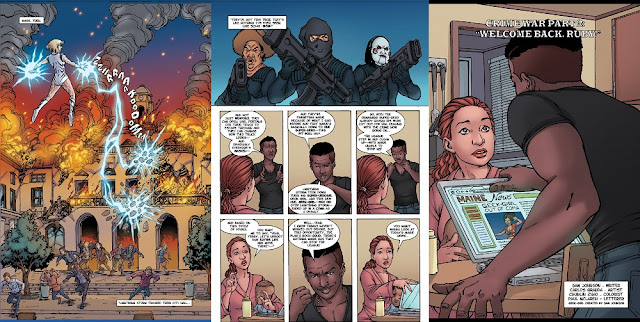 I love Chunlin Zhao's color art on this series. It's bright and punchy when it needs to be, but her flesh tones are natural and make the characters realistic, which is great when married to the cartoony style of artist Carlos Granda. These issues look like animated episodes of shows like Young Justice to me. Anyone who knows me knows how much I love that TV series, so this is high praise indeed.

Paul McLaren's lettering on the book works, but - even though his sound effects are often pretty cool - his captions are quite generic and there's not a lot of individual style there. I know this is an indy book, and that Paul will improve over time. The comics are incredibly easy to read, though, and the quality of the lettering is still better than some that I've seen published by Marvel and DC. 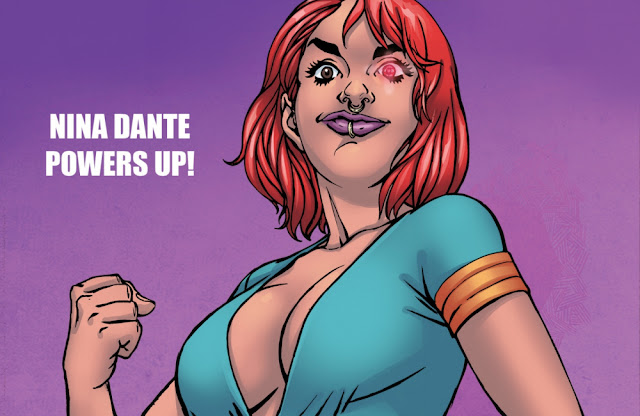 I've really enjoyed the first four issues of the ongoing Geek-Girl series. I've actually liked it so much that I'm going to ask Markosia if Fantastic Universes can keep reviewing the title. I'm even going to Comixology to track down vol. 1!

This comic has character, action, fun and characters that feel like people we know. Yep, I'm a new Geek-Girl fan, and want to carry on for the rest of the ride.

Written by Sam Johnson, illustrated by Carlos Granda and colored by Chunlin Zhao, Geek-Girl #4 is Out Now from Markosia, and available at www.geekgirlcomics.com and www.comixology.com

Images Courtesy Of Markovia And The Creative Team