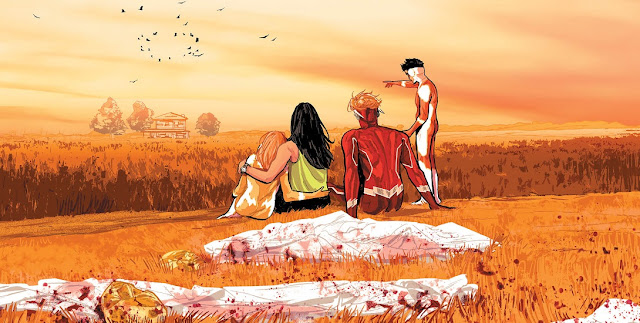 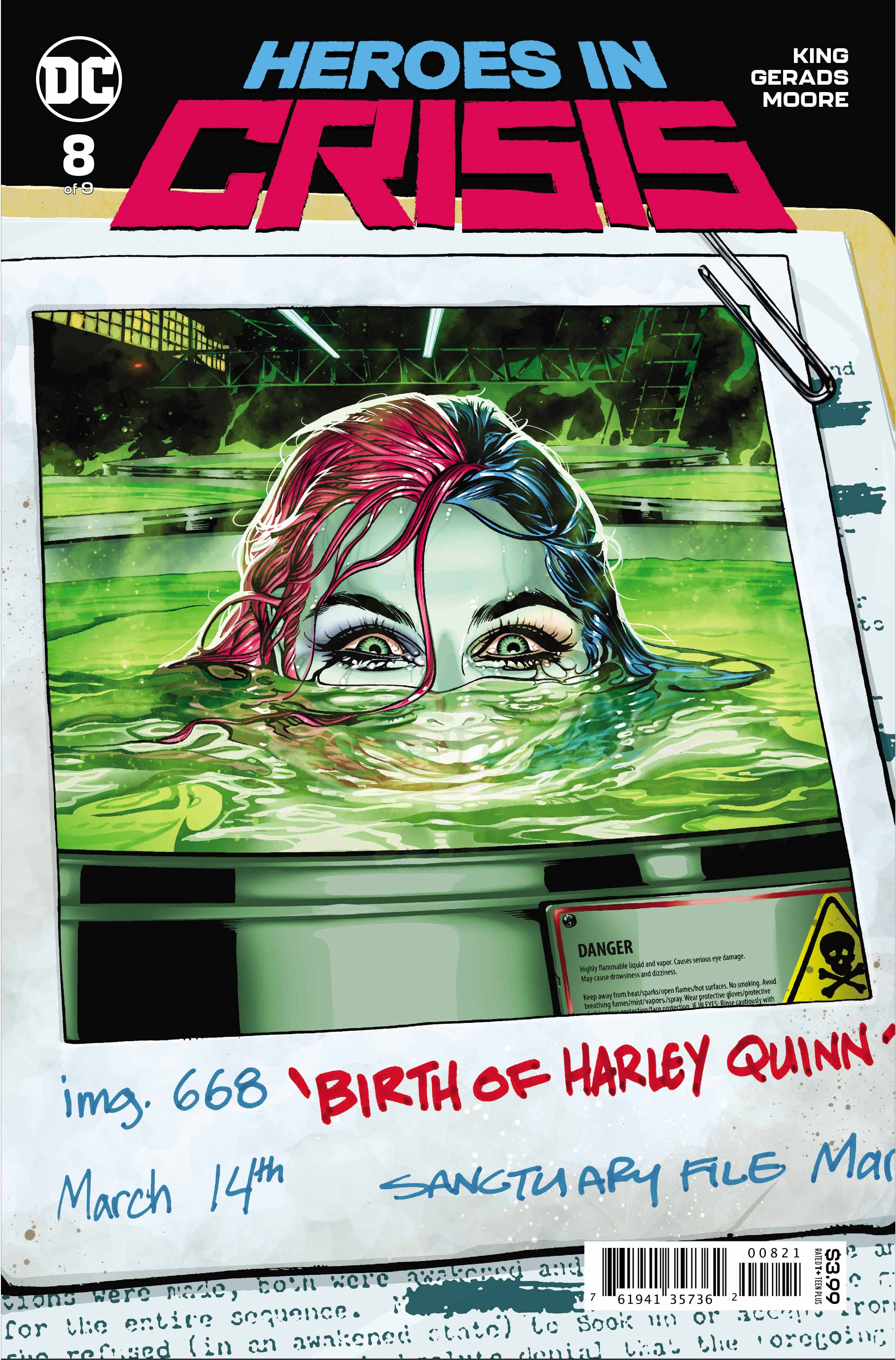 Writer: Tom King
Artists: Mitch Gerads and Travis MooreColor Artist: Mitch GeradsLetterer: Clayton Cowles
Review by Steve J. Ray
The truth hurts. The old sayings get to become old because they’re invariably accurate. Heroes In Crisis has never shied from controversy, as it’s taken a fictional world, scraped the layers of fantasy away, and dragged it kicking and screaming into reality. In this issue we finally get all the facts… and yes, they hurt.
You can’t please all of the people all of the time. Yep, another old cliché, but a valid one. Tom King is writing from the deepest (darkest?) recesses of his heart and soul, and what we find in these places isn’t always nice. Personally, I like my fiction grounded in some reality, or for it to have no ties to realism at all. If something’s going to be whacky and far out, great! If, however, we get a story that deals with trauma, suffering, PTSD and the treatment thereof, I don’t want that sugar coated. Others may not agree.
I know that several friends and colleagues see this series as an attempt to shock and cause controversy, and nothing more. It’s a valid opinion, though not one that I subscribe to. Infallible heroes who can come back from anything, survive everything and keep on fighting are what we’d all like to see in our comics all the time. How realistic is that, though? Granted, these four color fantasies are meant to be an escape, but, just as often, the most successful fiction is the kind that holds a mirror up to the real world. 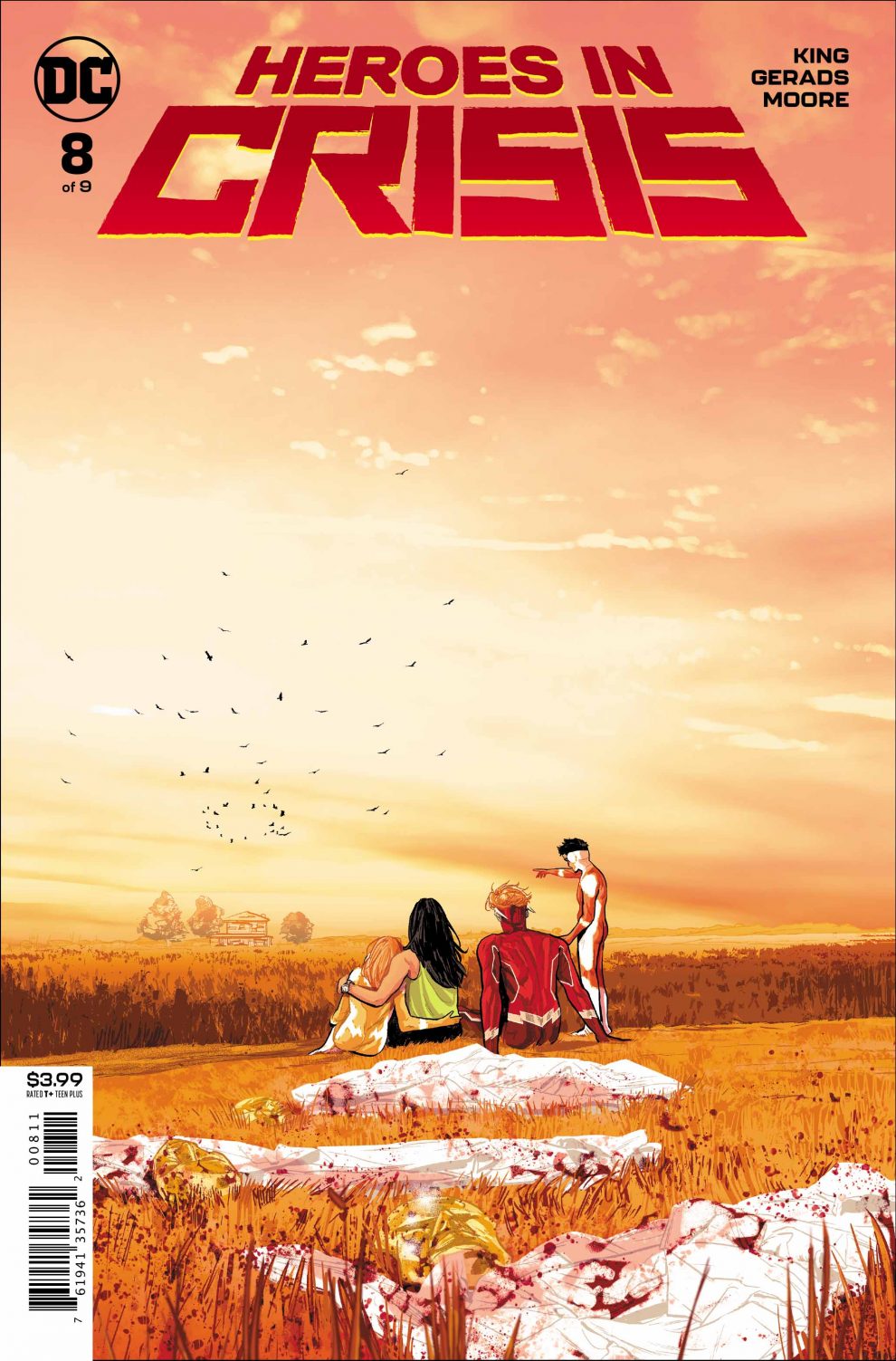 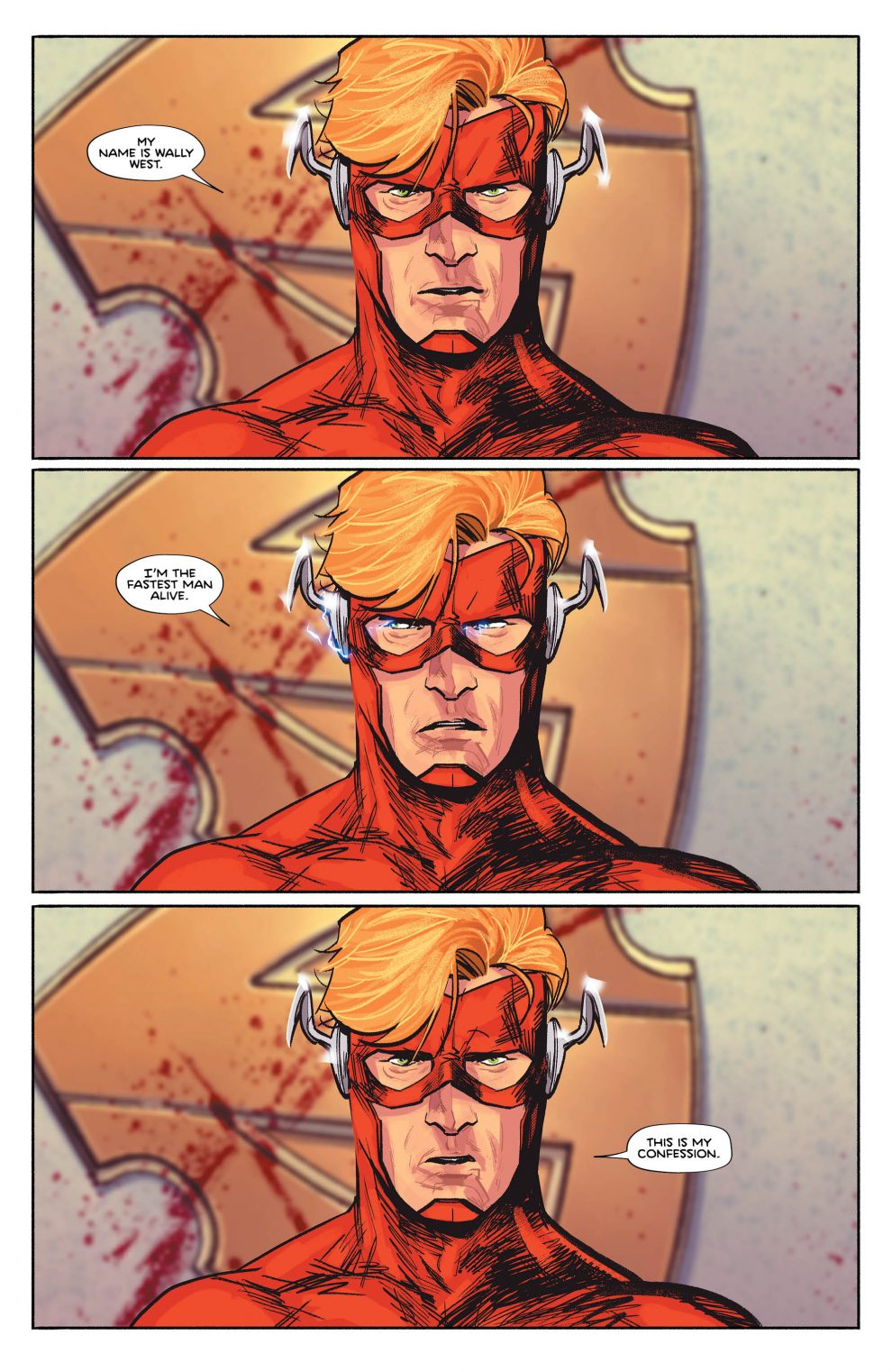 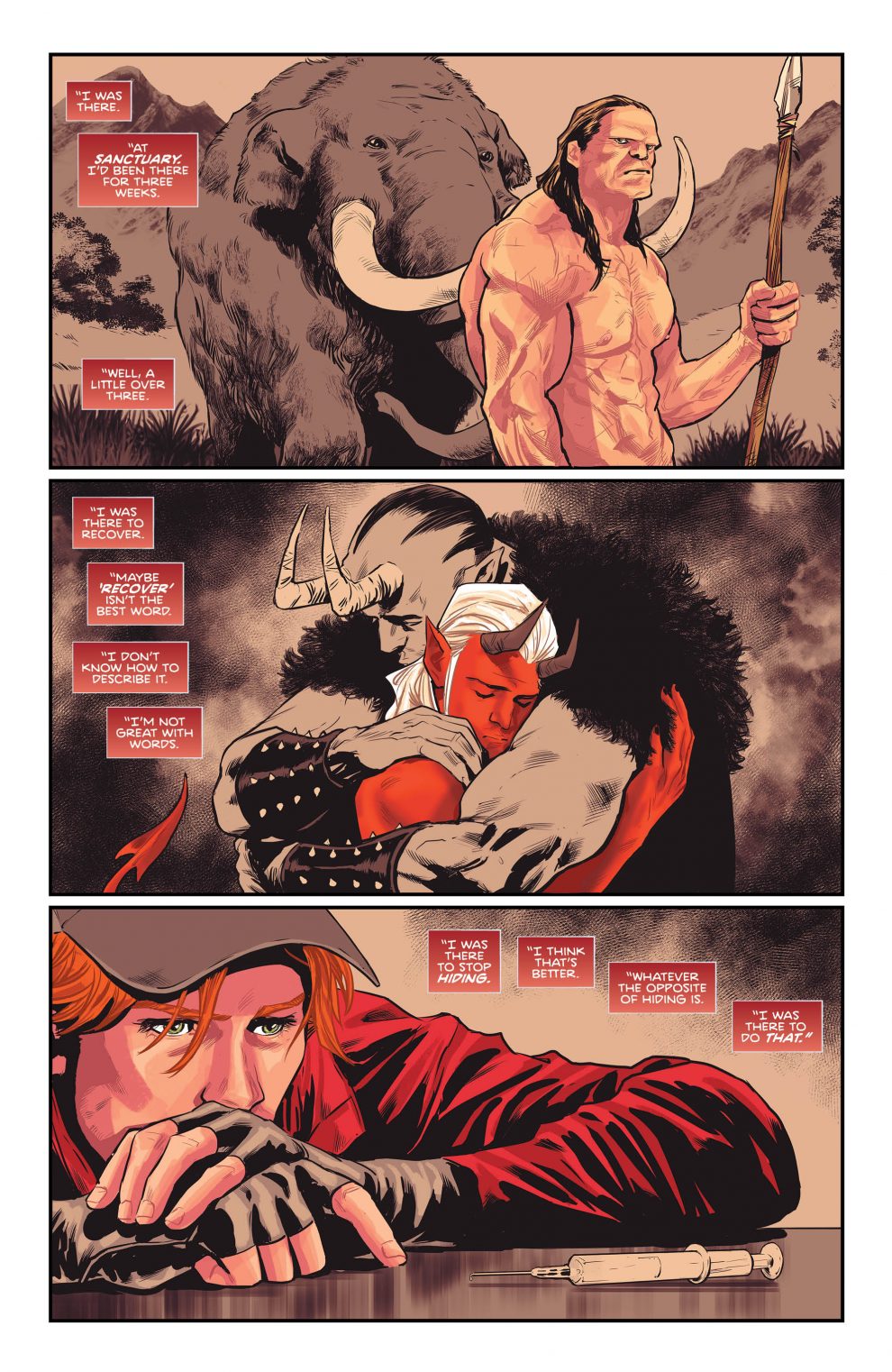 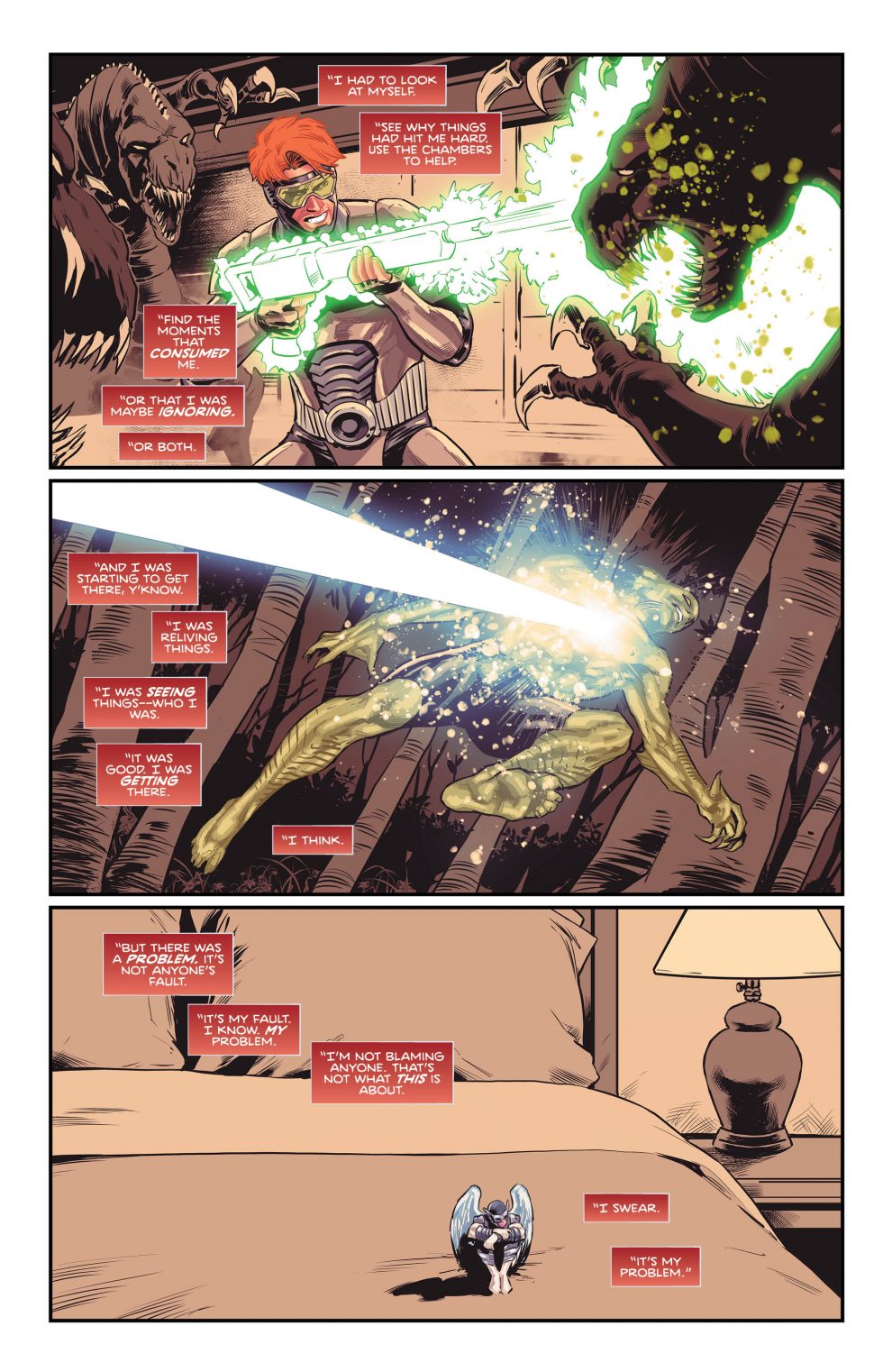 You Can’t Handle The Truth

Getting four days off over Easter has given me extra family time and the chance to catch up on my reading. It has also given me four days to read, digest and re-read this issue. To try and put myself in Wally West‘s shoes, I also re-read DC Rebirth #1 and dug up back issues featuring Wally with Linda and his family.
Many of those I’ve spoken to have said that he’s acted out of character in this series, never moreso than in this very comic. I have a counter argument.
This is a man who sees time way differently than we do. He spent what must have felt like an eternity in the Speed Force; trapped, unable to escape. The thing that kept him going was the hope of seeing his wife, his children, his friends and colleagues again. He escaped his prison, but the world he re-joined was far different to the one he’d left. Yes, Barry, Bruce, Clark and the Titans were here to welcome him back. His wife, however, had no recollection of who he was, and his children never existed.
What does that do to a man? What would that do to you?
Over Easter I got to spend some quality time with my wife and son. Whenever I’m away I miss them, but knowing they’ll be there when I get home is one of the most comforting feelings in the world. I cannot imagine what coming back to a home without them in it would do to me. I guess that the Joker was right, and all that separates everyone from him is just “One bad day.” 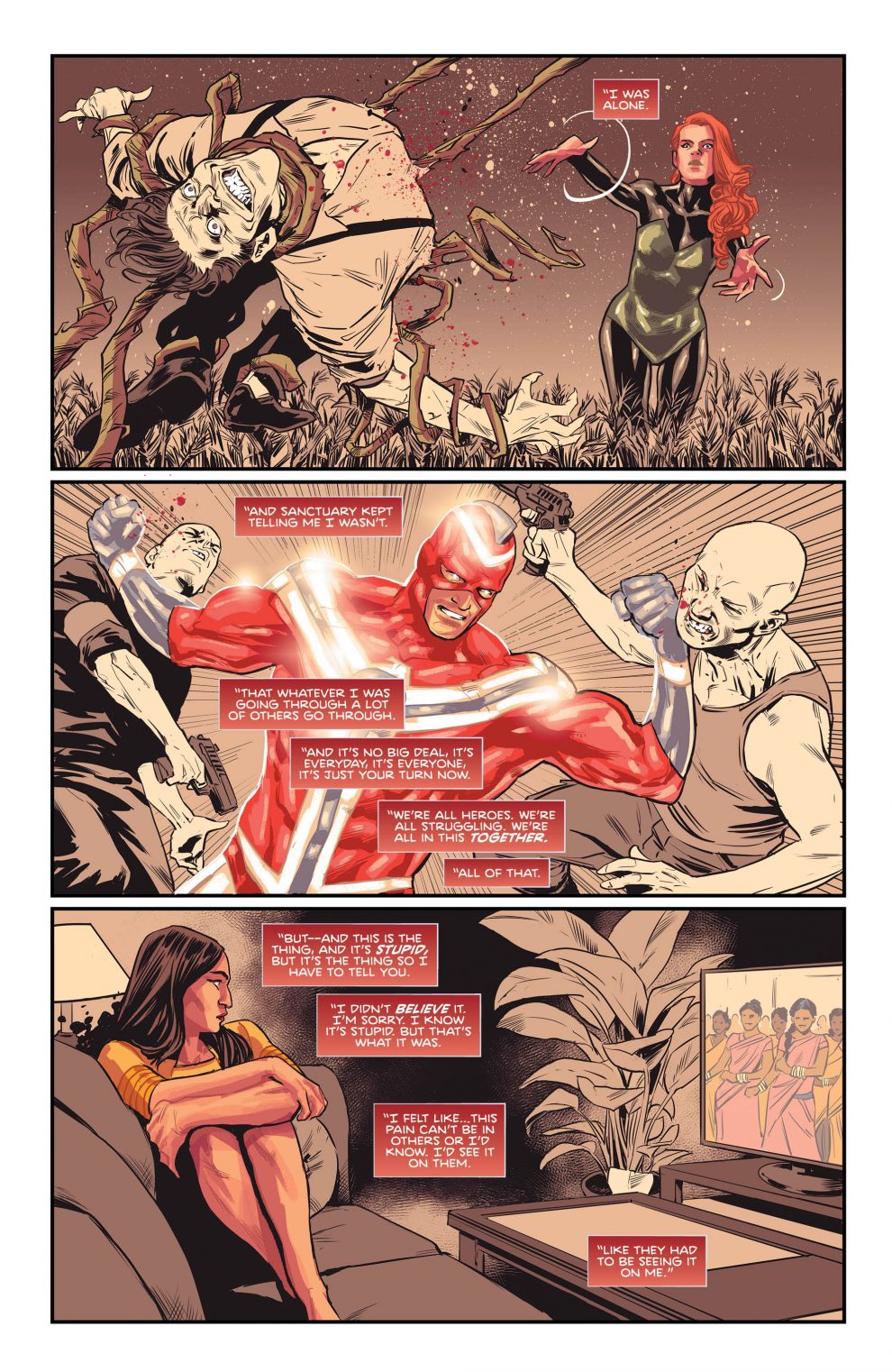 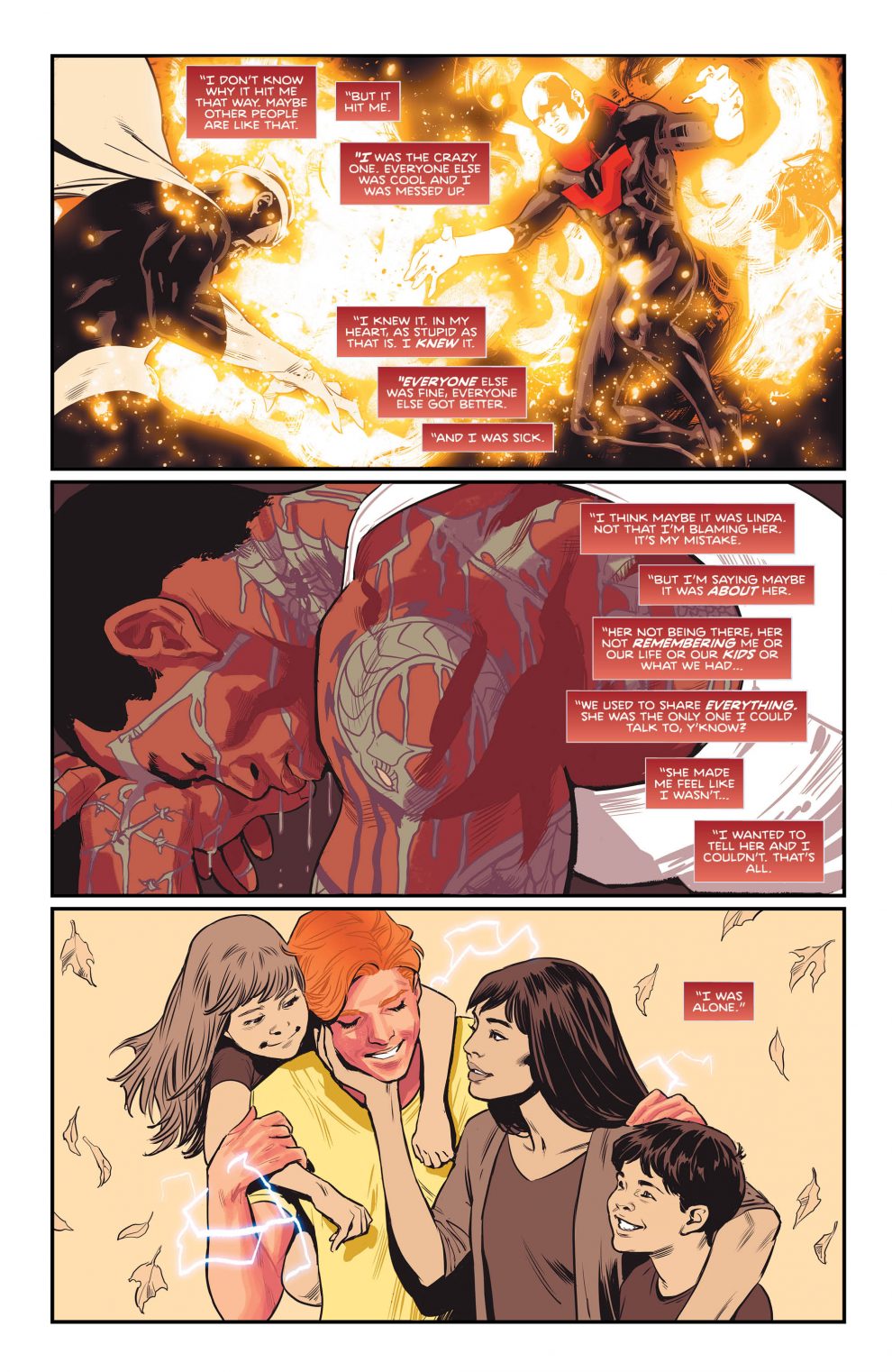 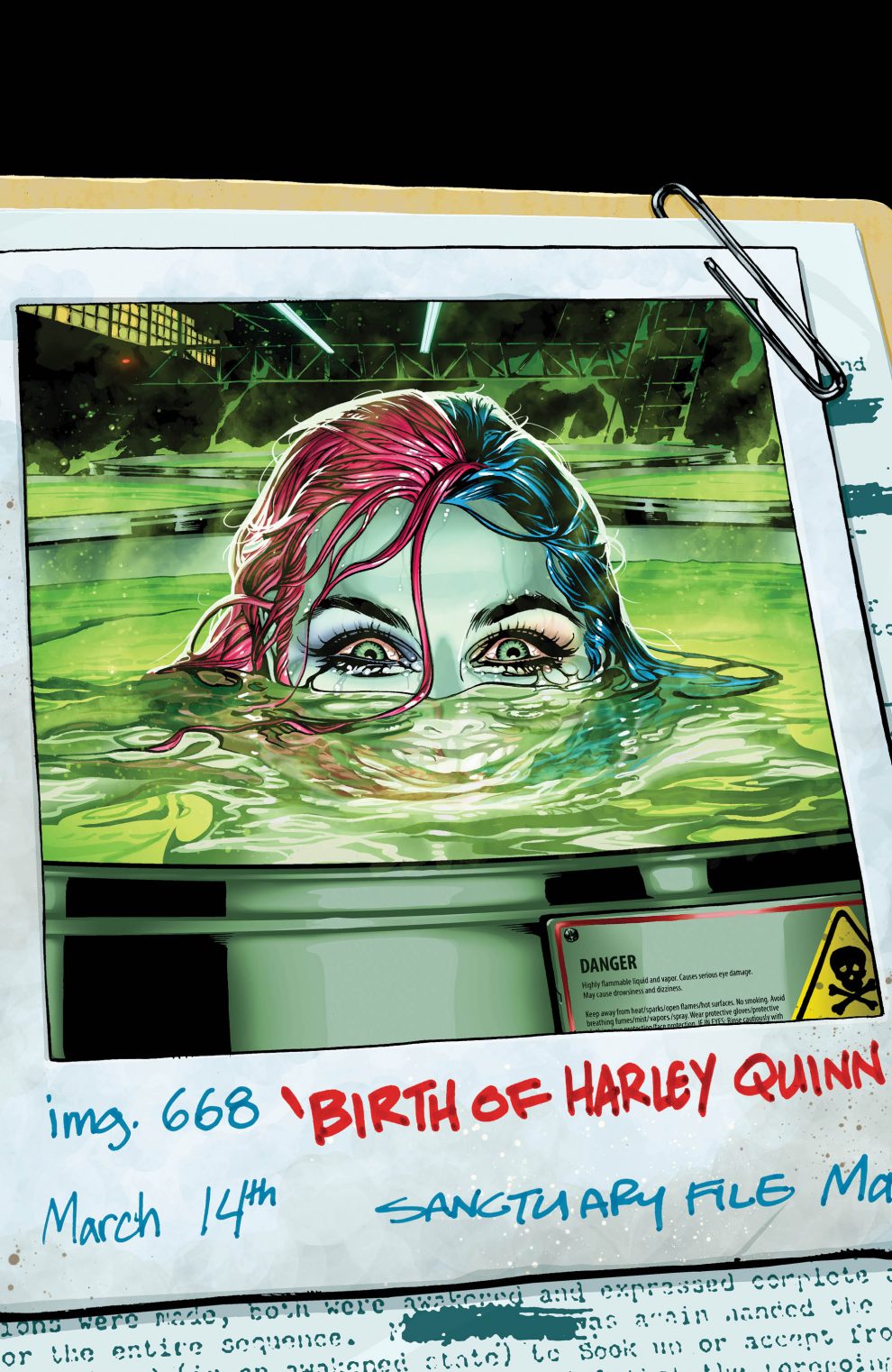 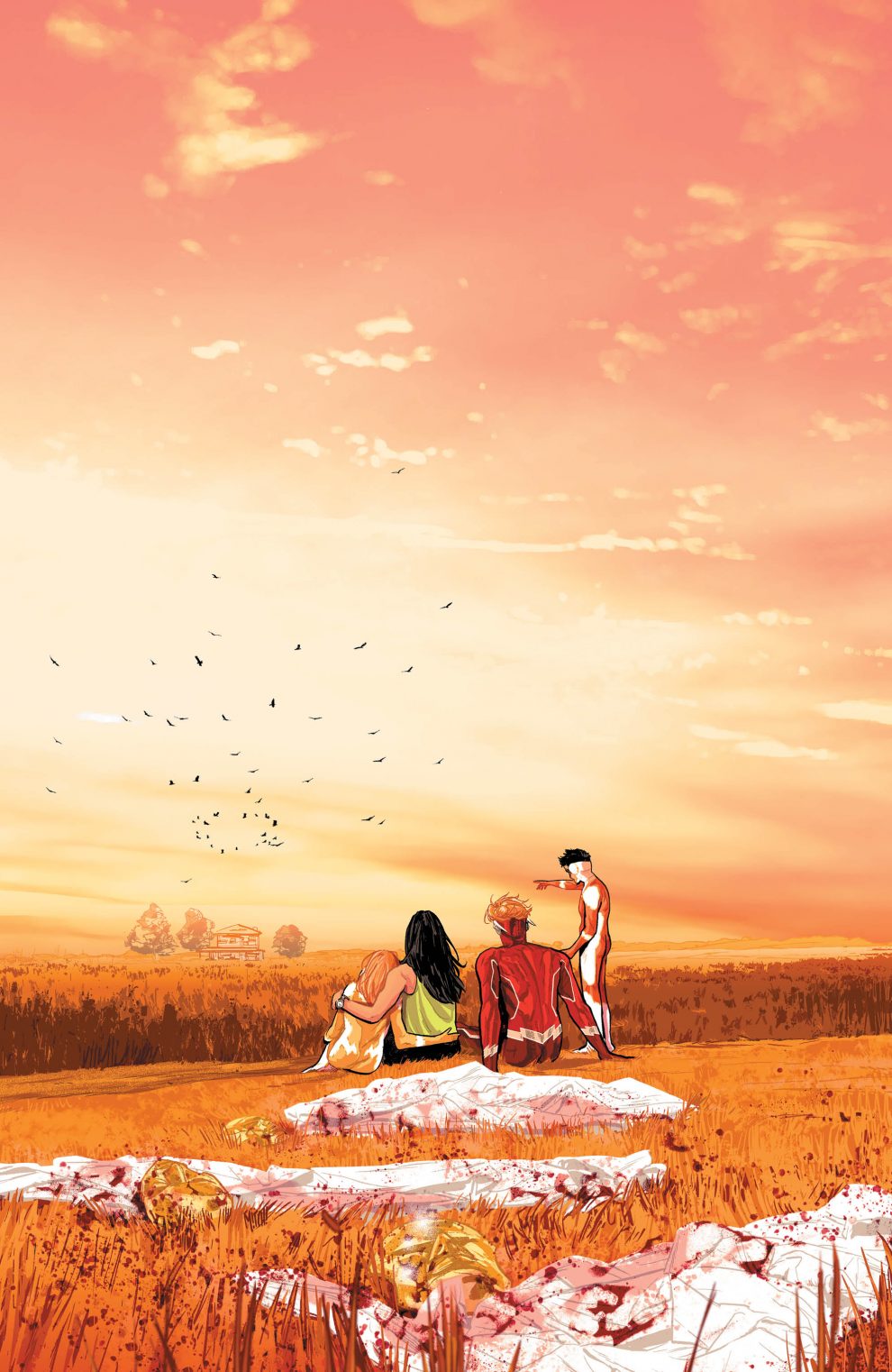 Yes, I’m full of old sayings and fortune cookie wisdom today. Wally West was a hero, there’s no denying that. We’ve all been given responsibility in our lifetimes, I know I have. Usually I’ve handled it well and managed it to the very best of my ability. Imagine having the powers of a god, keeping them under control, and the responsibilities and burdens that having those powers brings. Everyone has lost control at some point or other… but, unlike Wally West, losing control for the average person doesn’t have the same ramifications. If a superhero were to lose focus, even for a few seconds, the consequences could be devastating.
Tom King, artists Mitch Gerads and Travis Moore have shown us a hero at his limit. We’ve seen a man shaken to his core and damaged in ways that we cannot comprehend, though hopefully we can at least partially understand. Personally, I think most of the damage had been done long before Wally even got to the Sanctuary, but what he learned there was the straw that broke the camel’s back.
Ain’t that the truth?

So, now we have our answers. Were they the ones we wanted? Probably not, but we don’t always get what we want. Next month we’ll see the ramifications and experience the fallout. How will Barry, Bruce and all of Wally’s nearest and dearest react? How will Harley and Booster feel now that the world knows the truth?

Time heals all wounds. You live and you learn. The Candle that burns twice as bright, burns half as long. After eight long months we finally know what happened at the Sanctuary, so does Lois Lane and, soon, so will the rest of the DC Universe at large. I know that this series has affected me, so how will the heroes of the DC Universe feel when they have the truth revealed?
Join me here next month, and we’ll talk about it.