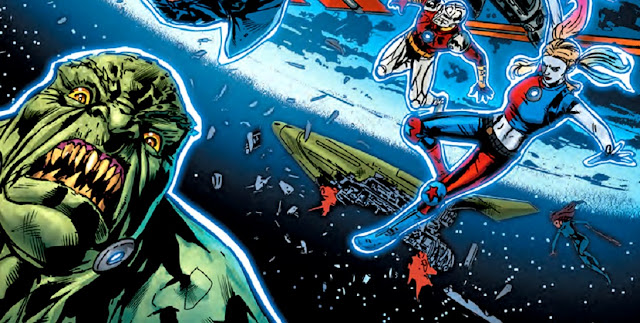 “Fugitive From Myself”  and  “Rota Fortuna” – Part Six 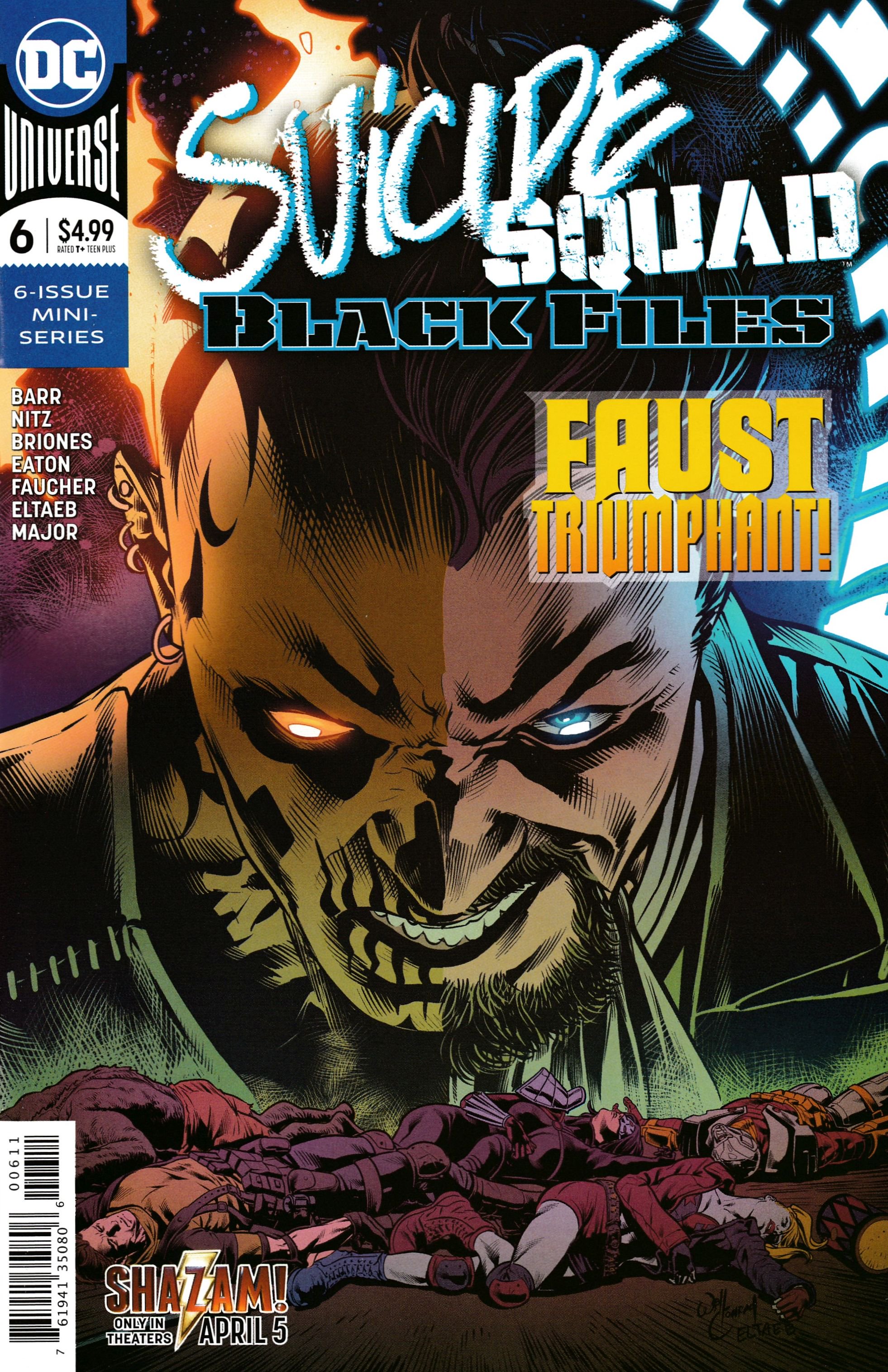 Writers: Mike W. Barr and Jai Nitz
Artists: Neil Edwards, Roger Robinson and Wayne Faucher
Color Artists: Gabe Eltaeb and Guy Major
Letterer: Dave Sharpe
Review by Sam McTernan
Warning – This review contains a few spoilers.
We’ve reached the end of the 6 part Suicide Squad Black Files mini-series. Its certainly been a tale of ups and downs, both within the stories themselves and the creative teams’ way of telling them.

This story initially enticed me over the first few issues. However, as it moved on, I’ve found the story just felt dragged out. It probably could have been told in half the pages and been a much better experience. Although admittedly the concept of Eve and Katana swapping bodies and the implications of that was worth exploring.  I can’t really fault the art though, I feel this improved throughout the run.
The story ends on a strange note, Kobra has gone from being compared to Bin-Laden (something which I found a bit unnecessary) to stopping everything for the love of Eve? It just didn’t add up. Kobra walks off into the sunset with his love, no questions asked, Whilst Katana the story’s hero and assumed winner, is left without her husband whom is still trapped? What? 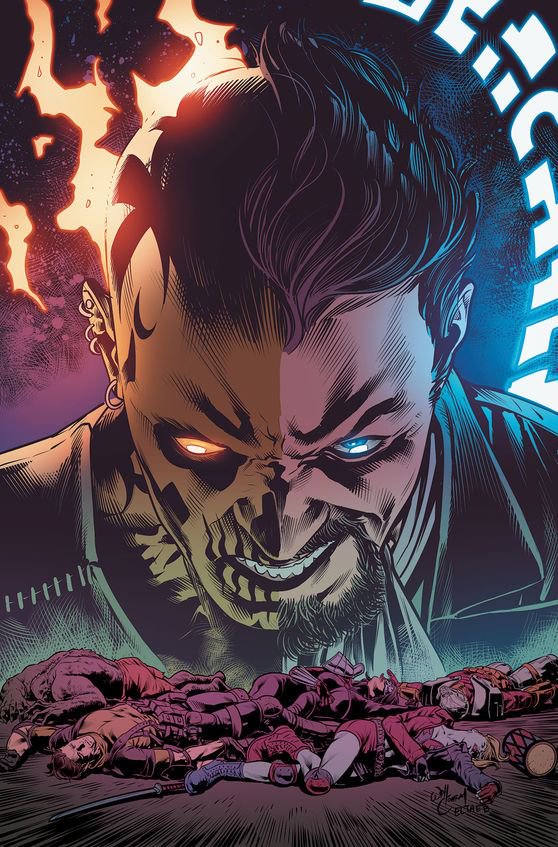 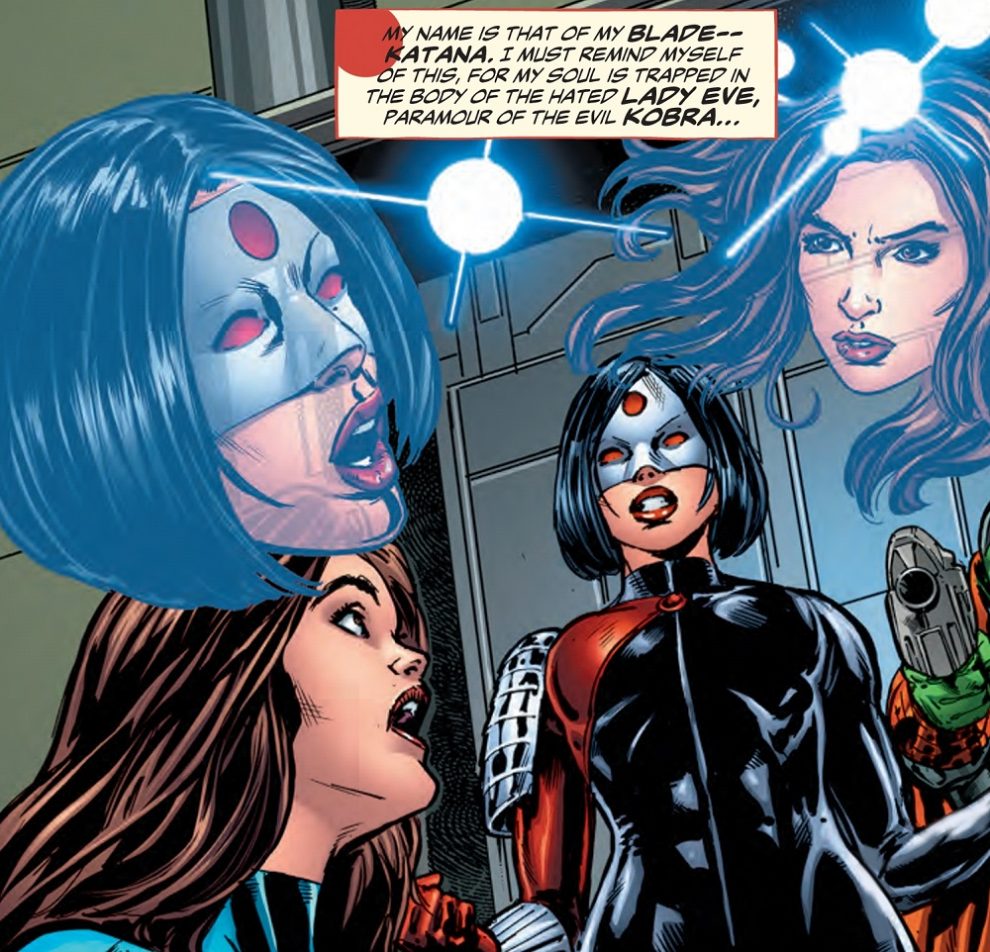 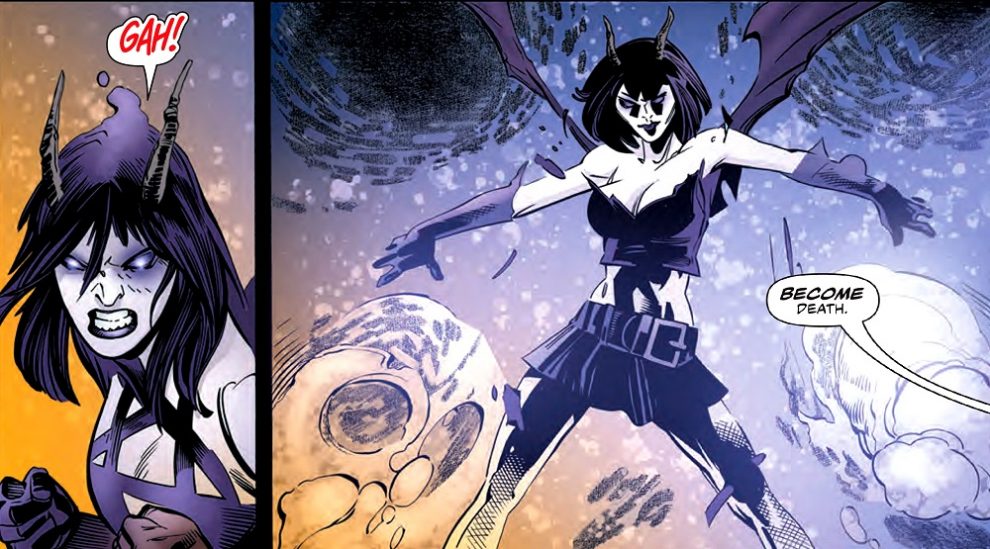 I’ve loved reading the exploits of Suicide Squad Black. This issue was no exception. Yet again we see the new squad show why they deserve to be taken seriously. Gentleman Ghost was a key player in this story-line and Jai Nitz’s ability to write all of these wonderful quirky characters and make it work was genius.
We finally see the squad end their war with Sebastian Faust in a story filled with, action, love and magic. It ends perfectly in my opinion and has cemented Suicide Squad Black as a viable future endeavour.

Overall the Suicide Squad Black has been the clear highlight of this series. In all honesty I would have quite happily just read about their exploits in a full issue. It would probably have been better to have smaller back up stories to go along with it than a full 6 part story with Katana.
Going forward I can only hope that the powers that be at DC keep Suicide Squad Black as a main feature. It has heaps of potential and deserves much more than just this limited run.