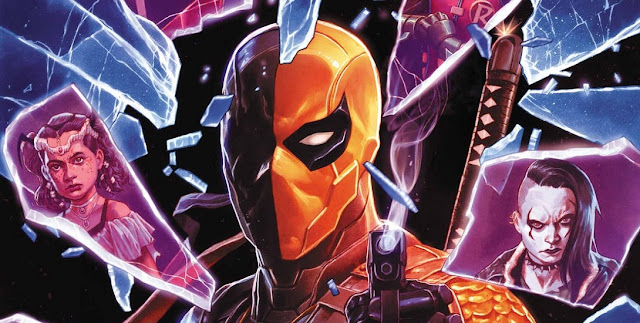 “The Terminus Agenda” – Part Three. No, dear reader, this isn’t a mistake. Before picking up this issue I highly recommend picking up Deathstroke #42 which is chapter two. This issue will make a lot more sense that way. Cool? Then I shall continue.
Damian Wayne/Robin and the Teen Titans have captured Deathstroke and placed him in the prison that Damian and Emiko had created for the worst of the worst. Kid-Flash has discovered this underground penitentiary and has some well justified concerns. 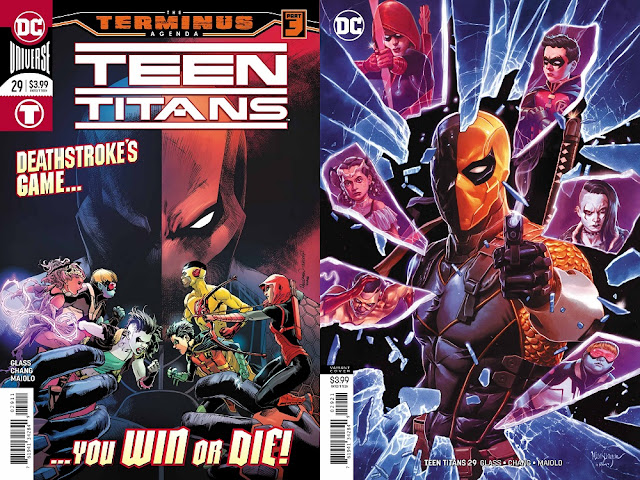 Positives
As always this issue is beautifully drawn and Adam Glass writes amazing dialogue. The pace of the issue is frenetic and the action scenes are great. Damian Wayne’s prison is little more than a Gulag and, while I personally still think it’s better than some of these crooks deserve, it’s highly illegal. Wallace West’s indignation is more than justified. The parts of this issue which focus on the Titans themselves is brilliantly handled, with Bernard Chang and Marcelo Maiolo delivering outstanding visuals (par for the course with these two amazingly talented creators). Andworld design have taken over the lettering duties this issue and keep the quality that Rob Leigh has maintained throughout the run. 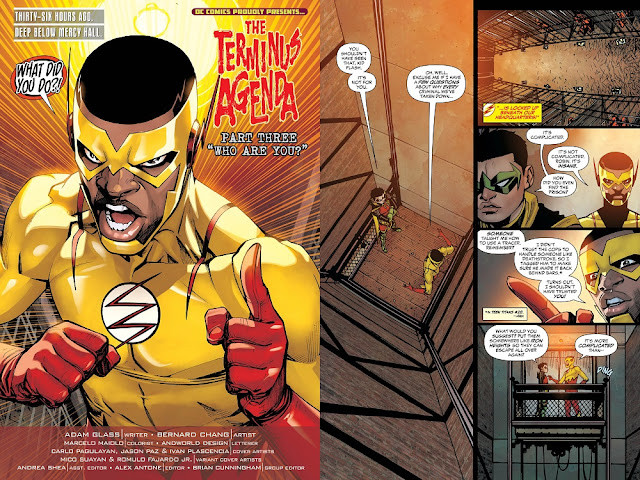 Adam Glass writes these characters brilliantly and delivers terrific action and emotion in this issue. Deathstroke clearly knows how to push all Damian’s buttons and the results are explosive, to say the least. The best thing about Teen Titans #29 though, is the way Glass intersperses brilliant and touching character moments between the martial arts and mayhem. Look out for some brilliant personal scenes between Crush and Roundhouse, and later Crush and D’Jinn. They’re beautiful.

Three quarters of the way through this crossover and I’m wondering what the point was. Yes, there’s some great action and interplay between Deathstroke and the team, but where is this all going? Unless the final chapter in Deathstroke #43 delivers some real shocks, it just seems like “The Terminus Agenda” was a crossover for the sake of having a crossover. 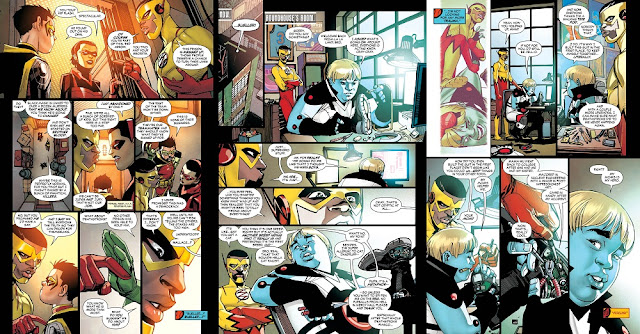 Verdict
Aside from some nice moments between the members of the group and Wallace confronting Emiko and Damian about their prison, the last two issues have seemed like a bit of a waste of time. While I love Deathstroke (I also read and collect his title) I feel like this whole arc was unnecessary. I guess I’ll just have to enjoy it as an action story, but as a crossover (so far) it all seems a little pointless.