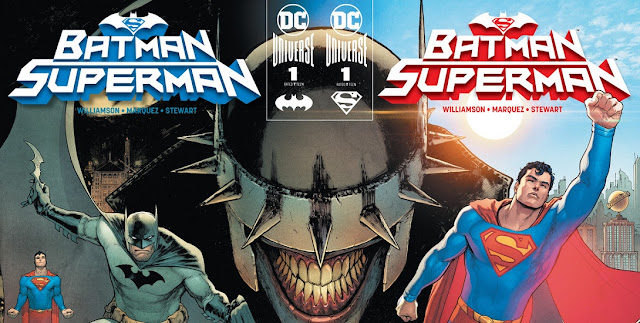 Article by Philip Clark
If there’s one thing comics fans love, it’s crossovers!
DC are giving us exactly what we want with a new ongoing Batman/Superman title. The series will be written by Joshua Williamson and David Marquez.
When is this glorious comic coming to our shelves you ask? August! That’s as much information as we have right now. But you’ll get the information as soon as we do! 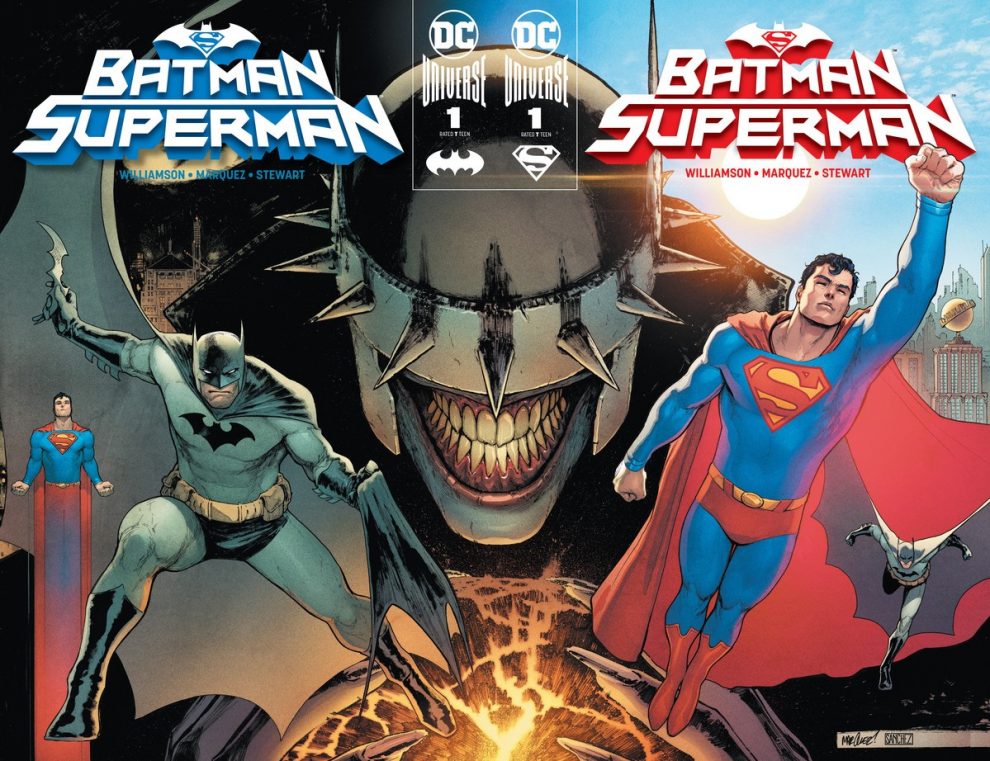 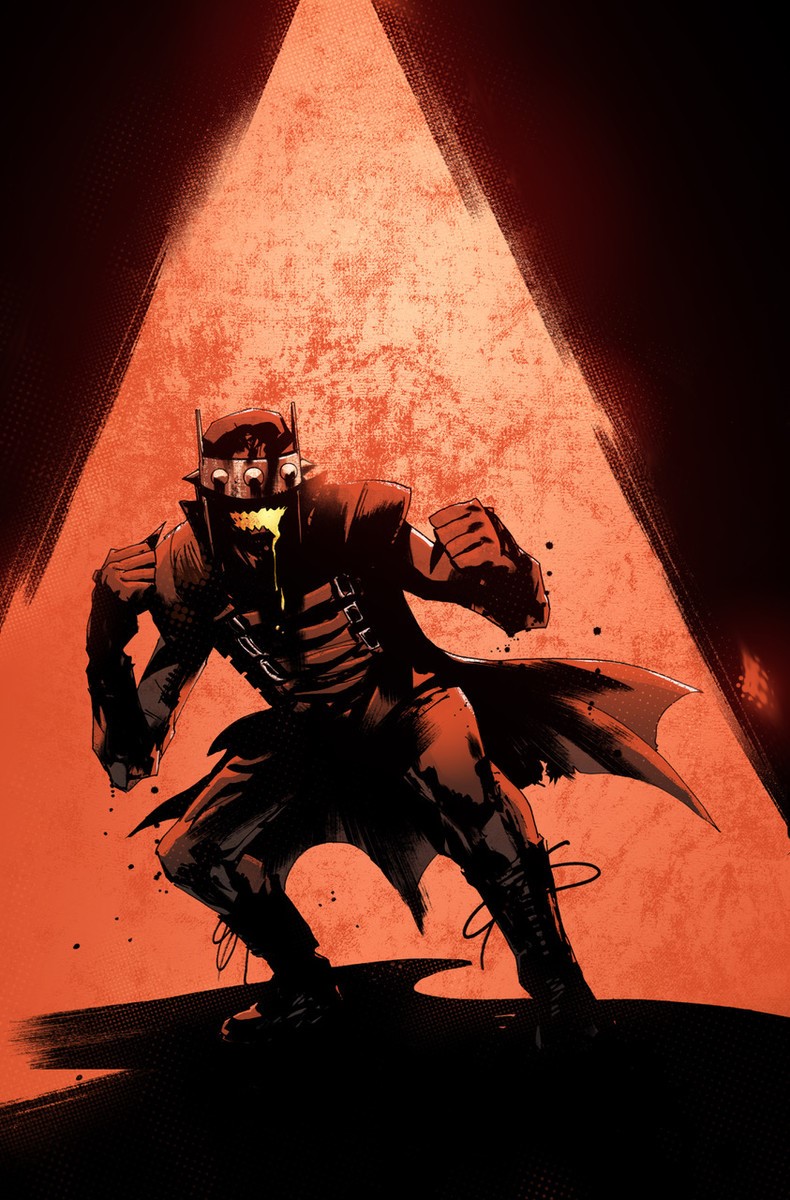 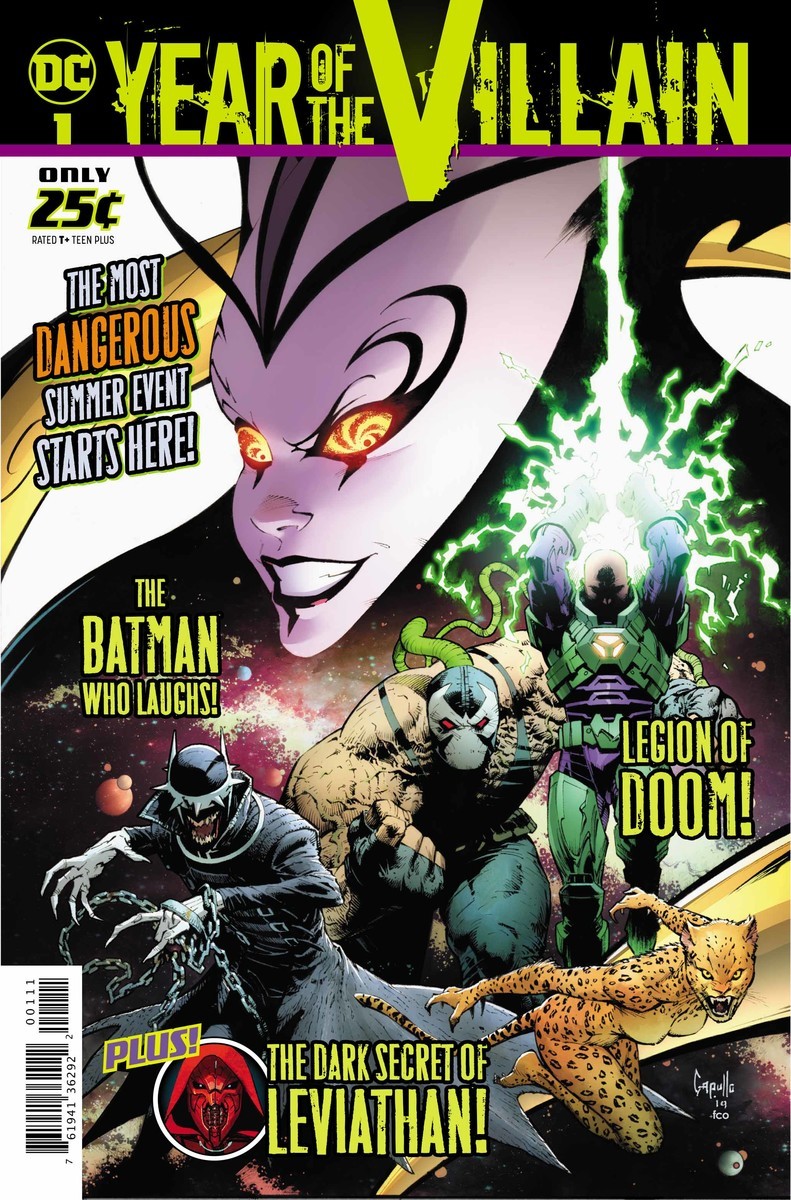 For now, here’s a nice outline of what DC has in store for us;

Up in the sky, in the dark of the night, trust no one—for the Secret Six walk among us! Spinning out of the devastating events of DC’s THE BATMAN WHO LAUGHS, Superman and Batman join together once more in an all-new monthly comic book—and they’re facing a terrifying new threat that could strike from anywhere. Writer Joshua Williamson (THE FLASH, JUSTICE LEAGUE/SUICIDE SQUAD) and artist David Marquez (Civil War II, Avengers) announced today in an interview with THR’s Heat Vision that DC’s World’s Finest Heroes will team-up in BATMAN/SUPERMAN, debuting on August 14, 2019.
To launch the new DC series, the first arc of BATMAN/SUPERMAN will follow the two titular heroes as they hunt down six infected heroes in the DCU—people revealed to be infected by the Batman Who Laughs with a deadly pathogen that violently transforms them into the evilest versions of themselves. The Dark Knight and the Man of Steel must journey into the depths of Gotham City to learn which of their fellow heroes has been transformed into the horrifying horseman of their most dangerous and deranged foe ever.
But before the Caped Crusader teams up with The Last Son of Krypton this August, DC will extend Scott Snyder and Jock’s thrilling mini-series THE BATMAN WHO LAUGHS to a surprise seventh issue, highlighting the final showdown between Batman and the Jokerized version of himself who originated from the Dark Multiverse in DARK NIGHTS: METAL. Bruce Wayne will have to outsmart Bruce Wayne in this ultimate test of good vs. evil, so don’t miss the finale to the epic miniseries that will tear up the very foundations of Gotham City!

Exciting, right? Will you be picking up this new title? Let us know.
Images Courtesy Of DC Entertainment
(This article was originally published on the Dark Knight News website on April 30th 2019)