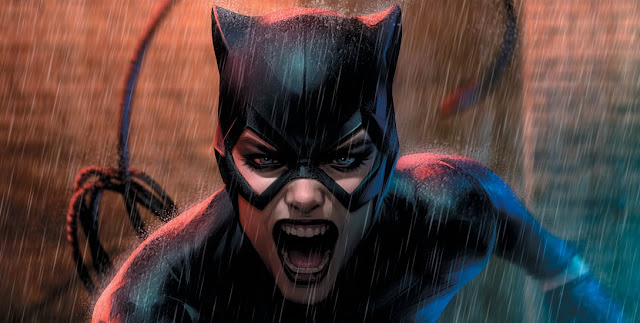 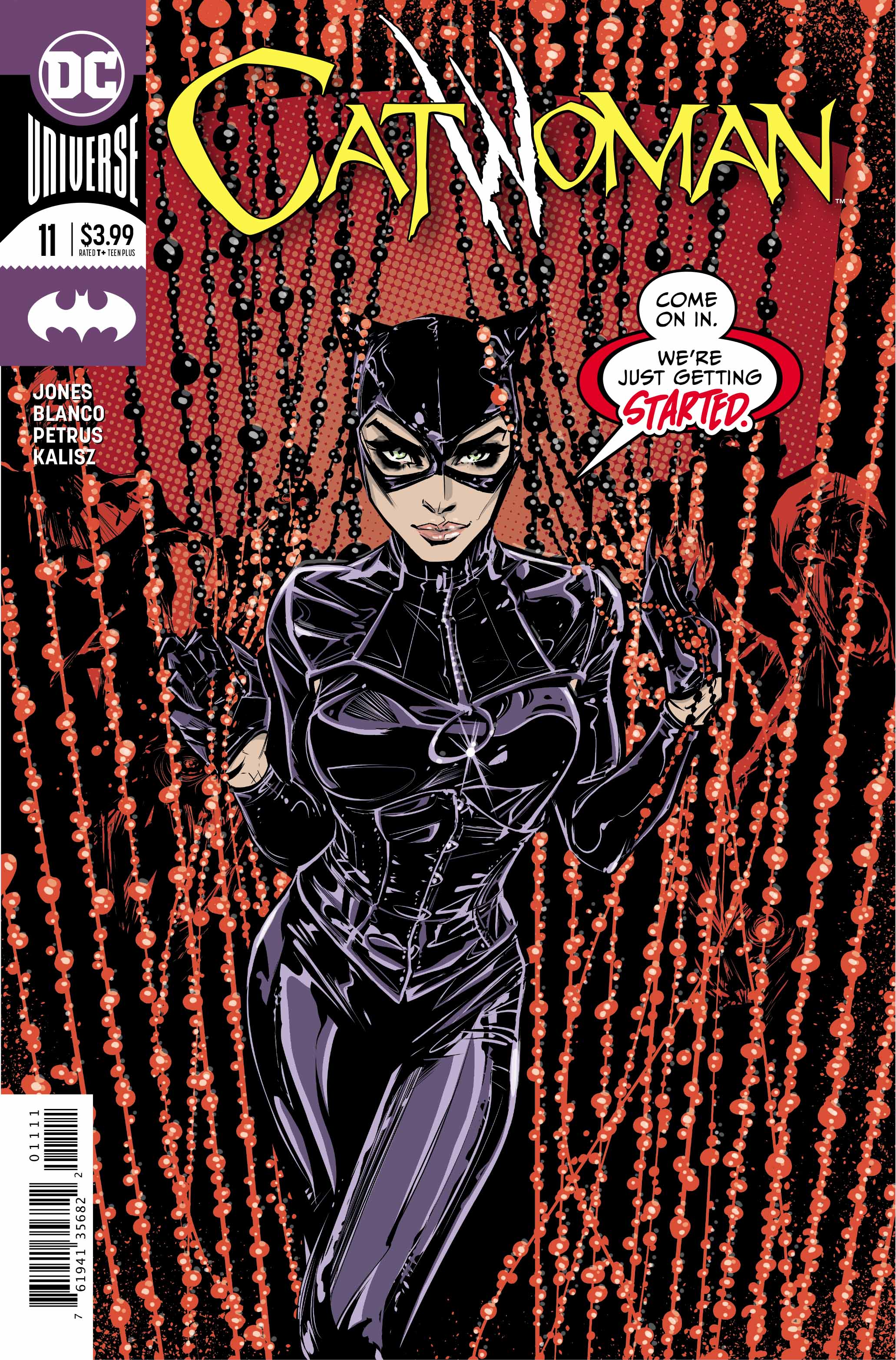 Writer: Joëlle JonesArtist: Fernando Blanco and Hugo Petrus
Color Artist: John Kalisz
Letterer: Saida Temofonte
Review by Adam Ray
Catwoman #11 has an ambitious opening, with two very different scenes playing off each other. From silent, fight action, to the glam of the red carpet of a superhero movie. I’m pleasantly surprised that a world with super heroes would be interested enough to make films about them. It’s also quite funny – but perfect form from Joëlle Jones – to have it be a female superhero film, due to there being too few in our world.
The quality of the action in the opening sequence; Catwoman negotiating the traffic to rescue her friend, as we saw in the previous issue was remarkably well paced. Having it silent, without a single word of dialogue, speeds it up – coupling it with the glamorous movie screening. Readers are hurtling alongside Catwoman, wondering how bad the wreck will be at ‘The Quantum Conjurer’ premier. 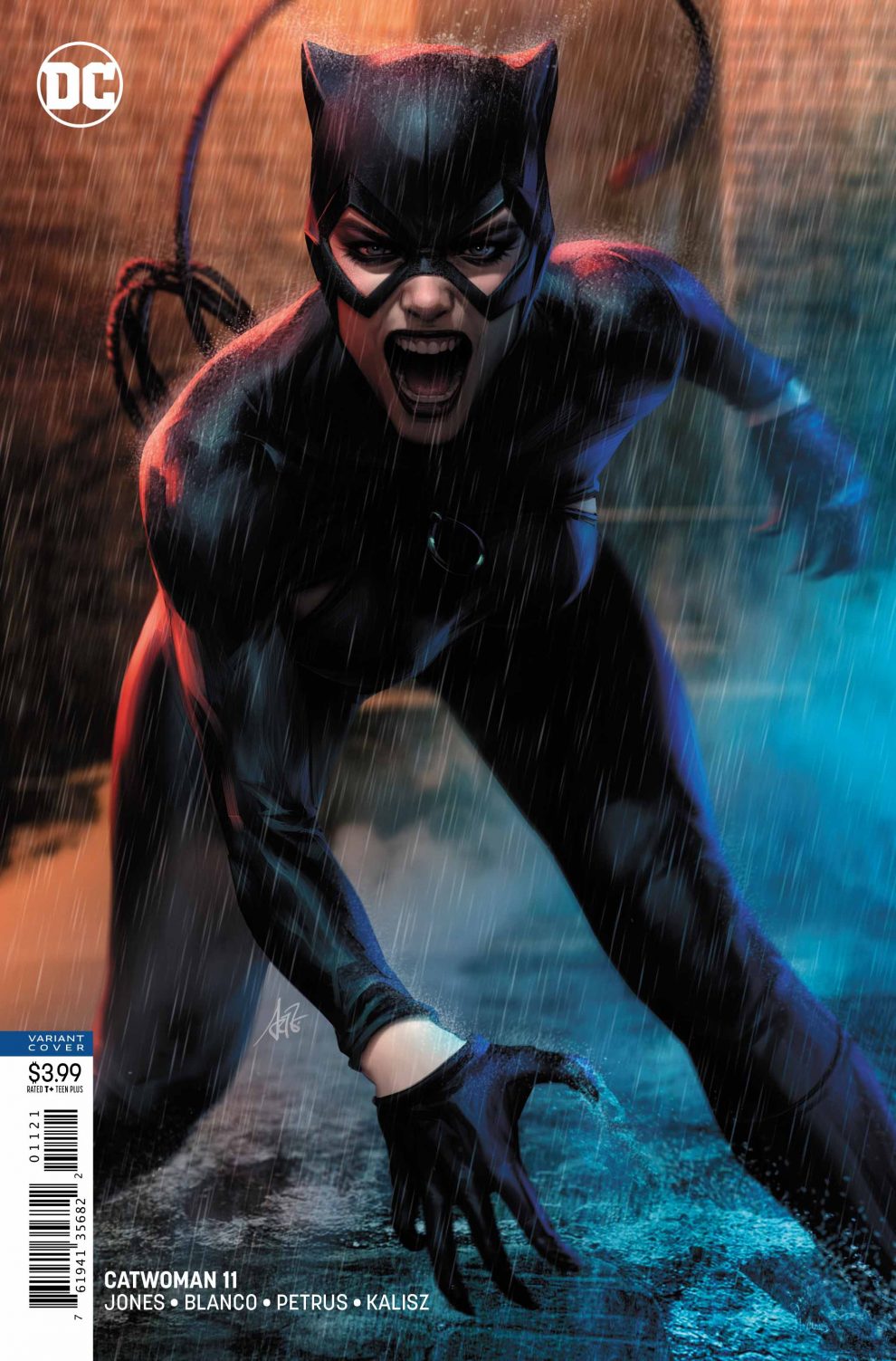 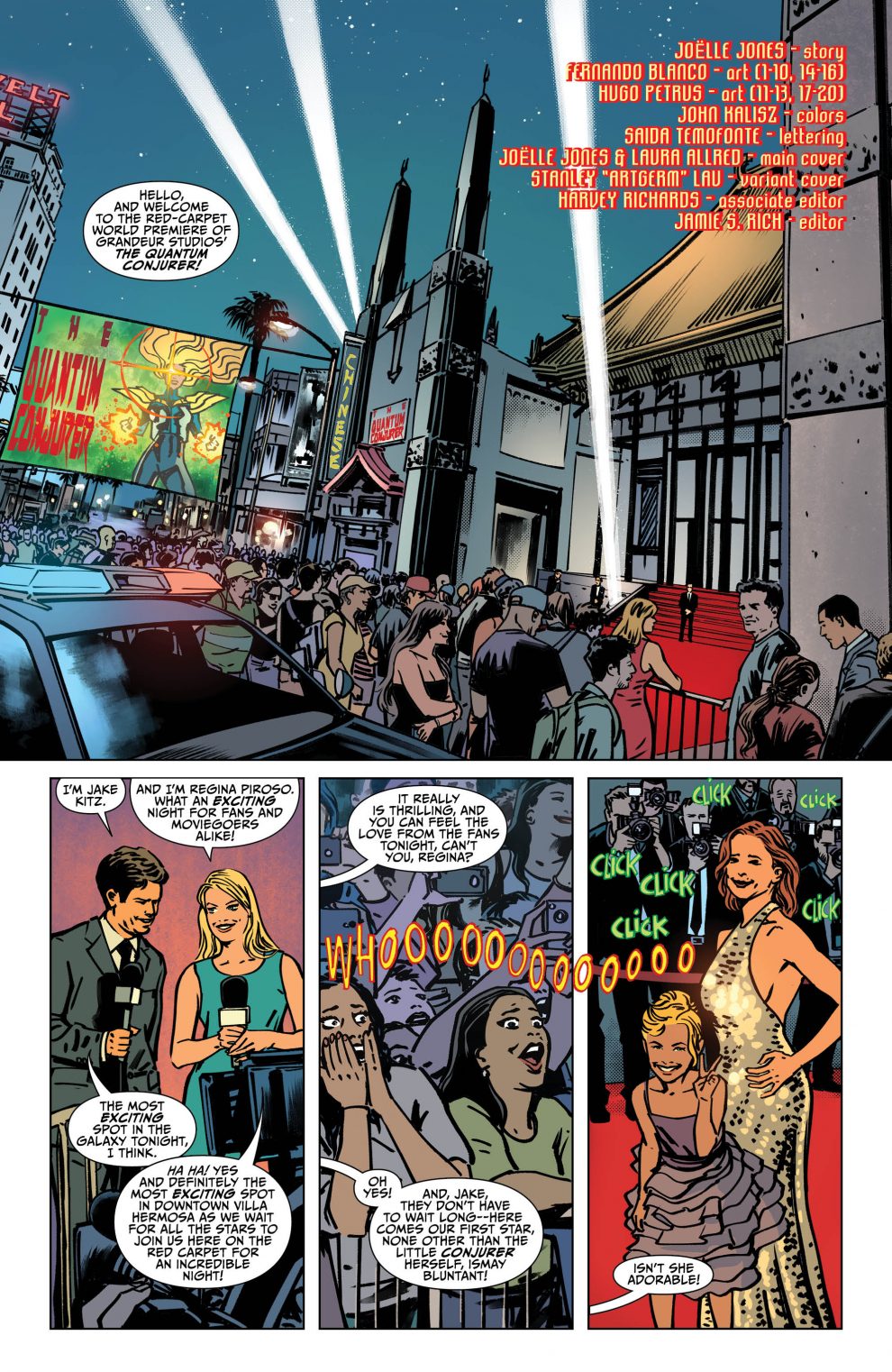 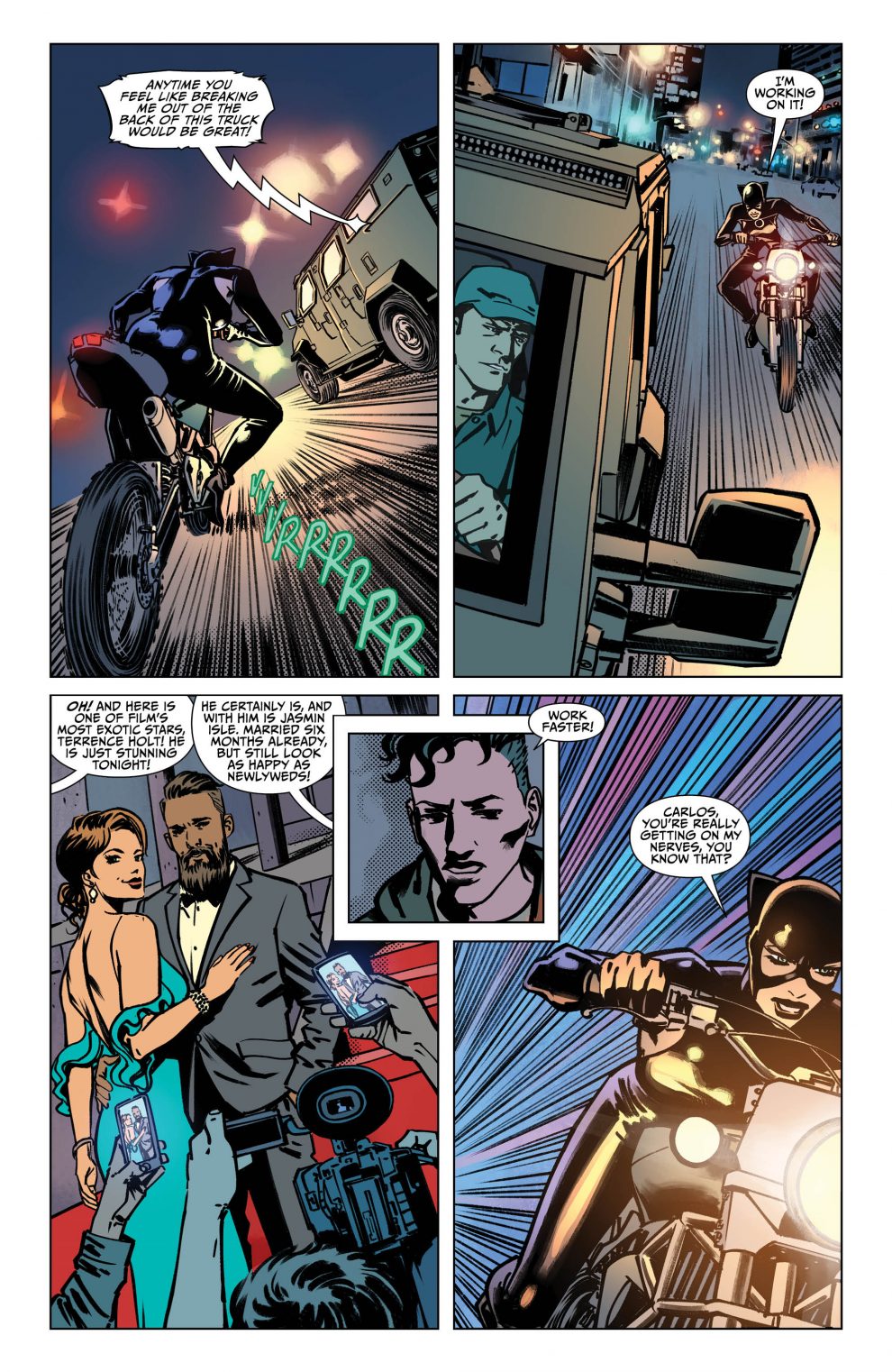 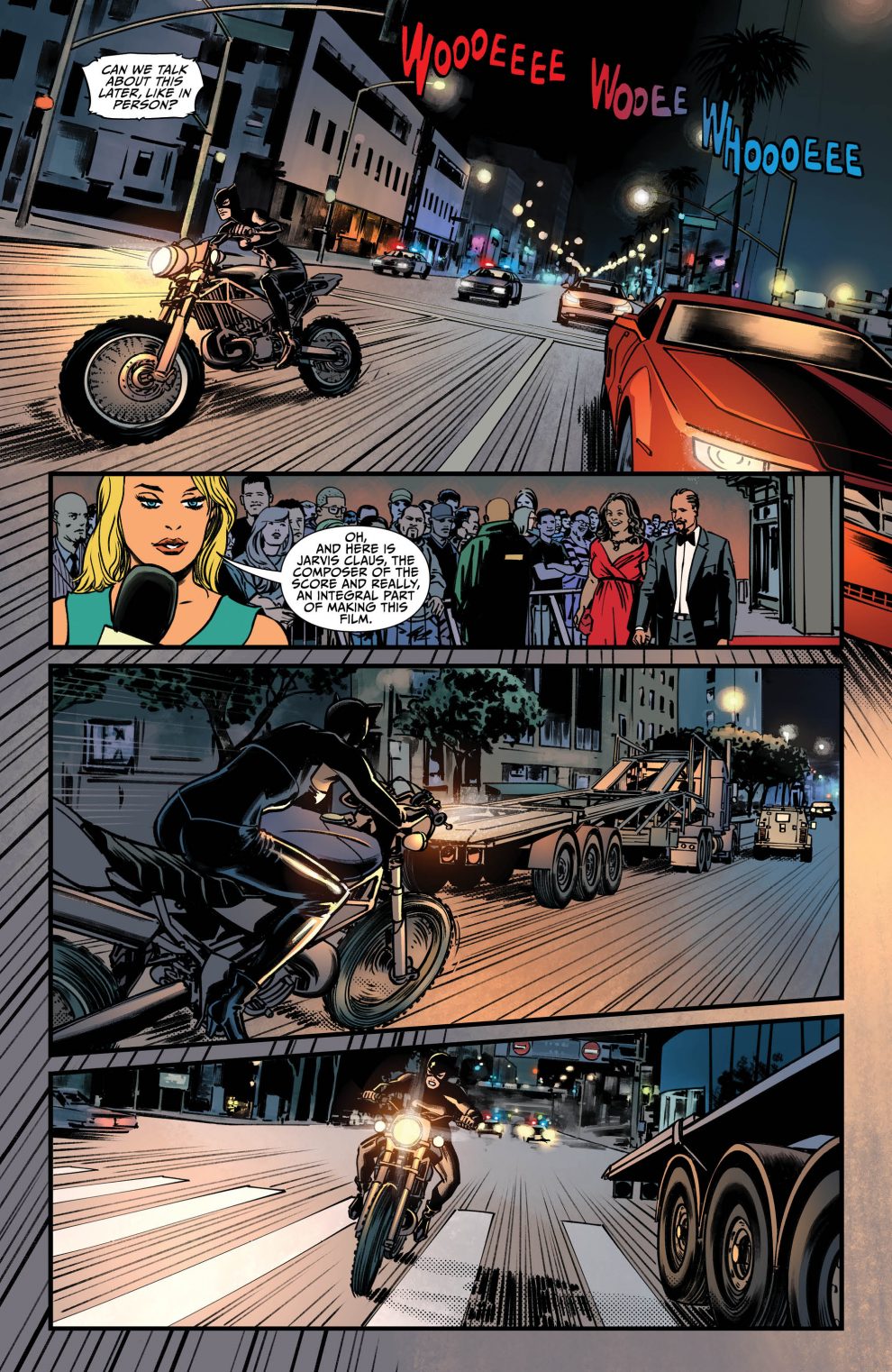 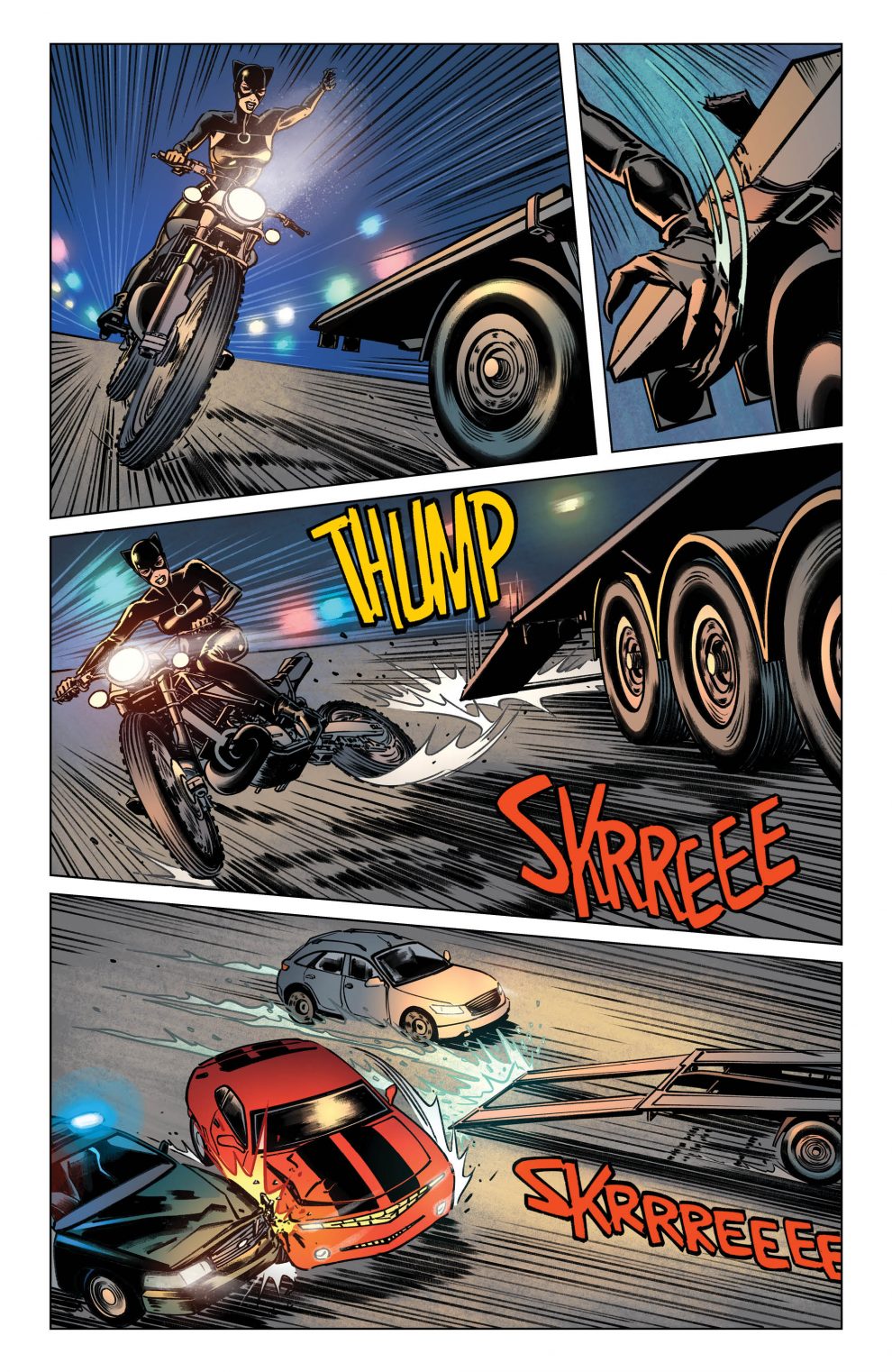 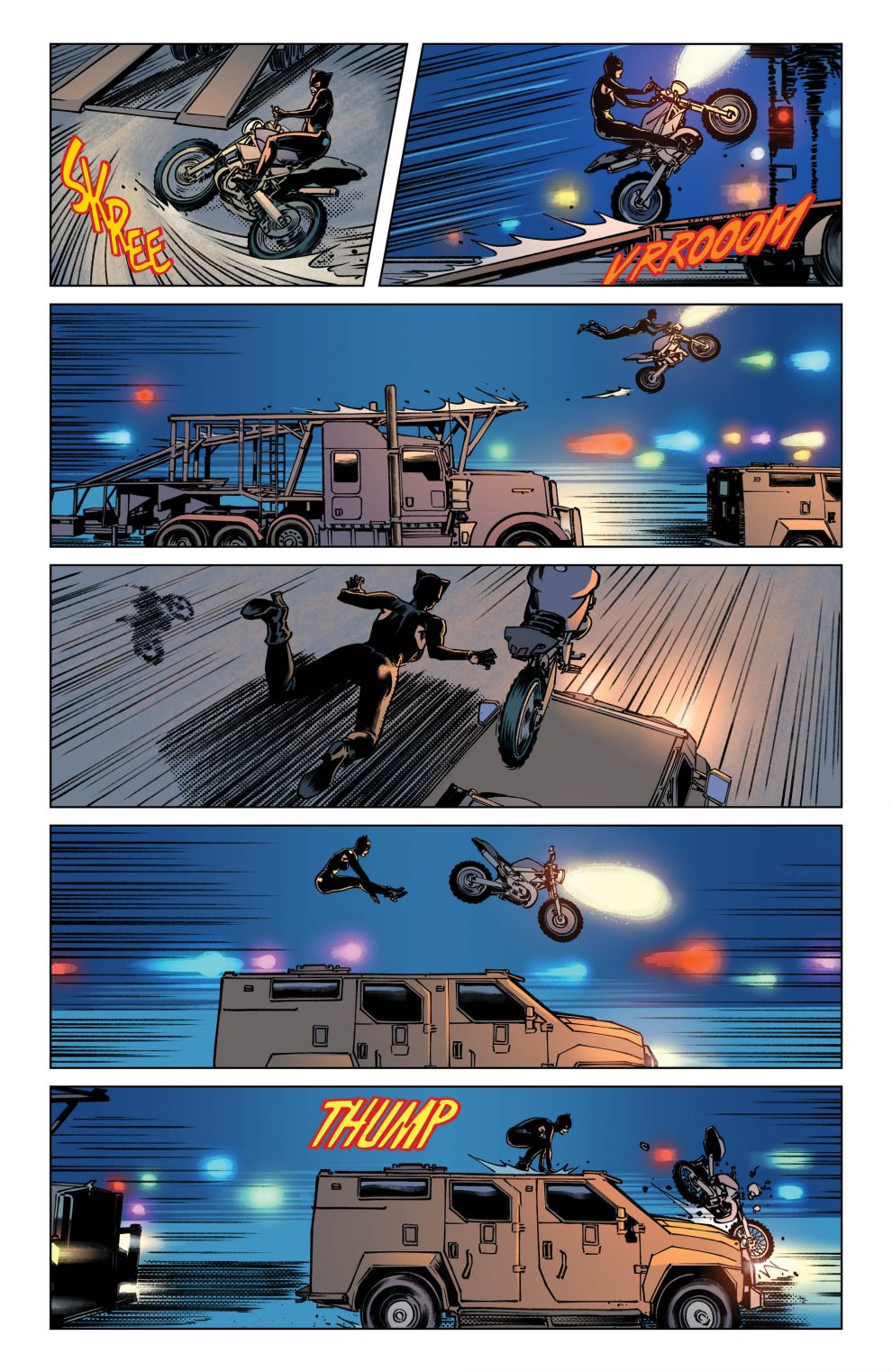 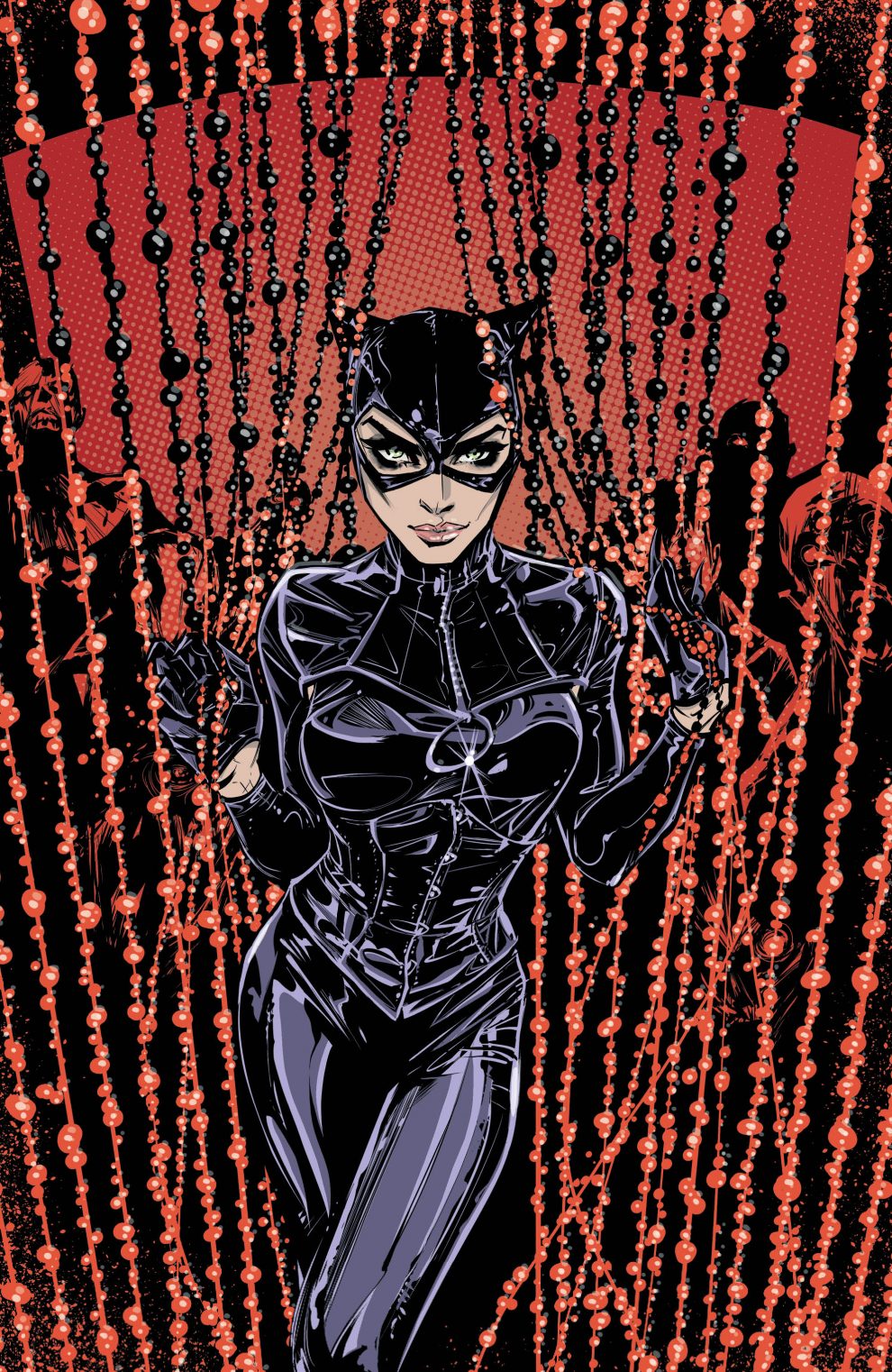 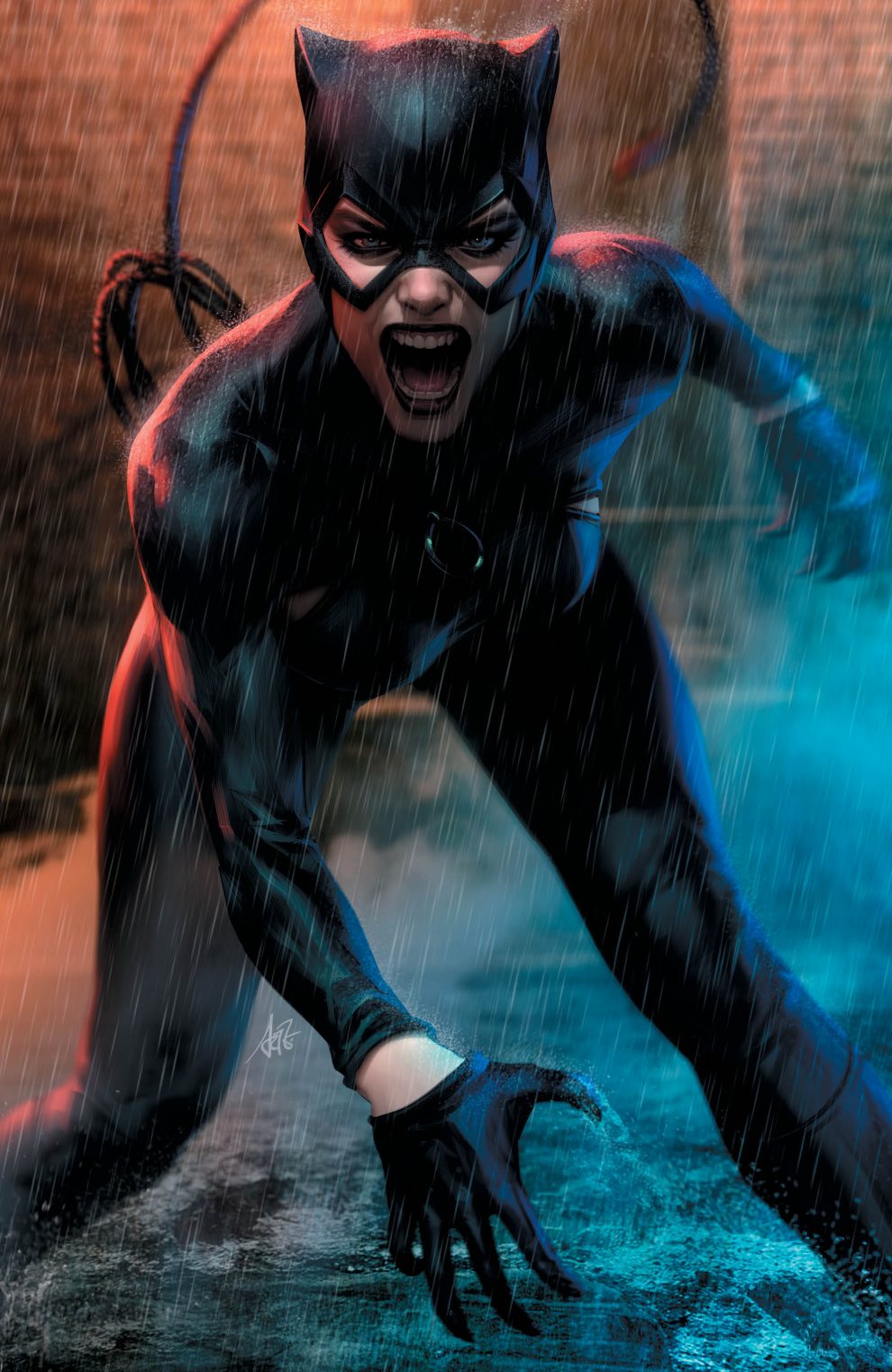 Some villains can’t be taken down the normal ways, they keep coming back, much like the hardy cockroach. That’s why we love them. It’s an interesting turnaround to see a fairly middling character recruited by the villain to deal with the hero. So many stories involve things going the other way around.

Jones has filled Catwoman #11 with lots of little tweaks to the genre. This issue has been one of the strongest in the run visually, but hasn’t done much for the ongoing story. What it has done admirably, is give an indication as to what further trials and tribulations our dear Miss Kyle could be facing in the coming issues. With the understated but dramatic ending, I think we have much to look forward to.