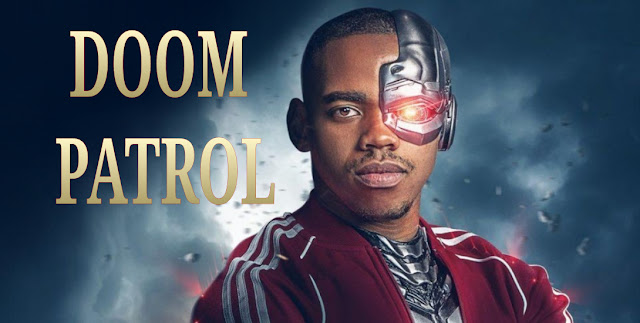 Director: Carol Banker
Writers: Robert Berens and Shoshana Sachi
Starring: Diane Guerrero, April Bowlby, Joivan Wade, Matt Bomer, Brendan Fraser, Phil Morris, Alan Tudyk, Devan Chandler Long, Jon Briddell and Ritchie Crownfield. With Riley Shanahan and Matthew Zuk.
The Bureau Of Normalcy have captured Cyborg and imprisoned him in the Ant Farm. Yep, these guys are complete and utter @$$holes. One can only hope that our heroes prevail and that these butt-heads don't succeed in their nefarious schemes. A Game Of Two Halves
As you've probably guessed from the title, this episode is centred in and around Cyborg, played by Joivan Wade. Since rebooting his system, Victor disabled "Grid", the cybernetic program which is the interface between him and his enhanced abilities. Without his super strength and weaponry, he was an easy target for the Bureau.

This talented young British actor impressed me long before his appearances on Doom Patrol, mainly due to his appearances as Rigsy in two episodes of Doctor Who. This week he delivers a stunningly powerful performance as a tortured soul, fighting for his sanity and his humanity.

Phil Morris returns as Silas Stone, Vic's father, this week too. The already strained relationship is pushed to its very limits in this chapter, and my emotions were left in turmoil by - yet another - devastating cliffhanger. 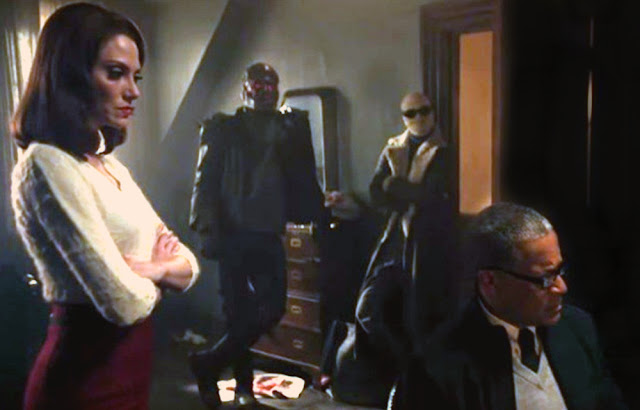 Even though the episode is Cyborg-centric, we still get some great moments from every member of the team. Matt Bomer's Larry Trainor exhibits the steely determination and cool intellect we've come to expect and April Bowlby continues to impress as the ever so la-di-da Rita Farr. Both characters have been through so much, and both are far stronger because of it, whether they realise it, or not.

The relationship between Larry and Rebis continues to evolve, and Rita's strength and confidence is growing episode by episode. The way this show weaves really well written character development amongst all the lunacy is a constant source of delight.

Diane Guerrero gets some amazing one-liners and a favorite face of Jane's makes a (semi) welcome re-appearance too.

Brendan Fraser/Riley Shanahan continue to floor me with their comedic timing, expletives and the perfect symbiosis of their vocal/physical collaboration. They make it very hard to believe that it's actually two people playing Cliff Steele. 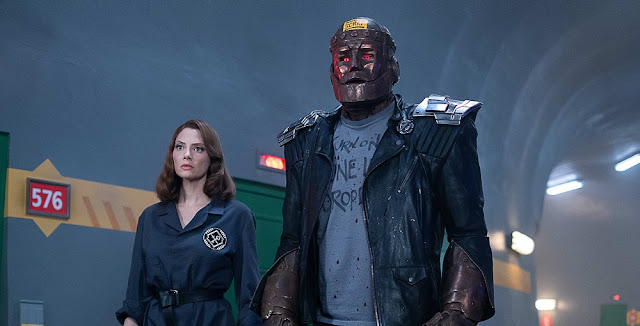 The Lunatics Have Taken Over The Asylum

Ah... the lunacy. This show is one of the craziest ever made, but that's just part of what makes it so great. The quality of the writing, acting, production values and direction come together so well that every epsiode is a treat for the senses. These characters, considering how surreal the scenarios, are some of the most real, deep and complex I've ever encountered.

I'm not just talking about the main cast either. Keep a well-peeled eye out for the gentleman in the cell next to Victor, and pay close attention to everything he says. The way this show's written leaves nothing to chance, so characters that appear minor, lines which may have seemed throwaway, or small occurrences have tended to lead to far more. I'm sure that the events of this episode will come back to bite our heroes on the butt at a later date. 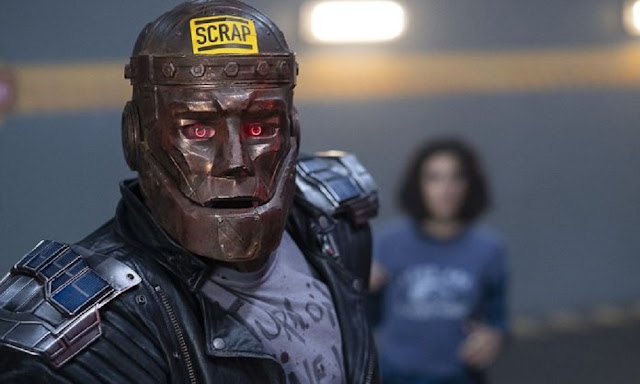 This episode has delivered the quality, crazy and excellence that I have come to expect from this wonderful series. Shocks, laughs, emotion and action. As always the pieces of the puzzle are slowly coming together and the Bureau Of Normalcy proves that they're not all they're cracked up to be. Honestly, if they don't watch their asses, could end up being the butt of the joke.

I love this show.