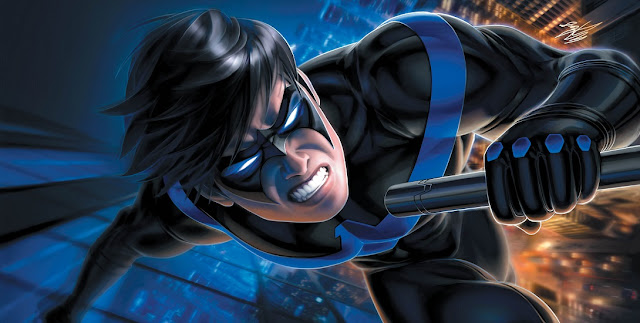 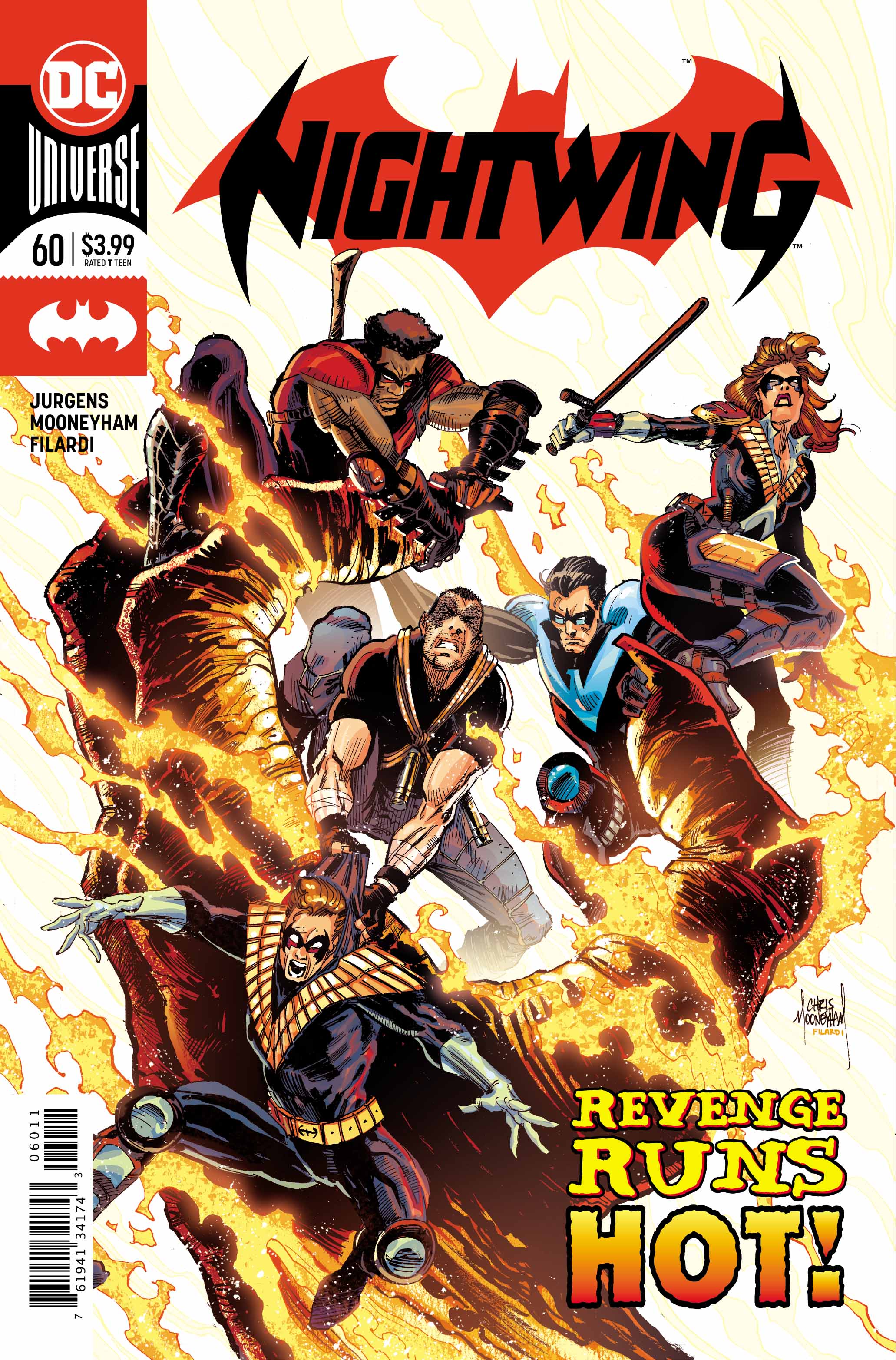 Nightwing #60 follows hot on the heels of last month’s issue, with Ric Grayson and Mal Hutch facing off against Burnback. Who is this monster? How is he connected to Nightwing Red and Alphonse Sapienza’s all new team of Nightwings? This comic’s on fire!
I’m so happy that two of the comics I physically buy and collect every month are written by Dan Jurgens. Don’t get me wrong, I believe that this series as been consistently excellent for years, but having a legendary comics writer re-interpreting a vintage comics character is a thing of beauty. Under Jurgens’ pen Sapienza and the Nightwings have become more real… and this is just his second issue! Having Ric name each new Nightwing and getting some background for Sapienza and his new team has really made my admiration of the characters, and my understanding of their motivations grow.
Jurgens knows how to pace a story and plant seeds for what we may expect next. His characters speak and act like real people and the histories he’s giving them make them interesting and believable. This gives the reader a real, palpable connection to every one of them.
Right at the end of the issue, Jurgens’ handling of the monstrous Burnback leaves us not just with a cliffhanger, but with a completely different emotional connection to a character who could’ve just been a burning rage monster in the hands of a lesser writer. 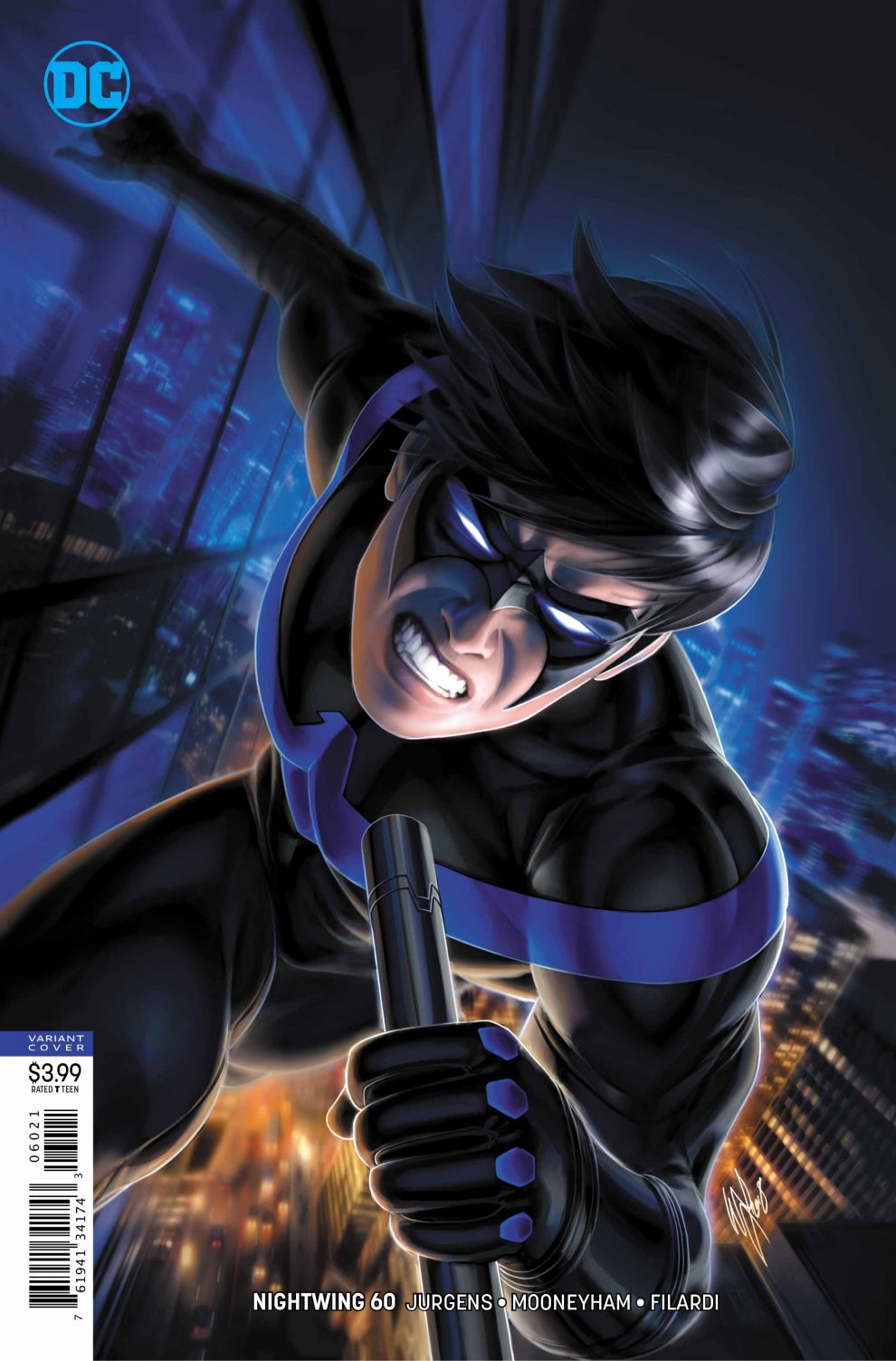 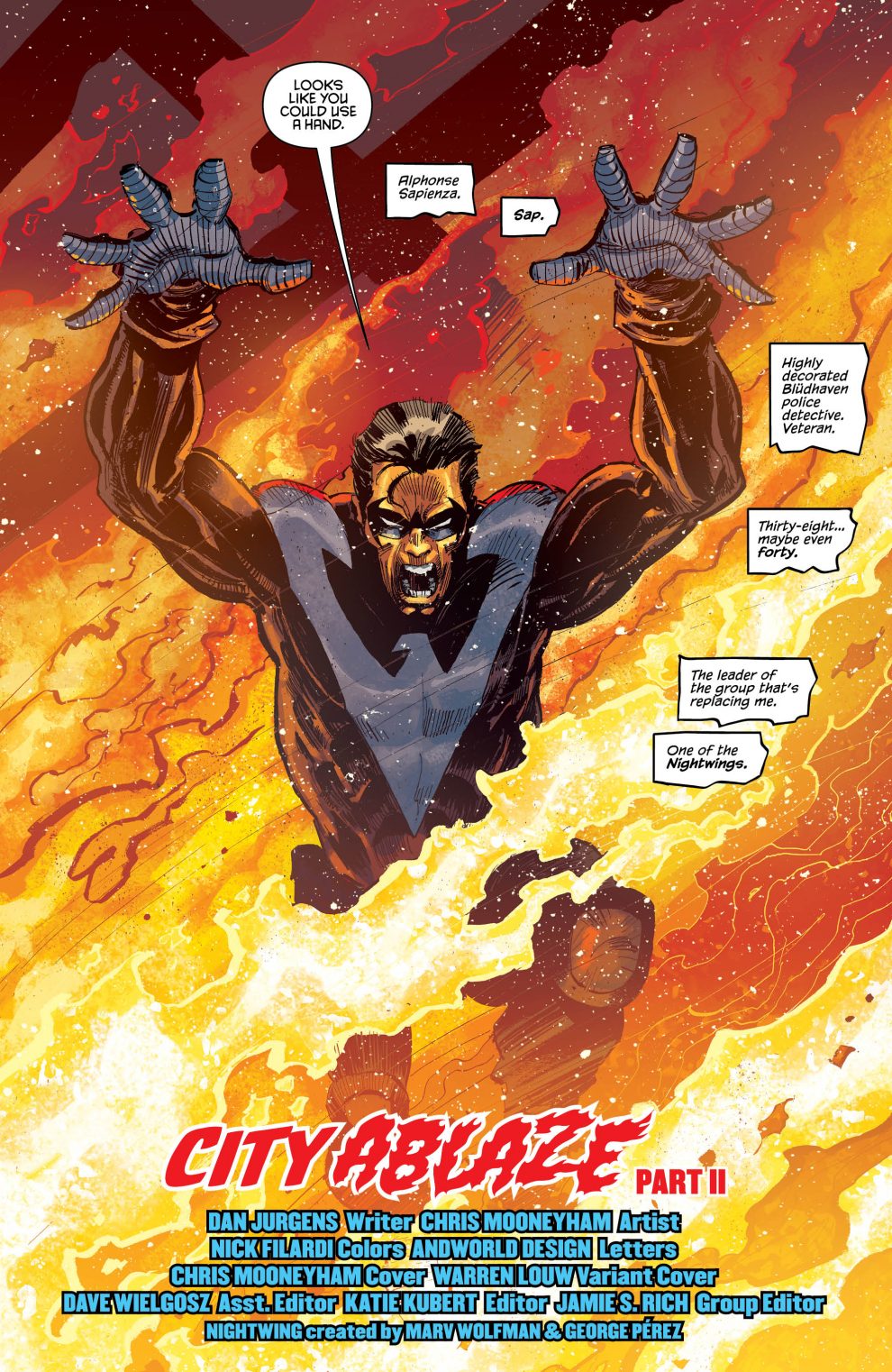 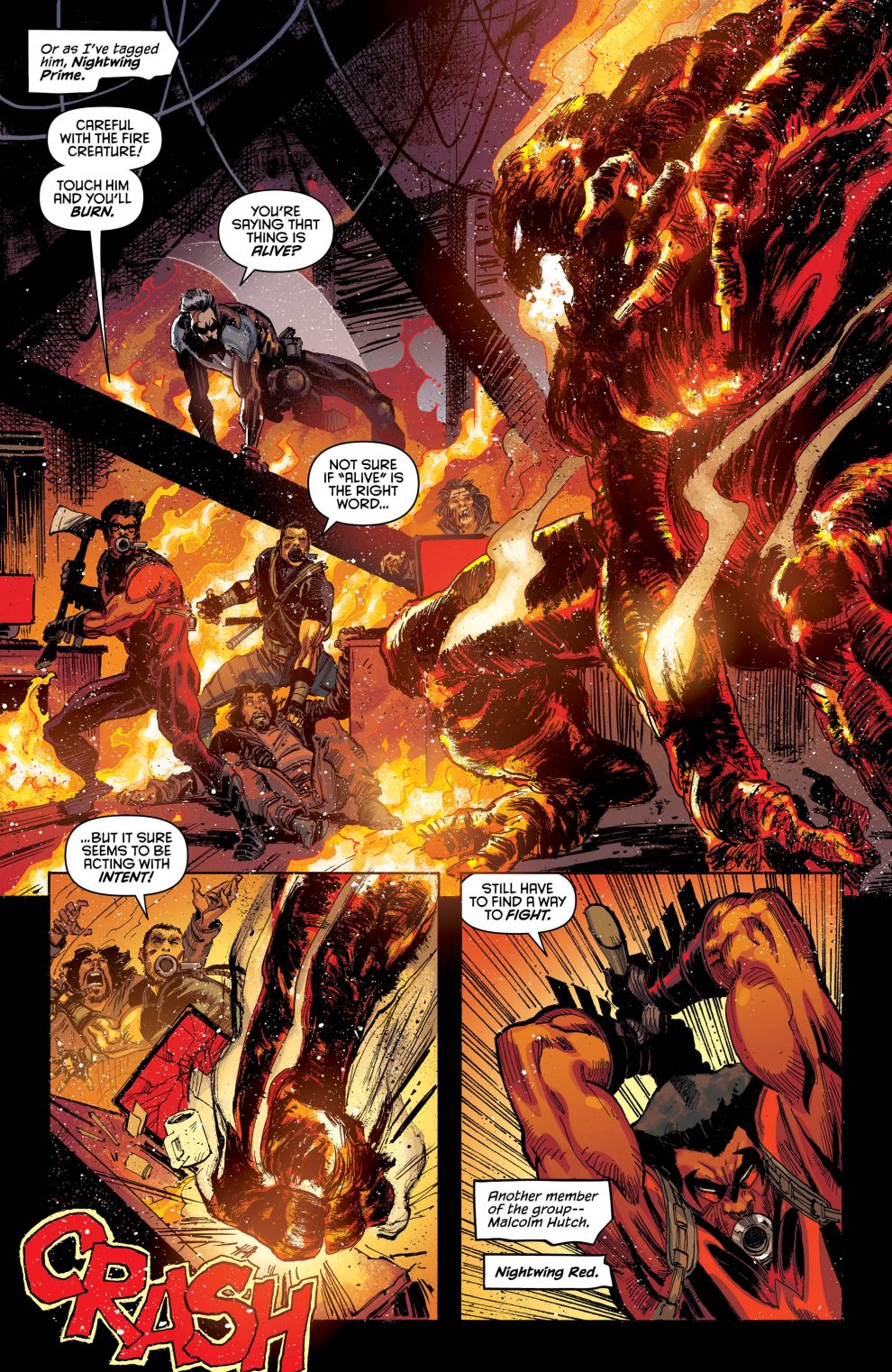 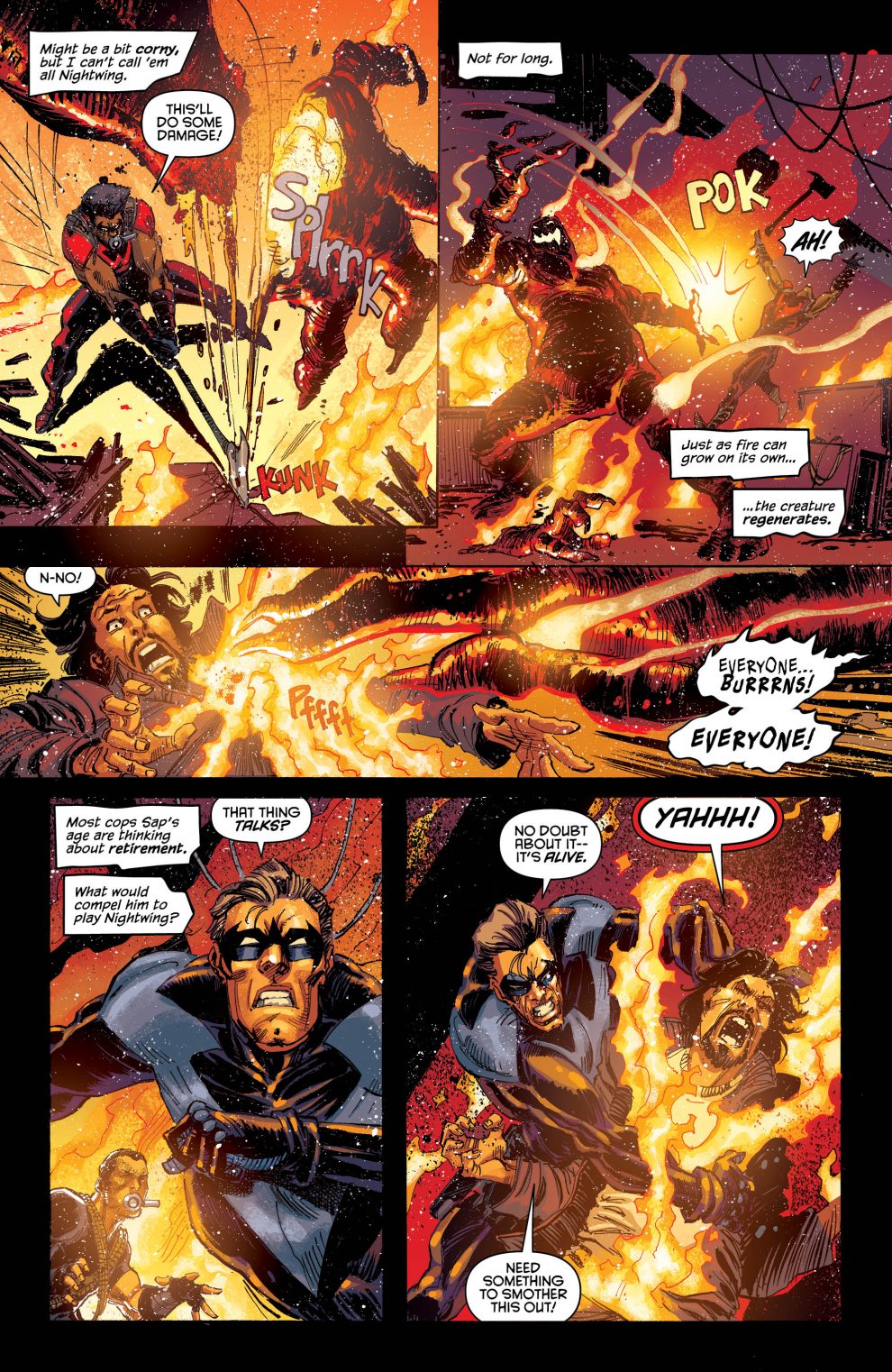 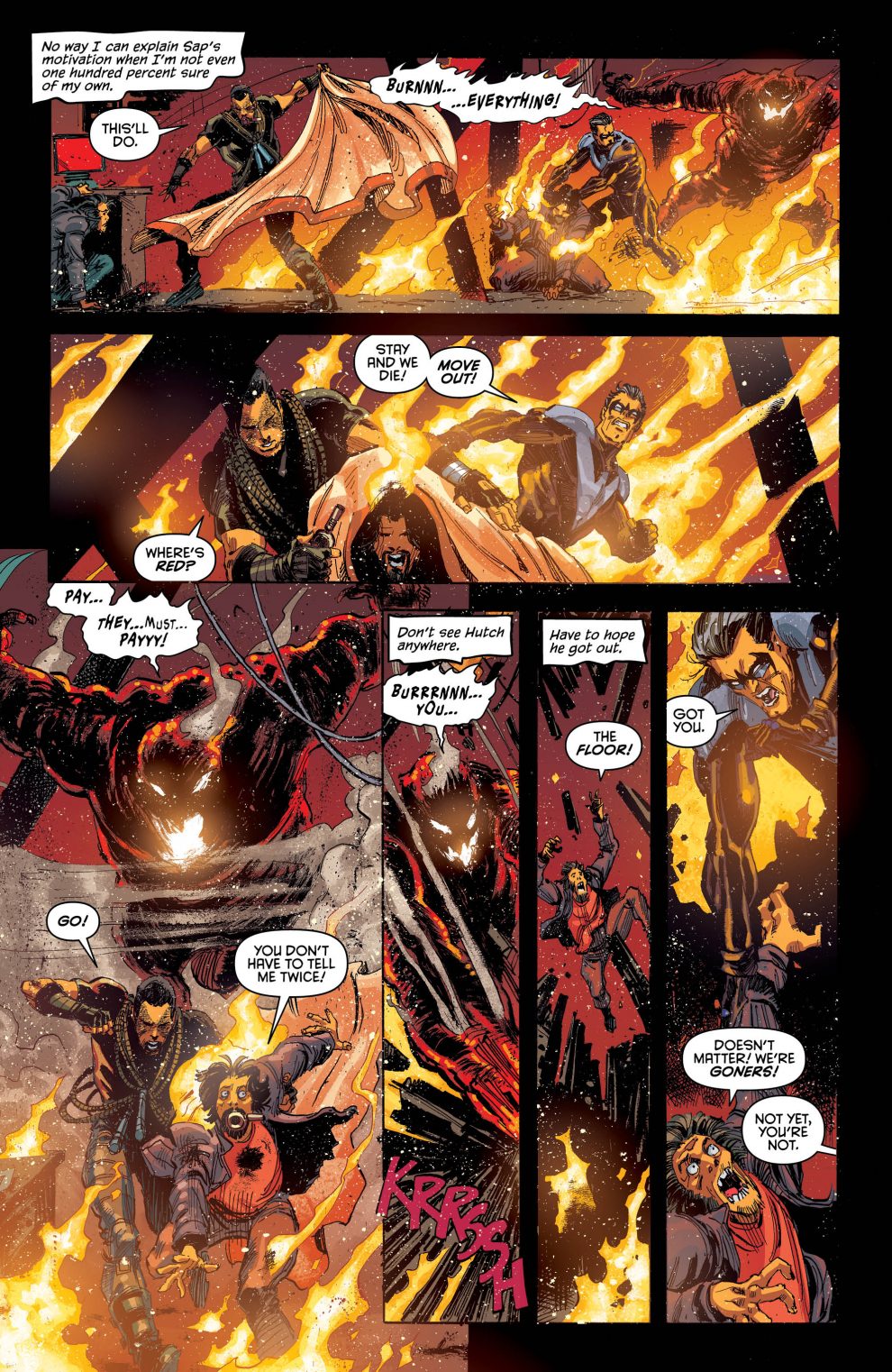 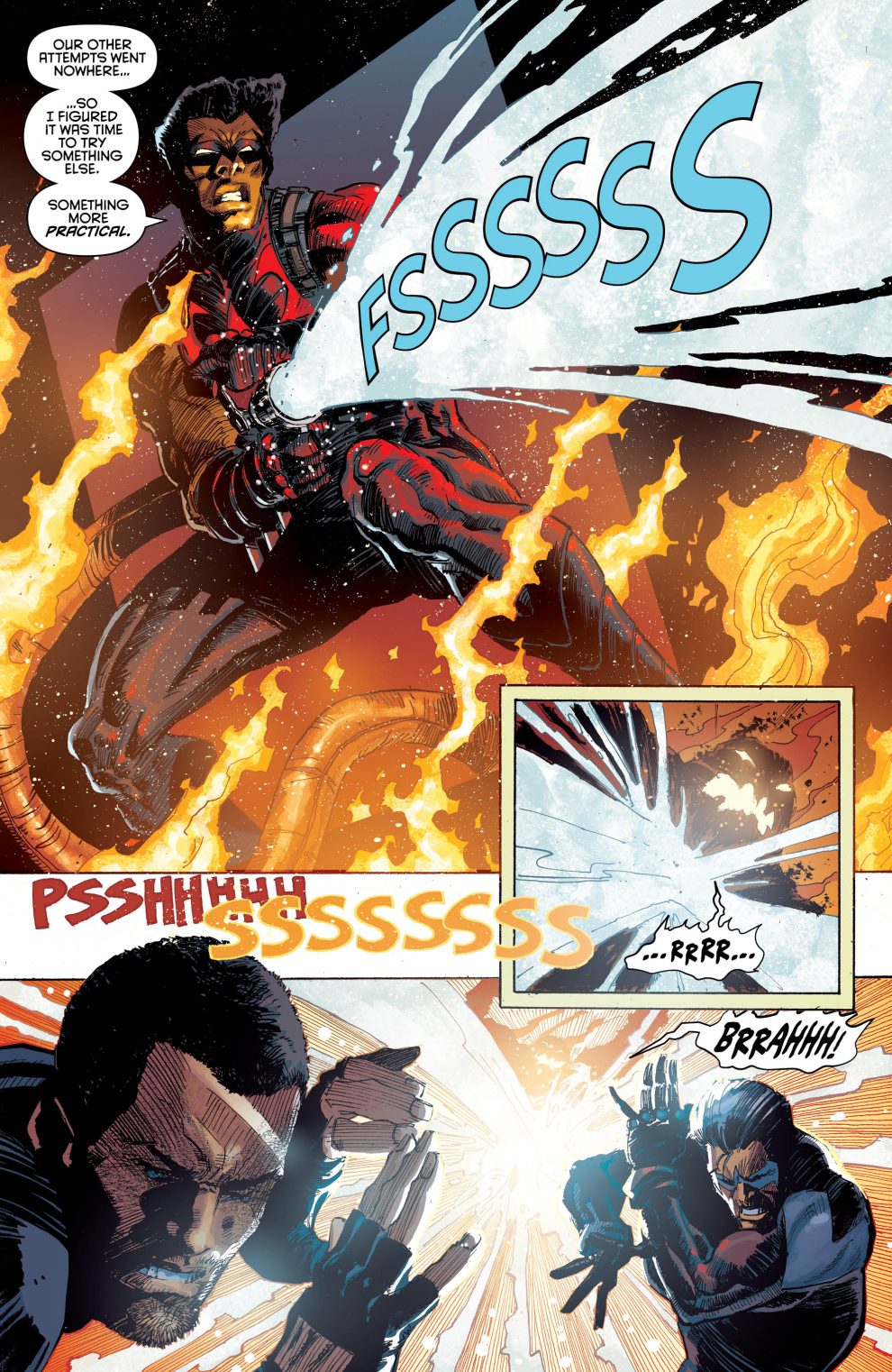 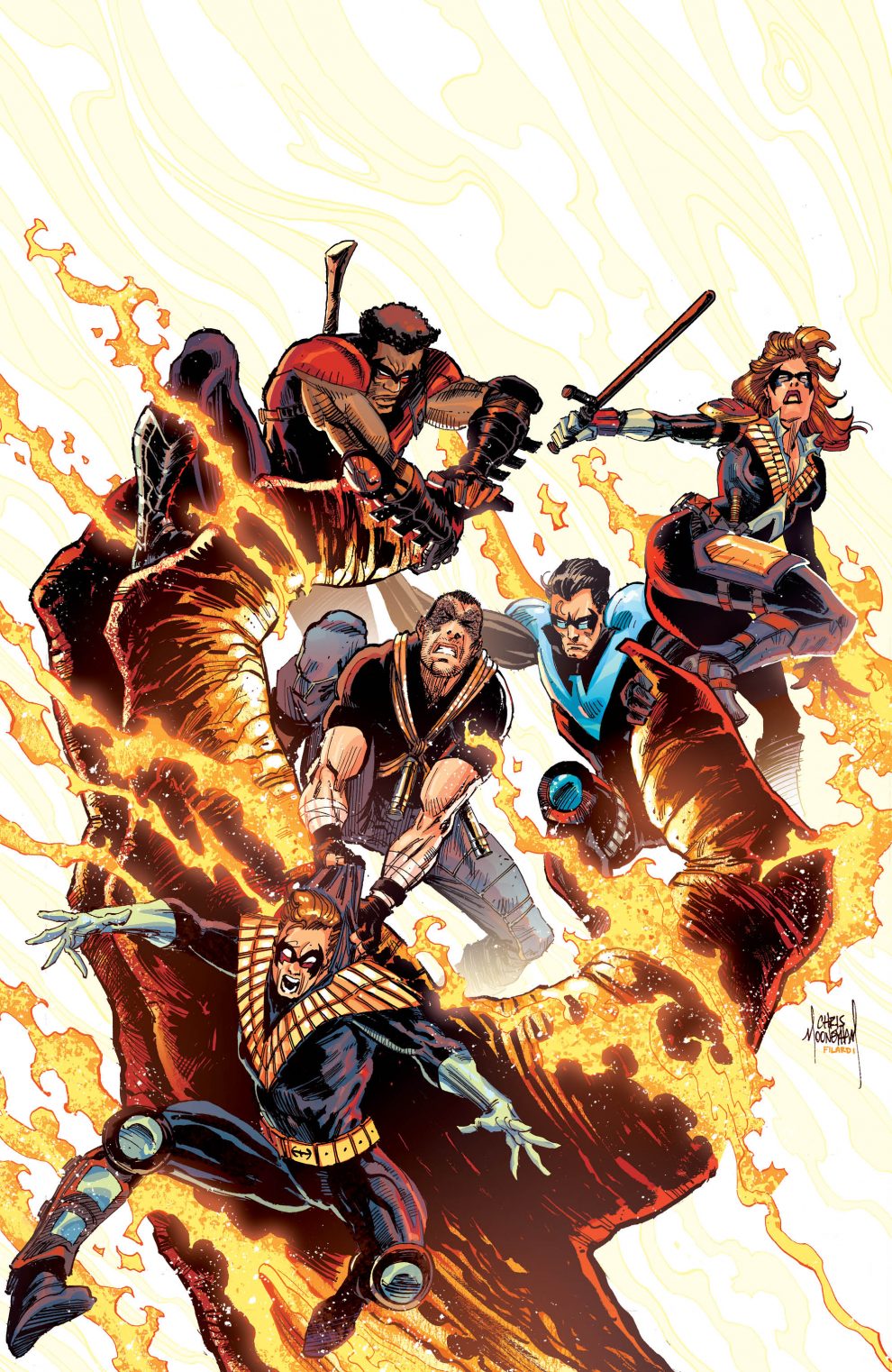 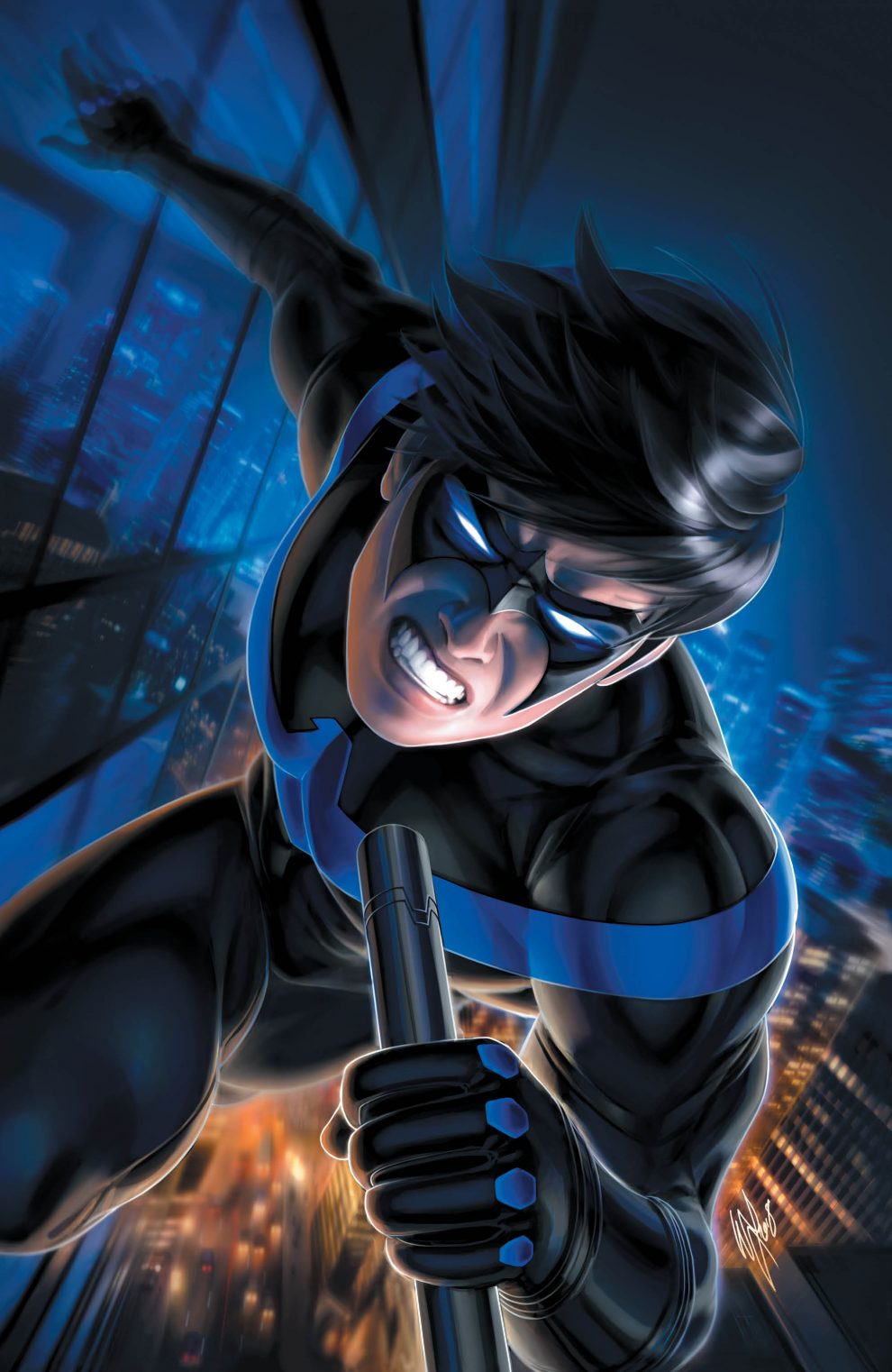 Chris Mooneyham, Nick Filardi and Andworld Design are the Nightwing mainstays. All three artists have produced a standout issue. I’m glad that this chapter continues the new storyline, but with the same artists. The one thing that’s really been bugging me over the last few months is the ever revolving art team on this book.
Mooneyham and Filardi work brilliantly together, so I hope they stay on board for at least the rest of this arc. Their use of light, Mooneyham’s incredibly atmospheric layouts and inks, married with the browns and burnt oranges Filardi uses in the action sequences that open the issue, are terrific. I’ve seen countless comics set in burning buildings, but the flames, ash and burning timber in this book felt more real and grounded than most. I could almost feel the heat and smell the smoke coming off the pages.

I’ve loved Nightwing since his first appearance almost 35 years ago. I’ve been a huge Dick Grayson fan for at least a decade longer than that! I know that this new take on the character has left many fans bewildered, or even enraged. For me this era has been fascinating, entertaining and educational. I’m loving this series as much as I ever have, and whatever he calls himself, Mr. Grayson remains one of the most admirable and inspirational heroes in all of comics. Nightwing #60 is another example of how to write and draw comics the right way.