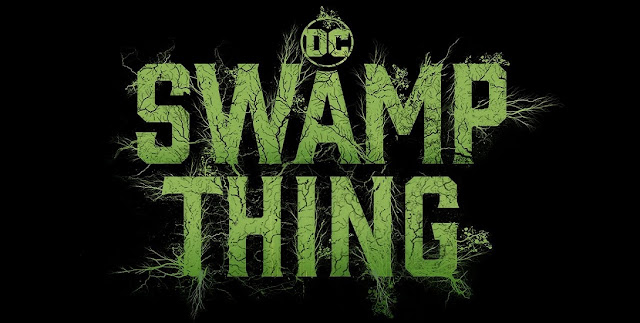 I was initially going to write a little intro to the character of Swamp Thing, just to give new readers/fans some context. That endeavour actually turned into a mini thesis, which you can now read elsewhere on this very site... if you decide that you actually want to. I would even say that, having now seen this incredible pilot episode, you don't have to. At all.

The episode stands up on it's own as something fresh, vibrant and new. Much like Swampy himself.

Director Len Wiseman, and writers Gary Dauberman and Mark Verheiden, have created a brand new story that, quite honestly, deserves to be viewed totally on its own merits. Yes, it's that good. I am actually jealous of viewers who will be tuning in knowing nothing about this character or this world. The Swamp Thing pilot has been so well crafted, that I know fans will be rooting out (sorry) the source material for themselves, in very near future. 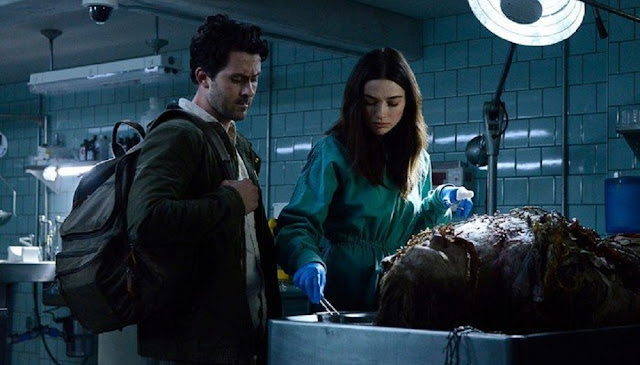 Screen adaptations over the years have varied widely in quality. For every Dark Knight there's a Batman & Robin, and for every Man Of Steel there's a Superman IV (just my opinion, folks. Please don't send Deathstroke after me).

There have already been two Swamp Thing movies, a live-action TV show and an animated series. I don't even want to think about those, let alone write about them.

Because of what came before I was initially very apprehensive about Warner revisiting this character for their DC Universe streaming service. Then I started hearing names like Len Wiseman (the Underworld franchise, Sleepy Hollow, Lucifer) James Wan (Insidious I & II, The Conjuring I & II, Aquaman) and Mark Verheiden (great indie comics: The American, Predator, Aliens, Evil Dead, DC's Action Comics Weekly and 9 epsiodes of the superb Battlestar Galactica) as writers, producers and directors, being linked to the show.

These names, and their respective resumes, inspired confidence.

Of course, before all this I watched and loved Titans, the first half of the long awaited third season of Young Justice, and the bat crap crazy Doom Patrol. With Swamp Thing, I honestly feel that Warner and the DC Universe service are batting a hundred. 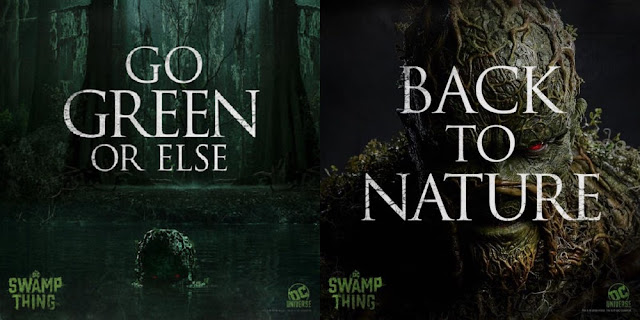 Roots Of The Swamp Thing

This episode has gone right back to the initial premise of the character. This is totally, unequivocally, 100% a horror show. Granted, the initial comics run by the wonderful Len Wein and Bernie Wrightson (may they rest forever in the green) was stifled by the Comics Code Authority, but it was chock full of patchwork men, werewolves and monsters.

There's no denying that the legendary run written by Alan Moore (and those who followed him; notably Rick Veitch, Nancy A. Collins, Andy Diggle and Scott Snyder) gave us true horror, both psychological and physical.

Check out this trailer for season one, as a taster:

The first episode of Swamp Thing gathers elements from all that has gone before, but delivers it in a brand new way. Anyone can come into this show clean and love it. Of course, long standing fans will get a thrill out of hearing names like Madame Xanadu, Matt Cable, Liz Tremayne and Avery Sunderland, but everyone else can get the holy heck scared out of them without any foreknowledge whatsoever.

The threat and the effects that brought it to life were incredible. I got the same feelings of gut churning terror that I felt watching John Carpenter's The Thing, or Ridley Scott's original Alien. People who know me, and how much I revere those films, will know that this is high praise indeed. 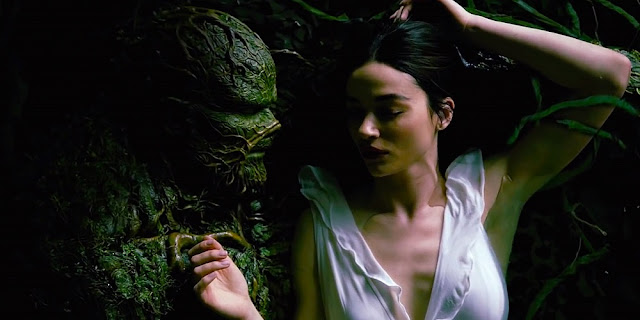 I have to stand up and applaud the writing and acting in this episode. I've loved everything I've ever seen Crystal Reed do. Allison Argent was one of my favourite Teen Wolf characters, and I thought that Crystal's dark, layered performances as Sofia Falcone in Gotham were fantastic.

From her first scene in this pilot she embodied everything I've always loved about Abby Arcane. Her kind giving nature, and her solid - but warm - inner strength. The dialogue and acting shone, and I'm already invested in this character.

Andy Bean was a wonderful Alec Holland too. An imperfect, affable, yet noble and lovably intelligent goofball. Everything I wanted.

Fans of the comics may balk slightly at some of the changes made to the histories of these characters, or the complete omission of Linda Holland, but I applaud them. The changes made have removed many constraints that would have stifled the narrative and impeded the flow of the story. 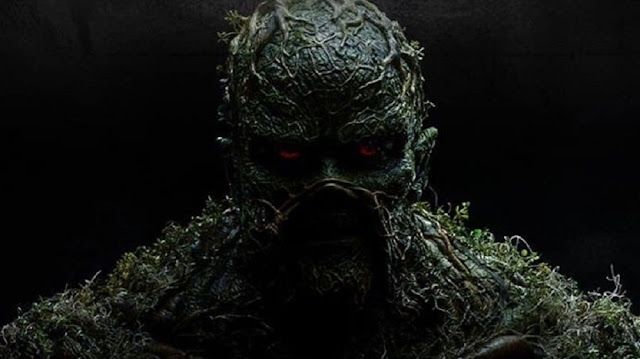 Pilot episodes can sometimes be plodding, scene setting, slow and meandering. This one was a full throttle horror fest. The music chilled me to the marrow, and the way that most of the action was shot from below, looking up, made it feel as if the cameramen were filming action of the Earth, as seen from hell.

Cinematography, lighting, editing, pace and structure were nigh on perfect. The characters were real, their secrets have been hinted at, and my interest has been piqued. Yes, I'm invested and cannot wait for the thrills and scares yet to come.