Review: Adventures Of The Super Sons #11 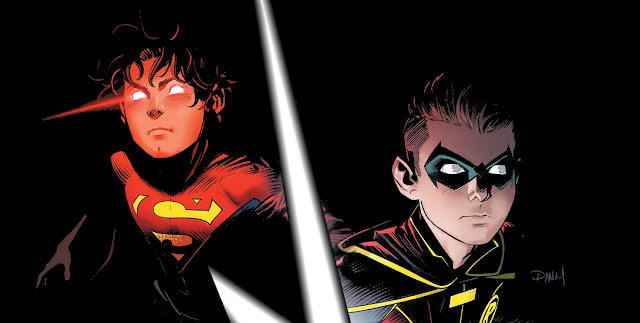 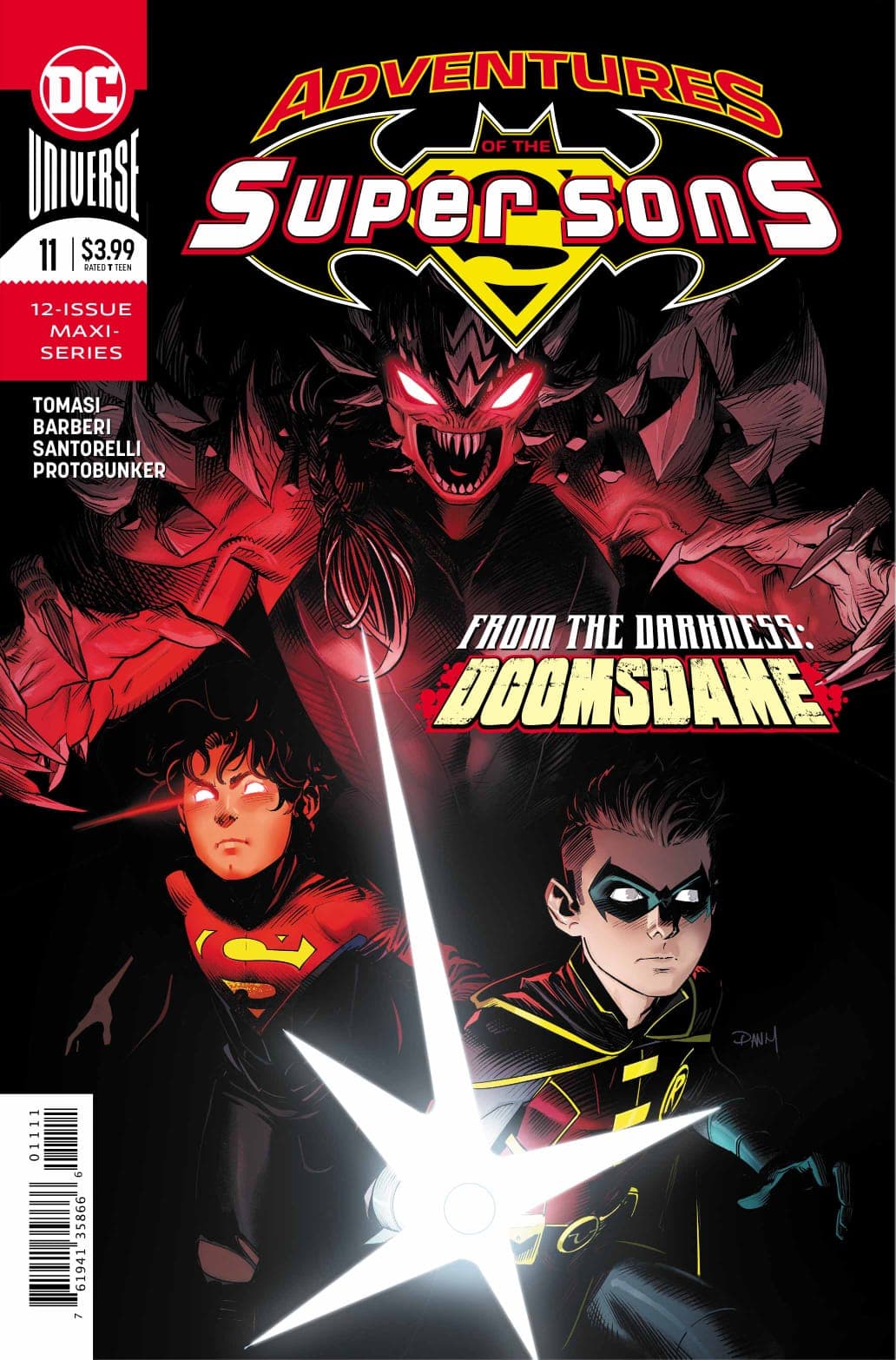 Adventures of the Super Sons #11 is the most rip-roaring penultimate issue that we could ever hope for. The run is nearing its end, but you’d never tell. Whole page spreads are devoted to brightly colored tussles. It’s just so satisfying to see versions of truly terrifying villains at odds with the heroes we’ve watched grow through this series. The unlikely allies from previous issues and DC’s distant past also return, with great results. I can’t think a single more fun issue of any title going. 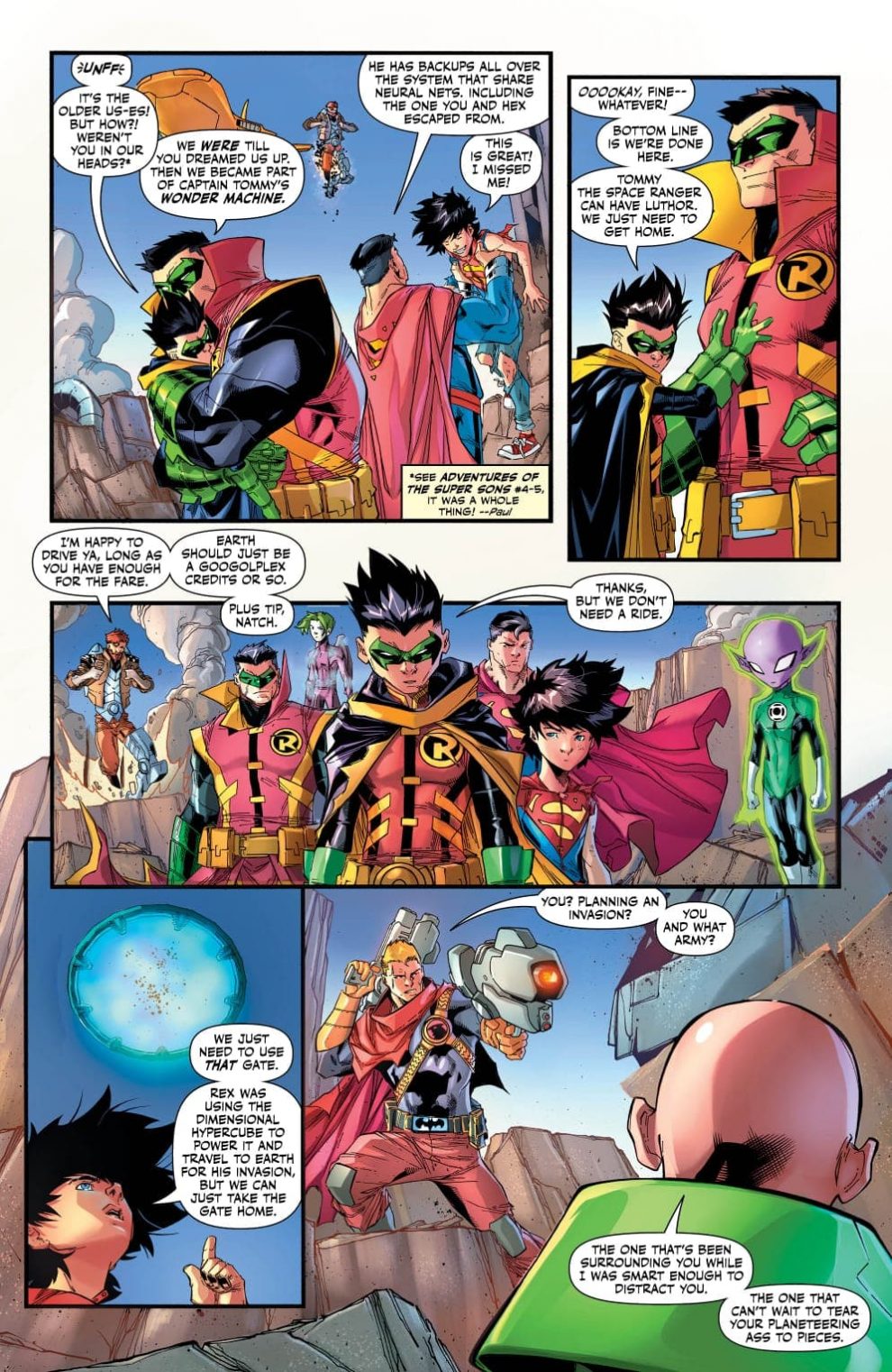 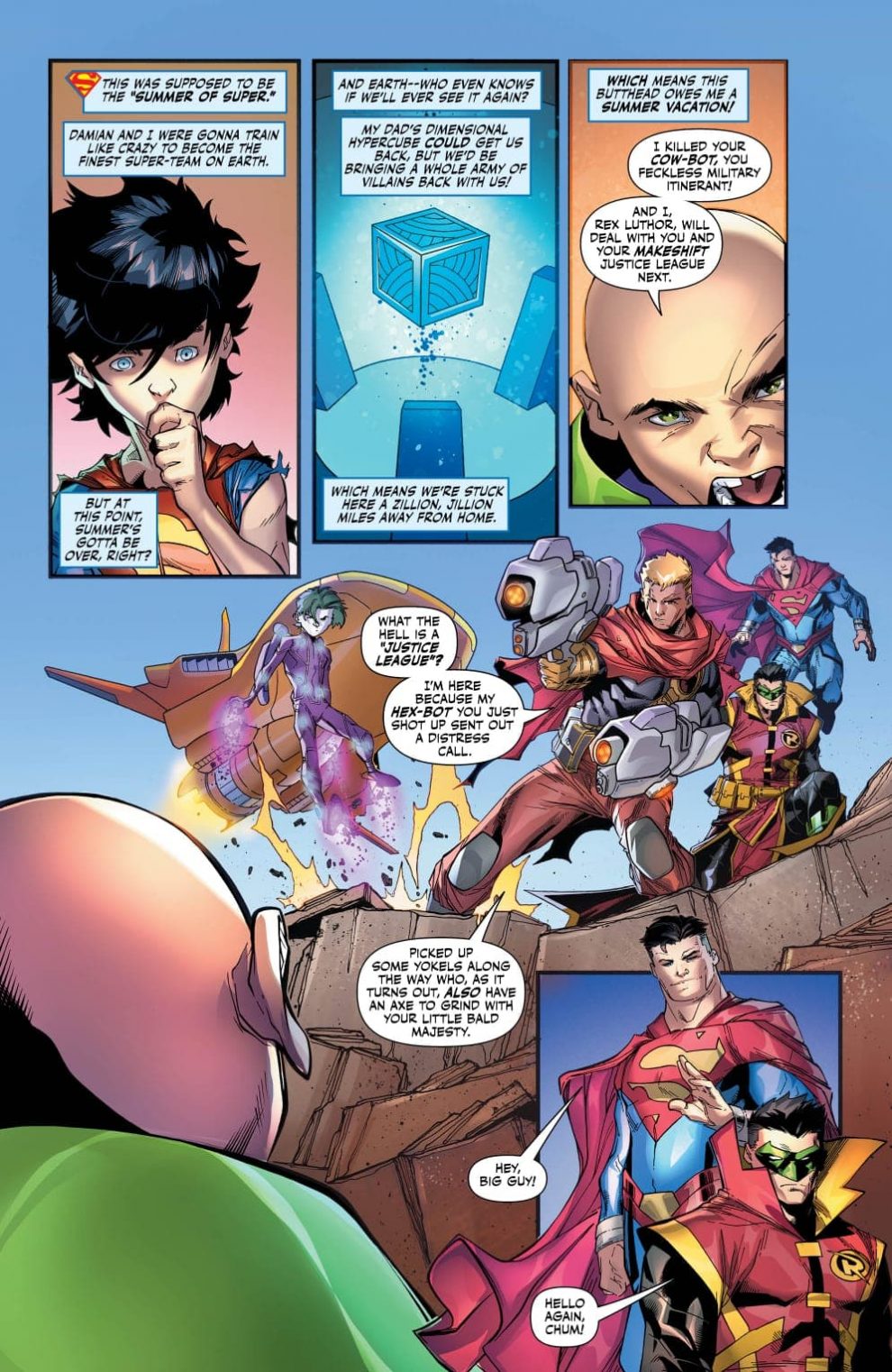 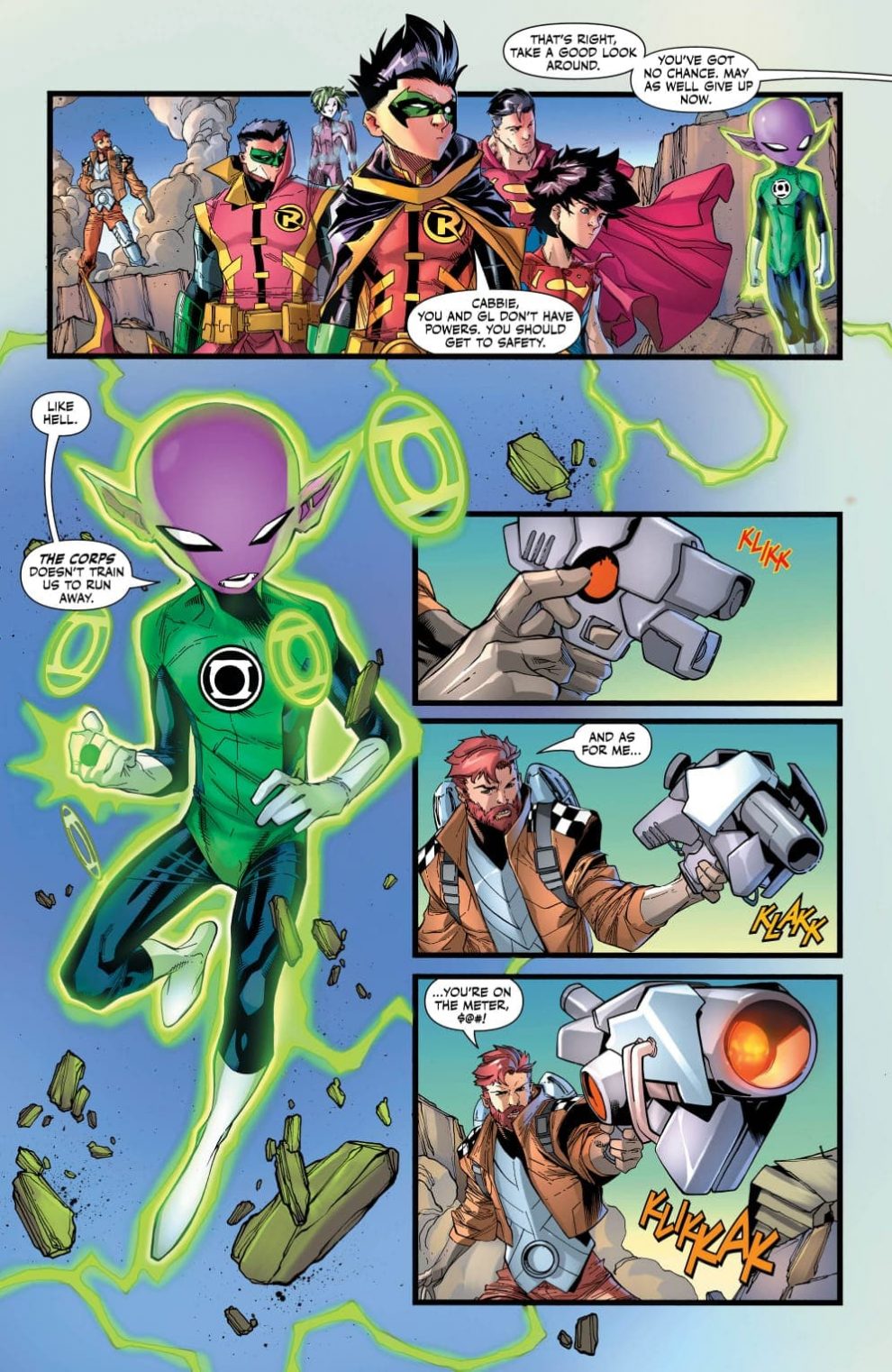 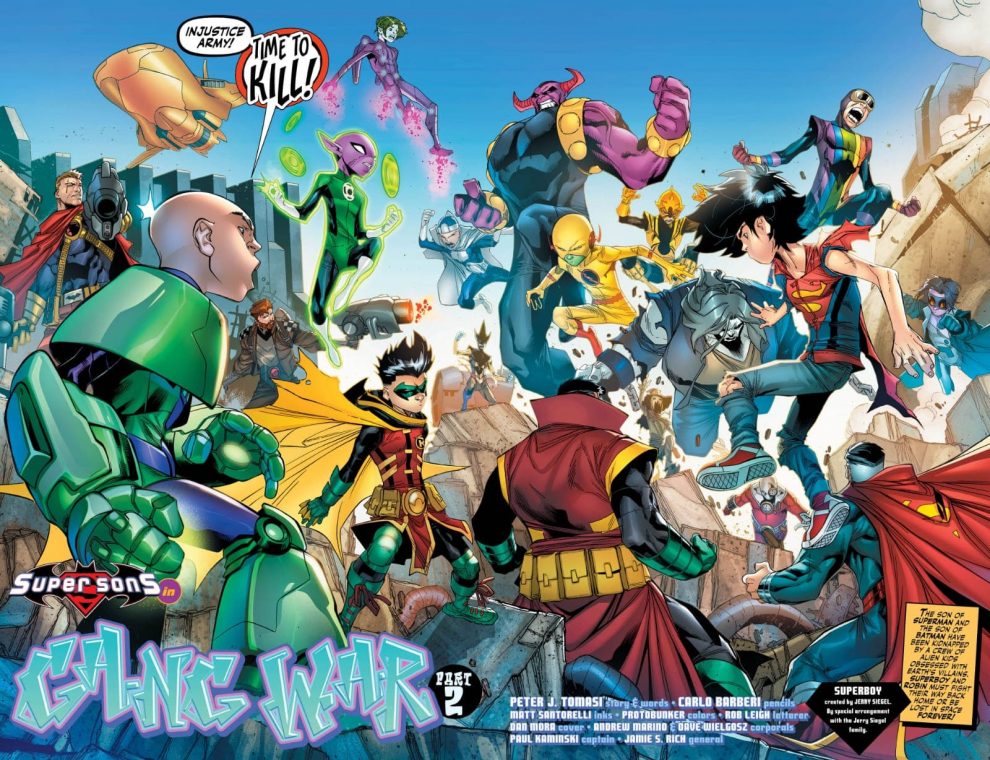 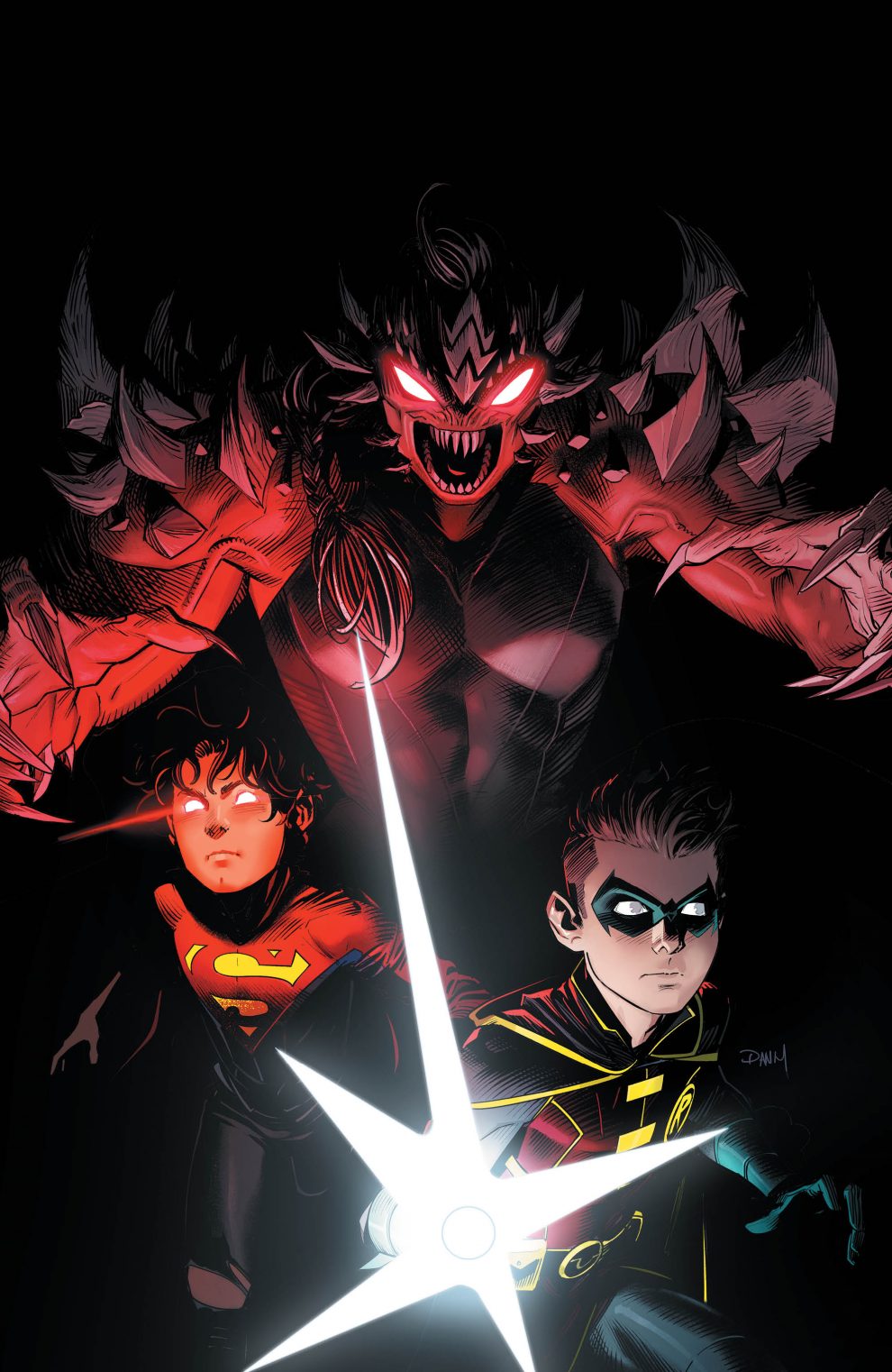 Sometimes I’d imagine that it can be hard to tick boxes for many readers, but Tomasi has been able to do so throughout the series. It has the high stakes of an ongoing series, yet it can treat older readers with surprise returns, like Tommy Tomorrow. The series also draws in a younger crowd with characters their age, that they can relate to. It’s just so fun that I defy anyone not to be pulled along for the ride.
Protobunker’s color work pops throughout the issue. It pairs with the bombastic, and almost cartoonish action of the issues perfectly. Fastball Special-ing two villains through a third was one of the many unforgettable moments in this high action issue.

The only thing that could surpass this penultimate chapter could possibly be the final issue. Everyone can find something in this series. Be it fans of cosmic DC encounters, of intense fun, and even people like me who enjoy tense cliffhangers. With one issue to go, it’s a real wonder how the boys will handle things. This series has an unbeatable run of fun behind it, and I’m certain the finale will match up to Adventures of the Super Sons #11, when all is said and done.