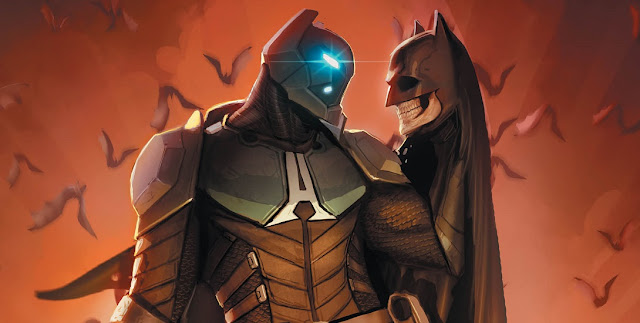 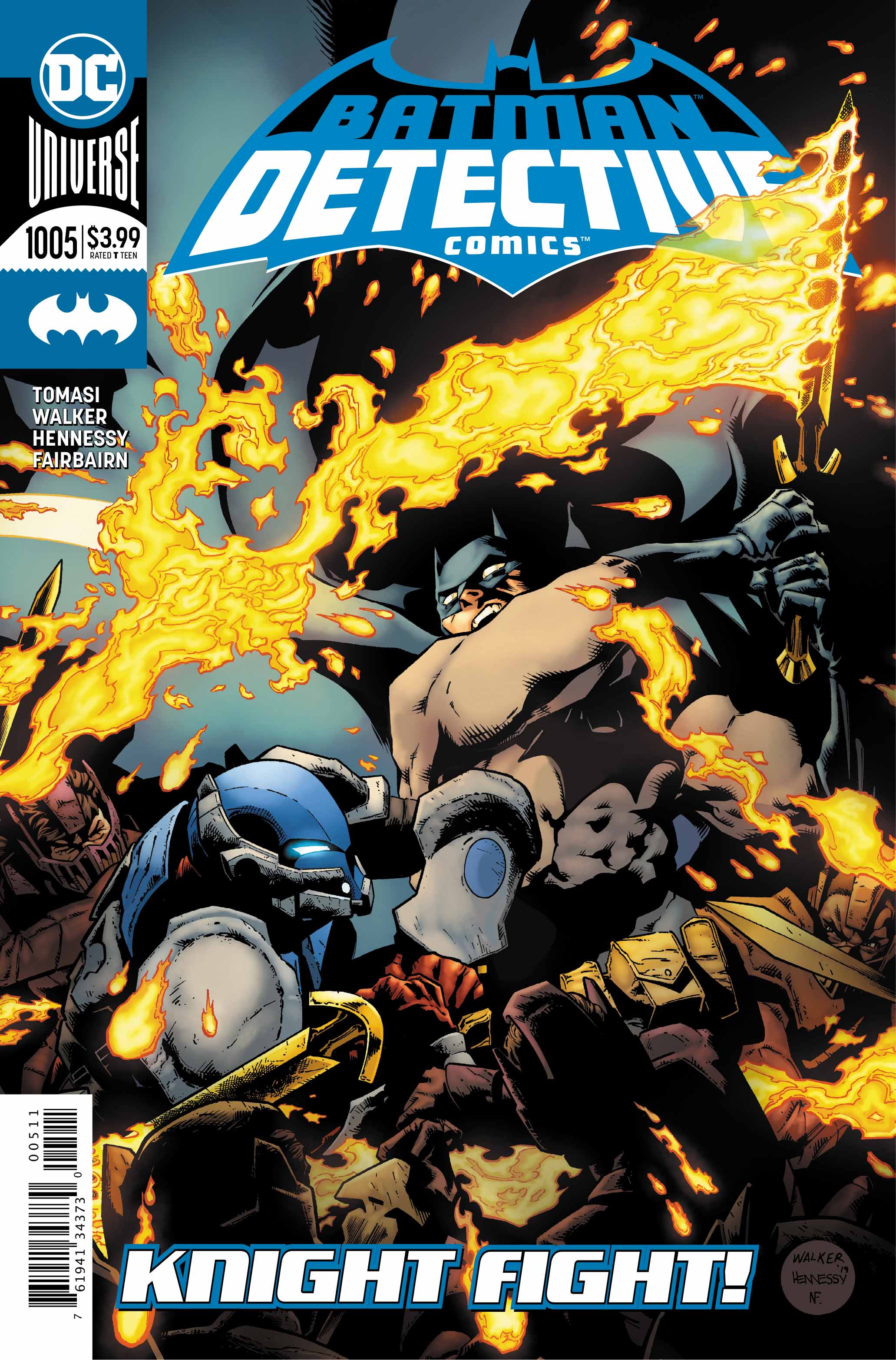 Detective Comics #1005 really is a sight for sore eyes. The all-new Arkham Knight, along with her army of zealots and insane asylum escapees, has launched her masterplan, and the father/son Dynamic Duo of Batman and Robin are all that stands in her way.
Sometimes all I crave is action, action, and more action. If you’re the kind of person who sometimes just wants to pick up a comic chock-full of fist-fights, explosions, and high octane thrills, then this is the title you need to read this week. As a Brit, I’d say that this book’s a blinder!
Peter J. Tomasi has unapologetically given us an issue that is 100% pure comic-book, from cover to cover. I love psychology and drama as much as the next man, but to receive a book that isn’t trying to hard to be “deep” or pretentious feels like a breath of fresh air. This is the type of thrill ride that got me hooked on comics as a kid. 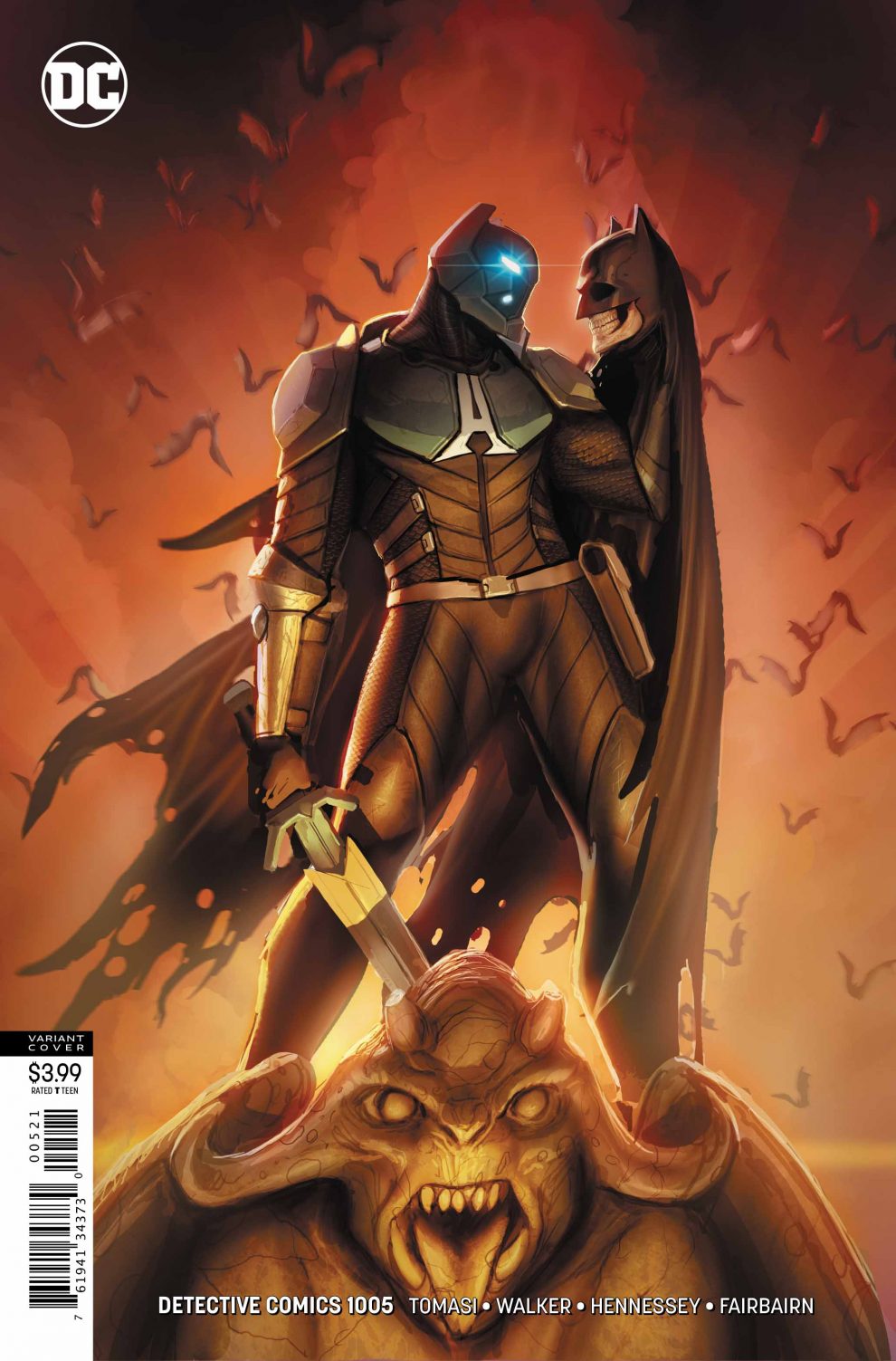 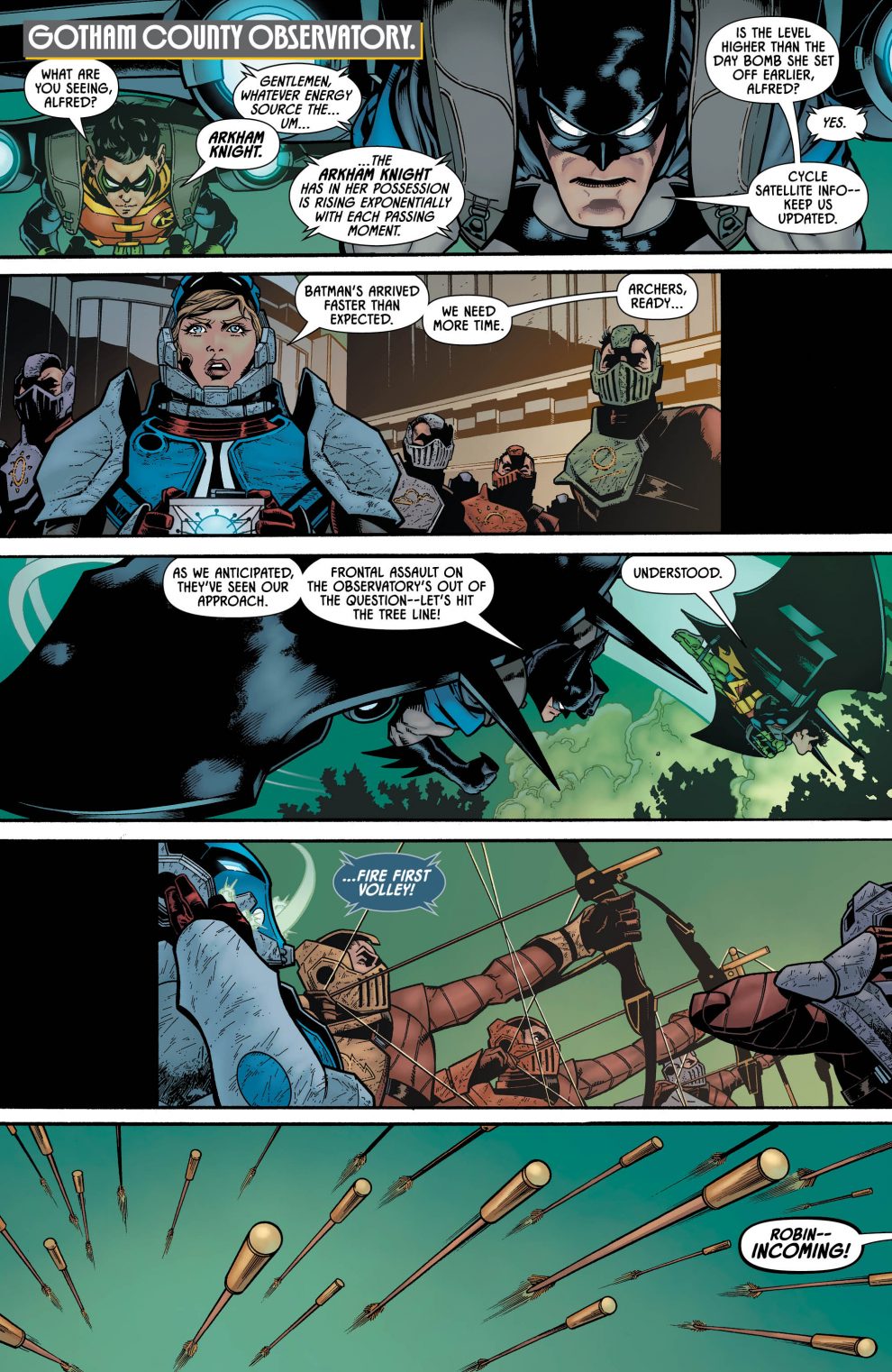 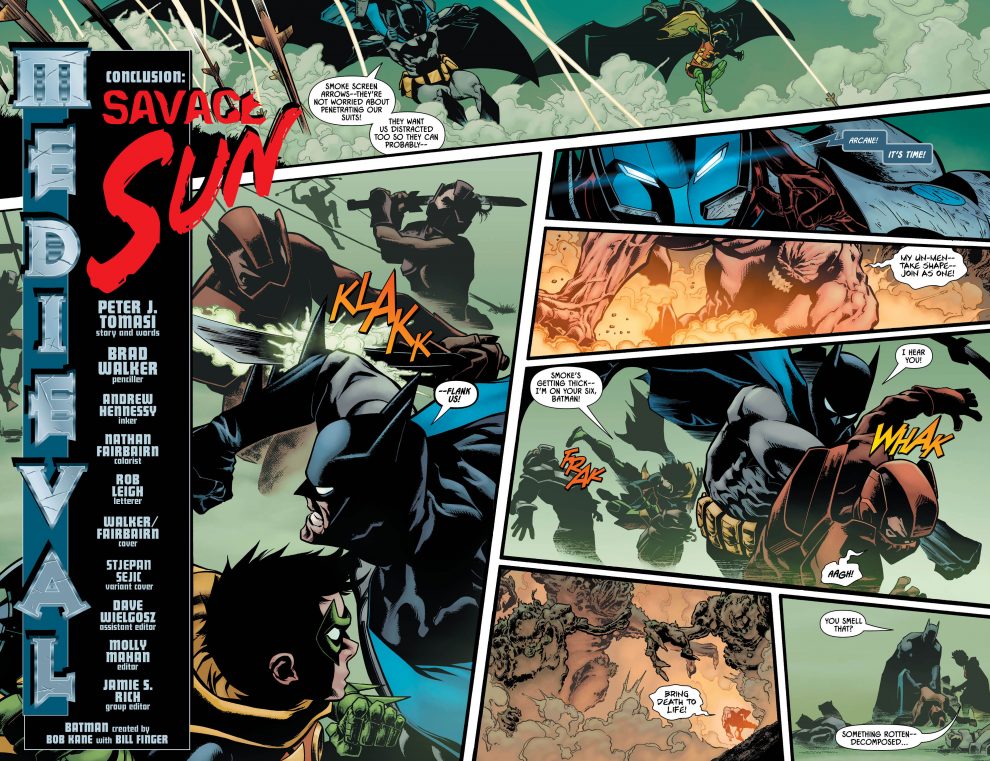 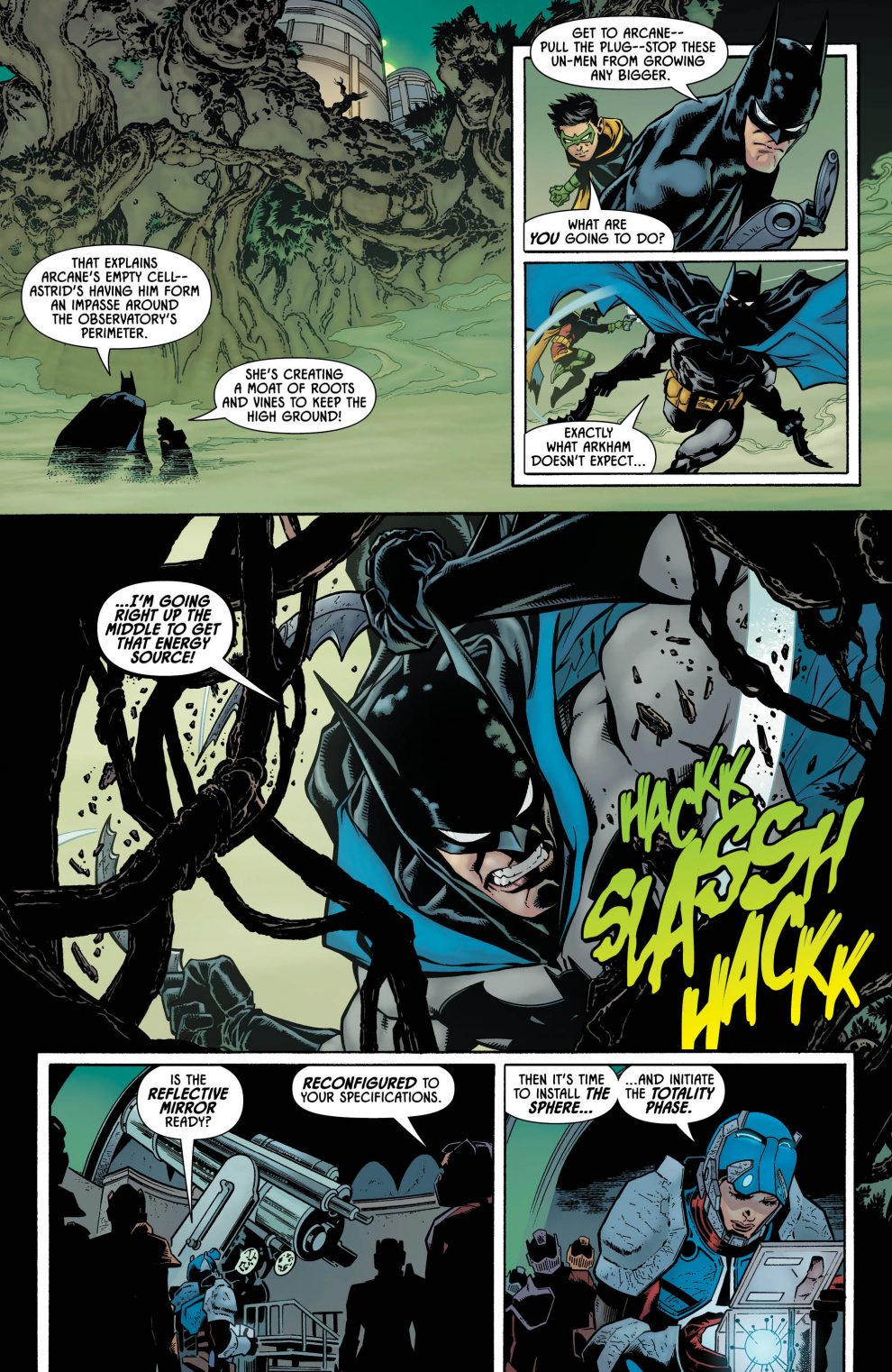 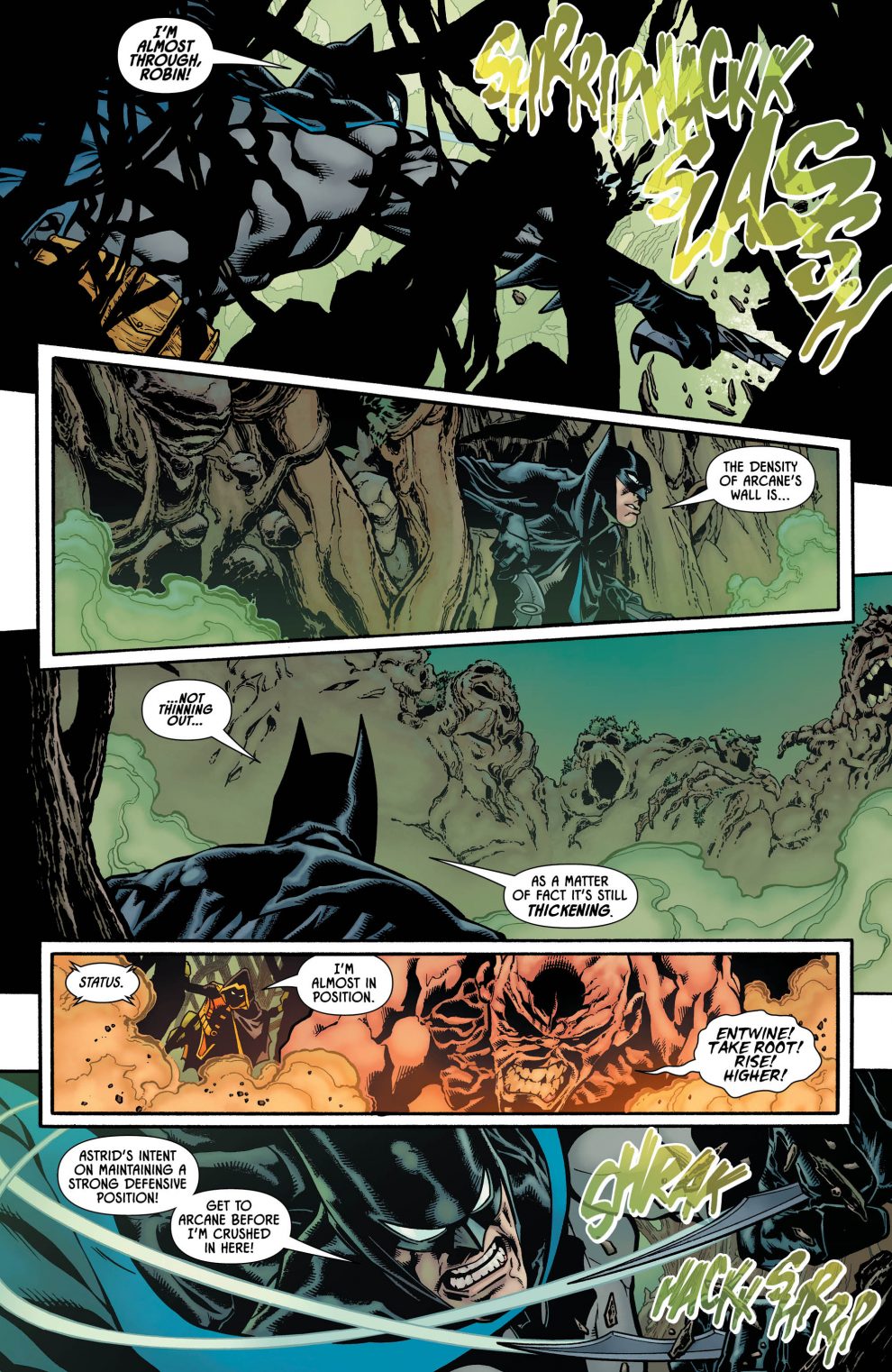 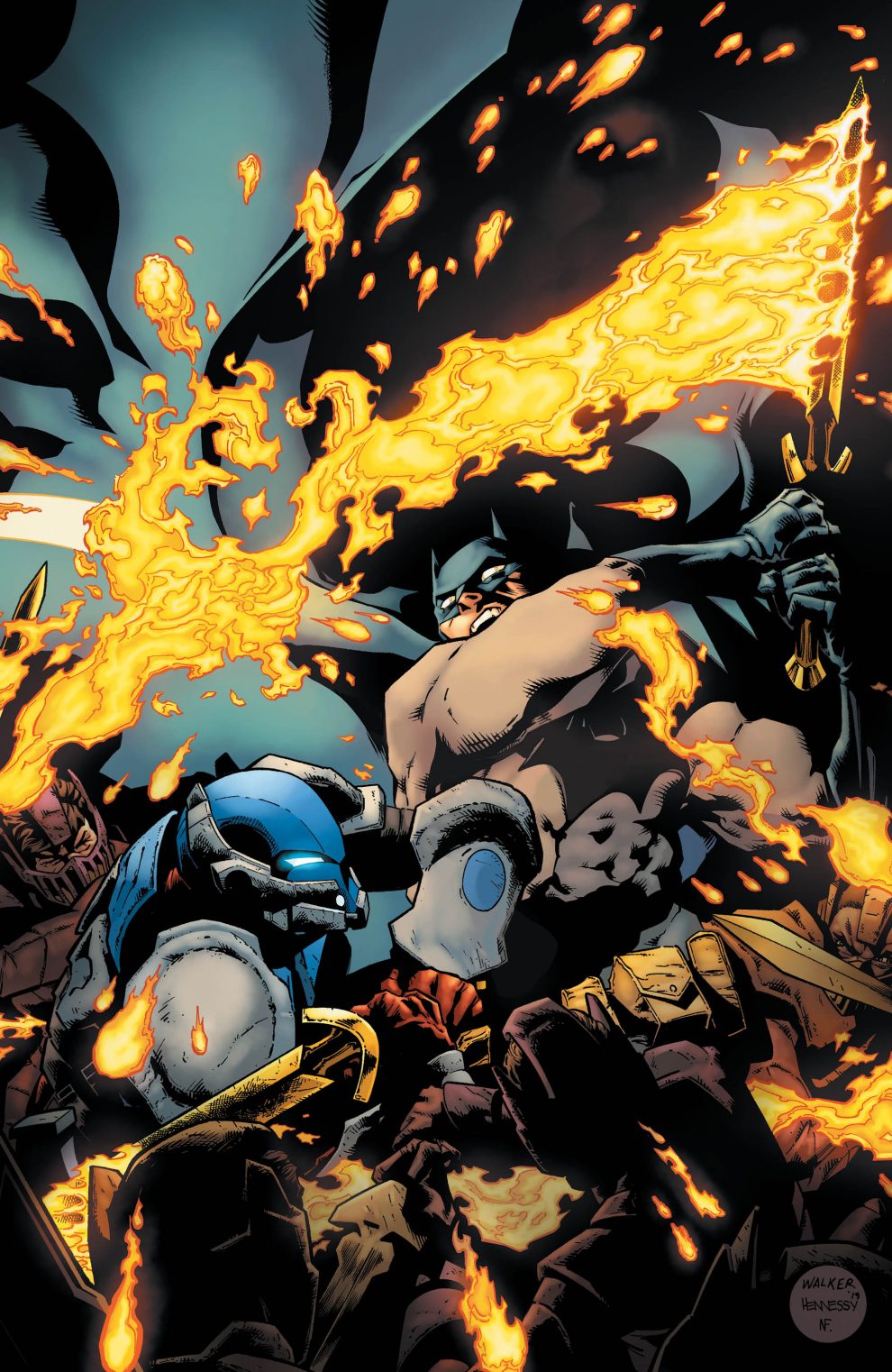 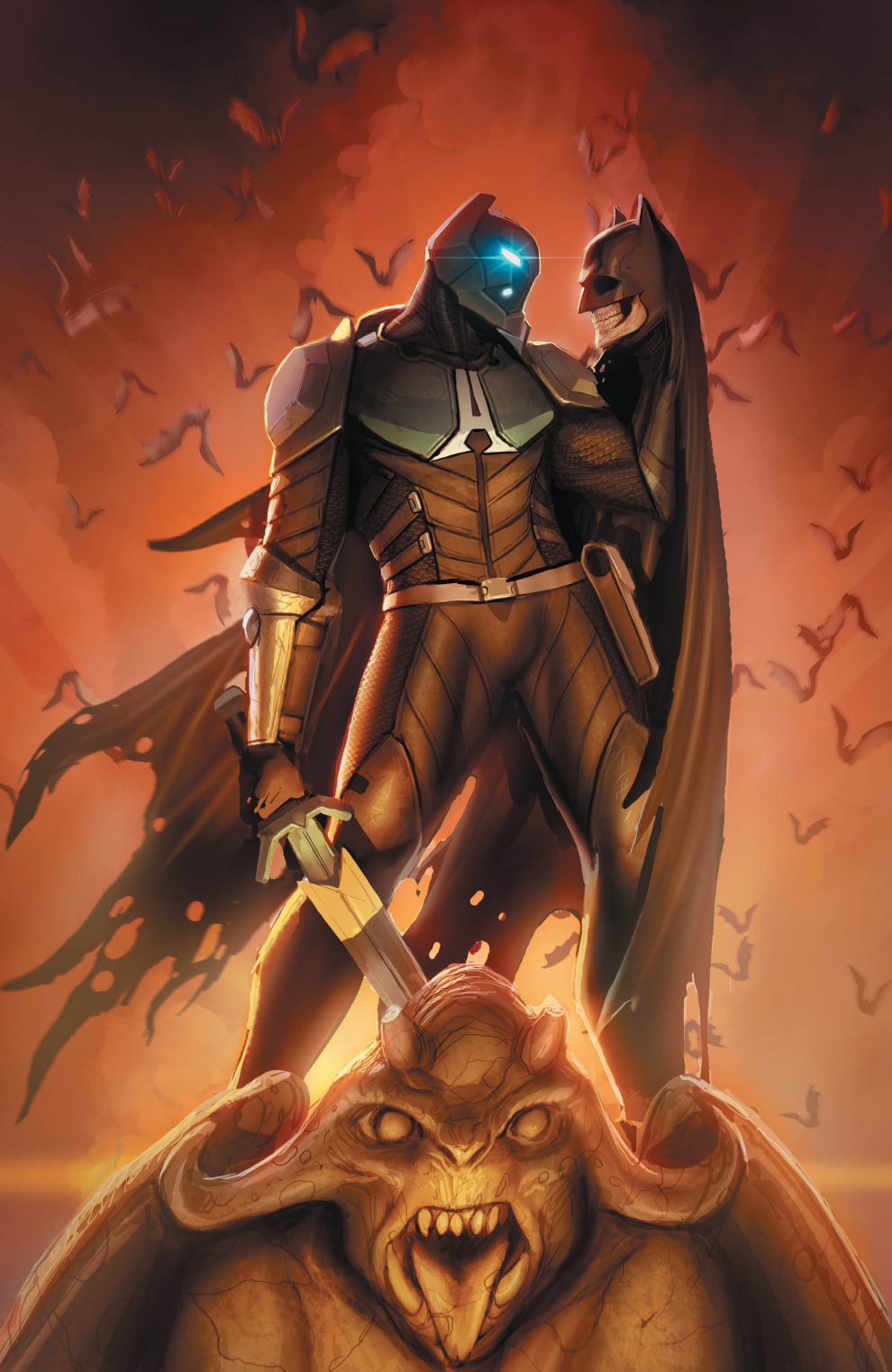 In this line of work you sometimes hear the strangest comments from fellow critics. The silliest complaint I’ve heard about the “Medieval” storyline is that Brad Walker’s art is “too comic-booky.” What? Seriously?
Whilst I am a sucker for lavish painted artwork, this is a comic-book, people. Do some readers really want all their comics to look like Kingdom Come? I don’t. I frequently crave good, old-fashioned, comics art. Give me Alan Davis, give me Norm Breyfogle, give me Brad Walker and Andrew Hennessy. These guys are delivering 20+ pages of classic comics art every two weeks, dagnabbit!
The Batman and Robin we see in this issue pages are a modern day classic Dynamic Duo. Damian is a blur of movement, and if you like your Batman dark and grimacing, then you’re in for a treat. There are few people who deliver a grimace like Walker and Hennessy do.
Color artist Nathan Fairbairn and letterer Rob Leigh are also on fire this week. Burning Un-Men, Batman HACKKSLASSHHACKKing away at the Arkham Knight’s defences, and trying to survive the gauntlet led by Arcane and Doctor Phosphorous is just damn hot.
Damian Wayne is a total badass!

Peter J. Tomasi is one of my favourite writers, and the team of artists he has working with him on this series are pure class. Detective Comics #1005 may not be a literary masterpiece, but I dare you to find a more action packed or entertaining comic to read this week. Go on… I dare ya!