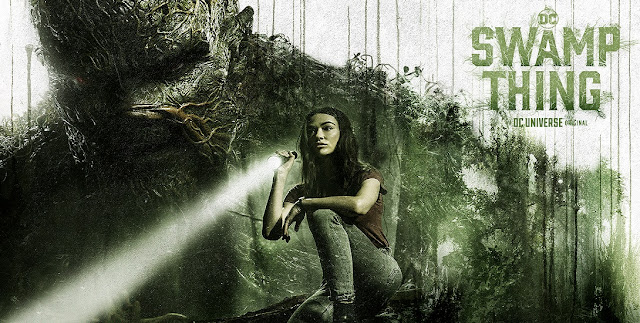 Though we now know that this show has officially been cancelled, I'm going to continue to watch and review it purely on the basis of what has made it to screen. Swamp Thing, three episodes in, is still one of the most ambitious pieces of T.V. that I've ever seen and ranks amongst the greatest horror shows ever made. The fear is real, both psychologically and in terms of both physical and supernatural terror.

The exorbitant costs of making the show, only made worse by tax rebates which had initially been promised being reneged on, seem to be the main reason for the cancellation. What I will say, though, is that every penny shows up on screen. The visual effects, both digital and practical, are on a par with those of many blockbuster movies. In fact, some of the effects in this show are better than some I've seen on the big screen. 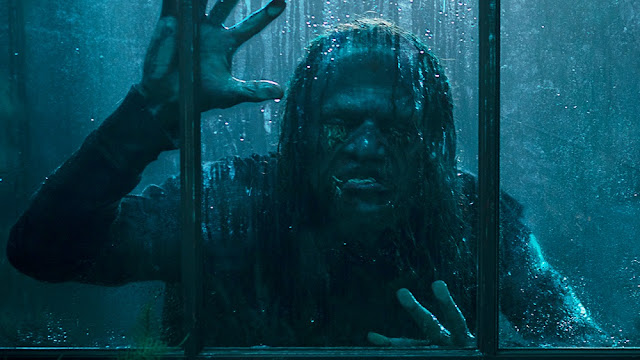 This Guy's Starting To Bug Me
Many of my favourite images and ideas from the best Swamp Thing comics are appearing in this terrific show. Perhaps favourite isn't the right word, maybe I should've said creepiest, most terrifying and nightmare inducing instead. If you thought the the creeping vines from the pilot episode were messed up, you ain't seen nothing yet!

The lighting, direction and cinematography on this show are all beyond excellent. Every shot, every camera angle and piece of composition adds to the sense of claustrophobia and vertigo. The brilliant part of all of it is that sometimes the horror comes from the acts of the human characters, not the dark magic or supernatural elements or creatures. The whole idea of Swamp Thing, who very much looks like a monster, but has the heart of a hero, while someone who we have seen act kindly, almost lovingly, towards Abby, is in fact a monster on the inside is an extremely clever piece of storytelling.

I've said it many times before, but perhaps human beings are the greatest monsters of them all. 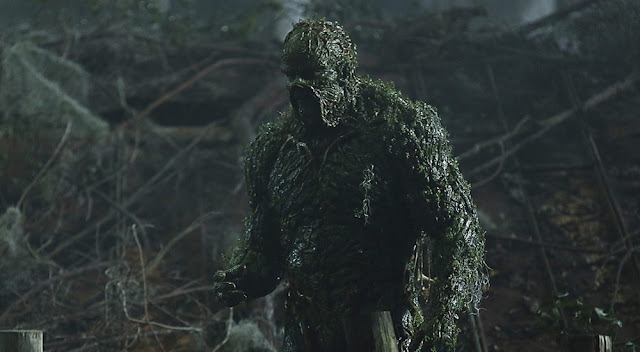 This show's greatest strength is it's cast. Will Patton as Avery Sunderland and Virginia Madsen as his long-suffering wife Maria, are both brilliant. Secrets about their relationship came to light this week that turned my perspective of their dynamic on its head.

Both Andy Bean and Derek Mears also perform brilliantly as both sides of the Alec Holland/Swamp thing coin. Mears' ability to emote from beneath layers of prosthetics is absolutely incredible.

The MVP of this episode (in fact she's the backbone of the whole series) is Crystal Reed. I've always rated her as an actress, but the range she exhibits in her performances on Swamp Thing make all her previous work pale by comparison. She exudes strength, warmth, passion, intelligence, empathy and fear in this episode alone. I was a fan of hers coming in, and I'm an even bigger one now. 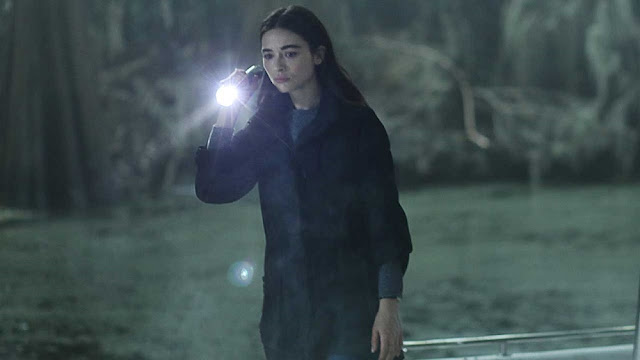 While I am truly saddened by the news that we'll only be getting 10 episodes of this incredible show, if every instalment matches up to the calibre of the first three episodes, then Swamp Thing will be remembered for decades to come.

Two of my favorite programmes, Firefly and Constantine, also only ran for one season each, yet they're both regarded as cult classics. Firefly ended up receiving a full length movie, Serenity. Matt Ryan's Constantine has gone on to appear in animated movies, a spin-off CW Seed show and has even joined DC's Legends Of Tomorrow.

I'm hopeful that this show won't be the last time we'll be seeing Swamp Thing on screen.