“Darkness On The Edge Of Town"

They say that there is nothing to fear, but fear itself... yet this episode of Swamp Thing is terrifying. The story revolves around fear, and what could be more scary than not being able to trust the evidence of your own eyes? When seeing is NOT believing? This episode has real bite and, when compared to the three great instalments that came before, it really is up to scratch. 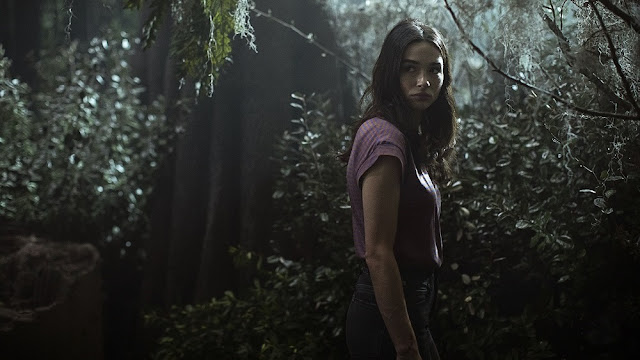 Scary Monsters And Super Freaks
There's no denying that poor old Abby has seen her fair share of horror in this series, but as a doctor, the threat in this episode could be her greatest nightmare. As always Crystal Reed delivers an outstanding performance. What's different in this episode, though, is that we also begin to see the development of her relationship with Alec/Swamp Thing. It's a testament to the character of Abigail Arcane that she can see past Swampy's scary exterior to the soul of the man inside.

Once again, Derek Mears acts his socks off through the mounds of shrubbery and prosthetics he's buried beneath. He conveys real strength and manages to balance it with vulnerability. Consider how hard it must be to convey any emotion at all through makeup that makes you unrecognisable. We don't even really see the man's face, or even his real eyes. Outstanding. 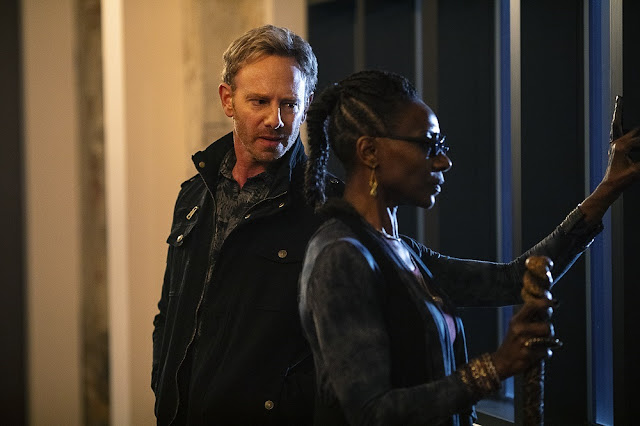 This episode looks and feels like a movie. The direction and production values are way above those of your average TV show. I think that this could be the best produced show since Game Of Thrones.

The calibre of the writing, the level of acting, and the stellar cast don't hurt either.

Whilst the main plot, quite rightly, revolves around Abby and Alec/Swamp Thing, the sub-plots running through the show are all addressed too. It was great seeing Dan Cassidy and Madame Xanadu again; a man with a mission he doesn't yet understand, and a woman, to whom the future is usually so clear, completely blinded - not just physically - but now psychically as well. They say that our remaining senses are sharpened by the loss of one, but to someone who can scry the future, suddenly losing her second sight must be crushing.

Danny's future is also unclear, and he's stuck on the horns of a devilish dilemma. Is Abby the one who will lead him to his true destiny, or is he just going to end up feeling blue? 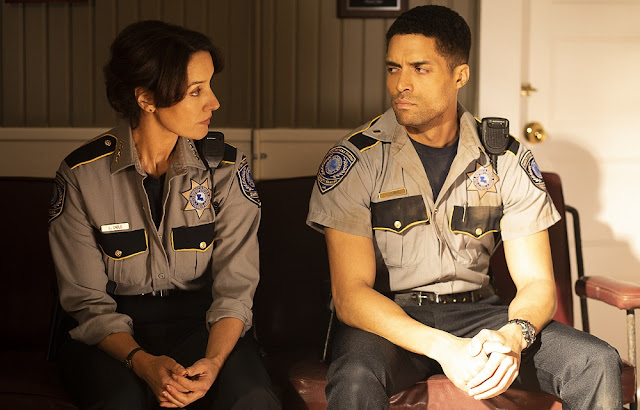 Do You Get Cable?

I was really happy when I saw that Matt Cable was going to have a presence in this show. This character is a mainstay of the Swamp Thing franchise, and the DC Comics Vertigo universe at large. His past romance with Abby, his future relationship, both with his former love and Swamp Thing himself, is a true tale of heroism in the comics. I wonder how much of it we'll get to see play out in the remaining six episodes, because in the original source material this man's future is the stuff of Dreams.

Jennifer Beals has always been a great actress, so I was happy when I heard that she'd been cast in this show. Her performance in this episode, when compared to how tough and grizzled she's been in previous chapters, shows her range and her skill. Don't mess with a momma! 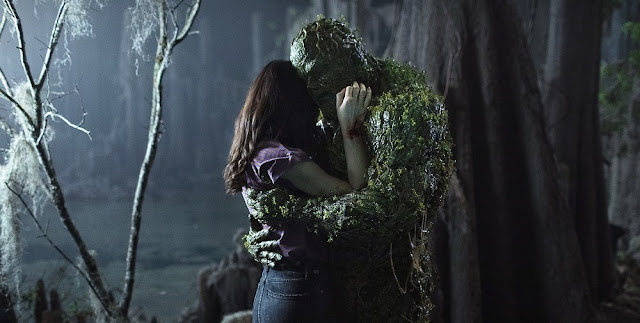 I was dreading the end of Doom Patrol, but Swamp Thing, just like it's predecessor, is delivering quality episode after quality episode. "Darkness On The Edge Of Town" gives us horror, suspense, heart and great character development. Not only do we get a standalone tale of terror, but the ongoing storyline has fuel added to its fire. We also get to learn a little more about Abby's past and what, or who, it is that she truly fears.

The only downside of reviewing TV shows is the long wait between episodes. Yes, I know that very few people, if any, even get to see great programmes like Swamp Thing in the U.K. and that even fewer see them before they even air, like I do.

When T.V. is this good, however, I'm usually the kind of person who wants to load up the next instalment ASAP... so it's gonna be a long seven days.